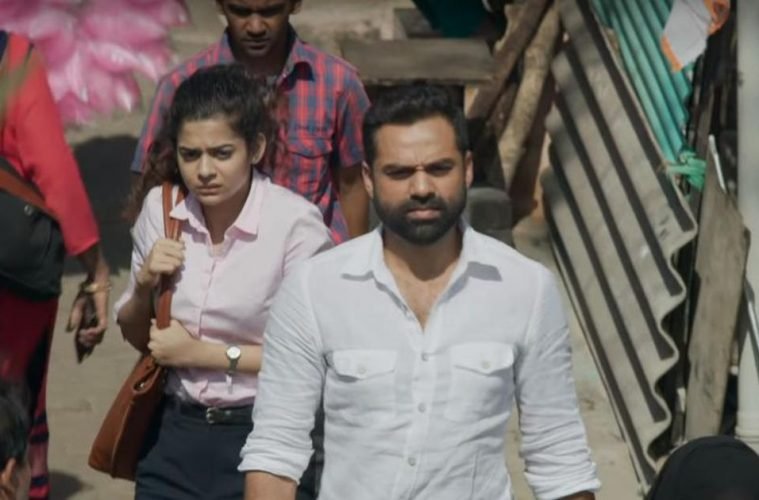 Chopsticks – A Review Of The Netflix Original

A trailer full of foibles of three contradicting roles played by Mithila Palkar, Abhay Deol and Vijay Raaz was quite a crowd pleaser. Chopsticks, a Netflix India original is a 100 minutes short little attempt at narrating a new story in an atypical fashion. 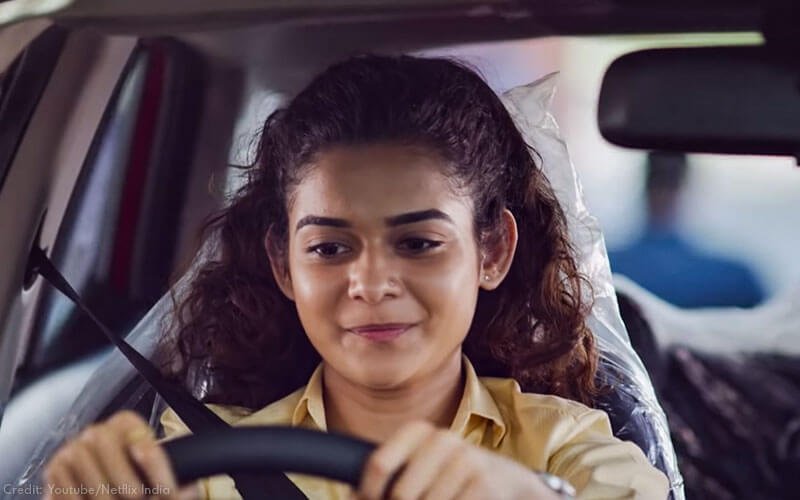 The film opens with a diffident young woman Nirma Sahastrabuddhe (Mithila) bubbling with glee, as she receives the key to her shiny red i10. Her nervousness increases when she realises that the digits of her new car’s number plate sum up to 9 and not 11. In her understanding, 11 is unlucky. This immediately highlights her lack of self confidence and dependence on superstition that perhaps determines her fate. But Nirma is also shown listening to positivity boosting phrases and repeating after the voice recording “When shit happens, I will convert it in to fertilizer!”. Not just this, there’s more.

A childlike Nirma is so innocent, that she believes anything and everything that people say. This allows the movie to dive in to its connecting twine, where she voluntarily hands over her car keys to a complete stranger believing him to be a valet. Her car obviously gets stolen and that’s when the film introduces its other characters.

The first thing that all of the characters do when they meet her, is crack a mandatory joke on this girl who is named after a 90s detergent. Talking about jokes in the film, they’re all audibly lame. Seldom such jokes sound comical when delivered with epic facial expressions. But this never happens throughout the story. Abhay Deol is the first one to open up a bag of jokes that leaves viewers half amused. We don’t know the name of the character Abhay plays in the film. But he’s fondly nicknamed “Artist Bhai” because of his proficiency to escape the cops despite being a popular con man.

A stranger outside the police station leads Nirma to this man who may possibly help her revive her looted car if the police do not bother to. In their first meeting itself, Artist develops a fondness towards Nirma’s gullibility. He decides to scroll down his list of unusual phone contacts to find any direction that will help them find Nirma’s stolen i10.

This eventually introduces the audience to Faiyaz Bhai (Vijay Raaz) and Bahubali. Not Prabhas, but a goat who Faiyaz immensely loves. I’m unapologetic for this weak joke because if you choose to watch Chopsticks, you’ll have to be prepared for similar ones. For instance, when Artist successfully breaks open a Godrej safe, he asks his assistant, “Manual kaha hai?” His unfunny response, “Manuel church gaya hai because aaj Good Friday hai.” Yes, you may roll your eyes now.

Not moving off-track the review like the movie does, I would want to admit that Faiyaz Bhai seemed to be a Majnu Bhai (from Welcome) trapped in Murad’s father’s body from Gully Boy. It’s a quirky blend of dissimilar characters. But the characters alone call you to watch the film and not its story. Faiyaz is seen amusingly punishing people who trick him. In one scene he makes a playback singer sing “Zindagi ek safar hai suhana” on loop until he fakes his weeping for a laugh at the end of the song. All this happens over a phone call!

The Story And Direction

The film is more like a soup of excellent actors mixed in to a bowl of a narrative that doesn’t know how it will finally taste. The story line doesn’t know where its going. The director must have known, but wasn’t able to properly sequence it. Or he just plainly sketched his characters and didn’t know what to do with them. Imagine a helium balloon that rose up and popped mid air. Although every actor in the film is individually contributing his/her best to the plot, they fail to dazzle.

At least a great climax could turn the tale. But the ending is nothing less than a hurried wrap up. A moral story for 6 year olds could sound more convincing.

One positive outcome of the story is that Nirma sheds all fear as a result of Artist’s constant company. Artist also converts his passion for cooking in to participation in Sanjeev Kapoor’s television reality show. We know of his love for food, the very instant Nirma apprehensively walks in to his unkempt abode that has a secret door to a posh, aesthetic and huge kitchen in the first 50 minutes of the film.

In my opinion, Chopsticks didn’t do justice to its actors. The story could have lived up to its expectations had it been manoeuvred better. Also, the title doesn’t really explain why the movie is labelled Chopsticks, save that Nirma is a Mandarin translator. The name might attract you, so may the actors. Hence you can go watch it, only for them. But do not expect an outlandish, fresh tale. That’s the whole point. There is no tale to tell.