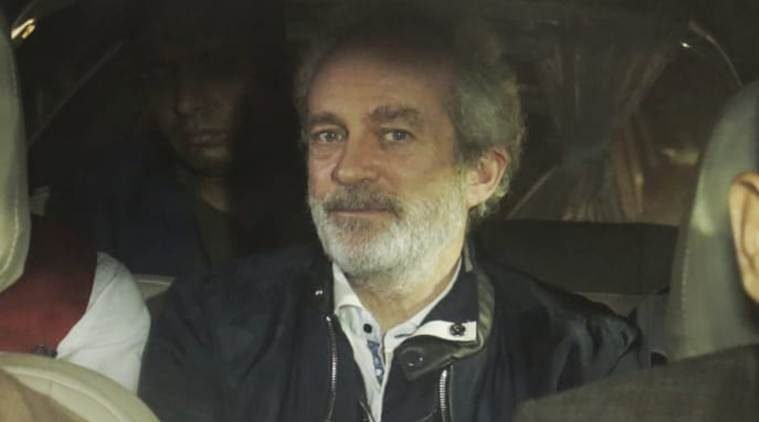 Christian Michel: Alleged Middleman In The AugustaWestland Scam Could Open The Pandora’s Box For Congress Party

The extradition of Christian Michel from Dubai has generated a lot of buzz in less than even 24 hours of his arrival in the country. It is a huge event. This could not only have an impact on the upcoming assembly election but also severely change the outcome of the 2019 general elections. While the opposition parties are busy questioning the timing of the extradition, the scales could already be tipping in favour of the ruling BJP. Christian Michel is facing accusations of bribing politicians, officials, and journalists in the Rs 3,600 crore AgustaWestland VVIP chopper scam.  He worked with two other middlemen to secure the deal for the AgustaWestland Helicopters.

The Scam & The Accusations

The British subsidiary AgustaWestland’s parent company Finmeccanica, an Italian company, revealed about the alleged kickbacks & corruptions during a judicial trial in Italy. Following the revelation, the deal fell through, and Indian agencies began investigating the matter. Former IAF Chief SP Tyagi is also facing accusations of accepting bribes and under arrest. Christian Michel received 42 million Euros from AgustaWestland for kickbacks to swing the deal in their favour. The ED claims that the service ceiling height was reduced from 6,000 meters to 4,500 by IAF. All this to ensure that AugustaWestland became eligible for the deal. Michel is also accused of using Dubai-based Global Services for money laundering and paying bribes. However, Christian Michel had denied all allegations and even wrote a letter to the PM clarifying his stand.

What Has Already Been Revealed?

The investigating agencies had recovered a hand-written diary which had details of the bribes paid. The diary had mentions of ‘AP’ and ‘Family’ in connection with bribes paid. Christian Michel had however denied writing the diary. Rather he claims that Guido Haschke is responsible for writing, another middleman accused in the case. Investigating agencies also know that he made about 300 trips to India between 1997 and 2013. His Dubai-based agency’s involvement came out in payments to a dummy Indian media company in Delhi. Interestingly, Michel’s lawyer claims pressure by Indian agencies to falsely name a few influential people in India for a personal exoneration.

The politics is already beginning with opposition parties questioning the timing of his extradition, even though the process has be going on since more than a year, now. The Patiala House Court today sent Christian Michel to five-day police custody. The CBI had sought the custody as they wanted to access and investigate documents in possession of Christian Michel. The court has allowed him to meet his lawyer twice a day for the next five days. His bail plea is on hold until next hearing.

The CBI is to question Christian Michel about the ‘AP’ and ‘Family’ appearing in the diary and the amount of payment in the form of bribe they received. His links to the IAF will also be under investigation. Additionally the possibilities of influence he may have had in IAF making key changes in the requirements. His role in the entire deal awarding process and kickbacks to him will also be under investigation.

Things look gloomy for the Rahul Gandhi led Congress party ahead of crucial polls. Meanwhile, Prime Minister Narendra Modi said in a rally that the ‘razdar’ will now spill the beans and ‘naamdars’ will face the law. He also added that Vadra would face action for his controversial land deal in Barmer, Rajasthan. To add to the woes, Karti Chidambaram is out on bail and the noose is tightening around senior Chidambaram for his alleged involvement in INX media case. Will this swing the upcoming elections in BJP’s favour?