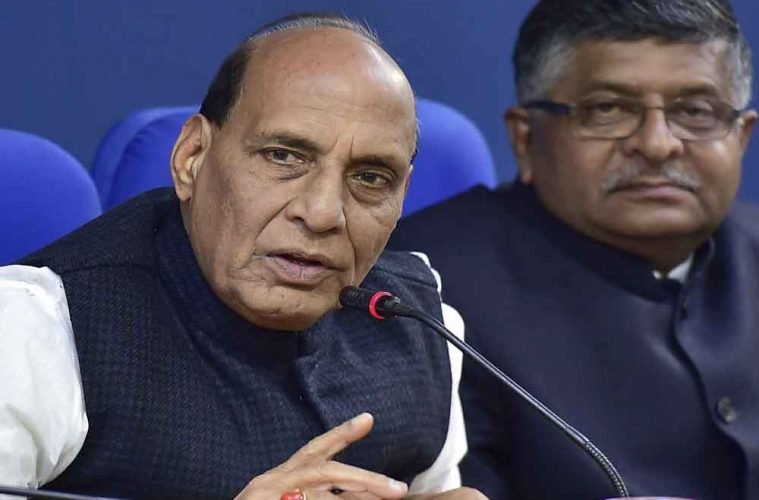 Citizenship Amendment Bill: Assam And The BJP – Friends Or Nemesis?

The heat is increasing as summer approaches. And it is not just because of the weather. The political atmosphere also witnesses a rise in temperature. Assam and its neighbours, their regional parties and student unions seem unhappy with the government’s decision to amend the Citizenship Bill.

During the 2014 polls, the BJP had promised to protect non Muslims in Assam. This meant declaring all illegal immigrants who crossed over to Assam post 1971 as official Indian citizens. That is quite a discrimination against the Muslims. But it is not the reason why protests have loomed.

The state’s citizens are unhappy and feel threatened about the fact that genuine citizens will lose their identity. Outsiders who may get citizenship might dominate and outnumber those who have long remained Indian citizens. That’s not all! Even India’s north-eastern arm will be under severe security threat if the Citizenship Amendment Bill takes shape. The Lok Sabha has already passed it in the house on January 8th. And on January 29th, BJP’s regional allies and others met in Guwahati to discuss against the bill. 10 regional parties have decided to oppose the amendment and appear determined to topple it in the parliament’s upper house.

Apart from security and loss of identity there’s another contradictory point to the Citizenship Amendment Bill becoming an Act – the NRC. NRC (National Register of Citizens) aims to determine the status of citizenship of an individual in Assam. During the Bangladeshi independence movement in 1971, several people migrated to India via the border dividing the two countries. Hence, the NRC aims to include all those people who stepped on the soils of the north-eastern states before 24th March, 1971. Even their descendants have a place in the NRC.

For those who entered India through north-east borders post the cut off date, the NRC demands proof of residence either in Assam or anywhere in India. The citizens’ register will include such people on meeting this requirement. This data was last updated in July 2018 and a provision to raise objections or make corrections was allowed up to 31st December, 2018. Nearly 90% of those whose names are included in the electoral roll have not found place in the NRC. And these objections  came hurriedly during the last 3 days of the correction window.

The catch here is that the NRC determines citizenship on the basis of evidence or lineage. While on the other hand, the Citizenship Amendment Bill mentions that a person must reside in India for at least 6 years to be declared a citizen. There’s no clear view on how or whether these two parallel laws will be co dependent. By essence, both these ideas cannot be mutually exclusive.

Is The Amendment A Solution to Assam’s Problems?

Illegal immigrants have lived in India for years either with or without our knowledge. Some may have forged documents and some others may not have anything at all to prove their identity.

The fact that only north-eastern states are the target of this bill is quite strange. Of course the explanation to this is that India, Pakistan and Bangladesh were a united mass of land at one point of time in history. And hence the only way illegal immigrants from these countries can cross over is through the borders outlining their respective countries and ours.

But many of these so called illegal immigrants do have Indian voter IDs. How did this happen? On what basis did these people become eligible to vote? No one has clear answers. But it surely depicts a lot of flaws in the country’s electoral system and document verification. Piles of paper having data regarding people who immigrated in the 70s aren’t something that can be sorted out nearly 4 decades later. Hence the Citizenship Amendment Bill and NRC are certainly not solutions to issues that Assam and its neighbours face. 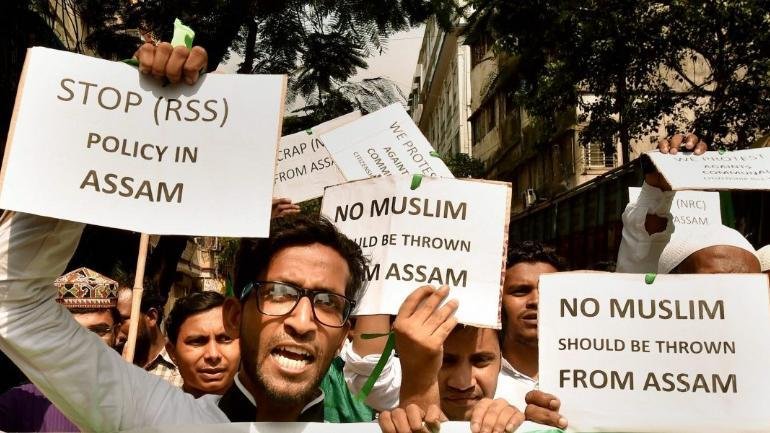 The Bill And Its Political Marinade

There are three main points of interest when we talk of the Citizenship Amendment Bill and the NRC. Firstly, the government at the centre is aiming to get support from north east India. How is it planning this? Their promise clearly mentioned protecting non Muslims who have had no state because of India’s partition. Their reason for not including Muslims in the list is that Pakistan, Bangladesh and Afghanistan are countries with a Muslim majority. So, illegal Muslim immigrants will not be persecuted or be under threat in these countries.

By implementing this, the BJP will get its share of support for the upcoming Lok Sabha elections without doubt. But it’s not as simple as it sounds.

This idea has backfired more than turning out successful. Because secondly, in the north-east states regional parties are more popular than parties at the centre. No doubt the BJP heads 3 out of 7 sisters of India. However their popularity is never constant.

Apart from the 7 states, West Bengal is also another battle ground for the NRC. And Mamata Banerjee is firmly against it. If the NRC expels all those who currently possess voters’ rights on grounds of being infiltrators, her party and hold over Bengal will be under severe threat.

Thirdly, BJP’s regional allies who must back the centre’s decision are also against the amendment of the Citizenship Bill. As quoted earlier, they fear domination by infiltrators in the north-east.

With these debatable points, it’s quite clear that there’s no proper reason or meaning to the updation of the citizens’ register and the proposed, partly passed amendment.

Where Will Millions Of People Go?

In this battle between political parties and citizens, we’ve forgotten the primary subject – the immigrants themselves. People who had nowhere to go made India their home years ago. And now, if these laws are finally enforced millions of people will be rendered homeless or rather state-less. Neither India, nor Pakistan or Bangladesh will want them. If their own countries don’t shelter them, they will have nowhere to go. Many of them have already ended lives owing to this.

Security threat is the first thing that hits everyone’s mind when the discussion is about illegal immigrants. But haven’t they been here for years together? Them residing in India for 48 years has caused less threat than what may occur if new citizenship laws are enforced. Humanitarian grounds are a point to consider when such a big change is being brought. Sadly, no one cares or questions. Politicians want their votes and citizens want their cultural threads intact.

All in all the Citizenship Amendment Bill and the NRC are proposals in shambles. All that they may ultimately result in is a gain or loss of votes. Now, who gains or loses is India’s summer puzzle.