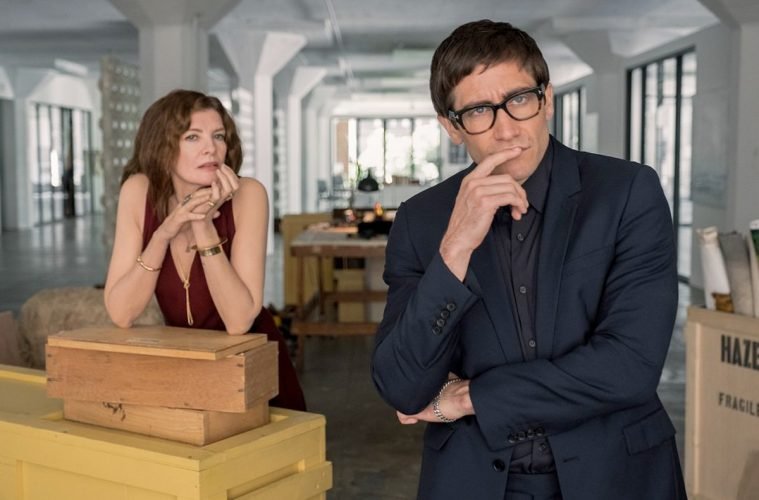 Critiquing (film or music or theatre) is not a lost art. Most people have access to everything that gets a release. The game now is about being someone whose opinion is actually sought after. There is no dearth of people who will spend hours criticizing someone else’s work. But in a world of “opinions”, only a few have something better than gibberish to offer.

However, when it comes to art, the common man is at a loss for words. A hodge-podge of colour, wavy lines on a blank canvas, negative space, white space – these are just the easy terms art critics throw around to make their point more palatable to the general public. It is probably why the art world is generally associated with all the moral deprivation and pretentiousness that it so callously embraces while denouncing it quite liberally – ironic, if you think about it. Fittingly thus, it is precisely this particular world that writer-director Dan Gilroy chose to set his psychological horror-film Velvet Buzzsaw in. 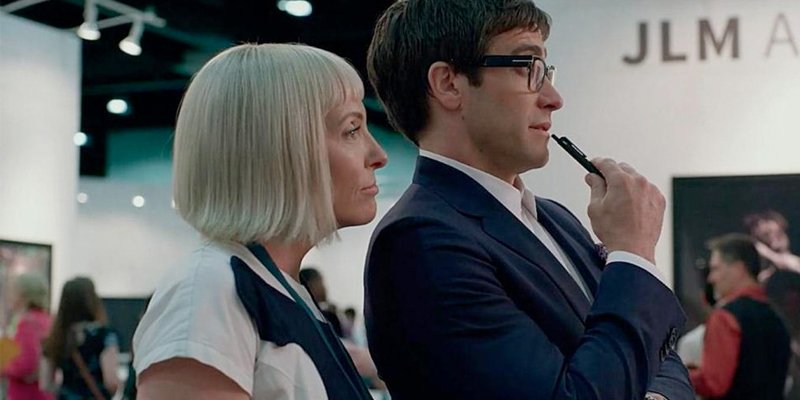 The first ten minutes of the film are a clear indicator of everything that Gilroy is going for. Flashy colours, overtly done up human beings, slick and polished interiors of art exhibitions and of course, the characters of the film moving in and out of the crowd like vultures, picking their prey. It is satire at its finest. Especially when it comes to Jake Gyllenhaal’s Morf Vandewalt. He is the typical art critic who hates everything that everyone loves. But then he loves all that people agree to love when he does.

It is mind-bending, yes, but this is what Gilroy does so well. None of these ideas should work on paper. Yet, a clear sense of what he wants from his frame and his actors lends a sense of structure to what might seem like a haphazard bunch of ideas. The art itself is generously thrown about each and every scene in the film. It almost feels like a secondary character. It is woven into the film that seamlessly.

Characters’ homes, the paintings they have, their phone ringtones and even the clothes they wear. All of these are tiny details but combined with the artistic sensibility of the director, they make for some stunning visuals and a couple of moments that are nothing but unforgettable.

The Actors And Characters

The performances are mostly excellent as well, barring a couple of turns that can only be termed as severely missed opportunities. Toni Collette and John Malkovich are the perfect examples of this. Their time in the film is limited and all they do is merely further the plot. It is tragic, especially judging the caliber these two can carry on their own. Jake Gyllenhaal and Rene Russo, on the other hand, make up for all of this.

Russo has mastered the art of the cunning, ruthless and towering businesswoman, something we saw her play in Nightcrawler as well. Gyllenhaal, of course, is fabulous as usual, his portrayal of the art critic slowly unravelling as compelling as any of his other performances. Zawe Ashton plays the ambitious assistant, but hers is the only character that feels like a lot of stereotypes stacked on top the other, even though she’s pretty good with what she is given. 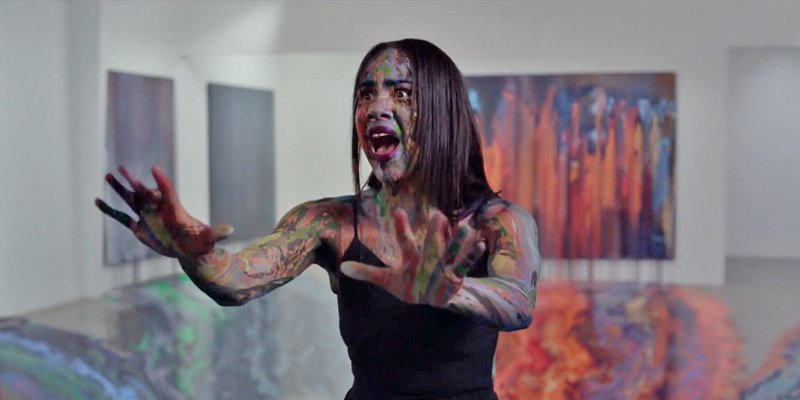 While the film succeeds in showcasing a proper and frankly openly mocking take on the art world, it lets down on the actual horror portion of the film. Relying on boring clichés and tired jump scares, Velvet Buzzsaw is just not scary at all, despite the stellar performances. It doesn’t help that so much of the film is humorous in tone that the scenes supposed to scare almost make us laugh even more.

That did not happen for me, but I would not be surprised if it does for some. It almost feels like the director never wished to make a horror movie, judging by his focus on the art world. However, the combination of satire and horror using this world as a backdrop is truly unique. One can honestly say that there are few films like this that exist.

Velvet Buzzsaw uses immense detail. The characters are fleshed out enough to not be caricatures. And of course, it has a darkly humourous tone to give us a glimpse into the workings of the art world. Even if it is largely exaggerated for our sake. Gilroy truly provides us with some stunning sequences with all these tools at hand. But he runs out of them when it comes to actually scaring the viewers.

It would be a stretch to say that this is a letdown. But it definitely falls short of expectations. Especially when there is such an abundance of talent, both in front and behind the camera. Despite that it is still a unique film that comes with an implicit promise. A promise that you will never see a painting in the same way again.