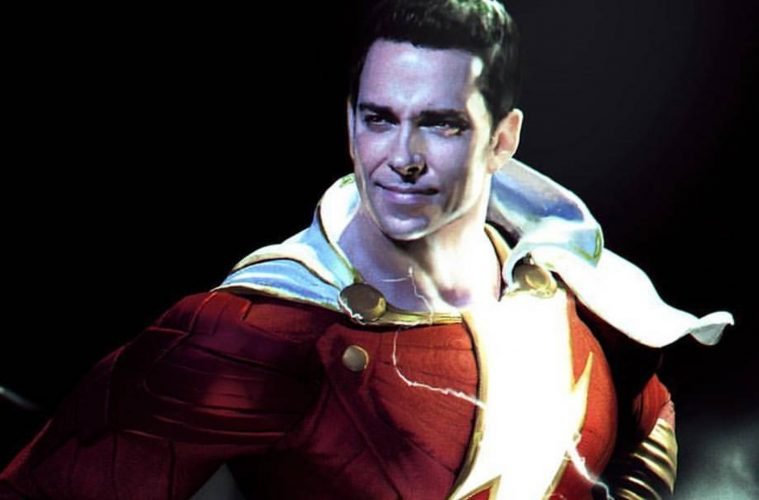 On paper Shazam! sounds a lot like the 1940s comic that made him popular. A child is given the powers of six Greek Gods (yeah, it is explained in the film) and basically turns into a superhero. It is every child’s dream come true – to have bullet immunity, super strength, super speed and flight and to be popular for all these things. This is one aspect of Shazam! that director David Sandberg nails.

You feel the glee and excitement that Billy feels when he gets his powers and even more so when he starts using them. Scenes with Billy and Freddy making YouTube videos of his superpowers were my favourite parts of the film. More than anything else, it reminded me of why I fell in love with superheroes in the first place.

Despite all of this, Shazam! never makes light of the unbelievable amount of responsibility that would come with powers like that. It is a simplistic concept but having powers and not using them to help people makes you a villain. And of course that is something that is paid attention to.

It does not take long for Freddy to call Billy out on basically using his powers to become an online sensation and make money (no spoilers, do not worry), while not actually doing what a superhero does or should do. Shazam! is not afraid to have fun with all its superhero gimmicks.  But it is not afraid to be real either. It is a very appropriate theme, especially considering how things turn out towards the end.

Everything feels real only because of how committed and heartfelt all actor’s performances are. These are not larger than life archetypes as many comic book characters are want to be. Instead they are very honest and genuine people. They have troubles like failing in tests, applying for colleges and the fact that they are all foster kids adds to that.

Even their foster parents do not feel like stereotypes or one-dimensional. They have personality, feelings and motivations and never end up feeling like the nice, forgettable couple in every movie about foster children and their struggles. The movie has excellent writing and even better acting.

This is why the chemistry between Asher Angel, playing Billy, and Jack Dylan Grazer, playing Freddy, is the core of the film. This is probably the movie’s strongest element. Given a good script to work with and a very carefully, thoughtfully built story, these two young actors do a marvellous job of playing off each other.

Freddy, the child with the physical disability is in love with superheroes. Billy, the orphan has looked out for himself his whole life, does not believe in family. Billy’s superpowers add an intriguing dynamic to this that truly provides this film a dramatic vantage. It allows Sandberg along with the two actors to really flex their dramatic muscles.

Any superhero film has to, well, do superhero stuff. As I said before, reading the plot reminded me a lot of the Golden Age of DC Comics – a wizard who is guarding Earth from the Seven Sins and need a champion to use his power and hold back those sins. It is a wild concept and sounds more fantasy than superhero with elements of magic and even the whole ‘chosen one’ trope. And yet, it feels so fresh and not at all like a story with tired, overused tropes.

David Sandberg wastes no opportunity to subvert our expectations or show off his horror movie skills, in scenes with the actual Seven Sins. It is completely obvious how much of this movie is his and not the studio’s and that truly is heartening to see. 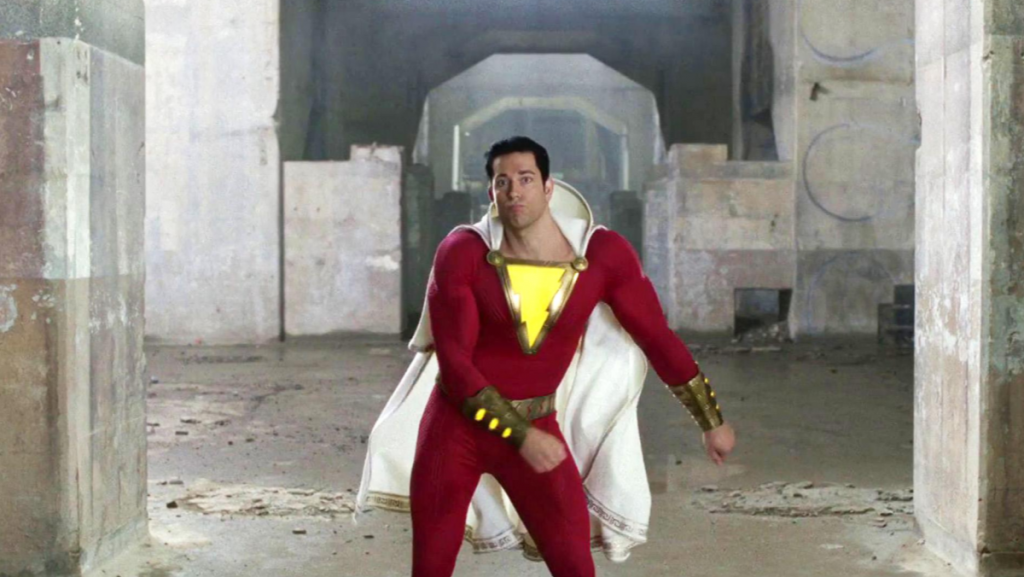 The Vibe Of It All

In terms of the remaining performances, Mark Strong does, well, what he always does – which is look good and badass while saying some of the cheesiest dialogues ever written for a comic book villain. Fortunately, the movie acknowledges this and the nature of his character from the comics and goes out of its way to give him believable and convincing motivations. All this while maintaining his super-villain aspect with as much ridiculousness as possible. Like the rest of the cast, Sivana does not feel like a one note character either even if he ends up as a largely forgettable one. But part of that may be because of how good everyone else is.

Shazam! does struggle to juggle the multiple elements it deals with. The movie is, after all, a mixture of superhero, action, fantasy and has elements of a coming-of-age story so it stands to reason that it loses its way in the middle. Billy’s arc feels a little too predictable and does end up feeling a little rushed even though it’s heart-breaking and utterly believable, one of the bolder choices made by the film.

Despite this, Shazam! manages to pull through by the skin of its teeth and ends up giving a positive, light and fun experience, while also giving us a story with heart and a lot of character. It never fails to acknowledge and even embrace the inherent silliness of its entire concept and story, and in most of the film uses it to its advantage. Anyone expecting a magnum superhero origin epic may be disappointed, but if you’re looking for a movie that makes you feel so good, Shazam! is exactly it.