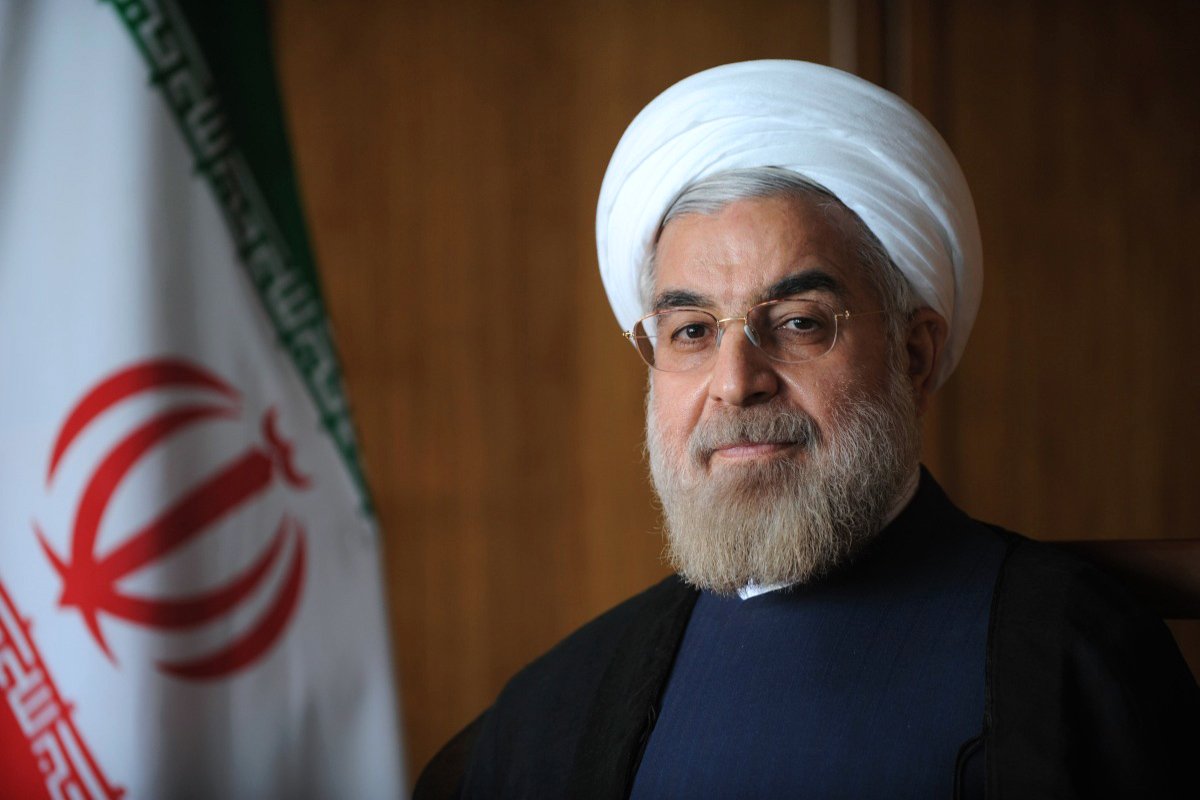 In the 12th Presidential elections that concluded recently in The Islamic Republic of Iran, incumbent president Hassan Rouhani won his second term in the office. A liberal and a reformist, Hassan Rouhani had won his first presidential election back in 2013. Rouhani had then defeated Mahmoud Ahmadinejad. He won the current election by defeating Ebrahim Raisi, a principlist cleric who is infamous for his involvement in the execution of political prisoners in 1988. So who is Rouhani’s challenger, and what history does he have? And what were the issues on which Rouhani won the elections? Let us have a look.

There are two main reasons for Rouhani’s win. The first is obviously the signing of the Nuclear Deal. No matter what anyone says, the removal of sanctions, even some of them, were welcome change for Iranian public. They had been living in dire economic conditions for over two decades. Now they were just happy that they could interact with the world again. They felt cheated on not getting economic benefits of the nuclear deal. However, since they had waited so long for the benefits, the citizens must have felt that they could give Rouhani another chance to prove his worth. It wasn’t as if Rouhani had not delivered any of his promises. Many voters were now more aware of the reasons why the economy had not improved. A global fall in oil prices coupled with Trump’s hate speeches against Iran spelt trouble for the Iranian image. 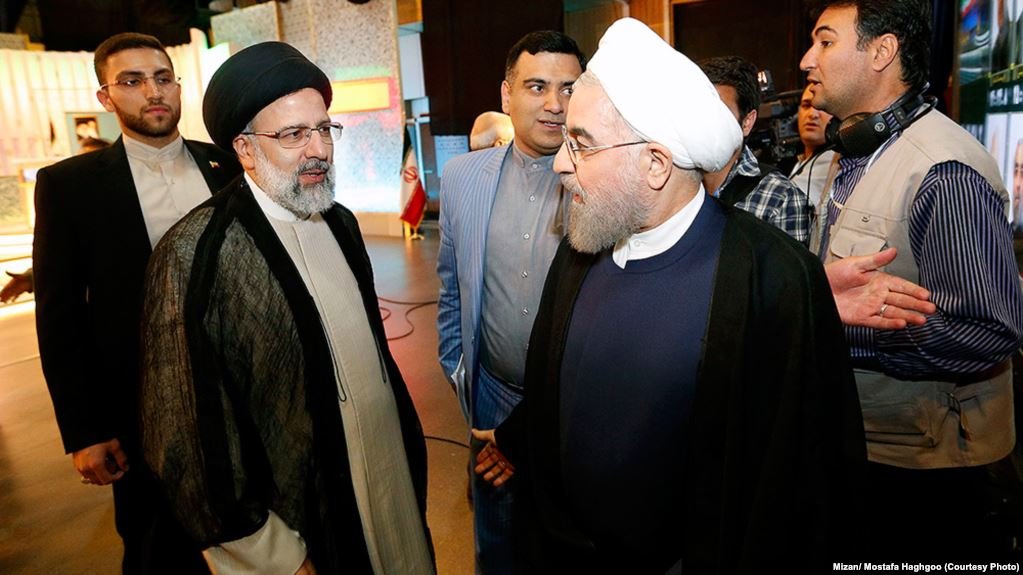 Hassan Rouhani was primarily challenged by Ebrahim Raisi, a 56 year old conservative jurist and cleric. Raisi’s only claim to fame, before his candidature in the presidential elections, was his appointment last year as the custodian of the shrine of Imam Reza. He was also made the chairperson of the foundation that manages its extensive complex. But more than the person, it was the personality that Raisi lacked. His inexperience in handling national level politics was clear in the televised debates and his selection of poll promises to woo the Iranians.

Raisi’s campaign banked majorly on one thing and one thing majorly, the failure of the nuclear deal signed by the incumbent president. He repeatedly claimed that the deal only benefited elite Iranians and not the common man, as had been promised. To make his campaign successful against Rouhani, Raisi targeted the one achievement the incumbent President had achieved in his term – the nuclear deal. Raisi kept asking why even after signing of the deal all sanctions had not been lifted. He also targeted Rouhani on his failure to deliver on previous elections’ promises.

Raisi took up the issues of poverty and unemployment for his campaign. Though the statistics supported Raisi’s claims, the electorate was not quite ready yet for such mature claims. He aimed his campaign at the poor and lower classes by promising welfare payments and improvements in the economic conditions. But that clearly was not enough.

The major contention of his campaign, however, remained the Nuclear deal and Rouhani’s failure at the same. But what is this nuclear deal and how did it assume so much importance for a developing economy.

On the prodding of the Iran’s shah Reza Pahlavi, Iran started nuclear work in the 1970s, mostly for peaceful purposes. Thing were quiet for a while until the Shah was overthrown by Ayatollah Ali Khamenei, who put an immediate stop to all nuclear projects. But after the relations between Iraq and Iran soured and the former used poison gas against Iranians, Ali Khamenei resumed the work on these reactors, not only for peaceful purposes but for military purpose as well. That angered the US and other western countries, which imposed sanctions on Iran after it refused to suspend its Uranium enrichment program. The western world claimed that Iran intended to use the Uranium for weapons development, vehemently denied by Iran up until 2013.

This denial, however, could not prevent a sanctions being placed on the country. Iranian economy suffered a lot. The sanctions resulted in the death of international trade to and from Iran, and the loss of cash inflow. The year 2013 saw the Iranian public take up the mantle. The public, frustrated by the lack of development and high poverty, chose reformist leader Hassan Rouhani as their President.

In 2013 elections Rouhani promised to end all the sanctions against the country. He assured everyone that if the sanctions were lifted, the economy will turn for the better. Consequently, every Iranian was to benefit hugely from that. He told the public what they wanted to hear and that won him the elections. Five years later, though a deal has been signed, not all the sanctions have been lifted. Even the economy is not as good as it reflects on paper. However, it is better off than its previous version. 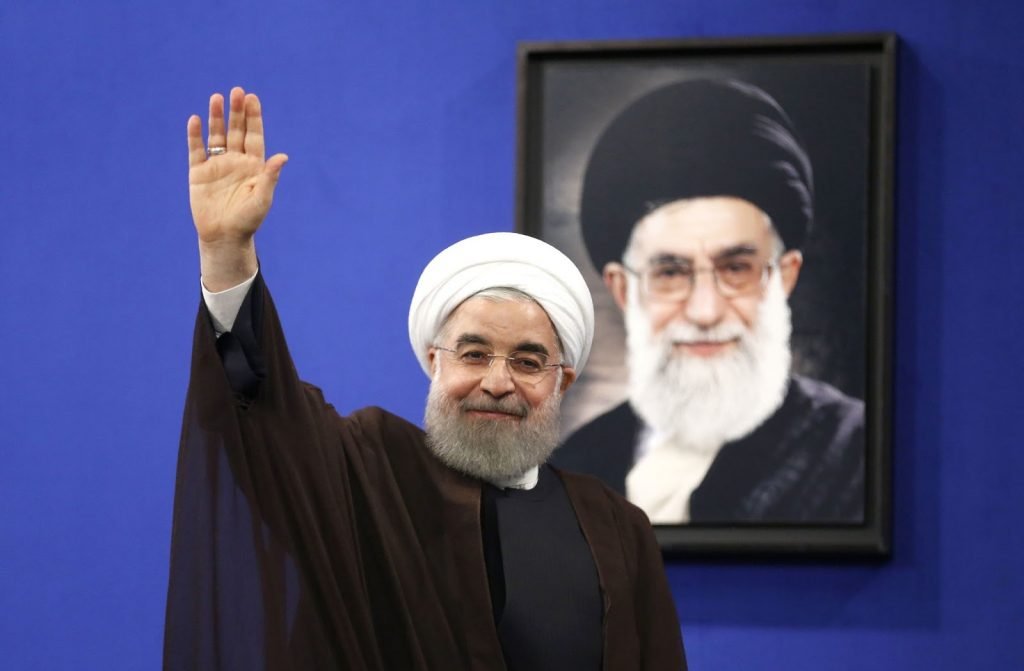 With Rouhani back in office, the nuclear deal seems to be safe for now. This is to say, at least from the Iranian side. The Americans however, seem fidgety. Donald Trump in his campaign dubbed the nuclear deal “one of the worst deals ever”. He promised to rip apart the deal as well as enforce sanctions on Iran once again. In addition to that, the US Senator Ben Cardin has co-sponsored a bill in US Senate . The bill proposes to impose new economic sanctions on Iran. This bill, if passed, could spell doom for the Islamic country and push it back to square one.

However, the US government recently renewed the waiver of sanctions. For the time being, it looks like we might not see Trump ripping apart that piece of paper anytime soon.

As a side note, it seems that Trump might be the American version of a certain Indian chief minister, who promises to shock everyone by unraveling big scams and conspiracies but soon does the one thing he says he never would. (Five points for guessing who I am talking about!)

Experts believe that the withdrawal from the nuclear deal could be a danger to US’ national security. (And if we have learnt anything from Hollywood movies, isn’t everything about national security in America?)

Having said that, we should expect hate speeches and resistance from silver spoon kid Trump about threatening to withdraw from the deal. Also, sometimes this megaphone wielding kid, out of irritation delivers on his promises the way no one wants. (Remember the repeal of Obamacare?)

Hassan Rouhani might have a tough road ahead of him, especially if Trump keeps threatening to withdraw this deal. The Iranian public have given him a second chance to deliver on his promises. He will have to do so to the full extent now.

Hassan Rouhani does not have much time in spite of a long to-do list. If Donald Trump and other unstable elements keep progressing on their threats, the said time pan might curtail.

It seems that Rouhani might be putting in just as much effort, if not more, to maintain the image of Iran as the quintessential “good boy“.