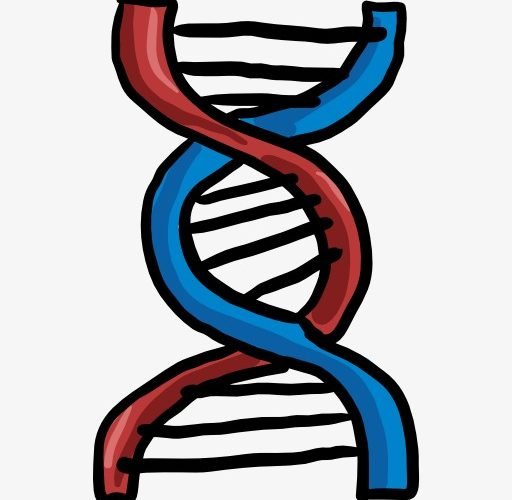 DNA Profiling Bill And The Chaos Around It

It has not been long since the AADHAAR fiasco happened over Twitter. TRAI’s chairperson R S Sharma threw an open challenge to social media users, to hack his details. He quoted his 12 digit AADHAAR number publicly, followed by a lot of debate. Thereafter, in a span of about ten days the parliament introduced the DNA Technology (Use and Application) Regulation Bill, 2018 in the Lok Sabha.

This bill, simply called the DNA Profiling Bill, is making everyone feel insecure just like the AADHAAR is.

What is the DNA Profiling Bill?

DNA testing, also called DNA typing, determines characteristics of an individual’s DNA. DNA profiling is a technique of saving this information in a secure data bank. This data proves useful in forensic and criminal investigations. Investigators can compare the data stored, to data found at crime scenes. Hence, the DNA Profiling Bill is a bill that covers prospective laws on extraction and storage of DNA related information of Indian citizens.

How Did the Idea of this Bill Come About?

In 2012, the Lokniti Foundation (an NGO) filed a PIL in the Supreme Court. Lack of government provisions to have a national DNA data bank led to this litigation. The absence of such a data bank made it difficult to tackle the issue of unclaimed dead bodies. Since an estimated 40,000 corpses remain unclaimed annually, the foundation thought it necessary for the country to maintain a DNA database.

The government considered this plea and began designing a blueprint to implement this idea. Soon, it introduced a complete bill covering provisions for DNA data banking in the Rajya Sabha during the parliament’s monsoon session. But the bill faced withdrawal owing to opposition from members. The Minister for Science and Technology later reintroduced it in the Lok Sabha on the 9th of August, 2018.

Architecture of the Bill

A DNA Regulatory Body will advise the centre on establishment of DNA laboratories and functioning of DNA data banks. This governing body is to have 12 members having eminence in the field of biotechnology and biological sciences.

Various states can have DNA testing laboratories. They must absorb personnel who are qualified to carry on the prescribed procedures. The bill stresses on regular training and skill enhancement of employees. Fees for each sample tested cannot exceed Rs. 25,000 or as specified by the Act from time to time.

The laboratories should not have possession of samples after the completion of the testing procedure. They must be in the safe custody of the concerned investigating officers until the case has reached its logical end.

An individual’s consent is necessary before extracting any bodily substance for a DNA test. But this is only in cases where the offence involves punishment not exceeding 7 years. The question of consent does not arise if an offender or accused is under trial for an offence involving a punishment of more than 7 years.

In certain cases the accused may not provide consent. Consequently, investigators can write to the Magistrate having jurisdiction, applying for permission to extract samples. The authority to decide lies with the Magistrate whether the test results can prove or disprove an individual’s involvement in the crime.

The Bill prescribes setting up of data banks at both regional and national levels. They will receive their data from testing laboratories. Every individual will have a separate DNA profile. This will in turn enable determining the required indices; such as – crime scene index, missing persons’ index, unknown deceased persons’ index, etc. Only authorised persons can have access to these DNA profiles.

Protection of Information in Data Banks

DNA data derived from persons must remain secure and confidential. The Bill prescribes its use only for investigative and authorised purposes. Unauthorised access can cost a person a maximum of Rs. 1,00,000 and imprisonment up to 3 years. Whereas intentional destruction or tampering of data can land him/her in prison for up to 5 years and a fine of up to Rs. 2,00,000. 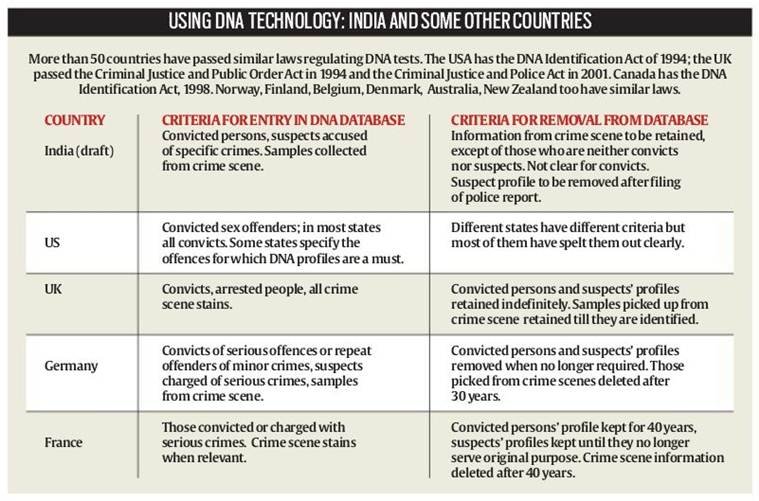 Of course this Bill aims to tackle tough situations where it is difficult to trace perpetrators of a crime. For instance, if a person is a crime suspect after initial analysis, his/her DNA testing can produce results useful for further examination. If blood, saliva, urine, hair, semen or other such body effluxes found at the crime scene match with suspects, solving the case becomes less complicated.

Plane crashes, blasts and other horrid accidents make bodies unidentifiable. DNA data banking comes to the rescue in such cases and can help trace bodies to their respective families. Other uses also extend to tracing families of children or persons rescued from brothels.

But it is not as easy as it sounds.

In a country where criminal investigations are shoddy and where there is a shortage of professionals who can perform DNA testing procedures, this Bill doesn’t look like a promising idea. Contaminated samples can mislead investigations. Security of data is also another issue. Corrupt officers or those in need of money can leak data for their advantage. On the other hand, in well planned crimes people can also be impersonated.

Talking about consent, the provisions of this Bill even violate personal privacy. Consider a suspect who may actually not be associated with the crime. If the crime is a specified offence, consent doesn’t matter at all for extracting samples for further testing. Dignity of an individual and his/her privacy remains ultimately compromised.

The Bill also suffers severe lack of cost-benefit analysis. As per the government, setting up a DNA database involves an initial cost of Rs. 20 crores and an annual maintenance cost of Rs. 5 crores. Whereas, setting up a DNA database cost the UK nearly £300 million. There seems to be a huge gap between these figures. Our country definitely cannot afford careless estimates.

The DNA profiling bill did not receive a hearty welcome when it was first introduced in the Rajya Sabha. After AADHAAR appearing to be a tool for surveillance, the Congress widely criticised the Modi government of confirming their stance through this bill.

Since the Upper House failed to discuss this bill, it was introduced in the Lower House just a day before the conclusion of the parliament’s monsoon session. Congress Spokesperson, Mr. Abhishek Singhvi expressed that the bill did not get the required numbers in the Rajya Sabha and was hence reintroduced in the Lok Sabha for an apparent win due to the strength of the ruling NDA.

The BJP has also been heavily condemned for not waiting for the Data Protection Law which deals with how the government should use citizens’ data.

While the real objectives of the Bill can only be uncovered after it is finally passed and enforced, citizens remain helpless and at the receiving end of any unexpected turn of events that can threaten their privacy and autonomy.