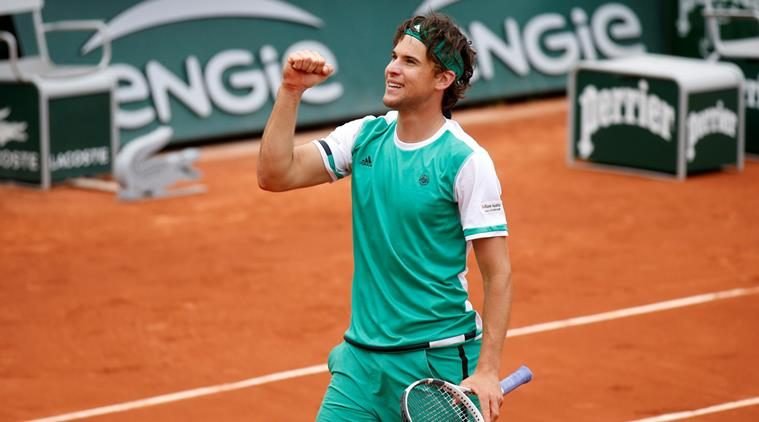 Dominic Thiem : A Champion Waiting For His Throne

The Orange Grand Slam has reached its money stage. As expected, 3 out of the 4 semi-finalists at this year’s Roland Garros are the usual suspects. There is however one young gentleman (boy) who stands out. A 23 year old next-gen star from Austria who has been giving us constant reminders over the last couple of years that he is here. And he is here to stay. Barring the fact that he is a Chelsea fan, there is not much wrong with him. His powerful one handed backhand gives you every reason to believe that he is here to take the tennis world by storm. His appetite for tennis never seems to die out. Having played all throughout last year barring the Olympics, he notched up a staggering 27 tournaments. The name to remember ladies and gentleman is Dominic Thiem.

Last night, Dominic Thiem thrashed, bullied and annihilated the world #2 Novak Djokovic. The former champion from Serbia looked out of sorts and flabbergasted. He had absolutely no answers to Thiem’s kick serve which worked ever so well. To put things into perspective, this will be the first time since 2011 that Djokovic will drop out of the top 2 rankings.

This piece however is not about the Serb. This is an accolade to Thiem. With victories against Nadal and Federer (2016) on clay already in his bag, the young Austrian proceeded to dominate the world #2 in their quarter final match at the French Open. The state of the events were so one sided that Djokovic was bageled in the third set (for the first time at a GrandSlam since 2005).

Much of Thiem’s success can be attributed to the legendary coach Gunter Bresnik. He convinced Thiem to give up the two handed backhand and worked with him into developing a powerful one handed version of the shot. Bresnik (for those who aren’t aware) was Boris Becker’s coach back in the day and played a very important role in developing Becker into the star player that he went on to become. 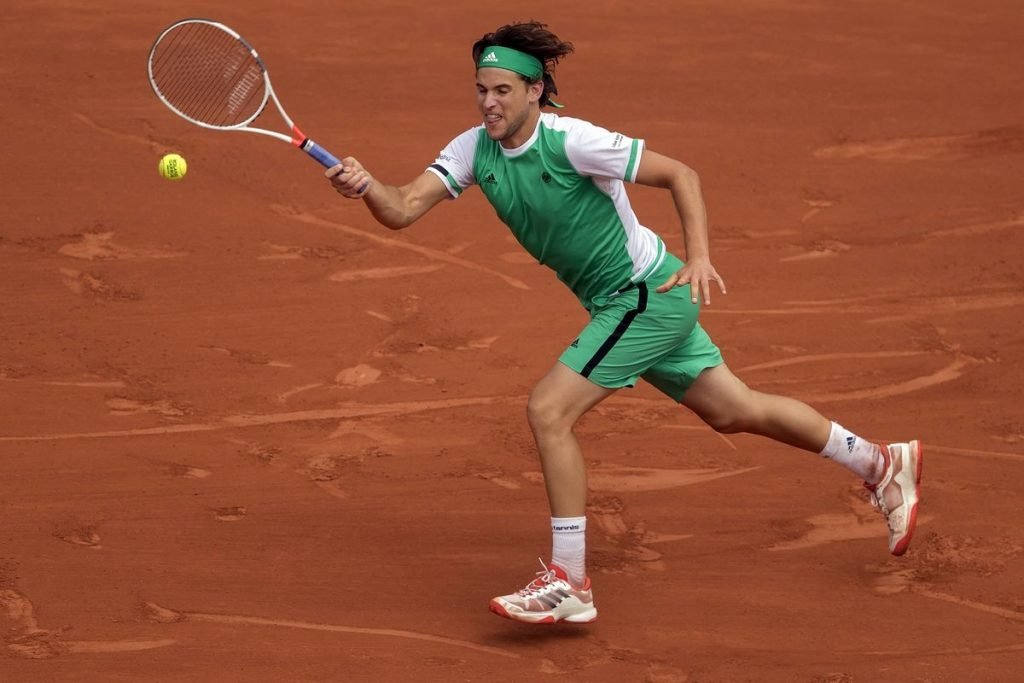 Standing at 6 feet tall and over 170 pounds, Thiem’s game play is physically quite demanding. His big stroke follow through means his whole body frame moves with him when he is in full swing. That does make him a tad injury prone if he is not careful about managing his body at a young age. A strong, hard-hitting baseline game is strength along with a good top spinning serve; and he is not one to hold back when it comes to searching for winners. A strong mentality, a good head on his shoulders and a great future ahead of him, Thiem is part of the reason there is hope for men’s tennis after the big 4 of Federer, Nadal, Djokovic and Murray call it a day.

Thiem has a 34-12 record on the season, second only to his next opponent, Rafael Nadal who is now 41-6 overall in 2017. Nadal is now 100-2 in best-of-five sets Clay Court matches having reached his 25th major semi final. The greatest clay court player ever looks set to consolidate his tally of 9 Roland Garros titles. There is a little evidence to show that Nadal will slip up. Or that Thiem can pull off the biggest upset of his career. But judging on his recent form, he can certainly give the Spaniard a run for his money. However, having come this far and with a huge reputation that is scaling new heights by every passing tournament, one thing for certain is that in Dominic Thiem, we certainly have a new Grand Slam Champion waiting to take his throne.