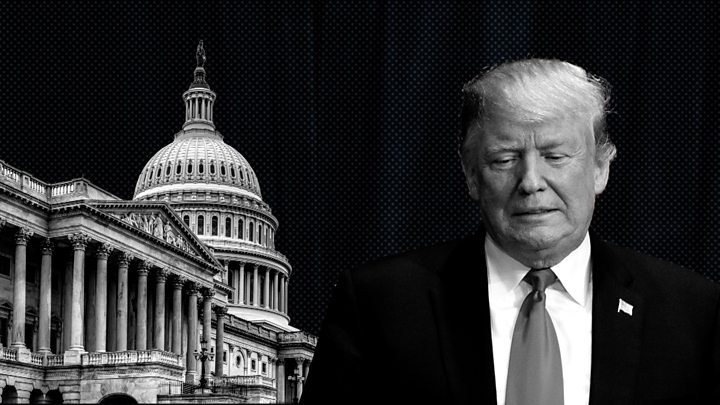 Donald Trump And The Impeachment Swamp: What Has He Gotten Into Now?

President Donald Trump is no stranger to gusts of controversy. Thus it is no surprise that he is in the middle of a controversial storm right now. However, this time the controversy has initiated an impeachment investigation. On September 24, 2019, impeachment investigation and inquiry were initiated by Speaker Nancy Pelosi. This comes with the accusation against the President of betraying his oath of office, the integrity of the country’s elections, and national security.

By definition, Impeachment means the action of calling into question the integrity or validity of something or someone. In the specific case of United States it means a charge of misconduct made against the holder of a public office. In the United State’s constitution, Article One gives the House of Representatives (lower house of US Congress) the sole power of impeachment and the Senate  (upper house of US Congress) the sole power to try impeachments of officers of the U.S. federal government.

The Procedure for Impeachment

As per the US Constitution, a federal impeachment may be initiated on the grounds of treason, bribery, or other high crimes and misdemeanours. On the Federal level, the impeachment is a three-step process. It is to involve the Congress, the House of Representatives, and the Senate.

The process begins with an investigation. It is the Congress that is entrusted with investigating the charges against the civil officer in question. Subsequently, the House of Representatives must pass the allegations that have been made. Once a simple majority of those present and voting pass it, the officer will be deemed as impeached.

The Senate, after this, has to conduct a trial. The trial is presided over by the Chief Justice of the United States. As soon as two-thirds of the Senate vote for conviction, the officer in question is removed from office.

The Report On The Whistleblower

The current accusations that Trump faces come from a recent report about a whistleblower. This whistleblower in a letter states that he/she belongs to the CIA and has information from meeting many people about the President’s digressions. The report alleges that Trump abused his power for personal interest. Specifically, that the President had pressurized the Ukrainian President to launch and investigation involving former vice president and now presidential candidate Joe Biden and his son Hunter Biden.

Hunter Biden had previously taken a board seat on the Ukrainian natural gas company, Burisma Holdings. Thus, this investigation is supposedly into the activities of the duo, in the company. President Zelenskiy was also reportedly pressured to assist in uncovering Russian interference during the Presidential Elections of 2016. Later, two senior administrative officials reported that a week before the call, Trump had ordered his administrative staff to withhold around $400 million in aid to Ukraine.

Trump’s one of the first few reactions on the initiation of his impeachment investigation has been to cry foul. He tweeted and repeatedly stated that the whistleblower policy was changed just before he got stuck in the proceedings. He wanted to know who this alleged whistleblower was and why, if he was not on the call directly on the particular day, is being taken seriously.

Additionally, Trump refutes any connection between his hold on military aid for Ukraine and Ukraine’s investigation into the Biden’s activities. He did, however, acknowledge that he had a conversation with the Ukrainian President. He also accepted having spoken about the Bidens during the conversation. However, he stated that the context was how he did not want the Bidens “creating to the corruption already in Ukraine”.

This conversation between President Trump and the Ukrainian President was intimated to the Chairman of the Senate Committees on August 12, 2019, through a letter. The whistleblower, who wrote this letter, continues to be anonymous. The only known detail about them is that they are an intelligence officer. In their letter to the Senate, they mentioned that they do not work in the White House. 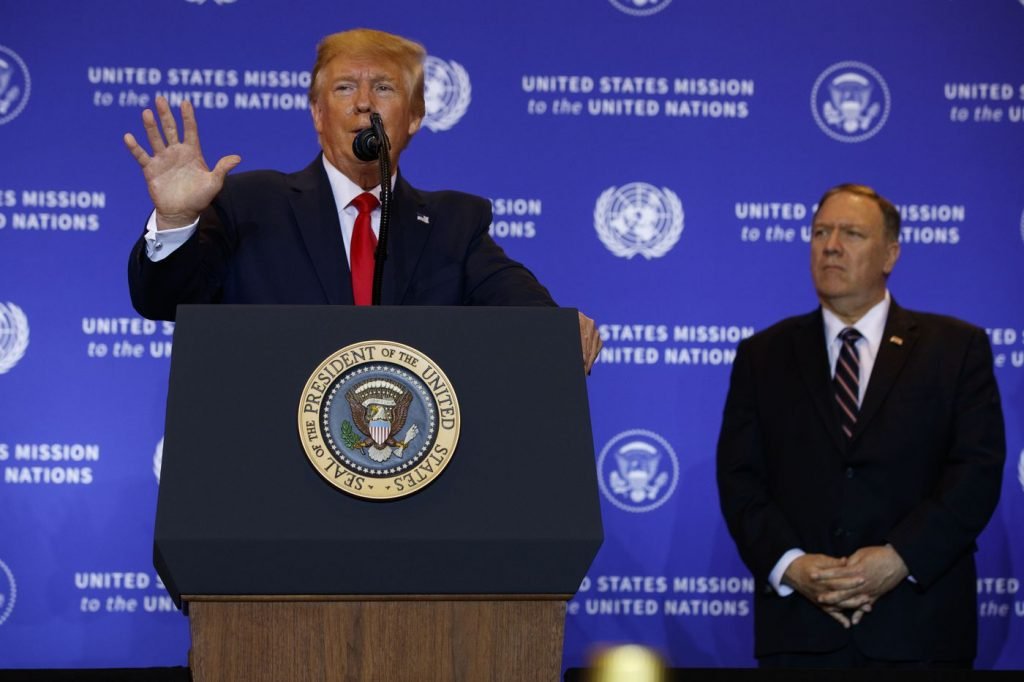 A Spy Inside White House?

President Trump has reportedly accused the whistleblower of being a spy guilty of treason. Even though the identity of the whistleblower continues to be protected under Federal laws, concerns are rife. The lawyers for the Whistleblower have voiced some serious concerns regarding the safety of their client, especially in light of Trump’s comments.

However, Trump’s own administration has complicated the president’s argument by releasing a memo summarizing his call with Zelensky that confirms the central allegation contained in the complaint.

But Trump still stands on his innocence claiming that all the evidence pitted against him comes from second-hand sources and are not be taken seriously.

All through this, there are still a lot of supporters of Trump who do not agree to his impeachment. To try and figure out who these people are is to clearly state that we are still not over and do not understand the 2016 results of the US elections. The simple mantra that the Trump team kept repeating and prodding with was “Drain the swamp”. The swamp here being the political system of the country. Let us start with first things first.

People who voted for Trump are at the heart of not trustworthy of the government. Thus, they are fine with someone like Trump’s many exaggerations and outright falsehoods. He is judged in a very different light than rest of the candidates. Rather to be mad at Trump for calling an investigation on a Biden or for that matter a Clinton, is to first say that the Clintons and Bidens are not inherently corrupt. Which a lot of Americans will not agree to.  Trump is chosen because he is a disrupter.

To wanting to stop him now for his flooding foolishness and many many acts of “not following the form” will be to give unquestioned respect to American government, especially the intelligence community. This would not happen, for sure. 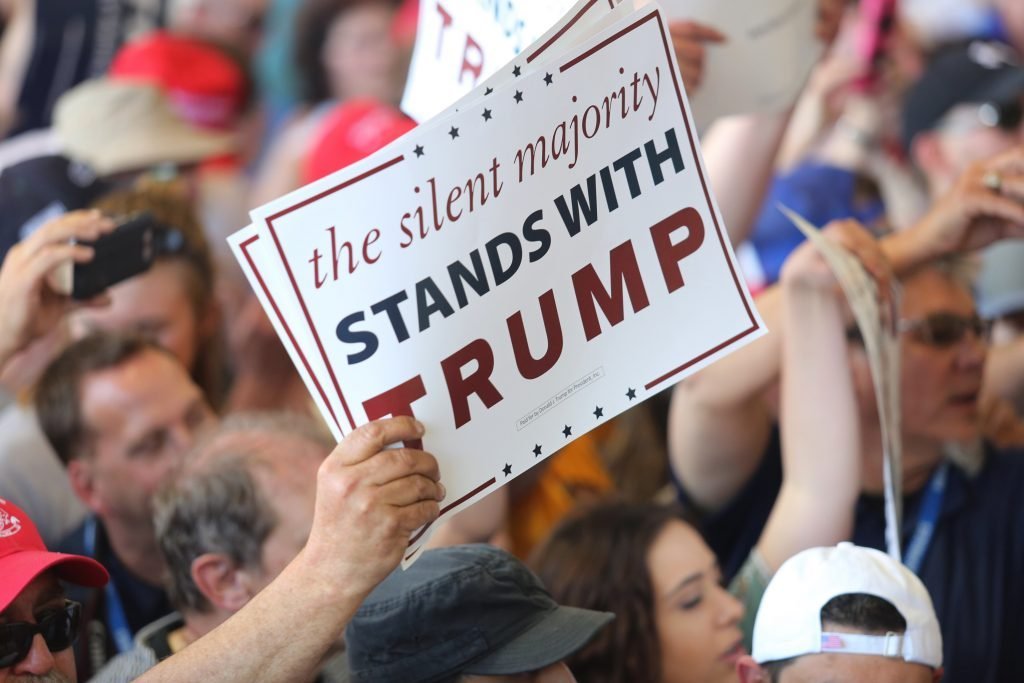 In the House of Representatives, a simple majority of 218 is required to pass the allegations against the officer in question. At present, the Democrats have the requisite majority in the House of Representatives. In the Senate, on the other hand, there are 53 members of the Republican Party and 47 members of the Democratic Party. President Trump is a member of the Republican Party.

To ensure that the process of impeachment is completed, two-third senators have to vote in favour of the impeachment. This means that, if all Democrats vote against the impeachment, they would still require the support of about 20 Republicans.

Has This Happened Before?

In the past, impeachment proceedings have been initiated against three American Presidents. These are Andrew Johnson, Richard Nixon, and Bill Clinton. While Richard Nixon resigned before the proceedings in 1974, proceedings for the other two occurred according to process. Neither of them was impeached.

During the impeachment proceedings, however, it was noted that the pattern of voting crossed party lines. Despite this, it remains unlikely that twenty Republican senators would blur party lines to vote in favour of the impeachment.

Status Quo and the Road Ahead

For now, the investigation continues to be underway. The Intelligence, Foreign Affairs, and Oversight committees have been assigned to this task. Recently, Chairpersons and members of these committees released a memo and draft subpoena. They are trying to request the White House to produce certain documents, but have been unsuccessful in all their attempts so far.

All of this is, however, merely procedural. Whether or not the impeachment will be successful seems to be heavily reliant on how the Senators vote. Whether they vote for their party or according to the interests of the nation remains a question that only time is going to answer.

Note: By late evening of 4th October, 2019, another official has stepped forward to act as the whistleblower in this case. This person has not been heard out yet and no one knows what evidence they plan to present to further the investigations. But this investigation is not going to halt anytime soon.

Find our other articles on issues with Donald Trump’s presidency, here.