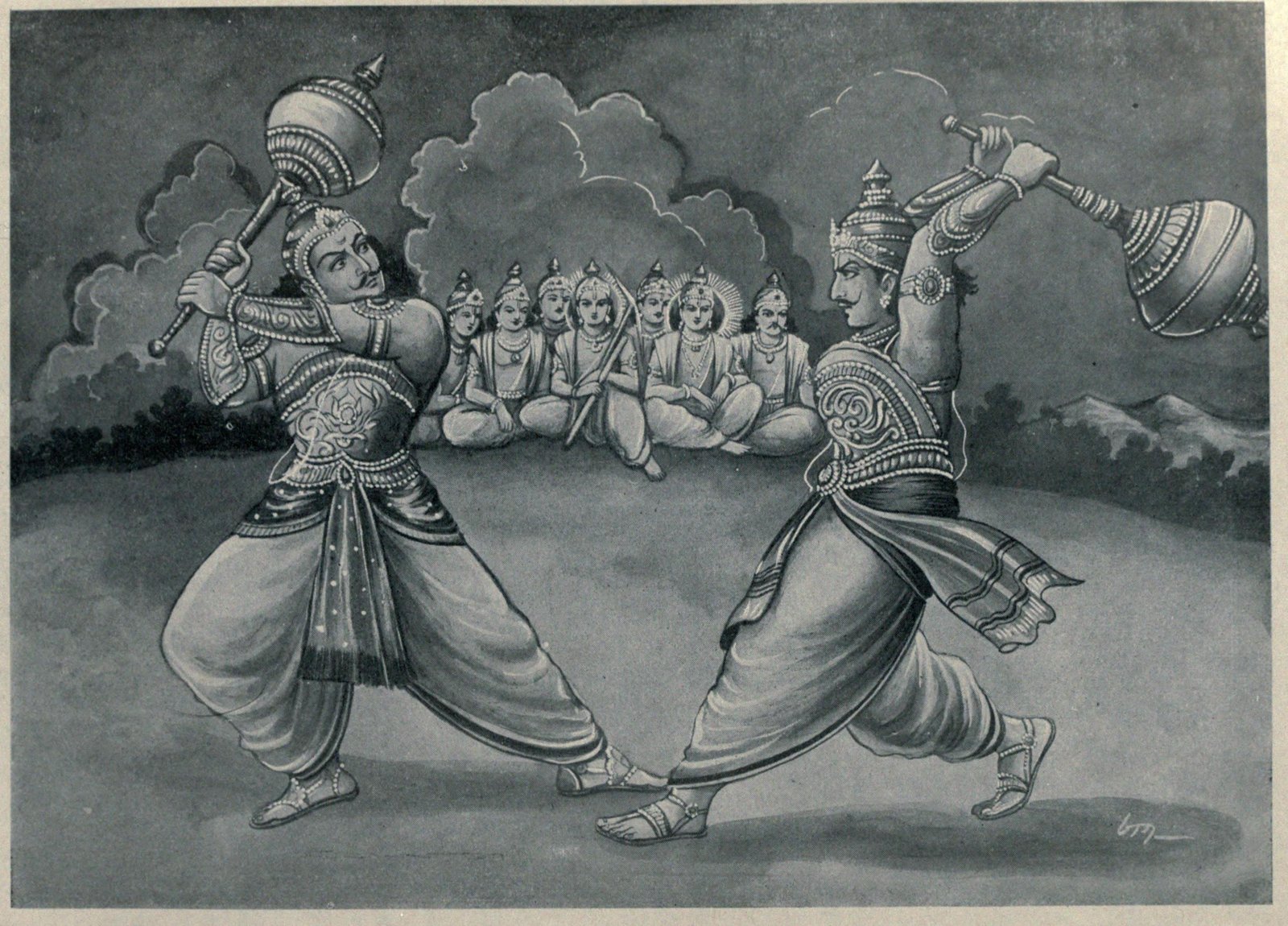 Duryodhana – Was He The Villain Or The Victim?

Mythologies across the world and over ages have either been to revered or been dismissed as folklore. Either way, we have read and been conditioned to judge historical, mythical figures based on the idea of good and evil. With changing times, however, writers, historians and students of mythology alike have challenged the pre-existing notions and beliefs.

One such idea is that Duryodhana was a bad guy. Ask anyone you want to, and this is the answer you get. People who have read/watched Mahabharata reaffirm this idea that he was indeed a villain.  The only problem here is we see what we have been made to see. The good and the bad are defined well in advance. Everything comes in packed boxes. A box of all things right and all things wrong. We pick a box as per our convenience. We are easily scared. Anything that threatens our convenience is bad or wrong.

Take the example of Duryodhana. Like every villain, he was a victim. Duryodhana, the eldest of Kauravas was born to Gandhari and Dhritarashtra. While  Dhritarashtra was born blind, Gandhari chose to remain blindfolded for her entire married life, accepting the fate she was tied to. 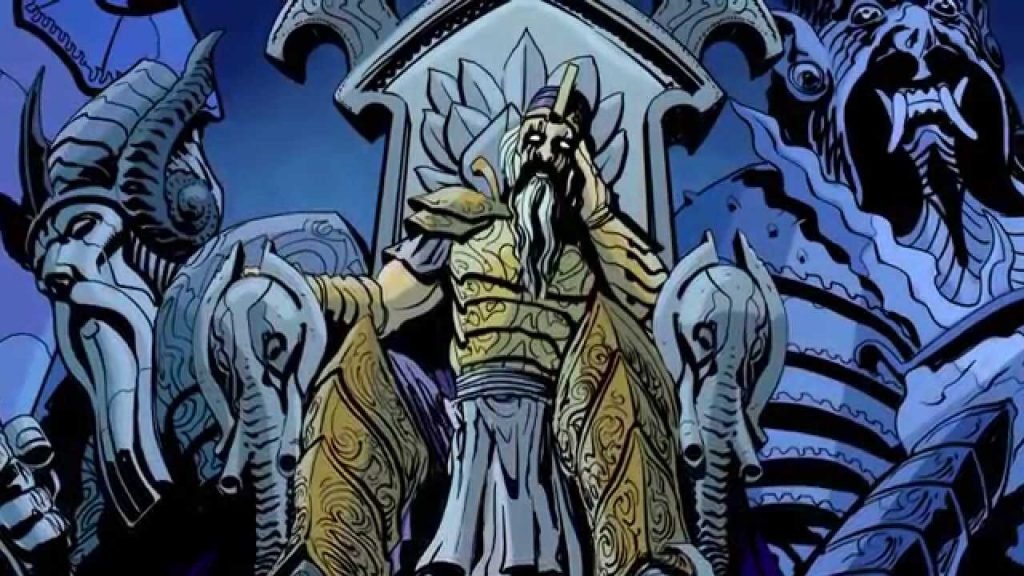 Gandhari’s brother was unhappy with her marriage to a blind man, but kept quiet. Consolation was that his sister was going to be the queen of Hastinapur post marriage. When the time came to choose the King, Dhritarashtra, who in spite of being the eldest son of the King Vichitravirya, was denied the throne of Hastinapur because he was born blind and Pandu was made the King instead. Shakuni, Gandhari’s brother felt betrayed and swore to destroy Hastinapur’s prosperity and peace.

Time changed, Pandu went to a forest for hunting and ended up killing a sage and was cursed that he would die the moment he touched any female. He decided to renounce the kingdom and live in the forest as a hermit with his two wives Kunti and Madri. Dhritarashtra was the king now. Pandu would never bear any children through his wives due to the curse and it was certain that Dhritarashtra’s child will be the next king. But again, destiny had something else in store. Kunti’s son was born first and as per the rules he would be made the king when he grew up.

This was the beginning of shaping up of Duryodhana’s future. Pandu succeeding yet again agitated Dhritarashtra and Shakuni. Shakuni, the biggest manipulator, decided to create hatred in Duryodhana’s head for his cousins Pandavas. Duryodhana and his brothers bullied Pandavas, tried to kill them, humiliate them from time and again. Shakuni always told Duryodhana how Pandu and his children were the reasons he would never be the king. How Dhritarashtra was incapable as a king as he was blind and if Duryodhana didn’t get rid of Pandavas, he would lose the throne to Yudhishthira.

At each stage of his life, he was fed with hatred, jealousy and envy. When Yudhishtira became the king of Indraprastha and Draupadi’s palace was created, Duryodhana was filled with envy. His humiliation upon hearing Draupadi laugh at him after falling into the trap of one of the illusions of the palace made him hate her and he decided to take his revenge. At first, he tried to duplicate Draupadi’s palace and failed. It irked him further. He was ready to attack Indraprastha when Shakuni stopped him and said that he had a better idea that will not only make Duryodhana the king of Indraprastha, but also make Draupadi his servant.

Disrobing of Draupadi was the gravest sin that was committed by Duryodhana and supported by Karna. Some of the books say that Karna was the one who suggested that Draupadi should be disrobed while Duryodhana ordered her to sit on his lap. A lady could sit on the lap of only her father and husband. It was considered an insult if another man invited a lady to sit on his lap. After Dushassana’s attempt to disrobe Draupadi, she cursed the Kauravas that all of them will be killed in the great war of Kurukshetra. 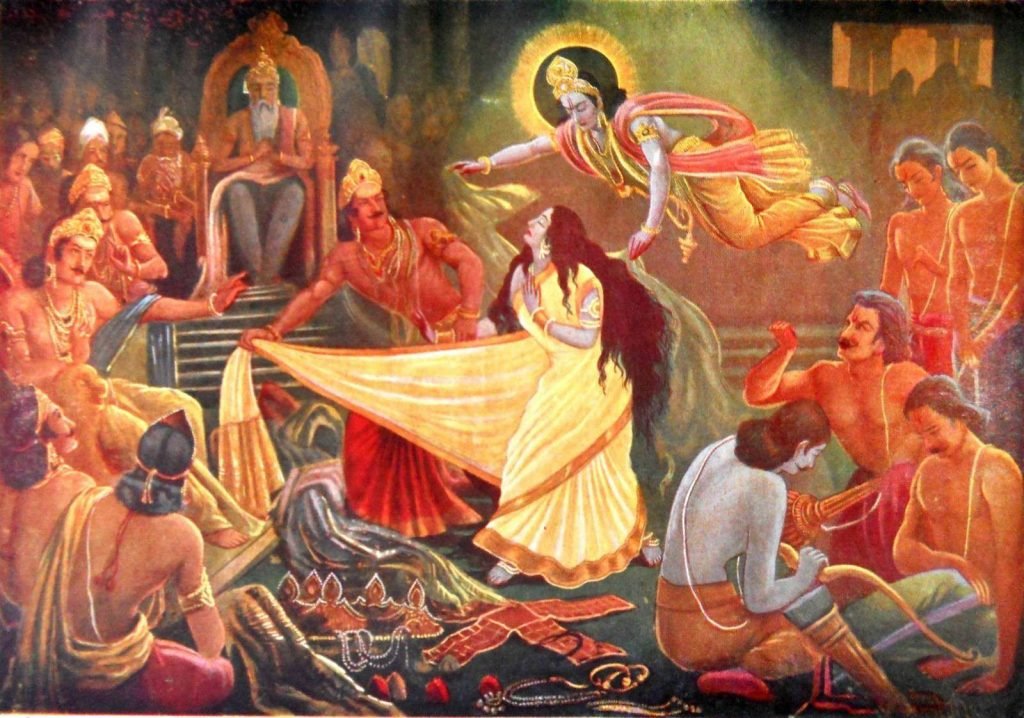 The war was fought, Duryodhana was manipulated by his Uncle Shakuni throughout the war. By this point, he was blinded by his ego and power. He didn’t fear anything as he was confident that he would win the war. He had strength by his side. Greatest warriors had sworn to protect him. These warriors were invincible. But slowly they all died. On 17th day of the war, Duryodhana was left alone. All his brothers were dead, Karna was dead, Bhishma was on the bed of arrows, Drona was dead. Gandhari’s latst ditched attempt to make Duryodhana invincible was manipulated by Krishna. That resulted into Duryodhana’s defeat.

Draupadi cursed the Kauravas that they would die and rot in hell. But a lesser known fact is that Duryodhana goes to heaven after his death. When Balram comes to know how Bheem defeats Duryodhana in the mace fight, he curses Bheem to rot in hell for breaking the most important law of mace fighting that a fighter cannot hit his opponent below the waist. He tells Duryodhana that he will go to heaven as his death was caused by committing adharma.

If you think about his life, if you look at it from his point of view, he was nothing but a mere scapegoat even before he was born. His father supported all his actions, never stopped him from committing wrong. The blind king never bothered to create cordial relationship between his sons and the sons of Pandu who were his responsibility after Pandu’s death. His Uncle Shakuni became the reason of his death just because he felt cheated when his sister was married to a blind man. The war of Kurukshetra was inevitable, but he became the key reason behind it. His entire life he was made to believe that he was being victimised. He was a mere puppet in the hands of those with ambitions, hatred, grudges and manipulations. Because he was born for that and because he was destined to be so.

Some chose the difficult path of trying to change what others thought about them. Parashurama chose to change the world in the ‘right way’ and became God. Most chose the easier route of ‘Adharma’ that caused wars and destruction. Their acts have been defined as results of their karma and every outcome has been called Niyati (destiny). If you believe in this theory, then not a single person was a villain or a saint. Karma chose them as scapegoats, and humans ended up hating or worshiping them. Just to ensure that people kept worshiping their gods, they introduced the concept of ‘Destiny’.

Every era had a villain loathed by people. Gods were born to kill them. Every Indian epic talks about one (or more) such villains. These villains were as intelligent, knowledgeable, learned and strong as gods. But they were also the victims of injustice and partiality. Thus they chose the wrong path. Ravana, Karna, Hiranyakashyapu, Duryodhana, Shakuni – name them and you will find the references about why and how they were the bad guys. Many authors have written about Ravana and Karna and tried to justify their actions. Most of these books call them good guys. Jain Ramayana in fact talks about how Ravana ended up being reborn as their first tirthankara.

Mahabharata is probably the only Indian epic that has plenty of key characters that changed the course of history with black, white and grey shades. There have been plenty of books written by various authors about Krishna, Draupadi, Arjuna, Karna and the war of Kurukshetra. In each book, Duryodhana’s adharma was highlighted. But what really made him a bad guy is overshadowed by his actions. Duryodhana was the reason why the great war of Kurukshetra took place. He manipulated in the game of dice with the help of his mama Shakuni due to which Pandavas lost everything including their wife Draupadi. But what was really his story? Why and how did he choose the path of Adharma over Dharma in spite of living among people who knew and preached Dharma. 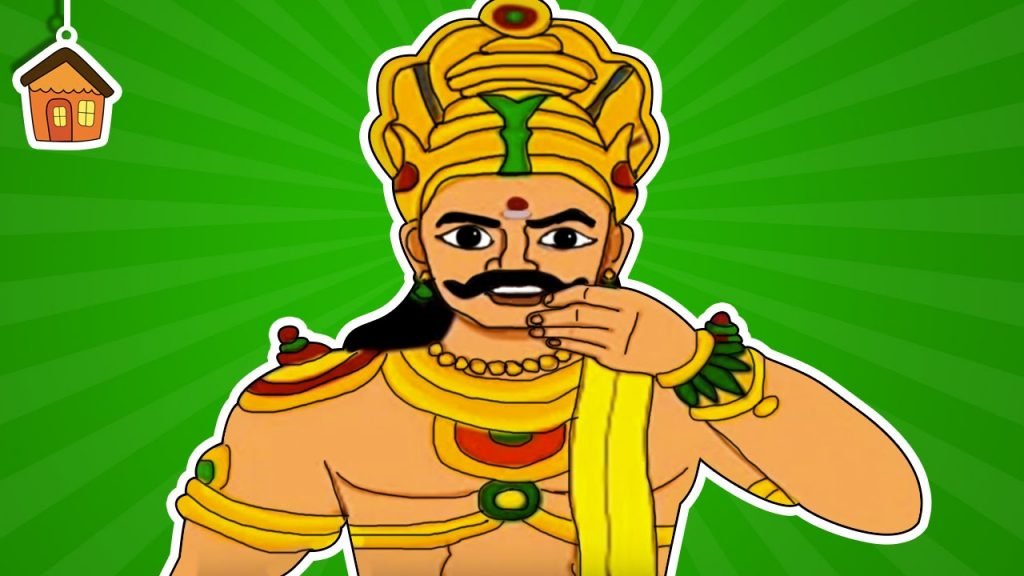 Was he a bad guy? Maybe he was, but he was made one and not born one. Karma and Destiny played their parts in changing his life from what it could have been to what it was. He committed adharmas, but you cannot overlook what led him to commit those. Again, it’s not a justification to one’s actions. It can never be. He was a puppet, in the hands of what was already destined.