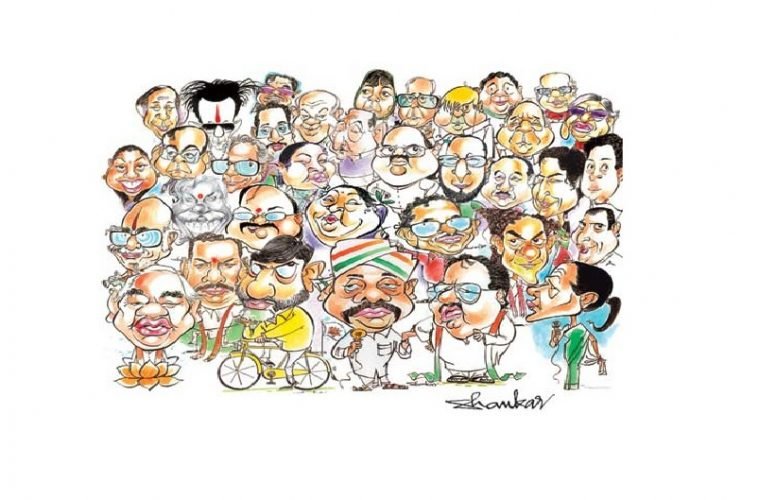 Dynastic Politics In Mumbai & Delhi: A Tale of Two Cities

With the election round the corner, the ticket distribution is in progress. Thus, the political parties in the country are busy picking the most suitable candidate to contest the election. Gain of one person (ticket holder) is a loss for many (contenders). In private conversation with me, many leaders have told me that if we do not do politics, we do not have anything to do in our life. So, I end up asking them that why do they think so?

We at Center for Empowerment Studies (CFES), New Delhi thus, decided to check this notion and decided to run a poll in the two cities – Mumbai and Delhi/NCR. Mumbai is the financial capital and the film industry bastion, where Business tycoons and Boll woods show their talents and gain acceptability. Delhi and Mumbai are the two cities that truly represent the modern 21st century capitalist economy. Certainly, these are the cities that most of the Indians want to be in. 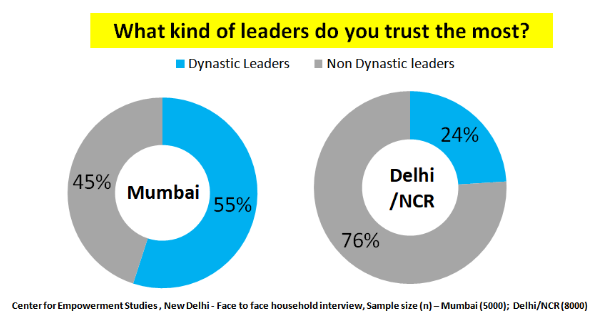 The poll result of these two cities contradicted each other. Contrary to the popular notion that dynastic politics is the result of feudalism, 55% Mumbaikar voters reposed their trust in dynastic leaders. Whereas, the political capital of the contrary rejected them out rightly. Only 24% voters in Delhi/NCR trust dynastic leaders.

This poll reflected the political landscape of the two cities

On the other hand new political entity AAP, with no formal political background is well accepted to an extent that Arvind Kejriwal becomes the Chief Minister of Delhi. The same political outfit struggled for acceptance in Mumbai. Anna Hazare who caught the gobal attention and imagination with highly successful rally in Ram-lila Maidan in Delhi failed to win the trust in Mumbai.

The difference in political landscape 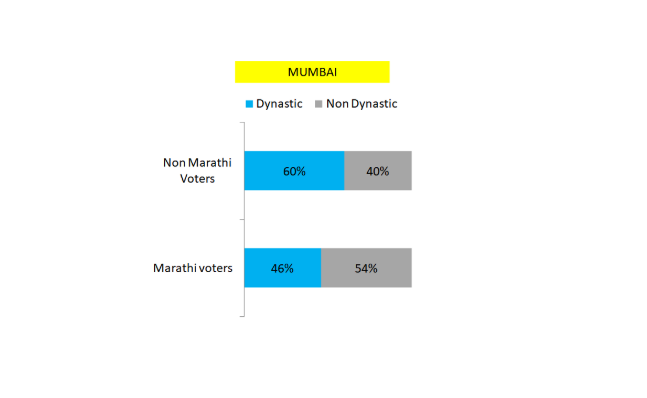 The poll reflects different mindset of these two cities shaped over past 70 years. Mumbai being the financial capital is more business minded city. The city has substantial population of Gujaratis, Sindhis, Marwaris and other business community. In these business cultured society and communities (professional world) family lineage becomes very critical as it reflects trust, confidence and integrity.

Family reputation is the reputation of their business and is a stepping stone towards success. Hence such community readily poses trust to leaders with dynastic background with a belief that their political exposure might help those becoming better politicians. The trust and acceptance of Dynastic leaders is significantly higher among Non Marathi voters than Marathi Voters.

Delhi culture is shaped largely by refugees (Pakistan and Bangaldesh), Service class mostly in government jobs, IAS aspirants, DU graduates from all over the country who settle in the city for better growth prospects. Family lineage has no meaning and it’s the talent and experience that supersedes family heritage. No wonder Dynasty is struggling in the city of policy makers.

As per media reports, the current president of Congress party Shri Rahul Gandhi is planning to contest from Kerala. Shouldn’t he shift to Mumbai instead?