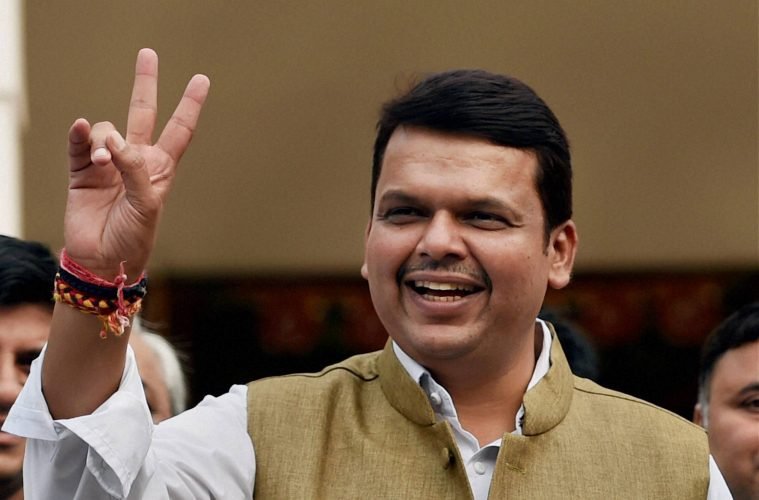 Will It Be Fair To Call Emergency Period Detainees “Freedom Fighters”?

Recently, the Chief Minister of Maharashtra Devendra Fadnavis announced that his Government is going to positively consider the proposal to accord the status of “Freedom Fighter” to those who underwent detention under the Maintenance of Internal Security Act (MISA), 1971 (now repealed) and/or any other Act or order during emergency in a bid to protest against the blatant attack on democracy. This came after the BJP leader Eknath Khadse raised the topic in the state legislative assembly stating;

They (those jailed during emergency) are no less custodians of democracy. Hence they should get their reward appropriately.

The final decision on this matter is to be taken during the cabinet meeting next year. Also, this is certainly not the first time such a proposal has been advanced. States like Uttarakhand, Madhya Pardesh, Rajasthan, Chhattisgarh and many other States are considering the same. 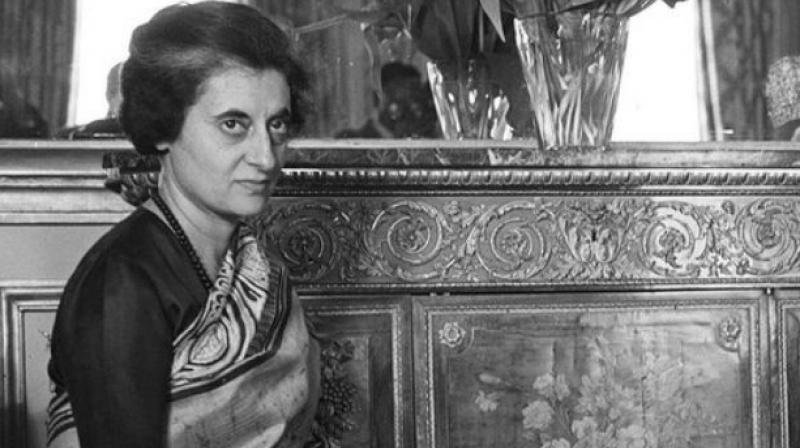 This news requires one to dig into the history of the 21-months long emergency imposed in the Indira Gandhi regime. Emergency was imposed under Article 352 of the Constitution of India citing “internal disturbances”. However, it still remains the darkest period of political unrest in the post-independence India. The Indira Gandhi regime, or may I say, Ms. Indira Gandhi herself gave ample reasons for the citizens to regard the era of emergency as a grave wound inflicted on the democratic fabric of the country. Among the many arbitrary actions going on in the country at that time, arrests were very common. These arrests took the hood of “preventive detention” under the MISA and prominent leaders of the opposition were nabbed and sealed behind the bars. Arrests become so widespread that there came a point that jails had no room to fill in more detainees.

The political picture at the time could look like a coup from a bird’s eye view; but it was definitely a brief state of autocracy which India witnessed. Democracy was put on fire to save personal interests and ambitions. All efforts were concentrated at thwarting the opposition, which was surfacing as a potent threat to Ms. Gandhi’s ambitious political goals. The leading face of opposition J. P. Narayan alongwith Atal Behari Vajpayee, L. K. Advani and socialist leaders such as Shyam Nandan Mishra and Madhu Dandavate. Arun Jaitley, who lead the student front in Delhi was also detained. 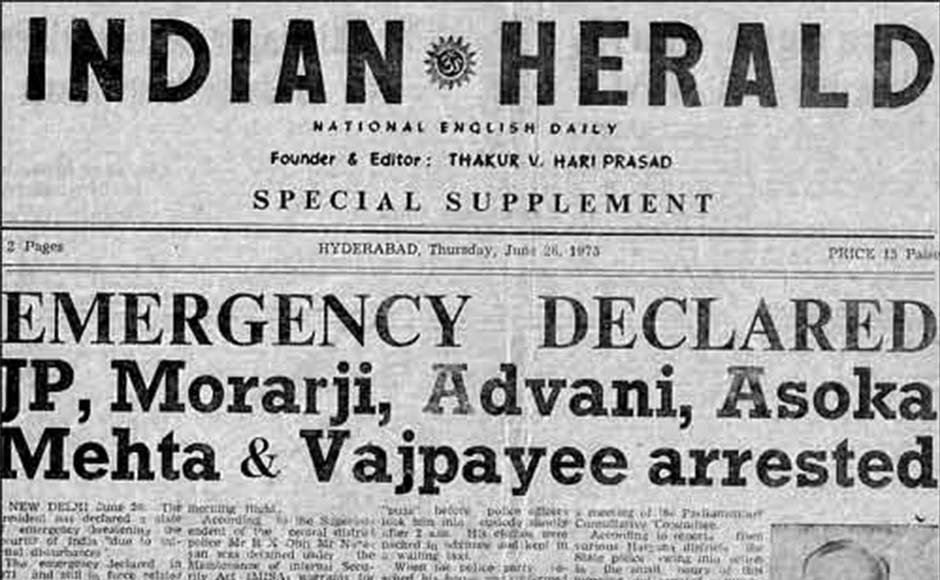 Every agitator with even the slightest political background was arrested. Congress leaders like Mohan Dharia, Chandra Shekhar, Ram Dhan etc. were suspended from the party as they opposed the decision taken by Ms. Gandhi. The Shah Commission, which probed the excesses of the Emergency, put the number of people detained and arrested under MISA and Defence of India Rules across the country at 1,10,806. At least 30 MPs were jailed. Political deteneus and prisoners were beaten; some tortured. Leaders who feared arrests were left with no option but to go underground or disguise. But they did carry on protests and continued resisting the autocracy that was this democracy.

The 21-month long Emergency was the epitome of tyranny done by any democratically elected leader in a country; and this fact remains undisputed. Keeping in mind such pitiable state of affairs during the emergency, the decision to honour these men who stood firm against an unconstitutional move, does not seem like a bad idea.

However, this move which ideally should not be a politically motivated one, undoubtedly seems to be so because majority of the emergency detainees were leading the country at the time. Be it the PM himself and mostly leaders belonging to the RSS and the BJP. Yes, there are many others who were detained but had no political affiliation. But such people cannot be regarded as those who fought against the atrocities. They were merely a victim of the atrocities. So, when the majority leaders are from the current ruling party, this move of according the status of “freedom fighters” or “Loktantra Senani” (Warriors of Democracy) does come forth as a political move and thus politics on this topic is unavoidable. 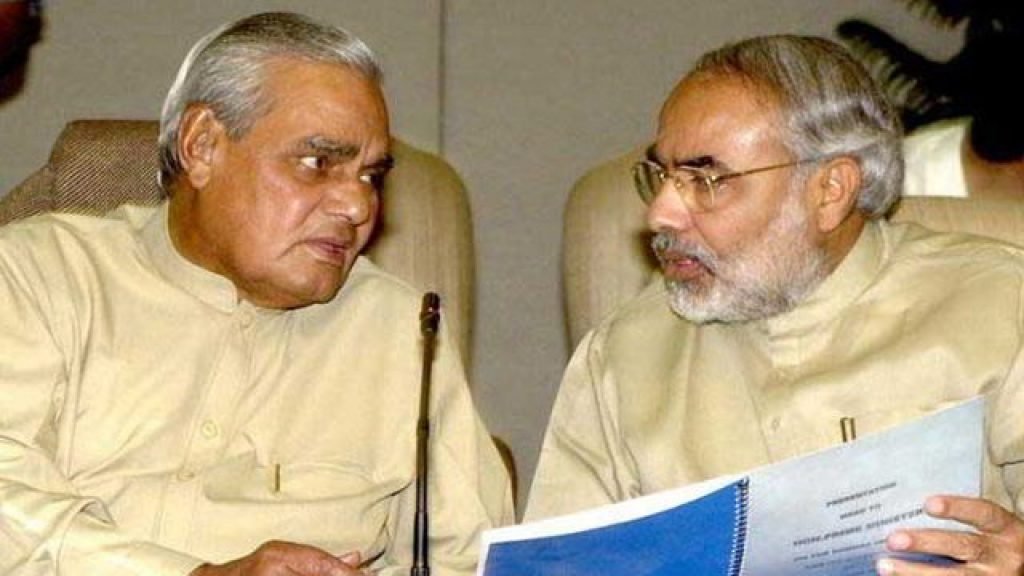 Also, looking in to the concept of the status of “Freedom Fighters” which is a scheme under the Ministry of Home Affairs under the Freedom Fighters & Rehabilitation Division which was formulated to implement the Swatantrata Sainik Samman Pension Scheme, 1980. In this scheme, the cadres of freedom fighters were already stipulated and also there have been many amendments brought in new cadres like the recent one being the Goa Liberation Movement.

The Emergency of 1975 marks an era of leadership which abrogated the tenets of rule of law, the constitution and constitutionalism. It is definite that this move of the then PM of India will draw criticism time and again and thus honouring the “emergency detainees” who resisted the dictatorial developments during that time can be seen in the light of the freedom struggle. The Indian freedom struggle was aimed at procuring the sovereignty and self-rule. The struggle during emergency was aimed at saving the sovereignty of the country; which was to fall in the deep gallows of authoritarianism.

Will it be then fair to call Emergency Detainees “Freedom Fighters”? In definition, yes. As an opinion, it depends a lot on your political inclination.