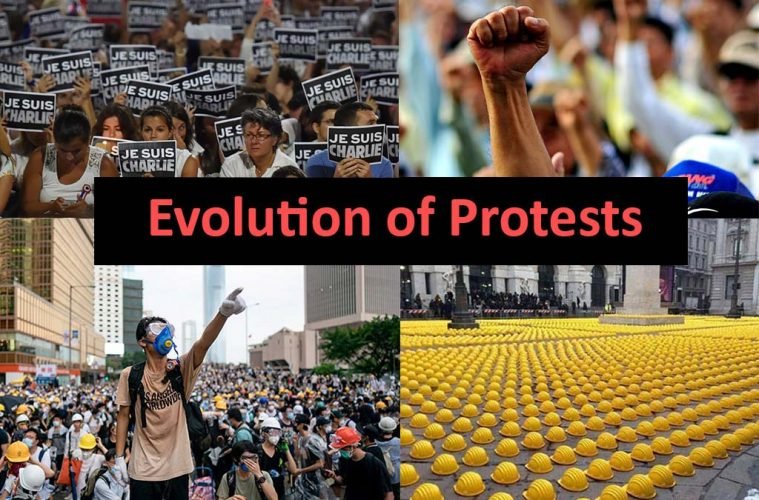 Gone are the days when hunger strike solved every problem. Either you succeeded, or you died trying. Literally! Some even demonstrated protests by not talking to anyone. Bless them!

Protesting against power, as a concept, has existed since forever. At least one class of the society has always been unhappy with the power at any given point of time. This resented power has mostly been a political power. Almost all the known protests in noted history have been political. No wonder the very first recorded protest took place for the same reason.

One of the earliest and most popular protests has its roots back in the 13th century. And it is almost like a fairy tale. This story has a king. The king was arrogant, cruel and fearless. He was the God of his state and everyone had to abide by his laws. He would impose heavy taxes on people just so that he could maintain his rich lifestyle.

Now, being a King, no laws were applicable to him, and his taxation methods hurt many. Furthermore, he did not even allow the election of archbishop because of his strained relationship with the church. Since Barons had sworn to serve the King, they could not do much about this until one day they decided to protest by taking over the city of London. All the movements were restricted. A new leader was appointed by the party of rebel barons.

King John was left with no choice but to give in to the demands of the rebel barons. All their demands were formally recorded in a document called Articles of the Barons, subsequently known as Magna Carta – The Great Charter. June 15, 1215 was the day when this historic document was formally adopted as the law of the land.

However, after a while, the king stopped abiding by Magna Carta. This further led to more rebellions and civil war. But King John did not live long to destroy or annul Magna Carta fully. Over the years Magna Carta kept dying and reviving, but it is the most important event in the History of England as Magna Carta proved to be the foundation of Democracy in England.

The original document consisted 63 clauses. Three of them are prevailing in English law even today. One of these clauses was about right to justice and fair trial to a free man.

Another popular incident that made a huge difference in the society and became an example in itself was The Peasant’s Revolt. During this, leaders challenged the caste system in England. Oppressed questioned the oppressors. And to protest against that, the rebels marched from Kent and Essex to London. This protest was led by Wat Tyler. However, unlike today, the only way known to the protesters to threaten back then was by the means of violence and dominance. This was because they were fighting the warmongers.

Other significant protests included Boston Tea Party (yet another political protest whereby the Americans protested against the Brits for imposing taxation without representation and threw away tea imported by the East India Company into the Boston harbour), The French Revolution (rise of Democracy not only in France but also all across Europe), The Suffragettes (who helped women to get voting rights), Civil Rights (which was mostly a fight against discrimination) and other such protests.

These protests slowly turned from violent to peaceful. They evolved in their methods. Hunger strikes, destroying property and putting one’s life at risk just to show displeasure and get demands accepted were few of the ways protestors used during the late 80s and early 90s. And at the same time, violence was still very much a part of it when resistance failed.

India has had their fair share of protests too. In India, the fight and protests started at a much more grand scale because our country was either invaded by Mughals or ruled by the British (what a surprise!). In fact, the British have been either the subject or the reason behind most of the significant protests across centuries. They invaded way too many countries across centuries, India being one of them. They ruled some even without setting a foot there. But let us save that for another article.

Coming back to India, the most prominent crusader of political protests was Mahatma Gandhi, the father of the nation. Gandhiji’s stint with protests however did not start in India. When he faced discrimination for the first time in South Africa, he protested against it by way of fighting anti-Indian legislation in courts, led large protests against the colonial government and made sure that the Indians living in South Africa got their rights. His non-cooperative, non-violent and truth-focused way of protesting became popular as Satyagraha. 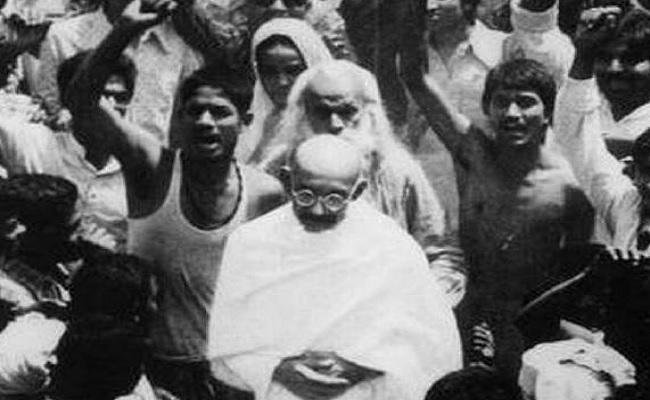 Upon returning to India, Gandhiji’s sole goal was to free India from colonial rule. And in order to achieve that, he brought Satyagraha to India to fight against the British authorities. His methods helped him to get a membership of Indian National Congress soon after that. His long, non-violent fight with the British is known to all. From boycotting British products to organizing resistance to a law that gave power to the Brits to imprison revolutionaries and freedom fighters without a trial, Gandhi did it all. British authorities reacted to these protests violently. Either by mass arrests or massacre, unarmed and peaceful protestors usually became the victim of their frustration. And that gave even more power to this frail man.

Dandi March was one protest that made Gandhi God among Indians. A 241-mile long protest march was a satyagraha against imposition of British law that forced Indians to purchase only British salt instead of Indian product. As a result of Dandi March, Britishers arrested over 60,000 peaceful protestors and this made Gandhi even more popular for his fight for freedom.

This struggle finally paid off in the form of Independence when the British authorities decided to leave India for good. Gandhi became Mahatma and the father of the nation. Even though he was assassinated soon after, his Satyagraha is prevalent even today.

Gandhi was not the only person who made protests popular. Bhagat Singh was on hunger strike for good 116 days for improving the conditions of the prisons and prisoners. And no, this isn’t even the longest hunger strike. The record of longest hunger strike is being held by an Indian only. Irom Charu Sharmila stayed without food or water for good 16 years to remove AFSPA from Manipur. 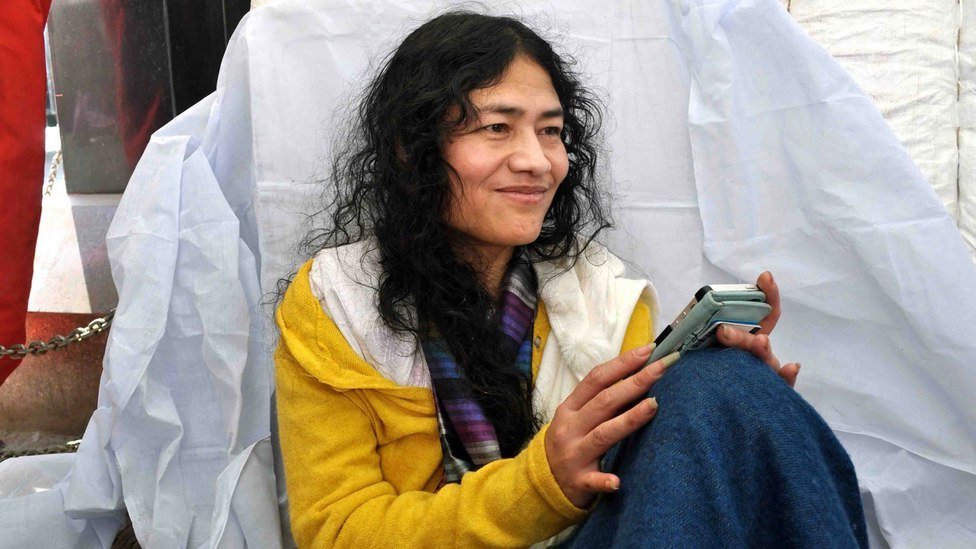 Hunger strikes, marches and boycotts used to be the most effective and used ways for protesting. But over the years, things started changing. People started taking part in protests not only because it was their cause to fight, but even with solidarity with those affected. Politics to work place, everything was challenged.

Not only protestors, but protests started getting more and more innovative with time. Chipko movement was one of its kind. And it proved to be effective. A non-violent way to save the environment drew the attention of the world. Forest was saved. Trees were saved. This movement also showcased women power.

And who does not remember Charlie Hebdo! A protest that took twitter by storm. After the attack on the French Satirical News Paper’s office that killed 12 people including its editor, “Je suis Charlie” or “I am Charlie” became a slogan for protesters and advocates of freedom of speech and expression. An attack that took place because a cartoonist hurt religious sentiments through his cartoons, protesters came on the street with posters of the slogan. Further, this became one of the first viral protest on twitter and still remains one of the most used hashtags. 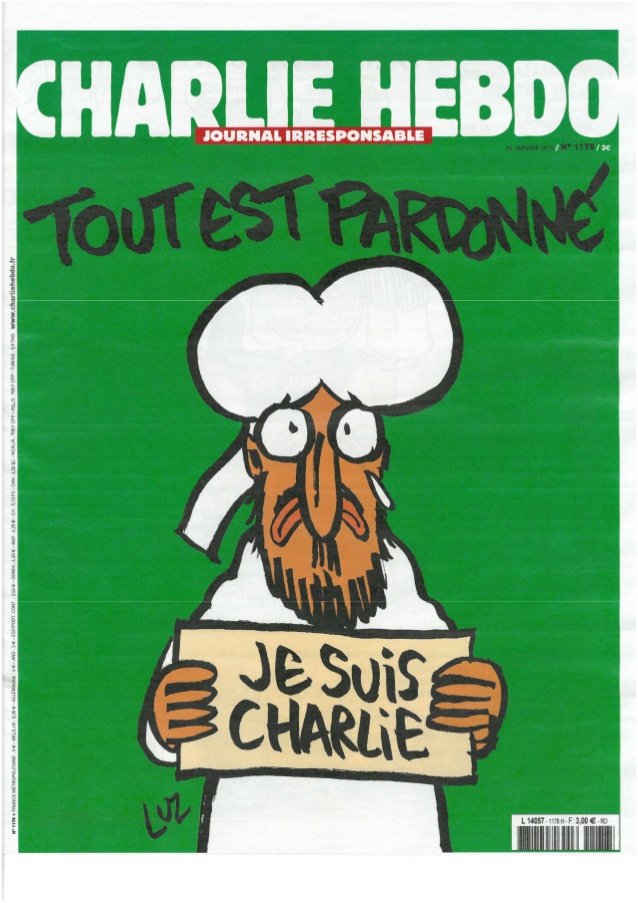 From Jan Lokpal Bill to pro jallikattu, from Nirbhaya to Aarey, from flash mobs to Hong Kong students’ protest – protests have evolved in their methods, results and effectiveness. Sportspersons and doctors wear black ribbon to show solidarity and yet continue doing their duty towards the nation. Earlier, protestors did not always get immediate attention for their protests. But these days thanks to social media, it is easy to spread awareness about anything.

Protests take place on social media too these days. People run hashtags, boycott brands, uninstall apps, send emails and even pose with placards. A rape or a lynching incident does not remain just an article piece in a newspaper. People talk about it, express their anger and opinion, organise candle light march and make the concerned authority realise their responsibility. If they are angry with the medium itself, they blackout that medium too for a few hours or a day.

Protests are evolving. They are getting more and more innovative and effective with time. Celebrities are joining them, giving them the right kind of publicity that they deserve. But at the same time, they are becoming political too. More often than not, issues become propaganda. But so far as they are in the right direction, all is well.

However, the way things are moving, I would not be surprised if Social Activism becomes more powerful than a political party in the near future.