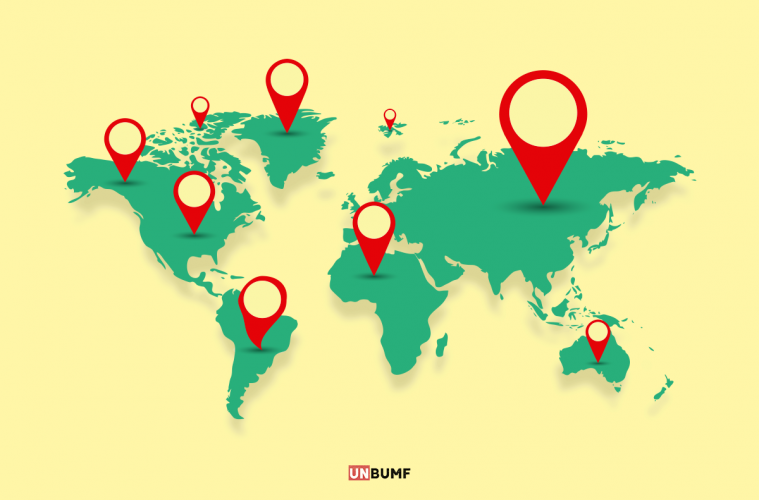 The Extraordinary Story Of PIN Codes And Their Evolution Throughout History

Who cares about PIN codes?

Yeah, I mean, how do they even matter? Except when you are entering them as details when you file for government identification, SIM cards, online orders or sending a post. Apart from that, zip codes don’t matter at all. So as long you don’t have a single piece of government identification, no smartphones, don’t eat outside and have nobody to talk to, you won’t really care about them.

Now that my sarcasm laden introduction is out of the way, let us just put this out there. PIN codes are very important and there is really no need to give a reason.

But how much do we know about them? How are these random numbers allotted to the place where we live? Are they even random, in fact? Or is there a global system followed? And are PIN codes unique to different countries? Like the code for Noida is 201301, but that is only India. So is there a 201301 in the USA as well? Is that a stupid question? Will I ever get a girlfriend?

The questions are many and today, you might find out some of the answers. Although I am a hundred percent sure most of you have guessed the answer to the final one.

How did the concept of the postal code even begin?

The answer to that is one word – population. As the number of people grew and grew, so did the number of places where they began to settle. It isn’t a long leap, then, to assume that at some point all of these people would want to communicate and why shouldn’t they?

Communication in a civilized manner is what keeps us separate from the animals. Or so many would have you believe. But how would you communicate without being able to clearly distinguish between the huge numbers of places where people lived. Places can have same names and that may result in a lot of mail going places you don’t want it to. 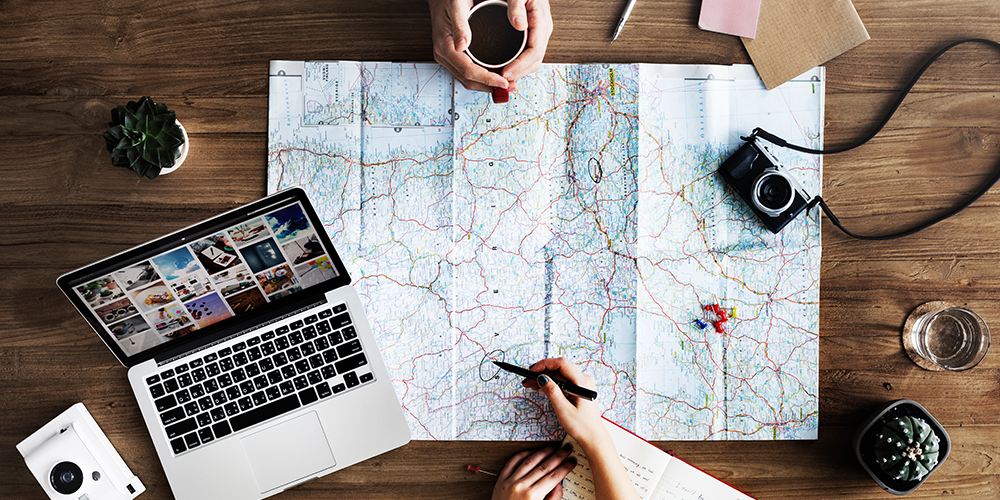 Countries which first started using it

Henceforth, came up the concept of dividing large areas into zones and allotting numbers to said zones. The change was limited to large cities in the beginning, like London and Liverpool. But slowly it began catching on and by World War I, there were loads of European cities that had adopted this particular system.

Even in the United States, which as history has proven, can never be far behind, postal codes were being used in the 1920s in a lot of cities. However, widespread adoption of the system occurred only around World War II. But before we reach the late 1930s, we must dial it back a few years and come to the year 1932.

Why is 1932 a significant year in the history of PIN codes?

This year is important. Why is it so? Another very simple answer, ladies, and gentlemen – it was the year when modern postal codes were first introduced on a country-wide basis. That’s right; it was the instance of the postal code we use and oh-so-understand today.

The country that adopted it is known as Ukraine now. Earlier, it was referred to as the ‘Ukrainian Soviet Socialist Republic.’ In the month of December of aforementioned year, the government adopted a comprehensive, country-wide system that allotted codes to all of the areas that the country had been divided into.

Four new postcards were issued that announced the index program and you can check out this link to gain some insight.

Allotment of the PIN codes

In case you didn’t click, let me put it briefly for you, my busier-than-the-Prime-Minister reader. The four postcards clearly announced the usage of the new codes and a message at the end which asked the public to get more information at their post office.

This information basically was the allotment procedure i.e. what code was allotted to your area so that you could send letters and postcards with ease. Cool, isn’t it? I’d like to implore you to check that link out again, for information on how codes were allotted and what the postcards actually said.

However, in 1939, the system was inexplicably aborted. If one had questions as to why one would have to wait. The world was at war and things like postal codes were on the back burner for a few years. That doesn’t mean that other countries didn’t pay the concept any heed, though.

Germany adopted the system in 1941, calling it PLZ, or PostLeitZahl i.e. Postal routing number. Argentina followed suit, but much later though, in the year 1958. USA adopted the full system in 1963, calling it the ZIP code i.e. Zone Improvement Plan.

Switzerland took it up a year later, calling it the NPA – numéro postal d’acheminement, for French-speaking Switzerland and numero postale di avviamento for Italian speaking Switzerland. The UK began using it in Norwich in 1959, though but the system was not adopted nationwide until 1974.

India’s entry into the picture

And so, my friends, we arrive at the year 1972. The year of utmost importance to us Indians. It was in that year that India decided to adopt the system as well. 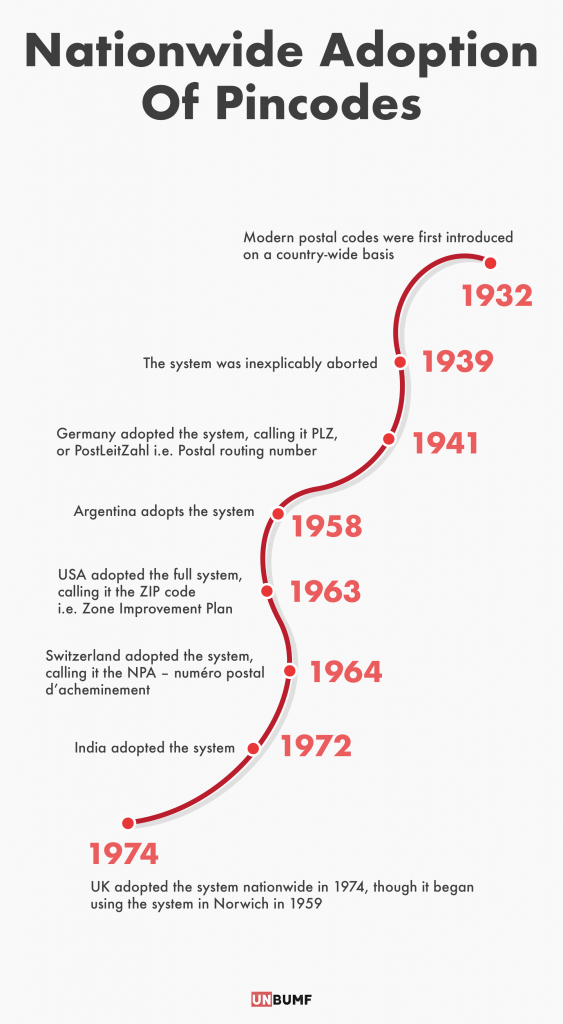 Now if it made sense for any country to adopt a system like this, it was India. We have 29 states right now and despite the advent of technology, there are still places that are years be. The surprising lack of communication between these two sides of India is so significant that it becomes hard to imagine it in a world without technology.

To put it into perspective, imagine the entirety of our country being divided into three, just three, postal zones. This happened in 1774, the circles being Bombay, Madras, and Bengal.

It doesn’t take a genius to understand what parts of the country each of these cities handled. Bengal the eastern and the north-eastern, Madras the southern and Bombay, the remaining portion. It was large enough to shake more than a stick at.

Even when India finally gained independence, the number of postal circles wasn’t exactly as big as one would have hoped or even imagined for a country as large as our own. The number of circles was eight – Assam, Bengal, Bihar-Orissa, Bombay, Central, East Punjab, Madras and Uttar Pradesh. 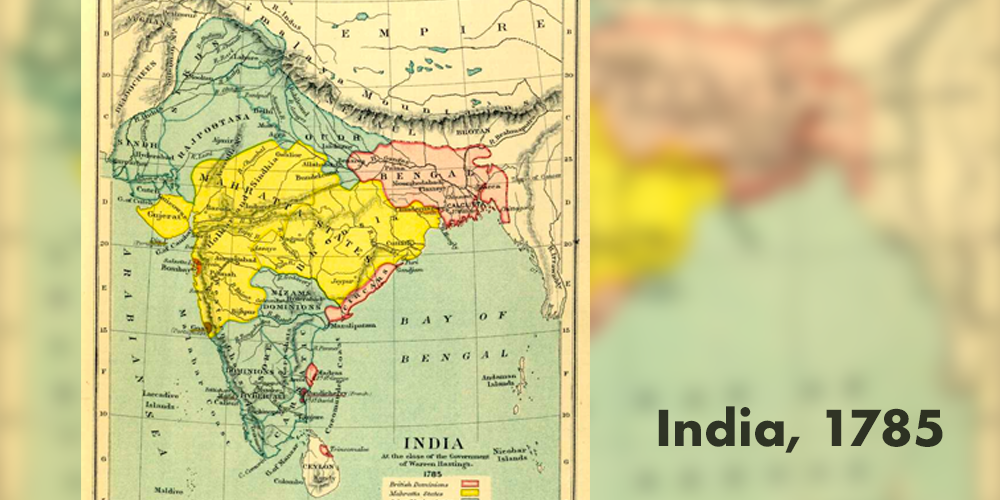 It didn’t take long for things to get out of hand. You’ve already read about how, as people and places began to grow, it became difficult to deliver mail to the right address, let alone on time. India was no different and was facing the same problem.

Thus, in the year 1972, on our Independence Day, the postal code system or PIN code, as we called it, was introduced by Mr. Shriram Bhikaji Velankar and was adopted nationwide. PIN stands for Postal Identification Number, as it should.

The system helped immensely and was needed desperately. The Indian Postal Service is one of the world’s largest mail distribution systems and has around 1.6 lakh offices across the country.

It’s quite obvious that without the advent of PIN codes, a lot of our correspondence would have gone to hell and we would have been none the wiser. That didn’t happen, of course, as the code simplified everything. In case you’re wondering how it works, here’s another link on what the various digits of the PIN code actually mean. 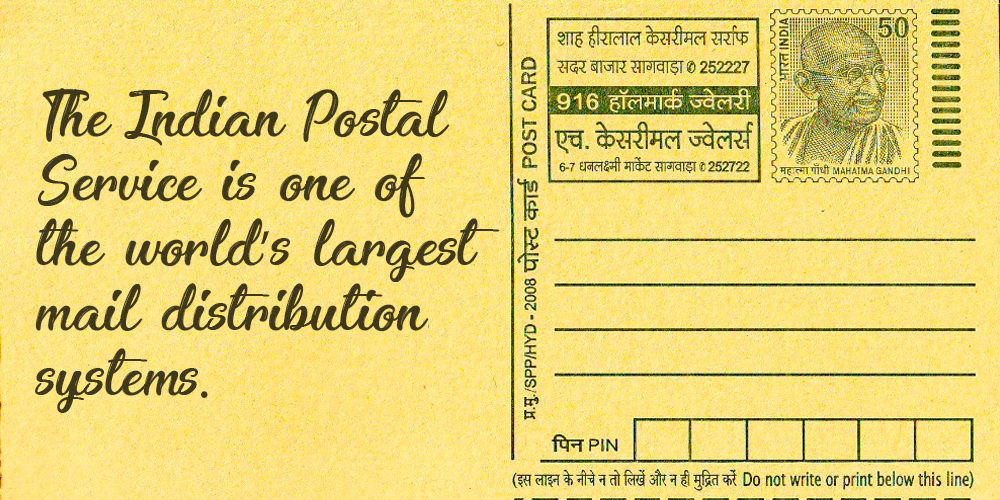 There you have it, fellow readers. It isn’t that complicated and largely without controversy but it’s one of those things that you take for granted. Yet, you know very little about it. Well, that isn’t going to be the case anymore for we have now imparted knowledge to you and it is important that you do so as well.

As a tribute towards all that you have learned, write a letter about this article. Explain how it came about and speed post it to your friends. Some may think you’re crazy for sending them a letter about how letters are delivered properly when all they need to do is ask the postman about the PIN code and basically everything. But hey, it’s the thought that counts. So write that letter and post it at your nearest post office.