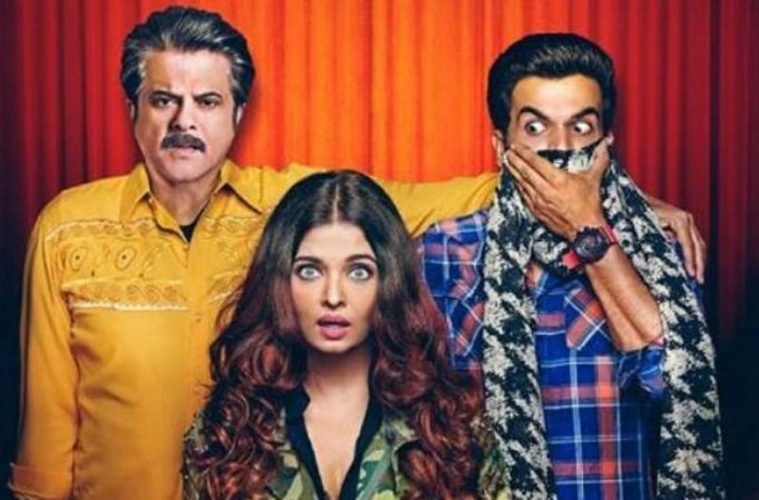 Fanney Khan: A Father’s Dreams Are For His Daughter’s To Achieve

So what if he could not become the next Mohammad Rafi, but Prashant Sharma will not stop till his daughter becomes the next singing sensation. The kid named Lata, after the singing sensation; is gifted in terms of a voice, however has other things to worry about before success can hit her. The movie, a musical, is a comedy of errors filled with melodrama.

Life is going strictly okay for Prashant Sharma (Anil Kapoor) and his family. He works at a factory to make ends meet, worships Mohammad Rafi and Shammi Kapoor, is the lead singer in his chawls’s band and is called “Fanney Khan” by close ones. Life is just floating above waters, but the trouble are his dreams. Prashant always wanted to make it big in the music industry as a singer. But his dream remains unfulfilled. Thus, now the same dream shall be fulfilled by his daughter, whom he names Lata (Pihu Sand). Meanwhile, Prashant’s wife Kavita (Divya Dutta), stands by him in his endeavour to make something big out of their daughter. But Kavita is not a dreamer like Prashant. She keeps the balance in the couple’s relationship with her practicality.

Then there is Baby Singh (Aishwarya Rai Bachchan), who is a singing sensation in the country. Like the rest of the country, Lata is also a die-hard fan of Baby. Thus, somewhere in between loosing his job and working on songs for Lata’s album, Prashant ends up kidnapping Baby. Prashant’s trusted friend and simpleton Adhir (Rajkumar Rao) becomes an accomplice in this crime. While Rao and Bachchan’s on screen chemistry does not inspire any awe by the audience, Rao’s comic timing hits just right.

The second half of the movie is a little off. Baby’s story as a star bearing the brunt of her celebrity status is shallow, but Bachchan does the best with what is given to her in the script. The movie is star studded and thus, the performances are very good. Even the performance delivered by Pihu Sand is worth the time. The story line however does not give everyone the kind of role that suits these performers’ talent. The movie seems to have clearly underutilized Dutta.

Inexplicably, Kapoor’s Prashant has Hyderabadi intonations (which come and go) so it’s hard to place him. While Lata sounds more Delhi Punjabi than Mumbai. Of the songs (music by Amit Trivedi), the one earworm is ‘Tere Jaisa Tu Hai’ which stays with you till the end, along with Anil Kapoor’s tear-soaked face. He turns in a crackerjack performance as the father who believes dreams cannot die.

A weak script with some directing inconsistencies, Fanney Khan had room to be an enjoyable comedy or satire. Instead it careened towards over-the-top melodrama with debatable messaging.

All in all the musical can be watched maybe once, but does not really reach the audience’s heart.