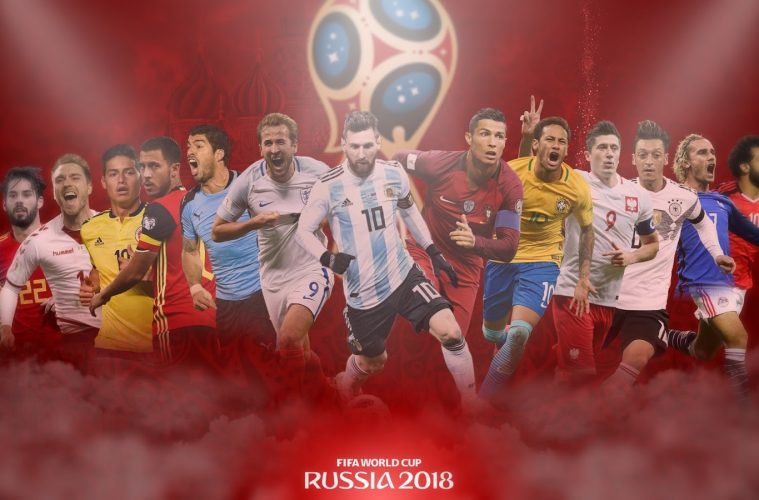 157 goals scored so far, more with sentiments than just feet. 2018 FIFA World Cup has been as unpredictable as your girlfriend’s mood swings. While the hosts, Russia would be delighted with their journey. Other powerhouses like Germany and Spain should be disappointed in ways more than one. Unlike the last world cup or even the one before that, this edition has seen more upsets, more competition and more adrenaline pump for a neutral football enthusiast to be excited about.

Here is a list of six reasons why this edition of the world cup should be counted amongst the best ever:

While there has been a lot of talk about the arrangements in terms of fans accommodation, security and Tinder’s super responsive features in Russia. There has been equally good participation on field. The host nation lit the group stages with its attacking football. It went on to defeat the mighty Espana to reach the Quarter finals. It even gave tough competition to Croatia before finally losing out on penalties.

Apart from the big football nations hosting the WC, the smaller nations have not been able to perform exceptionally well barring some. In recent history host South Africa (2010) could not qualify from the group stages. Japan (2002) went out in the last 16. But South Korea went on to play the semi finals losing to Germany eventually. This Russian side was equally impressive.

The host nation playing the opening match has been customary for quite some time. Commendably, the Russians boomed open the tournament dismantling Saudi Arabia 5-nil. A day later CR7 lit the world cup even more by scoring a hat-trick to equalize with Spain. In fact the group stages and the knockouts have been sensational in terms of goals scored. And the results with only the Denmark-France (group C) ending on a goalless draw, have been surreal.

3. Reshuffling of the World Cup favorites

Argentina scrapped past Nigeria to make it to last 16 only to face France. Spain faced a much easier draw in Russia and Belgium looked to zoom past Japan. But what looked like a routine task escalated to a highly contested affair too quick too soon. A 7 goal thriller between France and Argentina set the stage. A resilient Russian defense held Spain while Japan almost looked likely to create the biggest of upsets leading 2-0 to Belgium. 3 of the 8 matches were decided on penalties with world cup favorites England and Croatia almost getting knocked out too soon. 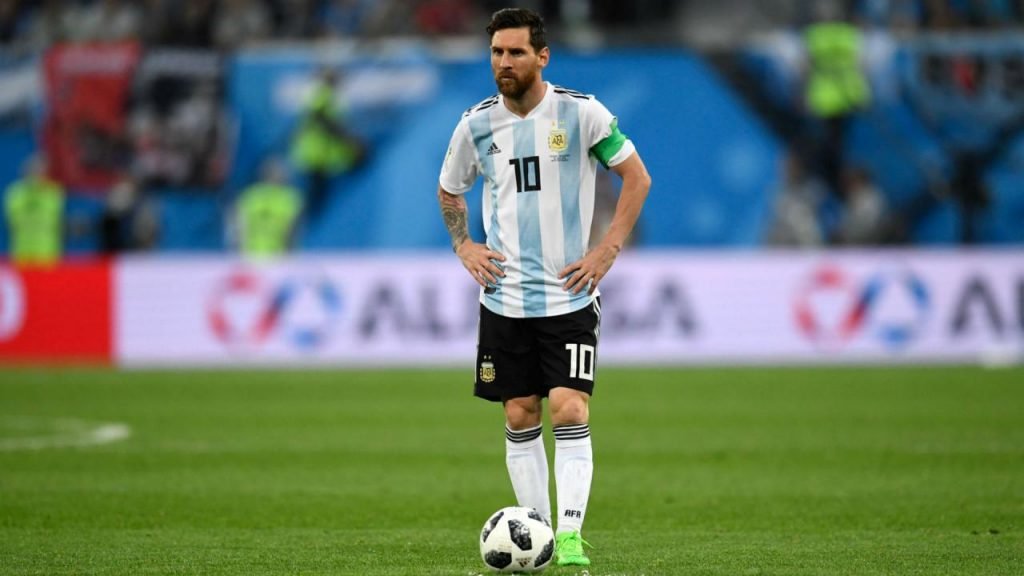 WC favorites Germany, Argentina, Spain were later joined by Brazil in the list of teams knocked out leaving the semi finals a contest exclusive of South American flair and European experience. France and Belgium had low odds of reaching the last stages whereas England and Croatia have impressed strikingly (both England and Croatia were knocked out in the group stages of WC 2014).

Lionel Messi and Cristiano Ronaldo said ‘GOATbye’ too soon. And a decade dominated by the two stars has finally opened up for once. The goats were out and the ninja turtle from France has been lightning up the tournament with his pace. RedRom has been playing the siren for Belgium and the HurriKane has been tormenting the defenses. The El Matador from PSG was also set to dominate only to find himself hurt before the crucial France match. El Pistolero was there for Uruguay but the gun has been rusting for some time now. From Croatia it’s El Pajaro who has been soaring high with his squad.

All of the players are equally pitted against each other and a WC final win could see the Ballon D’Or finally changing hands. Leading goal scorers – Harry Kane (6), Romelu Lukaku (4), Antoine Greizmann (3), Kylian Mbappe (3), Eden Hazard (2).

Not every time do we see a star studded side performing well in a World Cup. But it is the communication and the adaptability with each other that helps the team perform. Belgium and France can surely boast of sides that can define an era. Belgium have been consistently building with the same squad and that is obvious in their counter attacks and strict defense. Romelu Lukaku leads their goal charts with 4 goals supported equally with ultra talented Eden Hazard in forward and Kevin De Bruyne (coming from his best club season with ManCity) in midfield.

Thibaut Courtois who used to ply his trade with Atletico Madrid and then Chelsea shows how he is easily amongst the best GKs in the world (exceptional performance against Brazil). Other starlets like Axel Witsel, Fellaini, Vincent Kompany and Toby Alderweild are also in their prime to make the European side’s WC dream a reality before it gets late. 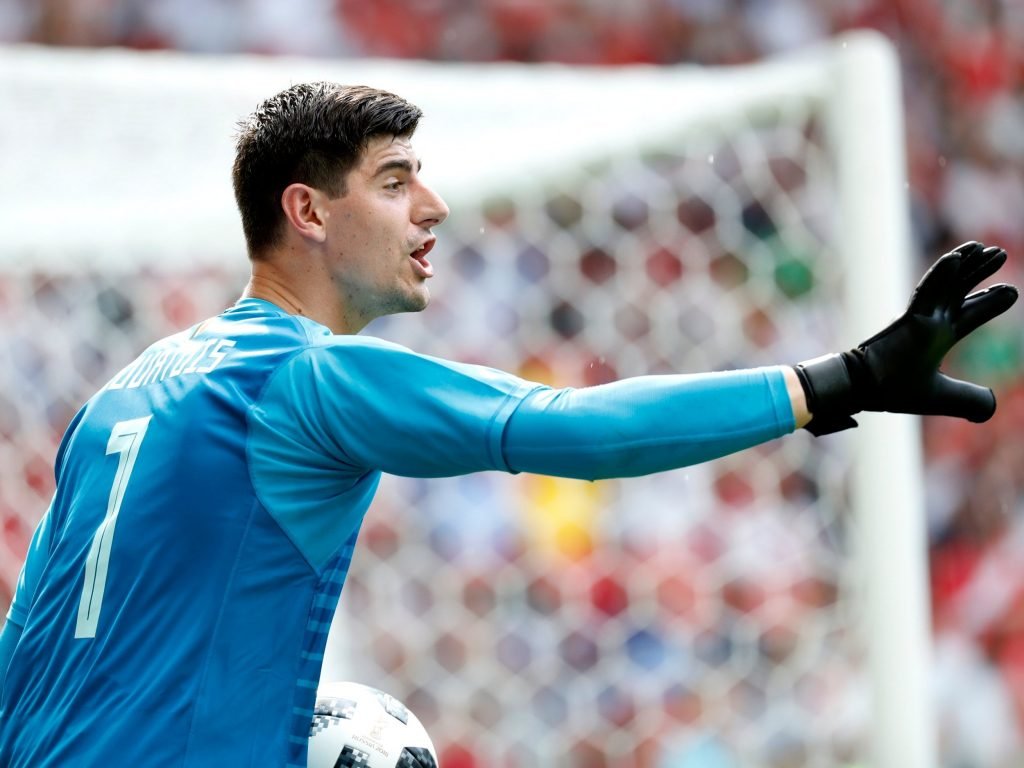 On paper the France squad can give nightmares to anyone. The young side seems to be secure for future with its current squad having the perfect blend of experience as well. Kyllian Mbappe’s (19) rise seems to be as meteoric as Lionel Messi’s. Antoinne Griezmann (27) seems to be at his peak supported with a veteran Oliver Giroud (31) upfront. Paul Pogba might be criticized for his attitude but he just fits in this France squad and so do Samuel Umtiti (Barcelona) and Raphael Varane (Real Madrid) in defense. So star studded is this French side that the superfast Ousmane Dembele features only as a substitute at best. Some might argue that the coach -Didier Deschamps might not be the best to squeeze out the best from the players but so far so good.

Croatia also have the best side they might have had in years with the quality midfield including captain Luka Modric and Ivan Rakitic creating beautiful gameplay for the forwards. The wings are dominated by super mechanical Ante Rebic and Ivan Perisic to support the veteran Mario Mandzukic in attack. Such is the impact of Luka Modric in the side that a world cup win could see him in pole position for Ballon D’Or having already won the UCL with Real Madrid this season.

England might have been a better side with their 2006-10 WC squad boasting of midfield greats like Steven Gerrard, Frank Lampard, Michael Carrick and David Beckham defense guarded by John Terry, Jamie Carragher and upfront Wayne Rooney to pounce. But this young side shows why it’s the collective effort that matters the most. Harry Kane currently leads the race for golden ball with 6 goals and he just might bring it home.

While there have been a lot of issues regarding disallowed goals and waving balls (jabulani) etc in the past. This time all has been set into place. The Telstar football from Adidas might easily be the best balls introduced in recent times taking inspiration from the black and white hexagons from the 1974 WC ball. Also newer technology in the form of Video Assistant Referees (VAR) has helped in decision making and less controversy. While some might say it hampers the essence of the pure sport but so did the goal line technology when it was first introduced. And ask Frank Lampard, he would have surely vouched for it in 2010.

FIFA WC 2018, Russia has been scintillating. Soon we will find out that the Belgian chocolate might not taste so bitter after all. The blue French horn might play out the best tune or simply put ‘it just might be coming home’. For the first time in many years this could be anyone’s world cup.