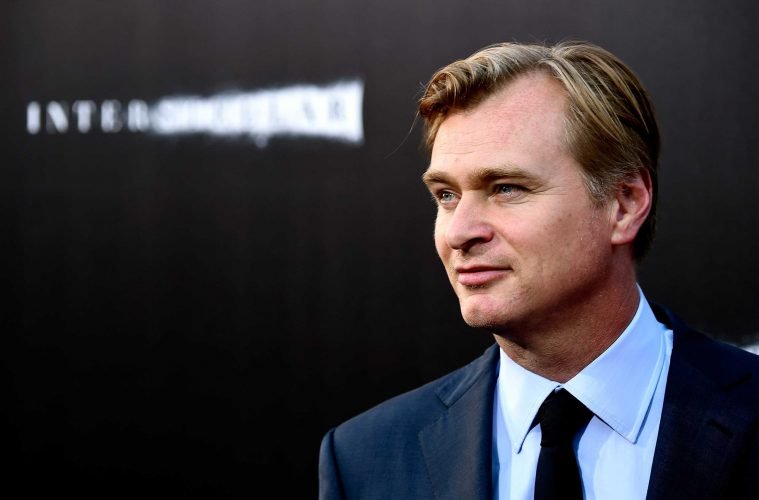 Film Medium Can Only Evolve, It Can Never Die

You can try but you shall fail because it is impossible. Many people have this flawed notion or rather, an ill-informed idea that for films the end is near. This is an attempt to inform all of them.

Before I lay down facts, let me in all my humble inability state it as clearly as I can.

You cannot kill the film medium. No one can. Film making is an art form which pretty much like archery has grown and evolved independently in every culture, every country, every state and city. It would take more than Netflix, Hulu, Amazon Prime, HBO Go, Hotstar, ALT Balaji, Voot, TVF Play, YouTube and every other online streaming platform clubbed together to kill films. Majorly because these platforms have nothing on films. Just as films have nothing on theatre, theatre has nothing on radio dramas, which in turn will have nothing on podcasts.

If that did not make much sense, let me break it down for you. Ever since the rise of the online streaming platforms, ‘Netflix’ to name one, the film fraternity across the globe has taken a hostile stance towards it. At least that seemed to be the case, which with passage of time seems to be improving as more and more prominent directors are backing this medium. (This is where it gets really-really important – please pay attention to the word ‘medium’. We are going to come back to that.)

So if you remember the 87th Academy awards hosted by Neil Patrick Harris, there was this funny sketch where we see Jack Black rant about what the future holds. That being, us using ‘screens in our jeans’ for primary entertainment. In a way, replacing the theatre experience altogether. At that time, Netflix had gained a lot of attention. I mean, with House of Cards gaining major recognition and with its controversial inclusion in the Prime time Emmy awards, the industry was taken aback (FYI House of Cards has won 6 Emmy, 2 Golden Globes, 2 Screen Actors Guild and 1 Satellite award). Much like the current trend in the world where outsiders (coughs *Trump* coughs) are the winners, Netflix was seen as an outsider too of a true grit. 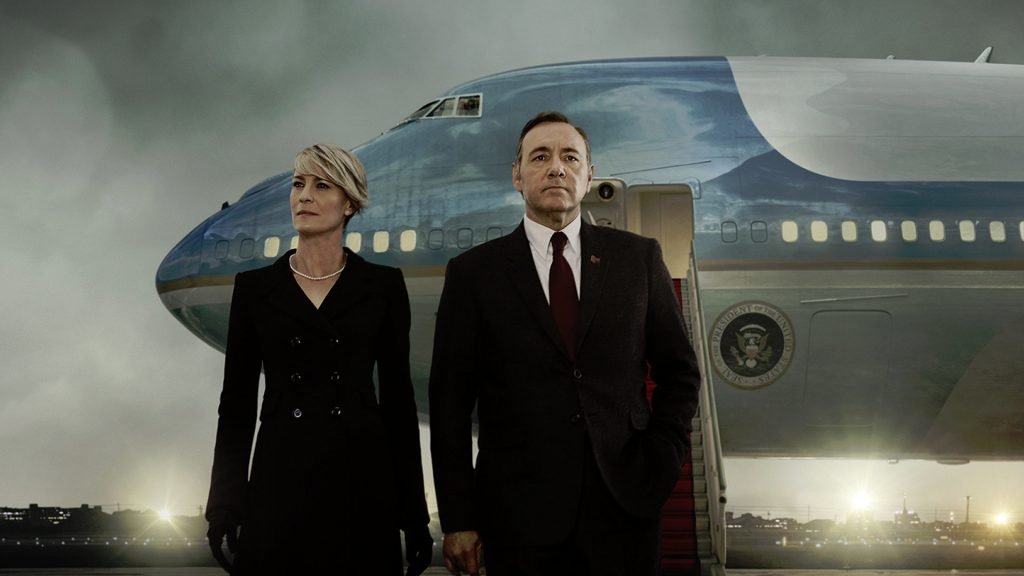 Netflix is no Warner Brothers, 20th Century Fox, Paramount Pictures or Universal Pictures. Still it managed to make its presence felt because it offered artists one thing which the big production houses would deny – FREEDOM. A total control over the production and sometimes even distribution of the content. Therefore, a director like David Fincher could pitch a TV series like House of Cards to Netflix and shoot it exactly the way he wanted, without any need to alter the series to suit the whim of the production houses.

However, that did not stop the backlash from the existing industry. It is also imperative to look at another dimension to this tale of digital online content. Many prominent directors such as Martin Scorsese, Quentin Tarantino, David Fincher, Christopher Nolan, Steven Spielberg are avid fans of the films. As in, the process of shooting a film on the film stock; be it 8 mm, 16 mm, 35 mm or like Nolan likes to shoot on his IMAX 70 mm.

Nolan has steadily increased the amount of footage he shoots with an IMAX over his career. Quentin Tarantino shot ‘The Hateful Eight’ on an Ultra Panavision 70 mm format. Martin Scorsese hates the digital cameras as they made the 16:9 aspect ratio standard and he can never imagine any cinematic video which is not shot in an anamorphic format (if you don’t know much about the anamorphic format or the various film types mentioned, an article is in tow). The director Todd Phillips famous for his Hangover movies makes it a point to refer to his movies, as movies – since they are not shot on film. But, why so much fuss about the film stock in the age of digital cameras? Right? 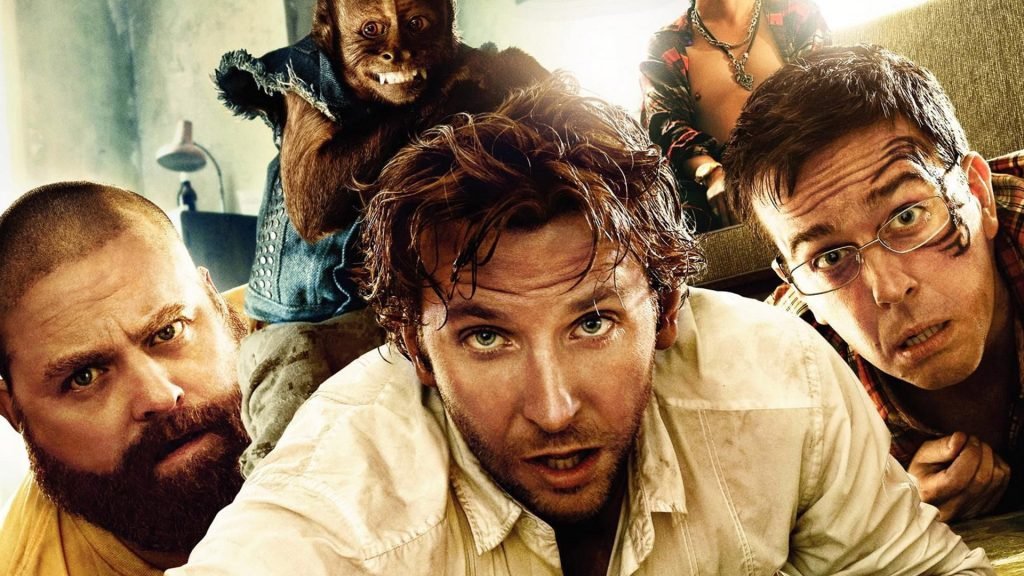 Film is much older than the traditional digital video format and so it is a tried and tested format and for much longer than DV (digital video). It is easier to edit on a film, the look achieved by the film is much more raw and vivid as compared to digital video and the list goes on and on…

This year at Cannes, there was a stir in the Jury Members for the film by Bong Joon-ho. The one named – ‘Okja’ was to be screened. Problem was, Okja is a movie by Netflix. The French at Cannes argued that a film should take part in the competition only if it will get a theatrical release.

Bong Joon-ho is no small name. He, along with Park Chan-wook (director of Oldboy, Stoker, The Handmaiden) is among the greatest South Korean directors. Still, Bong Joon-Ho was unfazed by this charade. He wanted to make a certain kindof film with Okja. He got the liberty to do so when he signed up with Netflix. In fact, he got complete control over every aspect of the film except one thing, which he wanted. To shoot Okja on 35 mm but Netflix denied him this wish.

This subject was also in light recently because Christopher Nolan in an interview labelled Netflix as pointless. This is what brings us to the heart of the problem. The problem which the film industries across the world are having with the online distribution portals is-

‘If they can watch a film in the comfort of their homes, why would they bother going to the theatre?’

What would compel them to go? Pay for a movie ticket as per the seat, pay for popcorn and drinks (which in a state like Tamil Nadu would be costlier than the ticket itself). Sit next to their loved ones, maybe a date, hear that one college student comment and then whistle or maybe dance with Salman bhai.

I know what would compel them to go. The theatre signifies the epitome of human entertainment. Try to imagine the first time when you walked into an IMAX theatre and were taken aback by the sheer size of the screen. The curved sides and the picture quality. Did you not say to yourself that this is how a good movie should be enjoyed? Apart from the relevance of the theatre, it is also important to understand that some spectacles are better left for the silver screen.

Movies like Rogue One, Interstellar or the upcoming Ready Player One are meant for IMAX or any other silver screen. Don’t you think it is important that you honour the work of countless people who worked day and night to make sure every detail in the frame is meticulously crafted? Do you think a 14” screen of your laptop or your 49” TV does justice to that? I beg to differ.

Nolan also specified as to why he said what he said. He appreciated (though I do not think he is a fan of) the model of Amazon Prime Video. It first screens the movies for a limited time before releasing it on their platform.

This is where the solution to that problem lies or at least offers some direction. With creative models such as the one employed by Amazon, the cold war that exists between the film industry and the online streaming companies shall dry down with time.

Moving ahead with time

It is okay to be insecure but not okay to let that insecurity stop you from working. Ranbir Kapoor in his podcast with AIB stated that as long as the online mediums take his audience away from film theatres, he is going to be against the online streaming medium and would not like to work on that medium.

Well, films, movies are one particular medium you experience when you go to the theatre. TV series that you watch weekly are a medium too. The shows that you binge watch over the weekend consist of a medium of their own. Just like with the advent of cinema, Broadway never got extinct. Sam Mendes, the director of James Bond films and the iconic American Beauty still directs Kevin Spacey in Broadway. The same Kevin Spacey who plays the role of Frank Underwood in House of Cards on Netflix. He also plays the antagonist in the Edgar Wright film Baby Driver distributed by Sony pictures. Therefore, Broadway is still a medium. Theatres around India are a medium of their own.

With the advent of podcasts, old radio dramas have not lost their audience. Radio dramas such as Neverwhere (2013) based on the novel by Neil Gaiman (Sandman, American Gods) are still being produced. No medium can eat into another medium. No art can come in way of another. It can only benefit from each other. This is why you cannot kill films. Nothing can kill films.