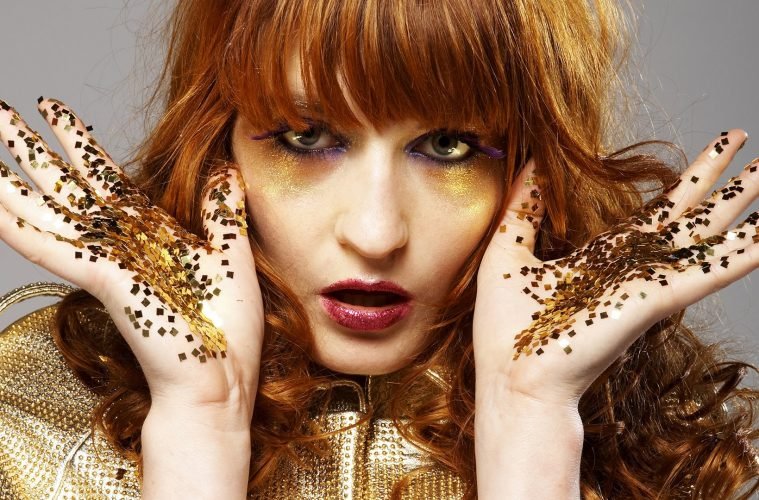 Florence and The Machine: The Indie Band you Should Know About

Why should you care about Florence and The Machine? If you think of music as a soothing tranquilizer, you have surely made inroads into the absolute treasure that Indie rock bands are. Let me just say it out loud: Indie Bands rock.

Here’s the thing: it is tempting to dance to the catchy beats of pop music, or to lose yourself in the trance of EDM. It is also a very inviting prospect to absorb the jazz melody as the singers give the lyrics a rendition in their own je ne sias quoi voice. If you like to keep the spice in life up, and are into more mainstream variety, chances are, your playlist is exploding with Bollywood songs. But if you are even minutely biased towards the lyrics more than the melody, and crave for the songs to possess a texture to them, then Indie music has been your solace amidst busy transits and your balm on days when your head thumps with stress.

The perfect description of the undeniable sorcery of lyrics, is described in the acclaimed movie Music and Lyrics (2007). “A melody is like seeing someone for the first time. The physical attraction. Sex. But then, as you get to know the person, that’s the lyrics. Their story. Who they are underneath. It’s the combination of the two that makes it magical.“ 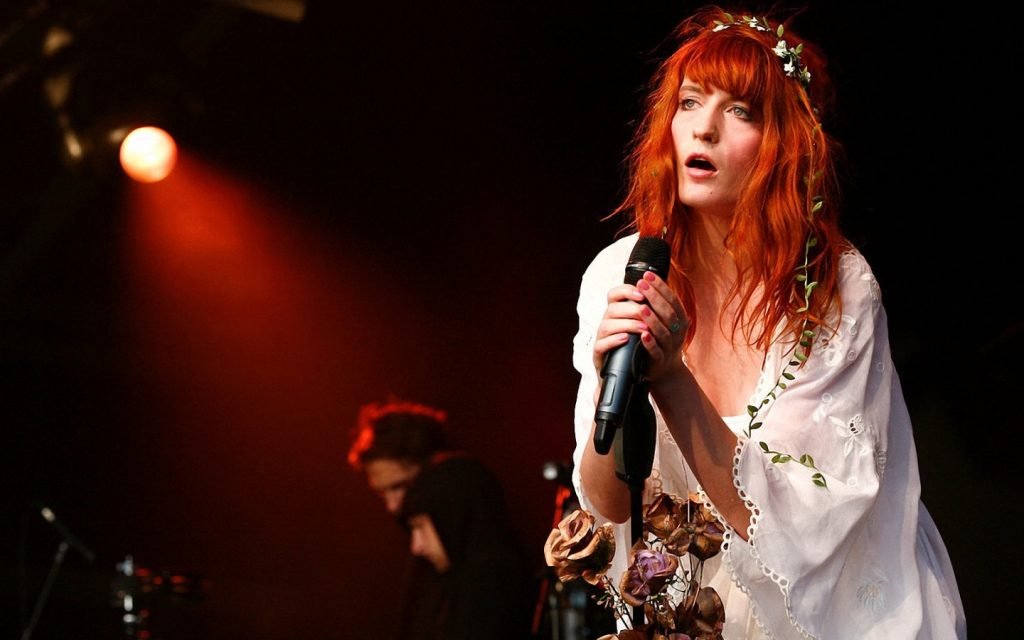 The charm of lyrics is that they strike hard against your chest in either of the two ways. One, they put together the 26 alphabets in enthralling permutations that make you contemplate the resemblance of your plight. Or, the lyrics are so infused with metaphors it becomes impossible to escape their shimmer.

Much as it sounds impossible, Florence and The Machine is a band that has the power to do all of this and more. The band’s name has a metaphor itself. It is referring to Florence Welsh, the front-woman and the whole setup of the music-producing brigade as The Machine. Originally, the name was “Florence Robot/Isa Machine” after Isabella Summers, the keyboardist and producer.

Florence and The Machine: The Body of Work behind the Name

The band has ventured into a film, which was as visually striking as it was mellifluously savoury. Their live gigs have been acclaimed. The redheaded vocalist maintains a  fine balance of urgency and buoyancy, which is reciprocated by the live audience too. However, the winner in all these efforts that they create, are the songs. Songs from their album How Big, How Blue, How Beautiful were used in the said movie. There have been live concerts. There have been albums. Their output has taken many different forms.

Through all of this, one feature has been constant: the poetic fabric of the lyrics. The metaphors are heavily infused in the content, which is what the opening lines of What Kind of Man, testify:

“I was on a heavy tip,
Trying to cross a canyon with a broken limb”

One would be wary of diving into a song with a metaphoric opening, but not them. This band sure does feel a lot of emotions, rubs them off on you too, but inhibition is not one of them. Not in the lyrics, not in the rhapsody. If ‘letting go’ were a concrete emotion, that is what listening to the band would feel like.

But if you have to acquaint yourself with the band’s style of rendition in the first instance, the one album you need to go to is Ceremonials (2011).

A quick dissection of the said album:

“Only If for a Night” begins with an urgency, slowly recedes into weeping and culminates in a desperate cry. The surprise? The urgency does not leave for a moment during the 5 minutes.

The lyrics have a tendency to haunt you. Read on:

“Shake it Out” (used as a background score for TV shows and the like) is the best example of how the metaphors they have doled out can mean a teeming variety of things and you are bound to have a takeaway from the song, in an interpretation unique to your perspective. It is also full of uncanny hope, all the while describing a state of turmoil.

“It’s always darkest before the dawn”, the song says, and that is how it functions: entering the deepest recess of suffering and then surging upwards, bursting into a fountain of hope. It is likely that you are taken aback by what all a single song can make you feel within a short span, and may even eerily flash your whole life (possibly the tragedies) in front of your eyes.

The Album is not a one-song wonder either!

Even “Strangeness and Charm” which is very upbeat in its music, carries the authentic  Florence + The Machine voice. And it is not just the eerie name. The lyrics of the song dissect love in atoms and patterns. Oh, the strangeness and charms of the song. An urgent desperation similar to the one in Only If For a Night makes appearance in All This and Heaven Too and Never let me Go. The former is probably the best representation of what the band does: concoct that perfect dish with beats and poetic feats. Exhilarating enough so that your heart can skip a beat, but heavy enough to make the listener resign to her fate.

There are great parts that could have so easily gone so wrong. And yet: the mild undertones never sound like whines. The silent whispers are saved from descending into excruciating inaudibility. For a composition that so thoroughly relies on the acoustics to synchronise with the terrain of the words, it is a feat accomplished to have balanced the weight so well. That is perhaps where the biggest strength of the band lies: more than lyrics, it is in the creation, maintenance, development and nurturing of this fragile balance which is endearing the recipe of the band to the listener.

Their music wrapped and gifted to the listener in unmatched equilibrium is the perfect escape on a hard day, slow day, any day.