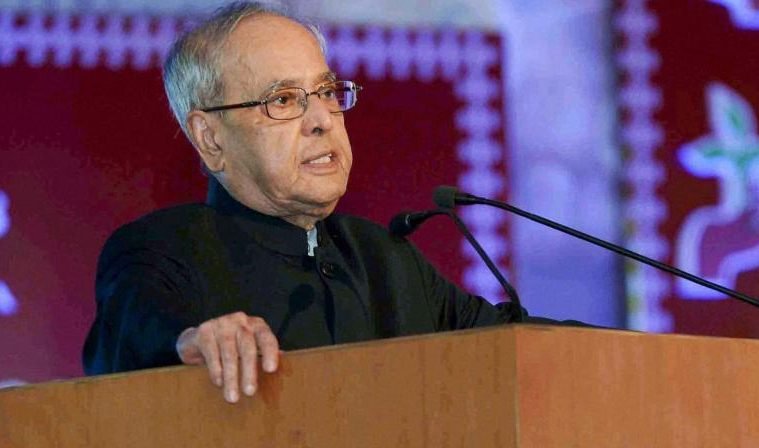 India braces itself for a major political tempest in 2019. But with a weather of speculations and assumptions, the year 2018 is no less charged. Every act and every omission is going from under the political lens. Or maybe it actually is getting done with a political intent?

Add to this the recent developments of the Rashtriya Syaymsevak Sangh (RSS). The RSS chief Mohan Bhagwat recently invited the ex-president of India Dr. Pranab Mukherjee to speak at a valedictory ceremony of an annual RSS training event. The latter responded with graciously accepting the invite extended. This however, did not go down well with a lot of political leaders; especially those of the Indian National Congress (INC). To understand that how a small invite can put political parties into a frenzy, a little background is imperative.

Pranab Mukherjee in his early political life became a protégé of Indira Gandhi. She had identified his talent and recruited him to INC. As already clear, his political career is deeply influenced by Ms. Gandhi as well as the Gandhian philosophy. Having a hand in glove relation with the Indira regime he was speculated to be the successor to Indira. But it was Rajiv Gandhi who eventually took the reigns in his hands. 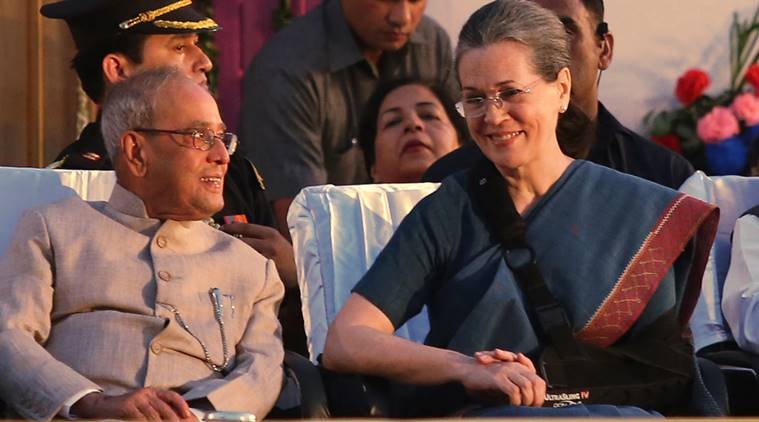 Nevertheless, Pranab Mukherjee was one of the few INC leaders who formed the core team of the Indira regime. Successively he formed one for the Rajiv Gandhi regime, too. He were again to come close to the Prime Minsiter’s post but Manmohan Singh was chosen by Ms. Sonia Gandhi whose entry in politics was mentored by Mukherjee himself. He himself records his thwarted ambitions of becoming home minister and then Prime Minister. He hinted of the wide support in the party for the latter job in his book, “The Coalition Years”. Thus, it is safe to say that his active political life has been that of an INC leader. Ofcourse there was a brief drift in 1986 where Mukherjee founded his own party Rashtriya Samajwadi Congress (RSC). But that did eventually merge with INC.

His reputation is not that of a mass leader. But he is seen as more of a politician who has always been a secular, nationalist experienced statesman. He is often cited as a veteran Congress leader. But what needs to be added here is that he was born in a radical Bengal. At that time when his father was involved in the Indian independence movement. He was a lecturer of political science and also a journalist before entering into politics. He joined that Congress party which was helmed by the Gandhian philosophy coupled with the strong leadership of Ms. Indira Gandhi. But he parted with that Congress when it seemed to be a sunken ship in a wide sea of scams. Congress desperately needed a leader rather than an heir-apparent.

The Event And Its Background

The RSS event to which the former-president is invited is called the Sangh Shiksha Vargh. It is an annual training camp meant for the RSS recruits in their third year at the organization. This is the fourth time that the RSS chief invited Pranab Mukherjee to be the chief guest. Earlier all the invites had been declined as Mr. Mukherjee was the President at the time. To attend such an event at that point would not have been appropriate. This invite took many by surprise and shock. 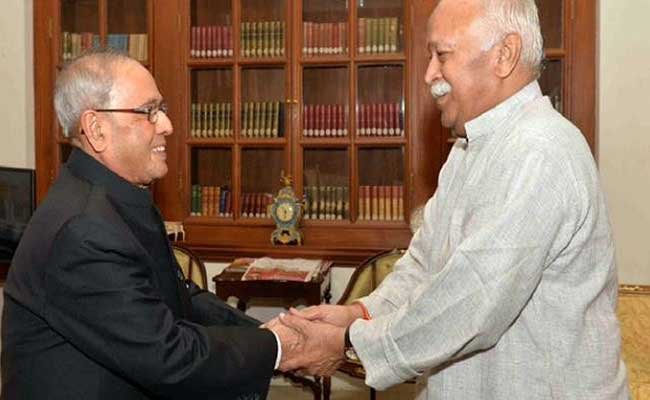 But the RSS has been known to invite people not ascribing to its ideology. One of the earliest examples was former Central Provinces Home Minister Sir Moropant Joshi in 1933, during Hedgewar’s time. In 2007, former Air Chief Marshal A Y Tipnis was invited by then Sarsanghchalak K S Sudarshan. Without targeting the RSS directly, Tipnis delivered a veiled critique that dwelt on secularism, tolerance and faith in the Constitution. This lead to a point-by-point rebuttal by Sudarshan.

Before that, Gandhian health activist Abhay Bang had once been chief guest. Other former chief guests include former CBI chief Joginder Singh, Republican Party of India (Gavai) president R. S. Gavai, and former Nepal Army chief Rookmangud Katawal. Thus, it is safe to say that this event of the RSS does not wish its chief guests to push the organization’s ideology. Rather they are to put forth their ideas and principals for the volunteers to be aware of different political perspectives.

The decision of the ex-president to visit the RSS headquarters did receive mixed responses. Most of which were of anger and shock, while some will come out as the event unfolds. However, let’s take an unbiased view of this whole situation. It can be seen that Pranab Mukherjee expressly ended his affiliation with the INC. He retired from active political life following his election as the President of India in 2012. Thus he cannot be seen as a mere Congressman now. He was the President of India and now the ex-president. He has been the head of the State having shed all his past political affiliations.

His visit to the RSS headquarters should not ideally be given a political colour. Some Congressmen have met and advised him against attending the RSS event, in the past few days. However, Mukherjee has told them that the Congress, at least since Gandhi, does not believe in politics of untouchability. He said that acceptance is not endorsement.

P Chidambaram while accepting that Mukherjee will attend the event has advised him. Chidambaram wants that whilst visiting the RSS event Mukherjee should tell them what is wrong with their ideology.

Meanwhile, the hue and cry raised by Congressmen on this incident only shows how insecure the party is. The party president Rahul Gandhi attacked the RSS for its active role in politics. Meanwhile, on the other hand a hitherto senior congress leader visited its annual training camp as a chief guest. However, a lot of people will be waiting for the speech. They sure will be expecting a voice of a secular nationalist. We too are waiting to hear on 7th June, 2018 from Nagpur from the dias of RSS.