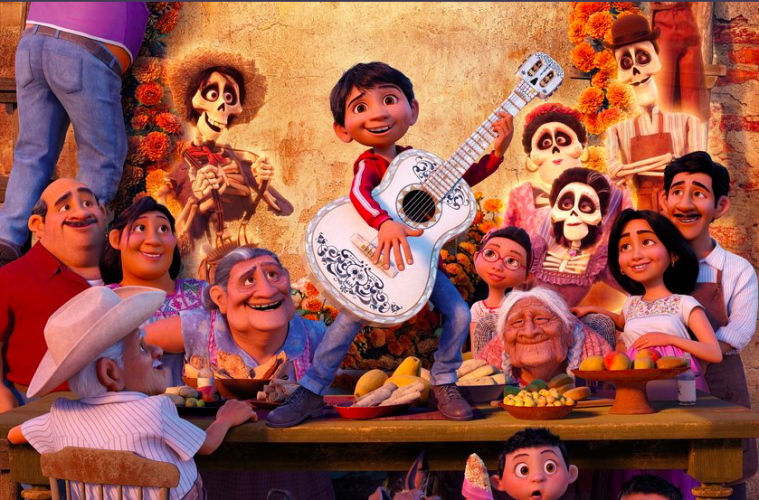 From The Dead to The Living: Coco Movie Review

Coco is a beautiful film.

But just like the themes that interlace each other in the film to create an emotional experience more than the sum of its parts, the word ‘beautiful’, too, has multiple meanings here.

The beauty of this film, at first, lies in the way it looks; or rather in the way it is rendered. The animation is better than anything I have ever seen in an animated film. It was almost scary at moments, when I actually noted the level of detail, texture and careful design in each and every frame. The film is broadly based in two worlds – the land of the living and the land of the dead. And the film portrays these worlds with a surprising and perfect craftsmanship.

The world of the living seems standard. Yet even as you look, you may feel breathless with all that is on display. Lights reflect perfectly off surfaces, facial expressions are subtle but noticeable. The streets in the land of the living seem rusty, pebbled and a little dirty but they give you a homely feeling, just like the roads and little lanes of your native town. Taking place during the Day of The Dead, the film is awash with light, colour, celebration and the feeling of tradition. Flowers are laid along to guide the spirits, food is prepared, fireworks are abound. And despite the scale of what you see, the atmosphere never fails to lose the sense of tradition, familia and just an unbridled magical experience. 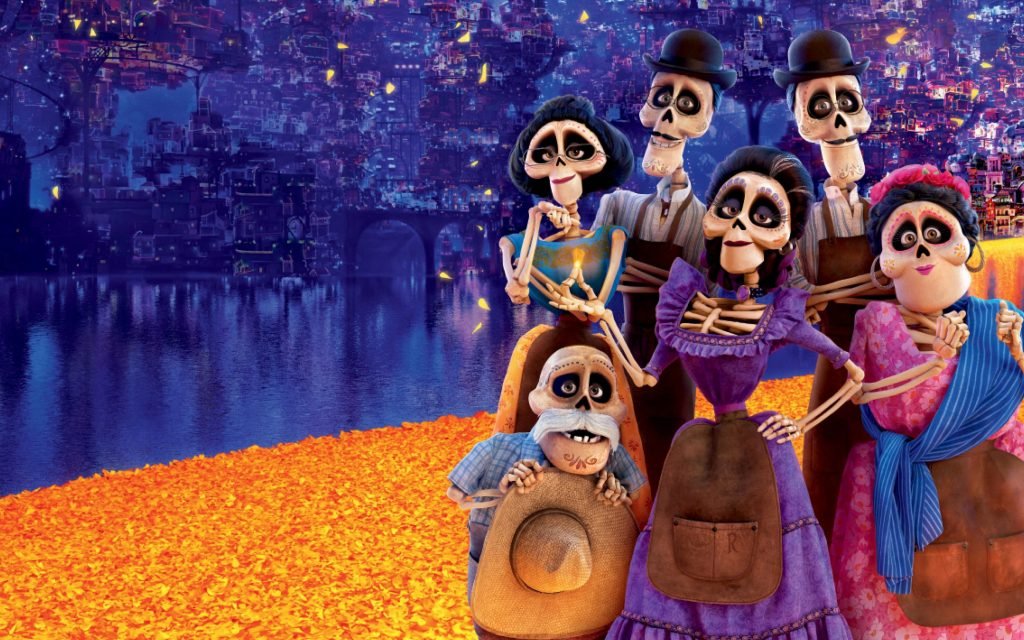 The land of the dead, on the other hand, is exactly the opposite, yet in many ways the same. All you see in the land of the living is surprisingly cranked up to the maximum here. The colours are even more dazzling and the land of the dead is covered with swathes and swathes of bright, glittering and making the feeling of joy come alive on screen. There are houses that are laid atop one another, forming a building with no real shape. There are vehicles that travel without roads or wires and just fly. Despite all this, the level of detail once again is astounding. All the skeletons, despite having basically the same shape, look different and can clearly be differentiated. Truly, it is the land of the dead that somehow seems as, and maybe more, alive than the land of the living.

But that’s just how the film looks. Beauty is more than that, and much more. It’s more about how it makes you feel and that is the real strength of this film. It could have been very easy for Coco to fall prey and tell a story with all the familiar family tropes. However, the surprises in the story are just enough for the themes of family, predictable as they are, to be thoroughly engaging. Some of us may see the ending of the film coming long before the credits roll but it’s the journey the film is truly about.

Miguel Rivera, the main character of the film, takes this journey, powered by the belief that his family is a detriment to his dreams. His path to the realisation of the importance of family is the backbone of Coco and it is a strong one. The ending is simple, and yet it packs a powerful punch, especially if you’re the kind who tears up easily. The adherence to Mexican traditions helps a lot in this regard. Living in India, we know the value of performing yearly rituals with our families as part of festivals. More than honouring what these traditions mean, they offer a chance for us to just bond with them, the people who have made us who we are. It is a theme that Coco captures perfectly and it is also a lesson for Miguel (and maybe for us. Wow, Pixar).

What about how it sounds? Does beauty lie in that? Of course it does. By now you’ve probably realised that beauty resides in each and every aspect of something if you truly find it beautiful. This paves our path to experience another area where this film, and I am getting tired of saying this, knocks it out of the park. The voice acting is perfect, first of all. Anthony Gonzalez has probably given a performance that would put many voice actors to shame. The emotion in his voice as he cries or laughs or performs is palpable and gave me chills at least twice. 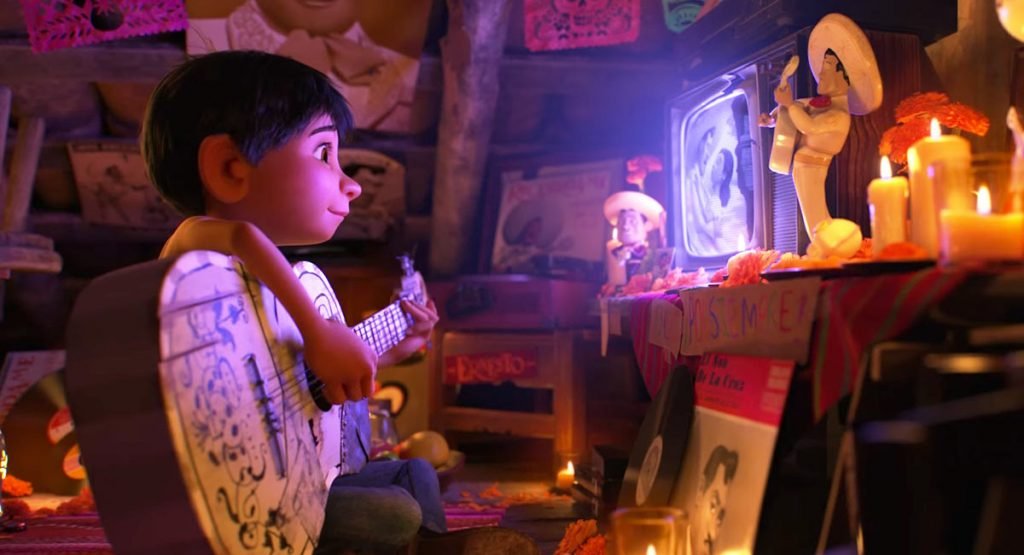 Hector, played by Gael Garcia Bernal, is the other deliciously complex character of the film and also my favourite. It’s surprising that he too, like Gonzalez, has no experience in voice performance. Yet he captures Hector’s personality amazingly. This film actually made me forget that there were actual humans voicing these amazingly drawn characters. And I can honestly think of no higher praise. The rest of the voice cast doesn’t have a lot to do. But even with them, I forgot I was watching a film as I got lost within these people, dead or alive.

Lastly, mi amigos, I must speak of the soul of this film and that is the music. Every strum of the guitar or the bustling yet peppy sounds of the mariachi immersed me further in the experience. I am not going to say a lot about this; but despite a lot of the music being in Spanish, I was able to understand what it meant. Every song has meaning, whether you understand the word or not. And the film takes great pains in relating that meaning to us. Make it a point to hear Gonzalez’ rendition of ‘Remember Me’ and you can thank me later.

This brings me back to the sentence in the beginning. Coco is a beautiful film. It is a film that has beauty on the outside; filled with rich visuals, detailed animation and carefully designed characters and a level of artistic brilliance very rarely seen. But more than that, it tells us a story of a boy trying to follow his dream; and learning that sometimes we need to go back to learn how to truly go forward. Coco brims with thematic complexity that is brought to us in utter simplicity. It shows us the value of remembering who you are by showing what you have forgotten. It teaches us that death does not mean that someone is gone. And in the end, it teaches us the ultimate lesson.