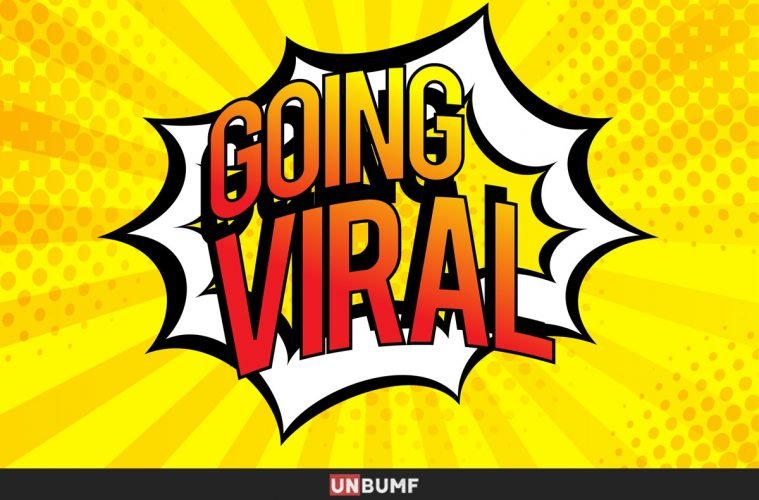 Going Viral – The Weirdest Things That Dominate The Internet

“Kiki! Do you love me? Are you ridin? Say you’ll never ever leave me..”

If this does not remind you of random people dancing beside their cars, then it’s time to go back to the rock that you’ve been living under.

It is a rule universally acknowledged that the dumber the thing, the more popular it will be over the internet. Take, for example, Danielle (although she refers to herself as “Bhad Bhabhie”), a teenager who appeared on Dr. Phil’s Show, and instantly gained popularity as the “Cash Me ousside, How Bow Dah?” girl.

In this piece, we bring to you a few of the stupidest things that went viral over the internet. A lot of it, we confess, originates from white people doing weird things :

1. The “In my feelings challenge”:

When Drake released his new album, little did he know that one particular song would turn into all the rage over the internet. The “in my feelings” challenge refers to people walking/ dancing beside their cars and video- documenting the same, while the car runs at a speed of about five miles per hour, on the aforementioned song.

The day we started copying green coloured aliens and their weird steps, we strayed a little further from the Lord’s light. “Dame Tu Cosita” is a song by Panamanian artist El Chombo, featuring Jamaican dancehall musician Cutty Ranks. The “Dame tu Cosita” challenge refers to copying the highly unorthodox dance steps of an animated alien, while the song itself plays in the background. Oh, and did we mention- Dame Tu Cosita itself means – “Give me your thingy”. Ahem.

Most of us have heard of this one. A single sound clip, repeatedly saying just one word in a rather nasal twang. The dispute? People can’t seem to decide whether it says “Yanny” or “Laurel”. A little bit of research tells us that people below a certain age , having younger and more sensitive ears heard “Yanny”, while the others, older ones heard “Laurel” owing to the difference in the frequency of the sound of the two words. While “Yanny” can be heard in the higher frequencies, “Laurel” can be heard at a much lower frequency.

No, this isn’t some cleverly placed advertisement for a brand of tea. Meet Somwati Mahavar, or as we better know here, “Chai Peelo” lady. Somwati became an internet sensation nationwide when a video of her sipping tea went viral, wherein she quite eloquently asked her friends whether they had finished their chai. Soon, “Hello Frands, Chai Peelo” had not only gone viral, but had been etched into the history of the most random memes ever. Realising the magnitude of her popularity, Somwati went on to release many more videos, ranging from “Chai Peelo” to “Paape khaalo”, “Fruits Khalo” and even “Kheer Khalo”. Quite hospitable, we must say.

Did you think only Kishore Kumar could ace at the vocal display of talent that is yodelling? Mason Ramsey, or the “Yodelling Walmart kid” became the darling of the internet when a video of him performing at a Walmart went viral. The youngster became the blue eyed boy of the internet worldwide when in an interview, he told people that he wanted to be a famous singer and was performing at Walmart because that was the place most frequented in his village in Harrisberg, Illinois. Dressed in white shirt with blue jeans, cowboy boots and a cute little bow- tie, Ramsey won the internet over with his innocence. Today, he has performed at Coachella, one of the biggest music festivals in the world and appeared on the show hosted by Ellen Degenares. Don’t miss this super cute video of him yodelling his heart out.

How many of us know Russel Horning from Georgia, United States? Worry not, for we are talking about none other than the backpack kid. With no less than one million (and adding) followers on Instagram, the backpack kid shot to fame world over when he featured alongside Katy Perry on the season Finale of Saturday Night Live, doing the floss, his signature move. Horning’s tryst with pop stars isn’t new- he was already trending on his Instagram account, @thebackpackkid, getting a shout-out from Rihanna, who reposted a video of his to celebrate her Grammy nominations. The fifteen year old became an instant sensation on social media, with people mimicking his dance moves ( arms stretched straight, flinging wildly to both the sides with the hip passing between your hand at alternate intervals, all while you maintain a poker face, which is very important.) Here’s a demonstration:

Like we said earlier, you never know what it takes to send the internet into a frenzy. While a lot of youtubers have have grown tired rubbing their eyes and trying to think of new content for their followers, it seems that sometimes, a wink is enough. Priya Prakash Varrier was only just making her debut into the Malayalam film industry with ‘Oru Adaar Love’, when a snippet of a song from the movie went viral. Winking in her own signature style, Varrier became an overnight sensation gripping the nation.

As on February 2018, within a week from when the video first released, Varrier already had 2.8 Million followers on Instagram. According to reports, Priya got 606 thousand followers on Instagram in 24 hours, making it the third highest number of followers anyone has managed to get. She’s preceded by American reality TV star and model Kylie Jenner (806 thousand) and footballer Cristiano Ronaldo (650 thousand). Within days, people- both men and women all over the country were going crazy trying to copy her signature style.

As you must have realised by now, there is no straight jacket formula for why or how anything goes viral over the internet. From Grumpy Cats to a random guy singing “Isme tera ghaata, mera kuch nahi jaata”, the possibilities of what might the collective mind of the World Wide Web might find amusing, are endless. The internet is definitely a weird, weird place.