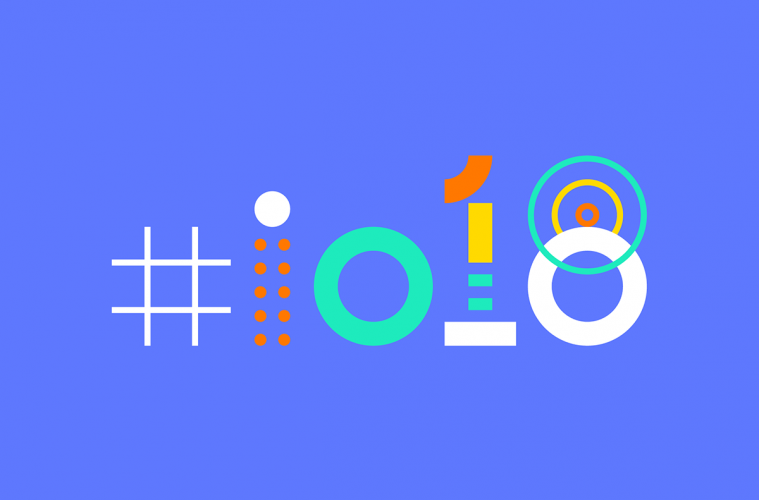 Google I/O 2018 Keynote: How Google Is All Set To Change The Future

Multiple Grammy awardee John Legend is lending his voice to Google Assistant, Gmail is now capable of composing an entire email by itself and thanks to Google, we are probably on the verge of overcoming the Turing Test, phew!

Google just wrapped up their 2018 I/O Keynote which brought loads of new announcements. Google has been pushing the boundaries of technologies for about 2 decades now and their annual developer conference, Google I/O 2018, did not disappoint. As one of the leaders in Artificial Intelligence and Machine Learning research, these were the keywords in the keynote presentation lead by the CEO Sundar Pichai. From unveiling a few key features of Android P, slated for roll out later this year, to providing glimpses of how Machine Learning and AI are making waves in simplifying user experiences.

Here are some of the key highlights of one of the most anticipated tech event of the year.

Google will be releasing the latest Android version, code named Android P, later this year. Though Google is yet unveil the name of the version, some conspiracy theorists have thrown in names like Popsicle, Pancake, Pecan Pie, Pumpkin Pie etc.

It highlighted some key features of the latest iteration of the un-named Android OS, Android P (9.0), which fall into 3 core categories.

Android P Beta is already live for a wide range of mobile manufacturers. 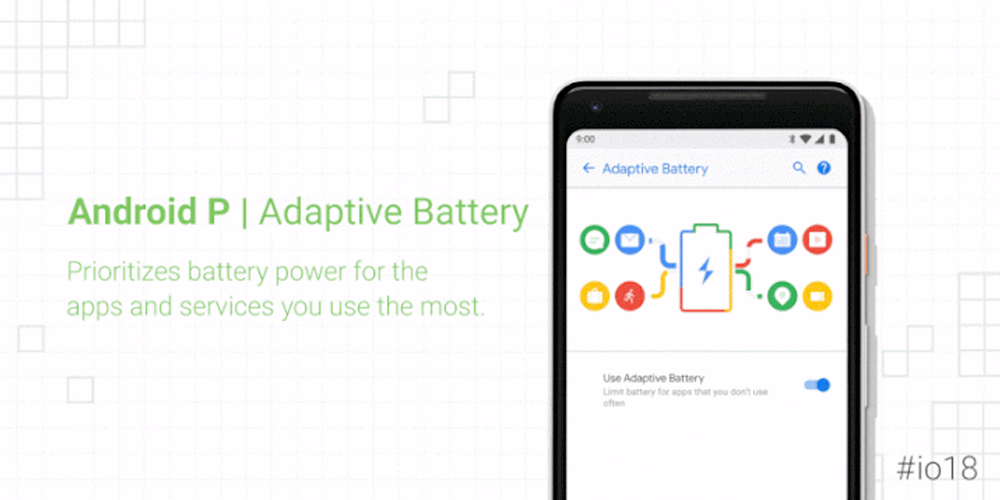 Android will utilize on-device machine learning to predict which apps you are most likely to use or require in the next few hours and restrict the background processes of the remaining apps to enhance the battery life.

This will provide enhanced auto-brightness settings based on the user behaviour. This feature will take into account the user’s usage patterns and his/her environment and adjust the brightness according the ambient light available. 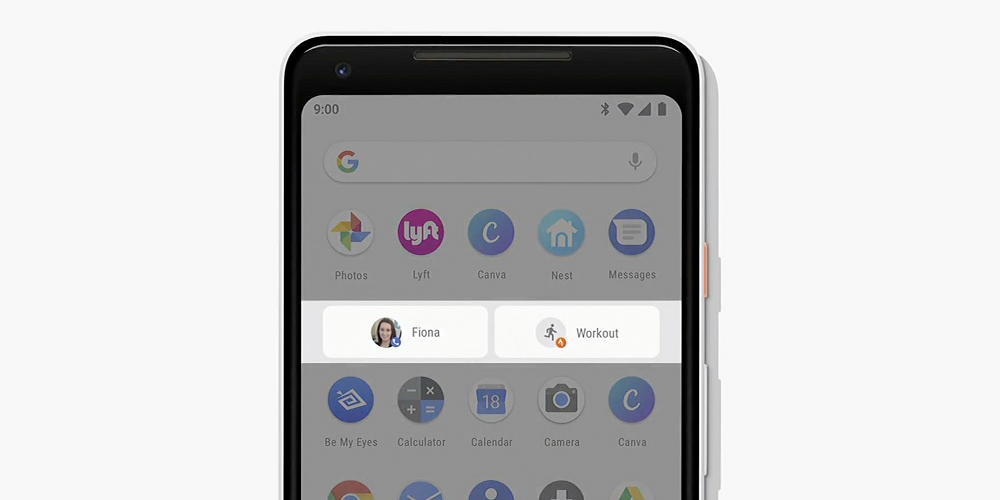 Again, utilizing the usage pattern of the user, Android P will try and predict the next logical action and provide a touchpoint/CTA to help the user get to his/her task more easily and quickly.

For instance, the moment the user plugs in his/her earphones, he/she will get an action to resume the music playback from the last song. 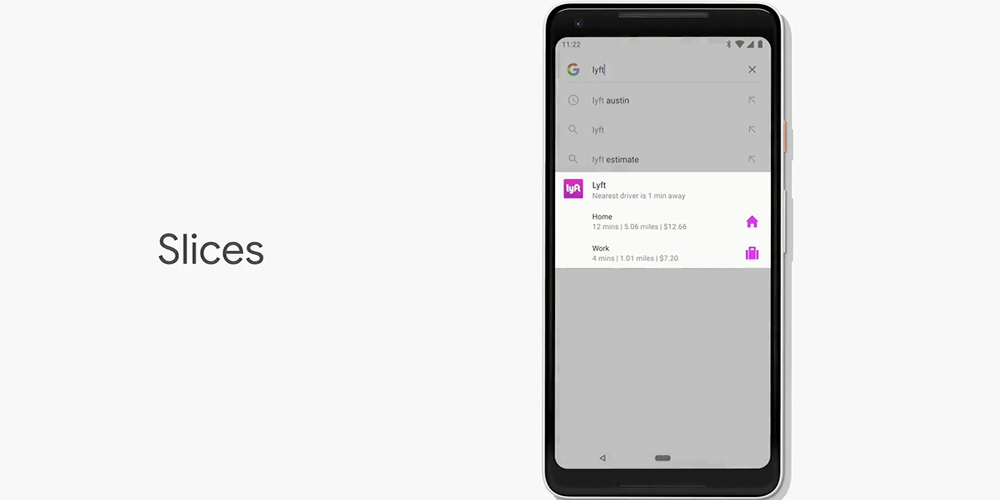 App slices is another feature to make the life of the user a lot easier. Slices are interactive snippets of the application UI. Slices will enable the user to interact with the most common features of third party apps right from the search bar.

Example, if you type in ‘Lyft’, you will get options to book a cab within search itself.

Android P will embody Google’s philosophy of ‘less is more’. The android navigation will undergo a complete overhaul. The focus will be more on gestures, as the mobile tech industry is moving towards a button-less future, according to Google.

In Android P, one swipe up will display 5 predicted apps – either the most used, or customised according to the usage pattern. One swipe will also provide app overviews with horizontal scroll, iOS-esque style. A second swipe up will take the user to the app drawer (all apps).

Auto-rotation feature will also get an upgrade. Each app will have an explicit action  to control rotation instead of the default rotate on phone’s rotation.

The volume buttons on the device will control the media volume by default, instead of the ringer volume. A major UX upgrade, to be honest.

Google is taking a proactive approach towards tackling mobile addiction in today’s generation, instead of promoting it. 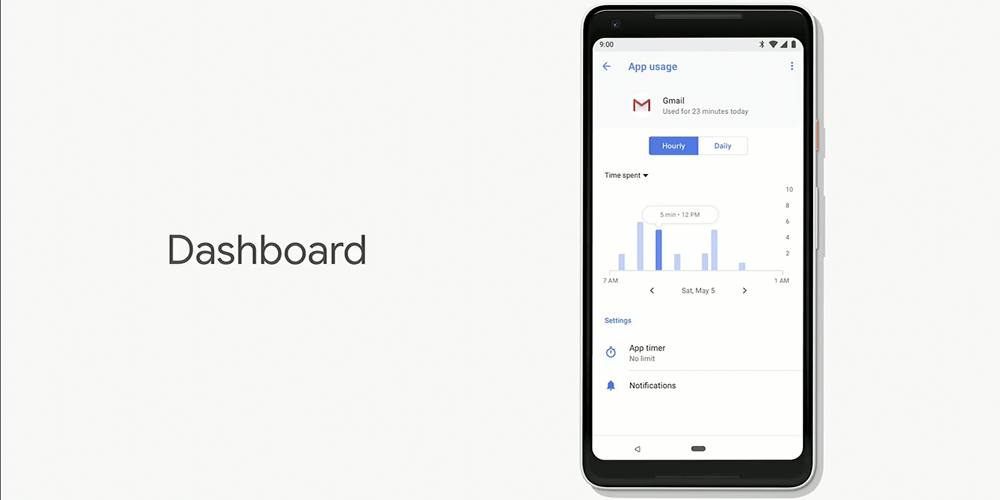 Do Not Disturb mode

The do not disturb mode will get an upgrade. Google is introducing a playfully named featured called ‘Shush’ which will disable all audio and visual notifications if the phone is turned face down. Of course, exceptions will be allowed in case important contacts need to reach the user in case of an emergency. 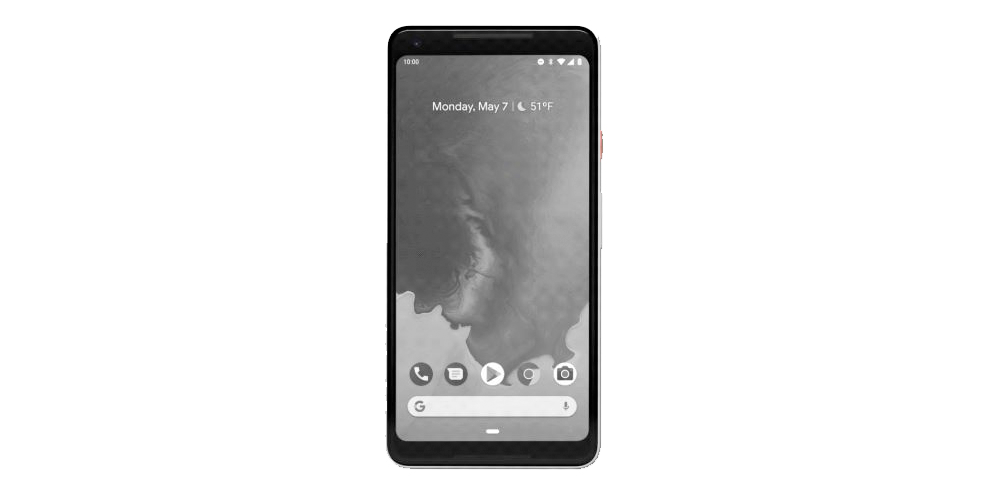 This feature will turn the display to grayscale at bed time, which is far less stimulating to the brain and will motivate the user to put the phone down and take a well needed nap.

In addition to the Assistant’s current voice, codenamed Holly, Google Assistant will get 6 more voice option with Android P. John Legend has also lent his voice to the Assistant. Google used WaveNet technology to drastically reduce the studio time needed to record voices for the unfathomable range of commands and interactions for Google Assistant.

The updates will roll out to Android P devices by later this year. 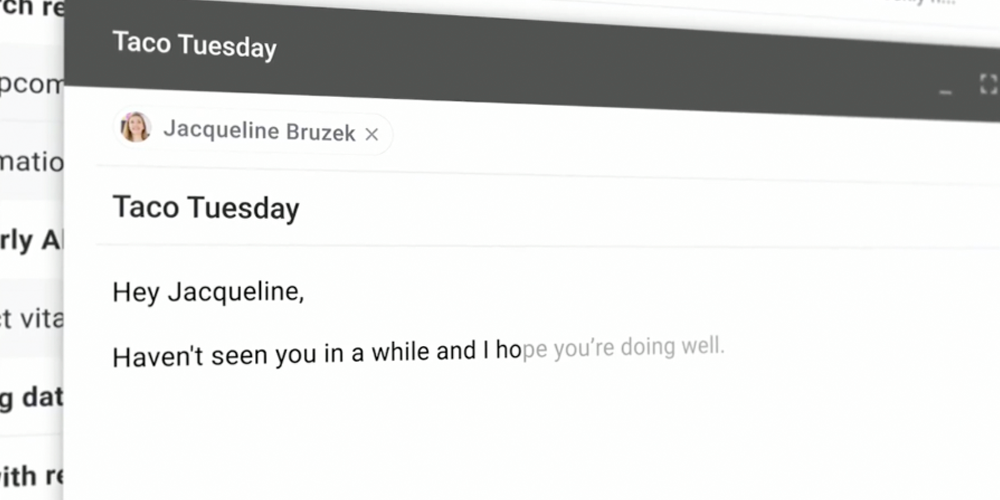 Thanks to the advances made by Google in Machine Learning, GMail will now be capable to compose emails almost entirely by itself. This is an impressive extension of Smart Replies that Gmail already supports.

This feature will be available to users this month.

Besides the usual impressive features and tech, Sundar demonstrated a freaky awesome capability of Google Assistant that is mind boggling. Using AI, deep learning and text-to-speech, Google Assistant was able to communicate, adapt, improvise to successfully to book and actual women’s haircut appointment.

Google is working hard towards this feature, which according to the tech giant, will save time for both the user and small and large businesses.

In the demo, it seemed that Google Assistant was successful in passing the Turing Test. The Turing Test is a test of a machine’s ability to exhibit intelligent behaviour, indistinguishable from that of a human.

One of Google’s most used used products, Maps will get a revamp this year as well. Maps will become an application which is a lot more than locations and directions. Google will be adding a new ‘For You’ tab that will highlight all attractions and places you’d likely be interested in. It will also provide a ‘Your Match’ score, which is a measure of the likelihood of your liking the suggested places based on your past ratings on Maps.

Google is also bringing the exciting new capabilities of Augmented Reality to Google Maps by integrating it with the camera. Now the users will be able to point their camera at a location to start the on screen navigation.

According to statistics presented by Sundar, over 5 billions photos are viewed by users all across the world on the Photos app. Thanks to AI and Machine Learning, the app will show suggested actions within the photo viewers (eg. share photos to someone who is in the picture, AI suggestion to fix brightness in one tap, convert the doc pic to PDF and save)

Users will be able to colorise black and white pictures with one click. The feature will be rolling out to users in the next couple of months.

Woah, that’s some real cool stuff out there, Google!