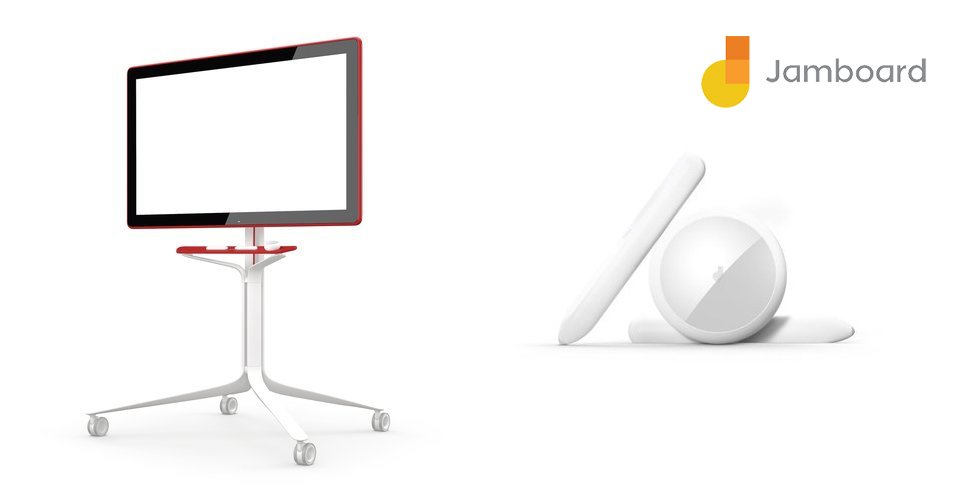 Google continues to pleasantly surprise us all. With its state-of-the-art technology and out of the box thinking, it recently launched another wonderful product called Google Jamboard. It is quirky, fun, simple and useful. *Trademark Google*

The Google Jamboard bridges a gap in the transition of our world to an online universe. As part of the G Suite, the Jamboard is essentially a digital whiteboard. Yup, our classic whiteboard is being replaced by an upgraded digital version. With the core vision of being a platform to jot down the ideas of a brainstorming session or a meeting, the Jamboard pushes further horizons to incorporate various other features.

The Jamboard is a 55” 4K touchscreen display interactive whiteboard designed as a tool to enhance office collaboration in the virtual era. The functionality is extremely simple with the underlying concept of a whiteboard. The Jamboard mounts on a wall or a rolling table. It comes with two styli and an eraser. Along with its basic feature of writing using a Stylus, the board works very easily with your fingers too. The eraser not only erases your written data but also features microfibers that actually clean the screen simultaneously. Neat, right?

Powered by the Nvidia Jetson TX1 Embedded Computer, the UI is a customized build of Android 6.0, Marshmallow. The digitized whiteboard also features a plethora of connectivity ports along with a wide angle 1080p WebCam.

The price of this blown-up tablet is obviously not cheap. However, it is far less than Microsoft’s Surface Hub, which is their main competitor. The board along with the styli and eraser costs a meager $4,999 (INR 325,000).

Get Ready To Jam

The collaborative sessions are being marketed as “Jams” by Google. Funky, eh?

Anyone can start a Jam session by logging into their G Suite account. You can invite any of your colleagues to collaborate within the session in a similar way as sharing a doc over Google Drive. Remote collaborators can work on the same jam session through the Jamboard Android and iOS applications. The applications are not for Microsoft cell phones. #Competition 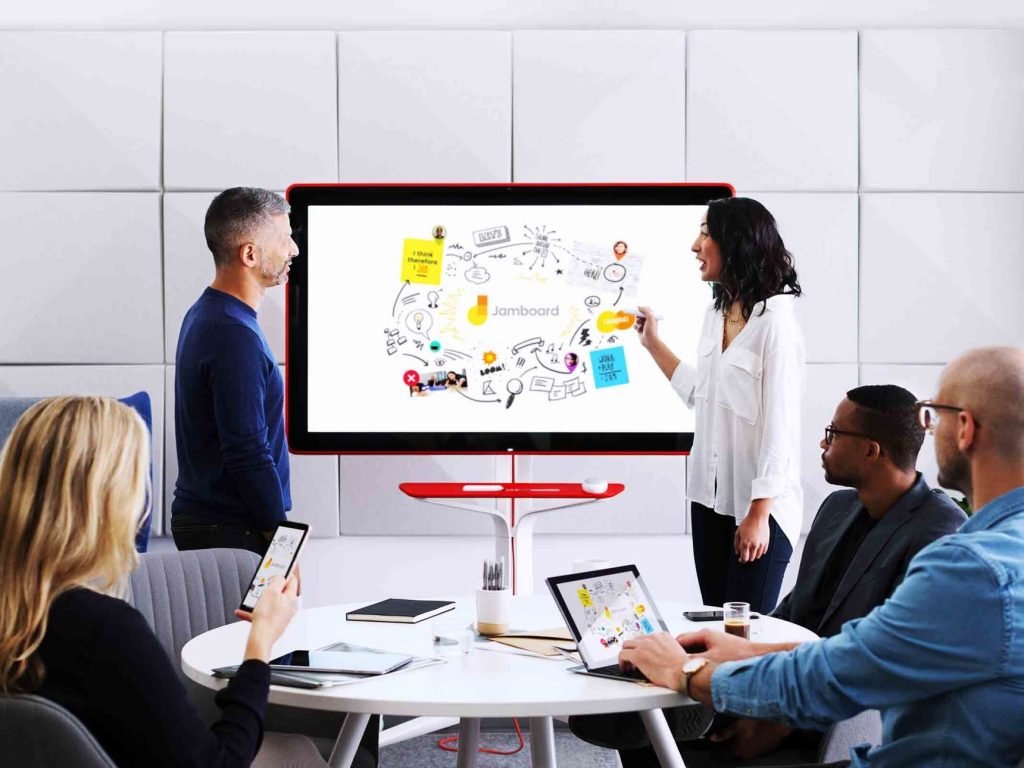 You just pick up the stylus, or simply use your fingers, to write anything and everything over the whiteboard. Much like the simple whiteboard. However, all your collaborators can simultaneously view and edit the board from anywhere in the world. Not only can the board decode your illegible handwriting, it also supports emoji physics.

To put it simply, you can bounce around your emoticons. You can screenshot articles, pull images and videos from the web, stick up notes and share emojis. At present, it only supports one of the two features at a time – the camera or the board. Which is to say, that a person can either view the board or the person he is talking to at one instant. A bit of a setback really.

While the Jamboard is a fun and interactive way to collaborate with your office team, it possesses little potential to actually penetrate the market. With such a price range for limited features, only the “very fancy” office places will be using the Jamboard. For instance, Google itself. Moreover, the device has minimalistic memory capabilities with the assumption that actual work is stored over the cloud. Although, the integration of simultaneous video and writing could become a major selling point.

While the “Jam” sessions sound all fun and inspiring, most companies might not be opting to bring the jam to your office anytime soon. Till then, we will have to make do with our plain old whiteboards!