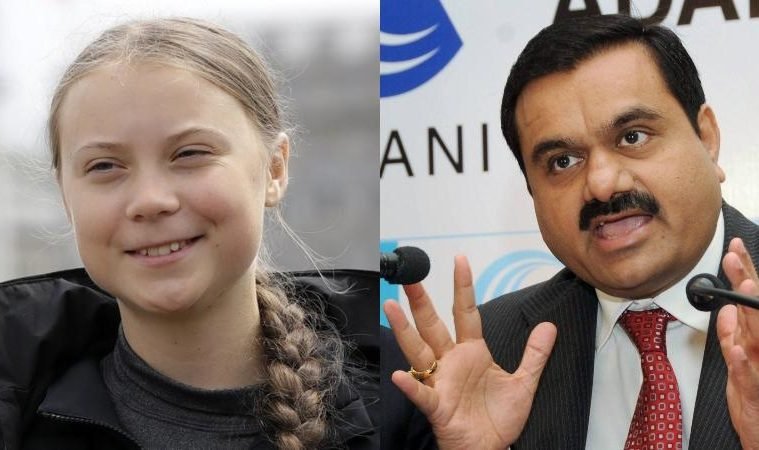 Greta Thunberg And The Climate Change Concern Against Adani Mines

Greta Thunberg has made the news on a number of occasions over the past few months. However, the reason for her being at the forefront has been the same every single time. The environment.

Thunberg is around 17 years old and is already a global figure. She is the face of climate activism all over the world and just last year, her speech on climate change went viral. It prompted world leaders to take notice and some of them, like Donald Trump, actually responded. Australian Prime Minister Scott Morrison, German Chancellor Angela Merkel and Russian President Vladimir Putin are just some of the other world leaders who have been vocal in their criticism of her.

However, responses from other places have been different. UN Secretary General endorsed the school strikes that Thunberg was part of, openly admitted that his “generation has failed to respond properly to the dramatic challenge of climate change.” In the year 2019, sales of books concerning climate change doubled. She was featured on the cover of Time magazine and was the subject of a 30-minute documentary by Vice.

Recently, Thunberg tweeted about a company called Adani, which plans to build a coal mine in Australia. Adani’s mine has drawn a lot of attention from environmental activists, but has been approved by the Australian government regardless. Thunberg’s tweet, however, was regarding the company Siemens.

Siemens has a contract to provide signalling technology to the coal mine’s railway, a contract that is worth $29 million. Thunberg tweeted before the company was to announce their decision, imploring them to reconsider their role and potentially disrupt Adani’s plans, if possible. However, Siemens did not acquiesce to protests or outrage and declared that it shall be moving forward with the contract.

While it is clear why environmental activists would protest against the mine, it’s probably better to take a look at Adani’s project itself.

The Carmichael Coal Mine and Carmichael Railroad project was proposed as the largest coal mining project in Australia. It is planned to be built in the state of Queensland, at the Galilee Basin. The Basin is one of the world’s largest reserves of coal. It covers an area of around 247,000 square km and it does not take a detective to see why a mine here would be supremely profitable. It does not hurt that it is located in a country that relies heavily on coal-based power plants. Australia is a large exporter of coal, with around a quarter of global exports its contribution. The coal from the Adani mine too, is planned to be exported to India.

The Carmichael project was projected to add around 128 million tons of carbon dioxide into the atmosphere. It was also estimated to produce a total of 7000 jobs once it was completely operational. However, from the very beginning it has been mired in controversy and legal battles. Since it gained approval in 2014, environmental groups and representatives of native landowners have engaged the corporation in legal battles. Protesters have come up in large numbers trying to draw attention to the impact of a coal mine in a region that is rife with plant and animal life and is also close to the Great Barrier Reef. 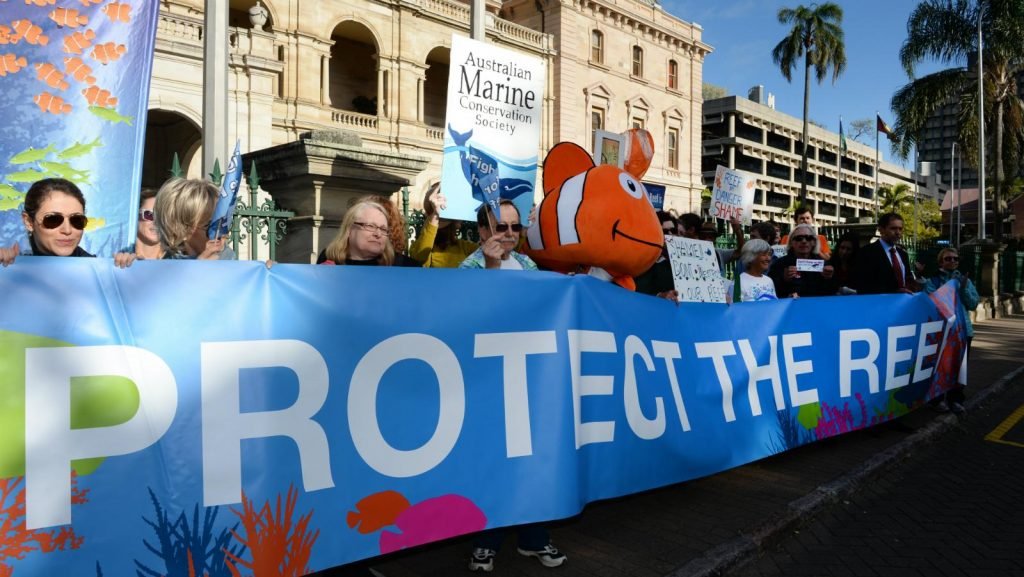 One of the primary actions that have been taken against the Adani mine have been from the Mackay Conservation Group, a central Queensland group for the conservation of environment. The group’s challenge was centred around the claim that the Prime Minister, when approving the mine, breached the Environmental Protection and Biodiversity Conservation Act of 1990.

The group contended that the Carmichael project would produce a large amount of greenhouse gases, something which was not considered. Two other major points, Adani’s poor record in India with respect to environmental diligence and the effect it may have on species around it, were also purported. This challenge was favoured by the Federal Court and the approval was overturned. However, it was re-approved, with certain conditions, described as the “36 strictest conditions in Australian history.”

That is not the only time Adani has had a run in with environment protection groups. The mine required several terminals and seabed dredging at the Abbott Point coal port. This would have meant a sizable portion of seabed would have been dumped into the ocean to make way for ports and terminals, all to service the mine.

This lead to immense opposition from many groups, focusing on the potential damage that it could cause to the coral ecosystem. An Australian Senator named Larissa Waters openly declared her support for this dumping to be “outlawed once and for all.” She went to say that history would look back on this coal port in the Great Barrier Reef as an “act of criminality.” The plans were scrapped since then, with on-land dumping being explored as a viable solution.

Water is another major focus of the outcry against the Carmichael project. Adani and the Queensland Government ignored a report by the Independent Expert Scientific Committee on Coal Seam Gas and Large Mining Developments, a report that estimated the annual water usage of the mine at around 12 billion litres. Along with the concerns regarding dredging of the seabed, environmentalist groups have voiced concern over this estimate and how it may lead to drying up in the Great Artesian Basin, affecting agricultural growth in the region.

None of these points even come close to the level of carbon emissions that the mine is supposed to be responsible for if it gets built. The company’s environmental impact statement declared an estimated 200 million tonnes of carbon dioxide being added the atmosphere per year. However, this doesn’t take into account the carbon dioxide that will be added to the atmosphere from the burning of the coal that the Adani group plans to export, estimated to be an additional 130 million tonnes. 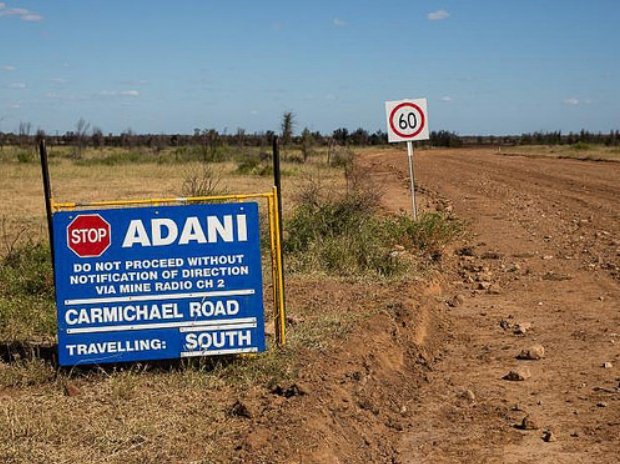 The Result Of Opposition Thus Far

While the project seems to have faced a lot of opposition, it still seems to have the go-ahead from the authorities in Queensland, despite some approvals still remaining. All pressure from environment groups, however, has done some good. The mine was proposed to have a budget of 16.5 billion but has since then been reduced to around AUD 2 billion, a hefty decrease in budget and hence, size of the mine. This was largely due to many financers pulling out of the project. Another fact that needs to be considered is the slowdown of the coal market in the Asian continent and all over the world as well.

The country of Australia does not contribute more than 1-2% in terms of global carbon emissions. However, there are other things to consider, especially with regards to the great barrier reef. Many experts have theorized that the countries dependence on coal mining could be reduced so as to benefit the reef. Also, Australia’s coal exports make up for around 4% of the world’s carob emissions. While this isn’t a high number, only two countries, namely Saudi Arabia and Russia have contributed more through exports. Adani’s mine will clearly add a significant number to this.

Greta Thunberg voicing out her opinion against the Adani mine could easily be negated with the argument that Australia in itself does not even add that much to the global emission amount. However, it is the principle that Thunberg is opposing, not a particular company or country. Governments and corporates aligning with the aim of profits without thought for the surrounding environment is a dangerous trend that can be seen in many places around the world. It is why Thunberg so openly asked Siemens to reconsider their contract and why it is so telling that they did not. By shining a light on this, Thunberg has made clear that most of these companies care only about profits.

It seems that @SiemensDE have the power to stop, delay or at least interrupt the building of the huge Adani coal mine in Australia. On Monday they will announce their decision. Please help pushing them to make the only right decision. #StopAdani

However, things do change and the various hoops that Adani has had to jump through is proof of the fact that pressure is working and might just end the whole project. The impact on Australia’s rich environment is too great for anyone to ignore, especially considering all the focus on the country during the months of bushfires. Hopefully, the spotlight brought about by Thunberg serves as a wake-up call.