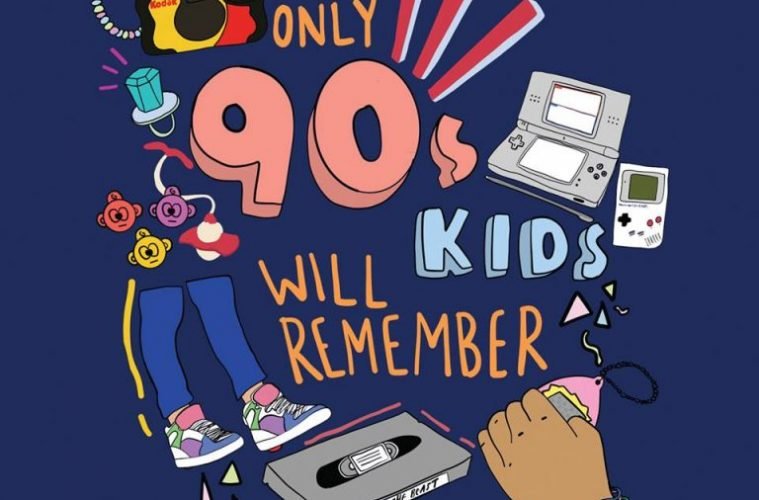 I am a proud 90’s kid. Being born in an age where things were less complex, yet fun was no privilege. But it certainly seems like one now. Because no one else has gelled with people from various generations before and after theirs better than the 90s kids have. Of course we secretly (and even openly) judge the current generation for their overly lavish lifestyle. That’s a different thing! But we do get along with them, and that’s the point!

We’re also now a bunch of young uncles and aunties (some even mommies and daddies) telling kids, “Back in our days, it was so different!” But excuse us. We’re now either nearing, sailing through or have gone through our quarter life crisis. Yet, we’re too cool for just anybody! 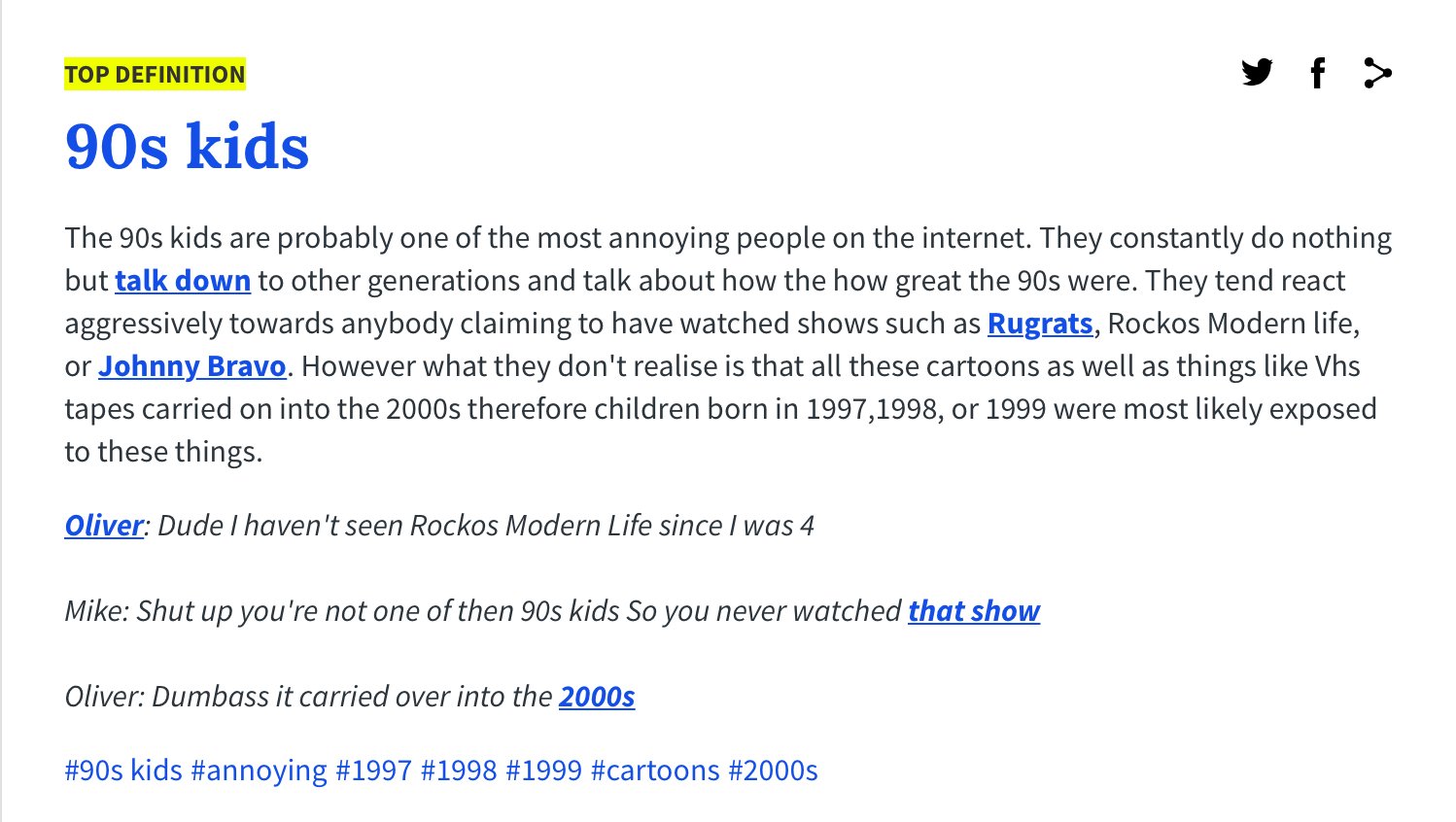 Warning⚠️: This article is a biased account on 90s kids because it is written by one.

Everyone knows the restlessness that spreads today if WhatsApp, Facebook, Instagram, Twitter or Snapchat is down for an hour or two. But back in the 90s, the only thing that made us restless was a power cut during our favourite TV show time. Repeat telecasts were inaccessible because we’d be in school the next day. So if you missed a show, you could only ask your friends to narrate the episode for you if they were lucky enough to have watched it.

Life was great even without the internet. How? We’ve made a list of things 90s kids did without access to internet driven social networks. Here, get happily nostalgic! 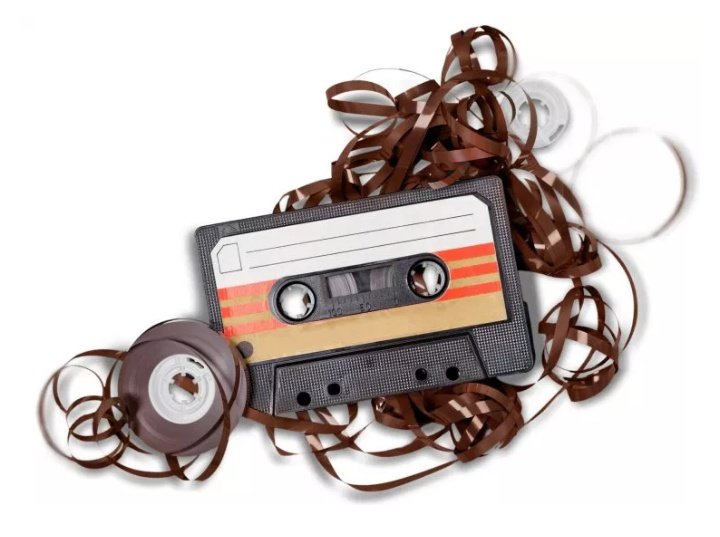 We didn’t need the internet to listen to our favourite music. All we needed was a cassette and a tape recorder. Sometimes cassette tapes would get stuck in the music player. And we had to pull out the flimsy black tape and use a pen or our little finger to carefully roll it back in place.

As time progressed a new portable device became a trend among the 90s kids – the walkman. You could play music from a cassette on loop at any time by plugging in earphones and no one would yell at you to turn down the volume. And it was solely yours! How cool is that? 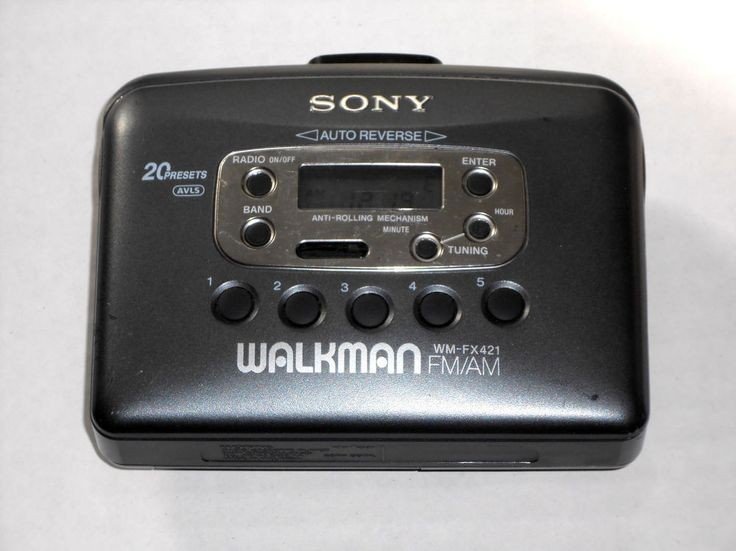 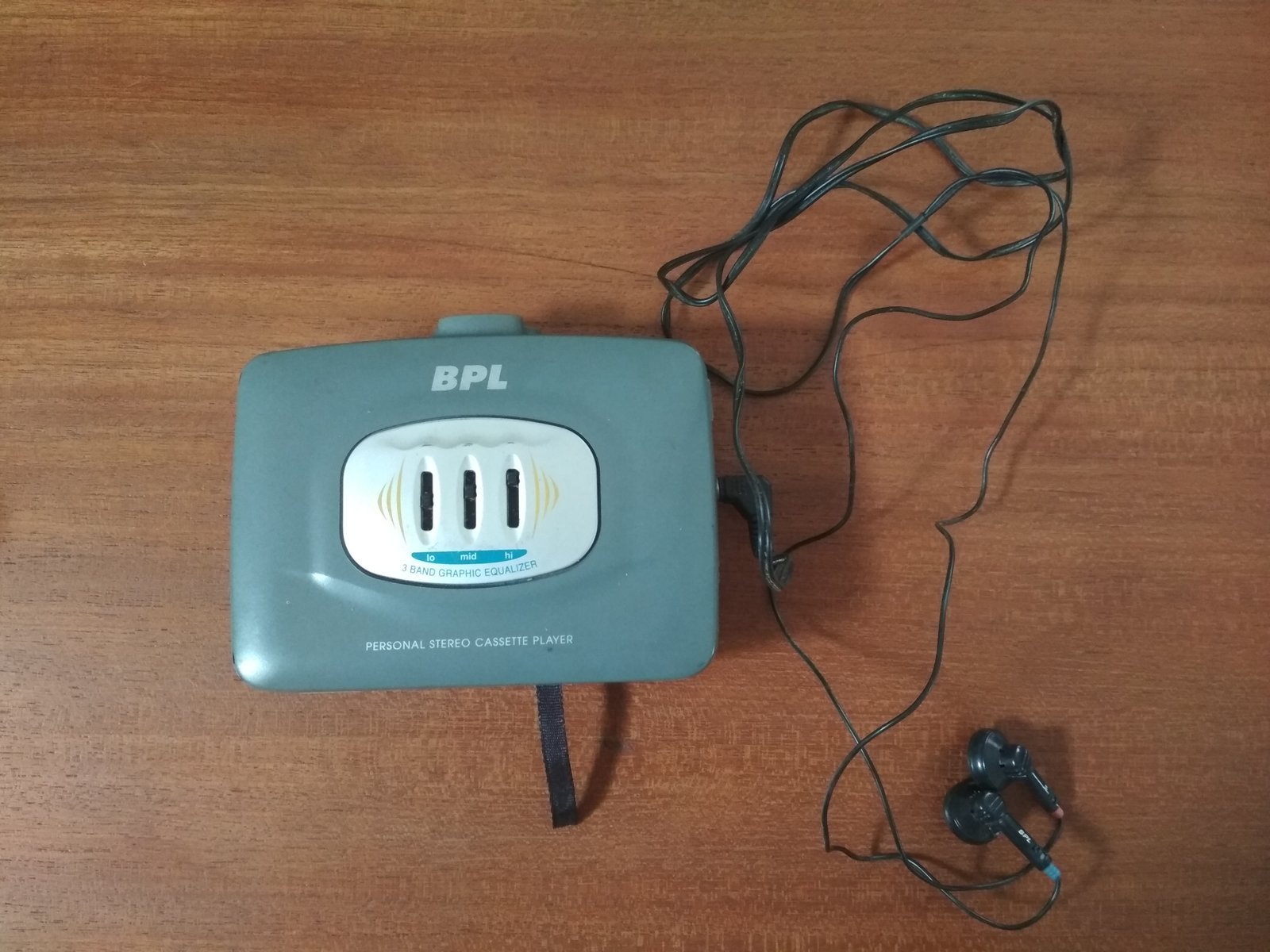 My eighth birthday present. The first cassette I played on it was of Kaho Naa… Pyaar Hai because I was a huge Hrithik Roshan fan!

Nostalgia Trigger #2: Sleeping Early Even On Weekends To Watch Cartoons The Next Morning 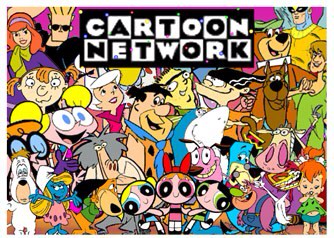 We didn’t have alarm clocks to wake us up! Because the internet didn’t keep us awake. Or rather it didn’t exist for us. All we had was the classic Cartoon Network. And by classic, I mean the 90s Cartoon Network. Glance through the above image and I bet you can name each character in it if you’re a 90s kid who watched all of these cartoons.

Weekends were undoubtedly fun because we woke up at 6 a.m. and watched cartoons for hours until of course our mothers chucked us out of the house to go play outdoors. 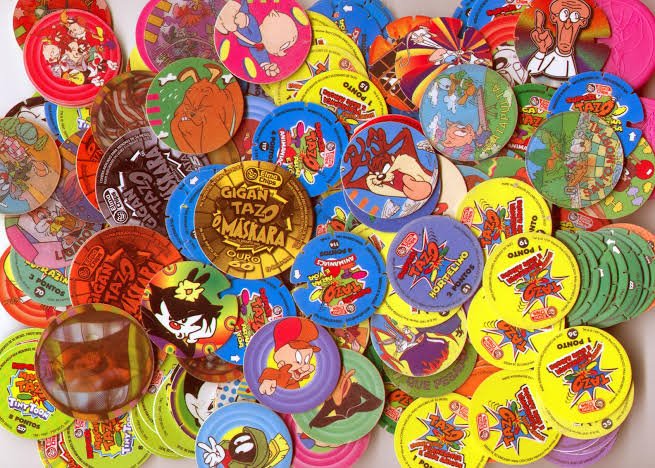 At school we didn’t argue over who had the most number of likes or views on their social media posts. It fortunately did not exist back then. But we did fight over who had the best tazo collection and the number of tazos we owned.

Sometimes there’d be two or three similar tazos. We’d go searching for someone who’d agree to exchange that for a different one. Later, there were 3D tazos as well. Tilting the tazo would show one cartoon character and holding it straight would show another.

WWE cards and tattoos were also a huge hit back then. Carefully placing the chewing gum wrapper on our arms and rubbing drops of water over it while we waited for a few seconds before the tattoo stuck to our skin was a skill! 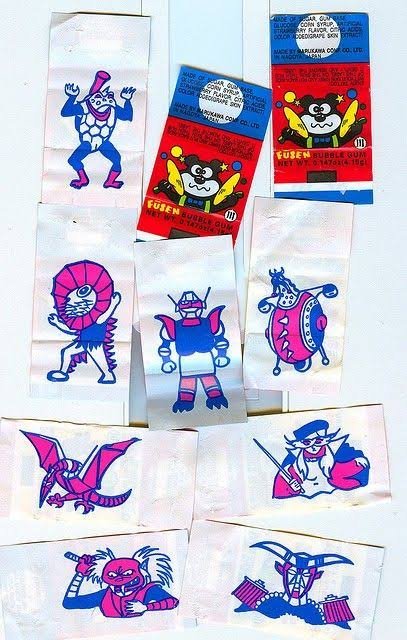 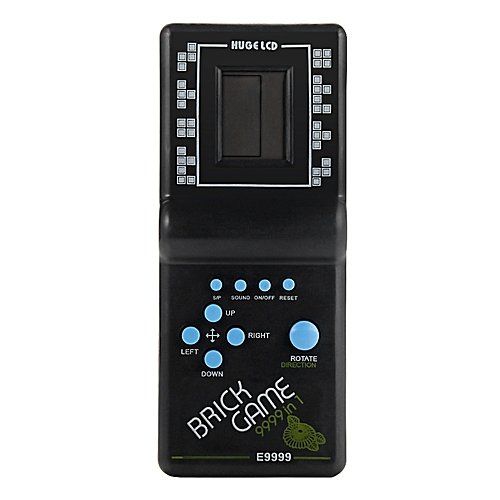 The Brick Game was every 90s kid’s priced possession. Skilfully manoeuvring a pixelated racing car across the little screen needed a lot of attention. And the background game sound is something that still rings in my ears. What was truly epic about this gaming device was the way it was marketed. Each new version had 999 or 9999 or even 9999999 games in one. I’m not exaggerating about the number of 9s I’ve mentioned. Well, I don’t know if those many games actually came with it because I played just one or two games continuously to beat my previous high score! 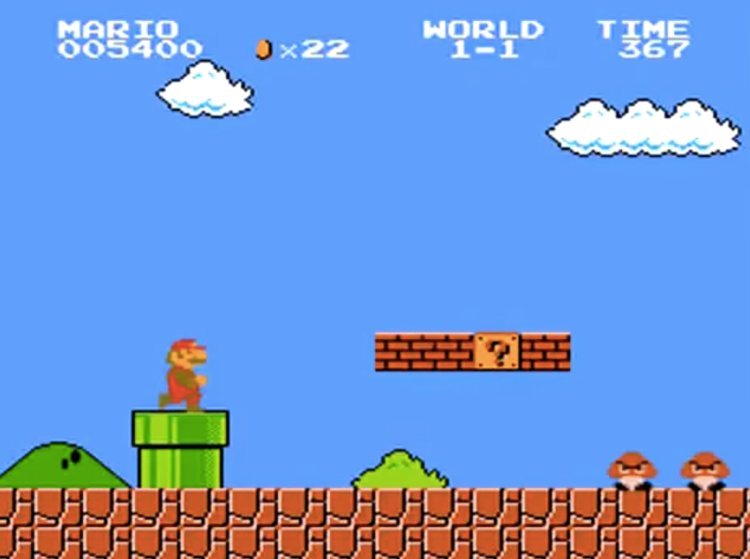 Our brick games evolved into devices that resembled toy computers just so that the kids could fight with their parents to buy a more expensive toy that had the same games!

But gradually a new trend overtook the 90s gaming market – Nintendo Gaming Consoles. They were quite expensive at that time. The box came with a keyboard, a few connecting wires, two joysticks and a toy gun. These too had 99 games in each cassette which had to be fixed at the top of the keyboard. Also, I don’t remember why there was a keyboard at all. Except for using it to insert the cassette, I don’t remember using any of its keys. The better versions offered two or three cassettes in the box. The other amazing games that I remember playing were Duck Hunt, Circus, Legend of Zelda and Banana Monkey. There were many more games in the list. But I played these the most. 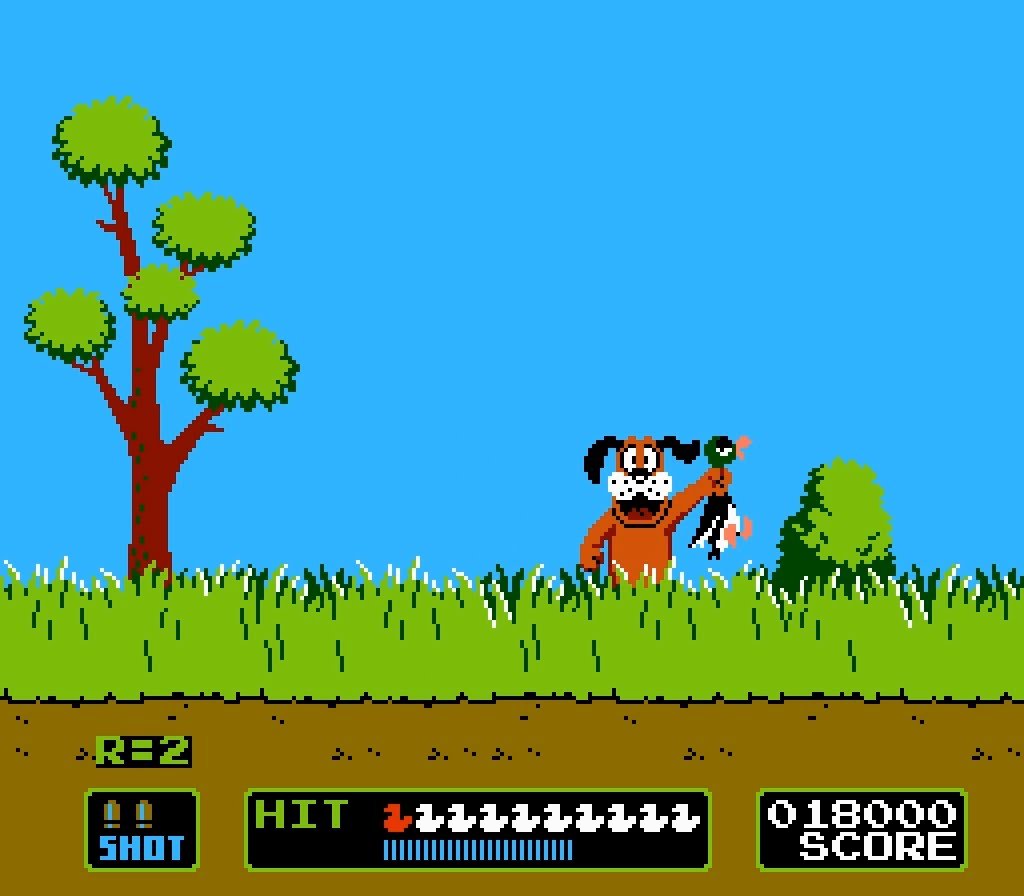 Duck Hunt. I’m sure we all wanted to shoot that dog too when it laughed at the shots we missed!

I had two of these sets. My first set could not be used after its cassette inlet stopped working. So my parents bought me another one for my next birthday. But our domestic help thought she had to clean it to make it spotless. So she washed it with soap and water!

This has to be the most heartbreaking episode I’ve ever gone through as a kid. 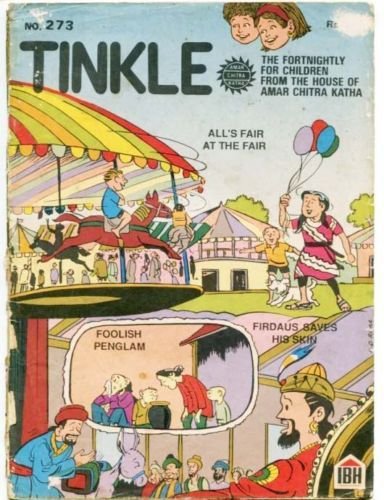 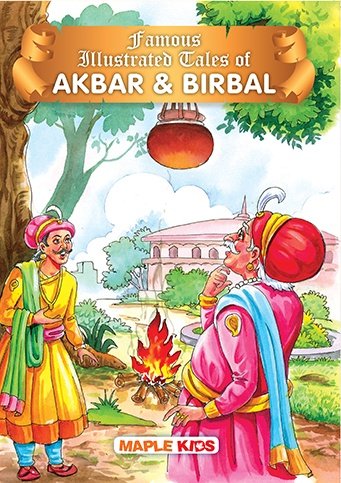 Tales of Akbar and Birbal 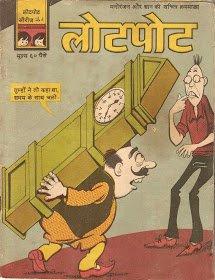 We witnessed comics drawn by the best cartoonists. Tinkle, Champak, Chacha Chaudhry, Lotpot and Chandamama filled our bookshelves. I never lent mine to anybody because I knew they’d never return it. Re-reading the same comics over and over again didn’t make them boring. It was all the more fun.

These comic digests grew in to double digests. We bought them for ₹8 a copy and we saw inflation grow as these comics sold for ₹65 a copy. But I don’t think we ever stopped buying them because they seemed expensive. These digests were the cheapest form of entertainment any 90s kid could avail. Suppandi, Tantri the Mantri, Shikhari Shambu, Ramu and Shamu, Anu and Kapish were the protagonists of their individual comic strips who later got entire digests featured on them.

What was pricey those days were books from the Scholastic Book Fair. Tell me you remember it! 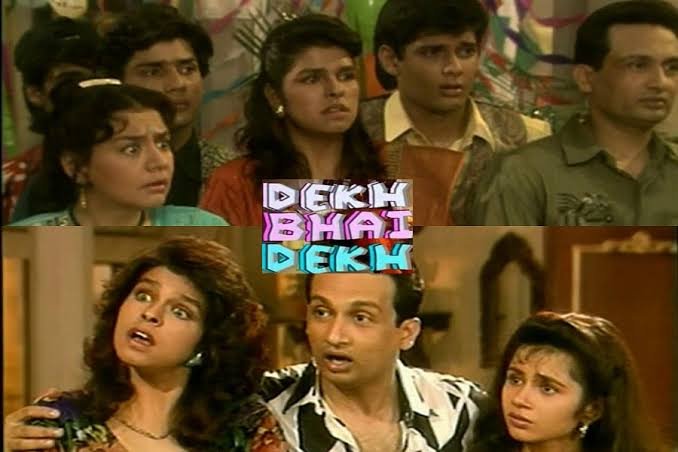 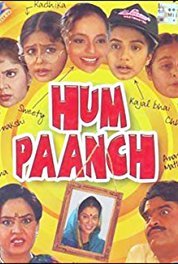 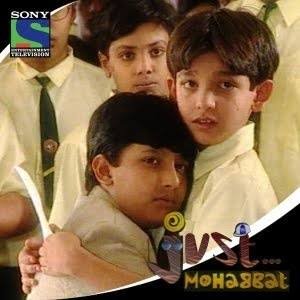 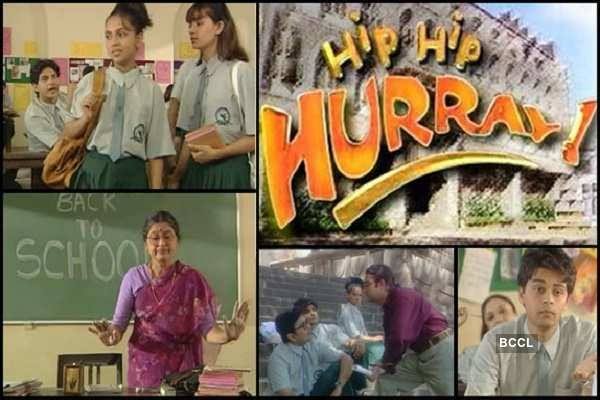 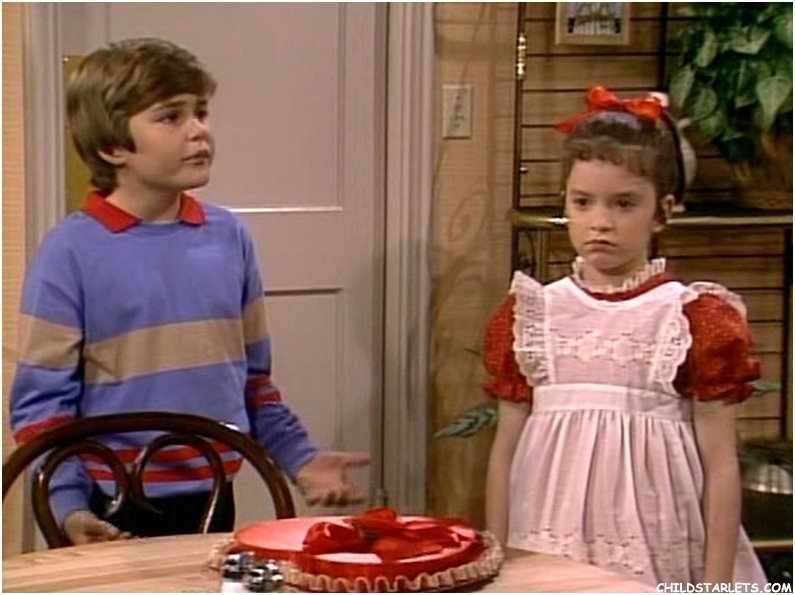 The only recreation source that we 90s kids exploited the most during our time as kids was television. And we weren’t allowed to binge watch anything because we were disciplined by our parents and strictly given time slots. The evenings after homework and outdoor play with our neighbours were spent watching TV. There were a lot of classic comedy shows for children and adults alike. And their humour was genuinely hilarious. I believe that this was the richest phase of vulgar free humour anyone could have ever seen.

90s music too did not give so much importance to songs from the movies as much as it did to individual artists’ albums. Sonu Nigam, Palash Sen, Shaan, Sagarika, Phalguni Pathak, Band of Boys, Colonial Cousins, Ricky Martin, Vengaboys; there’s a long list.

We also had the concept of Request TV, where we could request our favourite songs and the channel would play it. Not to forget classic TV guides in newspapers that told us which show would be aired at what time. Our newspapers don’t need a TV guide anymore. Everything has become smarter!

There was a surprise element associated with the 90s landlines. We didn’t know who was calling. The were no caller IDs. Sometimes you’d be thinking of a loved one and the phone would ring, so would your heart because you hoped it would be them!

The 90s also saw telephones evolve from the vintage rotating number dials to phones with buttons and eventually the cordless handsets. Every festival and birthday had telephones trin-trinning all day. I also remember posting handwritten greeting cards to relatives on special occasions. Today of course, we have forwarded images and texts even to wish us on our birthdays!

There was so much to do back then without the internet and today we think that there’s nothing to do if the internet is down for a while. Television brought families close together with shows that had great content. But today we have a device each. We watch what we want to.

Our snacks have gone from fried to baked. Lays has so many new flavours and hardly any chips. Ten rupees can’t buy a decent amount of Dairy Milk. It just seems to be 30% larger because the cover says so. Children don’t know the excitement of being served with a glass of Rasna or Crush Orange at parties. Neither will they understand how amazing it is to own a pen pencil with colourful plastic covered lead. White uniforms don’t get stained with blue ink any more. Poppins and cola flavoured candy don’t exist, nor do Mango Bite and Honey Toffees. I haven’t seen Peppy Cheese Balls packets being displayed at retail stores for a long long time.

If all of this didn’t make you go back to your childhood, you weren’t born or didn’t live in the nineties. Only a 90s kid will know what it is to miss the good old days!