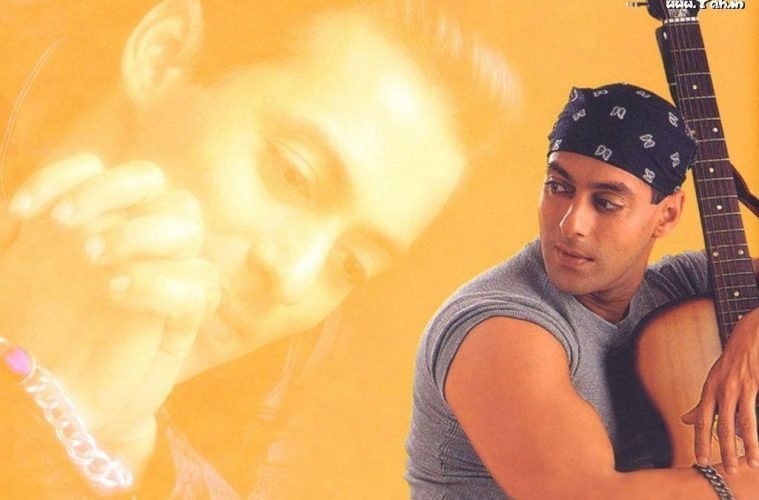 Guitars have been around as long as the concept of marriage after 25. They’ve broken or mended many hearts and have changed many lives. Every person you know knows someone who has a guitar in his or her profile picture. For some it is a symbol of love, while for others it is a warning. Recently, however, guitars have been in the news for a vastly different reason. They have been the subject of major debate all over news channels and what the debate is about, may surprise you.

Are Guitars the Salman Khan of the musical world?

Some insist that the two of them go together as smoothly as Arvind Kejriwal and Delhi. There are those who use the same example to oppose the comparison between Bhai and Guitars. But where did it all begin?

It all started when Salman tweeted a photo of himself with the caption ‘#TBT to the time when things were thanda thanda cool cool.’ 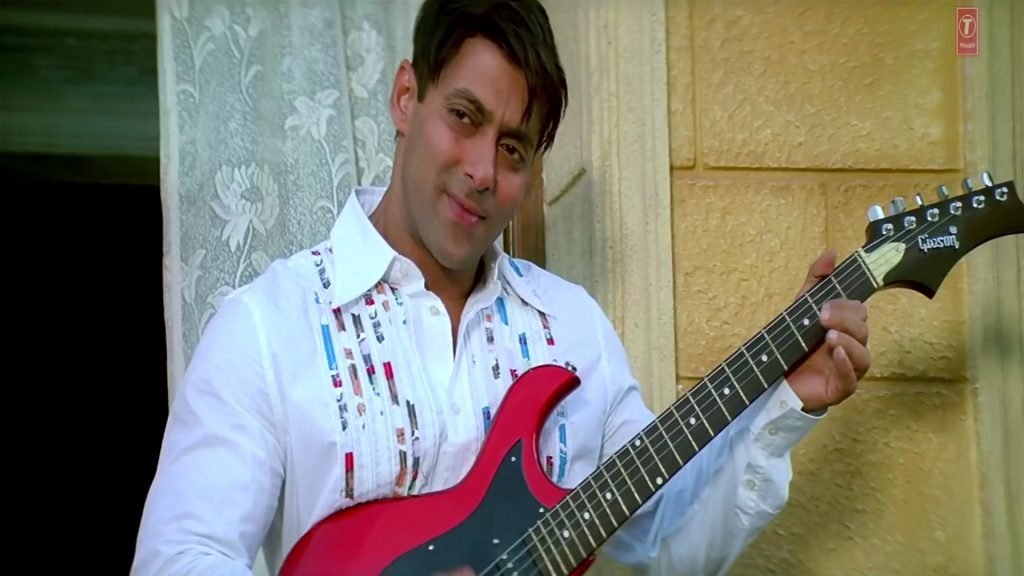 ‘A perfect union of love and music. Truly, the angels have declared the guitar to be the Salman Khan of musical instruments.’

His comments have triggered a debate of international proportions. Protests have caused the recent Lok Sabha session to shut down after many BJP ministers went in open revolt against the speaker, by screaming, “Mujhpe ek ehsaan karna,” as a war cry and ripping their shirts off. In reply, Congress ministers flung guitars at the shirtless lot, screaming, ‘Uh Oh Jaane Jaana, Government Theek Se Chala Na’.

Boys from many engineering colleges have been actively protesting this as an offense to guitars and the song, ‘Gulaabi Aankhein.’ Female students are divided, however, with one group fully supporting this comparison while the other opposing on the grounds that playing a guitar requires some shred of talent, unlike the film star the instrument is being compared to.

Finally, students from Sharda University published a research paper, outlining certain points in defense of this argument. Many experts have taken it up as a matter of national debate and so it rages on.

We, here at Unbumf, take matters of national importance with the utmost of sincerity and importance and so we set up an interview with certain experts regarding this research paper. To present one side was Dr. Bimal Chautala, a short statured statistician and part time physicist from I.M.P.S (Institute of Mathematicians, Physicists and Statisticians)*. On the other side of the argument was, Maanav Chauhan, a Bhai fan, wannabe guitar player and habitual CAT taker.

Q: The first question is regarding the similarity between guitar casing and a fully clothed Salman Khan. Your thoughts?

B.C: A guitar inside a case and a Salman Khan covered with clothes are classic examples of Schrodinger’s Cat Paradox. A song can be anything, ‘Chura liya hai tumne’ or ‘Lagawe Tu Lipistick,’ as long as the guitar is covered. In the same vein, a movie can be nonsensical or a work of art, if Khan is covered. Only when the covering is removed, the value of the song or movie can be gauged. The similarities are obvious.

Q: The paper compares the behavior of college rock bands to Salman Khan. Is this comparison justified?

B.C: Yes. Using data collecting tools like Snapchat and Whatsapp stories, a relation has been found. In a band, most students preferred listening to a guitarist solo, even though the guitarist was surrounded by other instruments played by people more talented. Almost 80% of those also appreciated movies of Salman in which he is surrounded by more talented actors, but all focus seems to be on him.

M.C: I disagree. Let’s say, there are ‘x’ members of a band and ‘y%’ of them are guitarists. If most of the guitarists are replaced by women, the result of the paper remains the same. In Bhai’s movies, there isn’t any place for women as Bhai is a virgin. This destroys the assumption that guitars are Salman Khan.

Q: I see. Let’s move on to the heavily controversial point regarding the people living on the streets.

B.C: The research paper uses a Twitter poll conducted by NDTV as its primary source of data. The veracity of said data, thus, is beyond reproach. Many poor people living on the streets have confirmed via Twitter that rock concerts have caused many sleep problems. Similar sleep problems have been caused amongst these people due to Salman Khan driving over them. Controversy has been regarding the fact that these statements are incomparable but I disagree. While the methods may be different, the end result is inevitably the same. This further makes the case for guitars and Salman Khan.

M.C: The author in this passage is implying that Salman was, in fact, driving that night. We all know this to be false. Bhai gifts cars, he doesn’t drive them.

B.C: There is no debate here. Observations have been made of shopping trends by women on Myntra. They have shown a clear, positive correlation between the releases of Salman Khan’s films and purchase of Being Human t-shirts by women. After every release, sales would increase drastically. Clearly, young women are enamoured by Khan and his antics. When the same women’s Facebook profiles were analyzed, a surprising pattern is on display. The photos that have been liked most by these women are all photos containing guitars. This goes on to prove that guitars and Salman Khan hold similar value for women, in that they are enjoyed thoroughly, even if the artist involved has questionable intent.

M.C. The author has assumed that women like photos with guitars, only due to hormonal reasons. He does not take into account the possibility of them being music lovers. Also, guitars are just used as an excuse to woo girls. But Bhai could not be more different. He has proven many times how understanding he is to the plight of women and animals. The research paper’s argument is flawed.

Q: All right, then. Any concluding points?

So there you have it. While the debate is far from being at rest, we hope that the words of these experts have made things a tad bit clearer.

Whatever be your opinion, however, there is no denying that if controversy has a synonym, Bhai would be it.