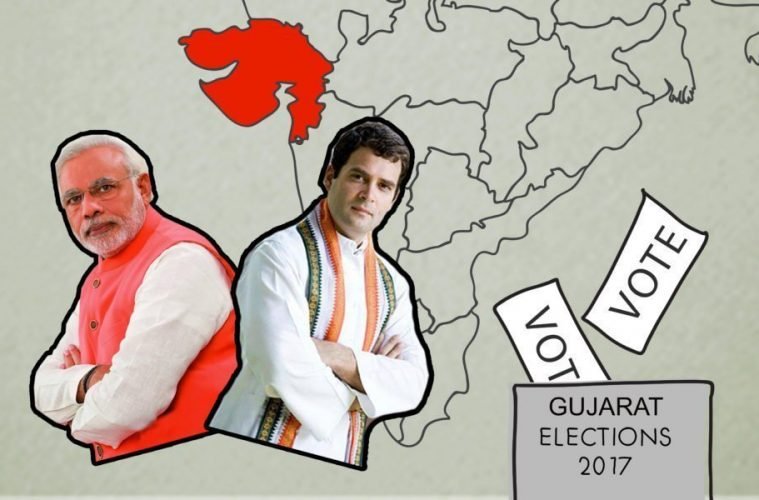 Gujarat Elections 2017: A Face-Off Between The Major Political Parties

Being the home state of Prime Minister Narendra Modi, Gujarat is a natural focus area of politics across the country. It is more so as Modi had also been Chief Minister of the state for the past 12 years. This will be the first time that the state will be going to elections, without the direct involvement of Modi.

Gujarat elections also hold a very important place among all other polls that were conducted this year. It also comes in the middle of the central government’s five year tenure. It is therefore inevitable that the results of these elections will be assumed to be a commentary on the Centre’s performance.

The Vibrant Gujarat Summits, extensive campaigning, and legendary party network that the Bharatiya Janata Party has in Gujarat may help them to maintain a strong foothold in the state elections.

The shoddy implementation of the Goods and Services Tax regime and high rates, along with demonetisation may, however, hurt the pro-corporate, pro-businessman image of the party. In a state like Gujarat where traders and businessmen make up a significant vote bank, political parties cannot afford to upset them.

Both BJP and Congress have development as the primary goal in their slogans and agendas. However, their campaigns and rallies have resounded with the ‘caste factor’. It had been relatively subdued in earlier assembly elections. This year, however, it has emerged as an inexorable force. It has gained enough traction to change the political scenario of the state, as well as the country. 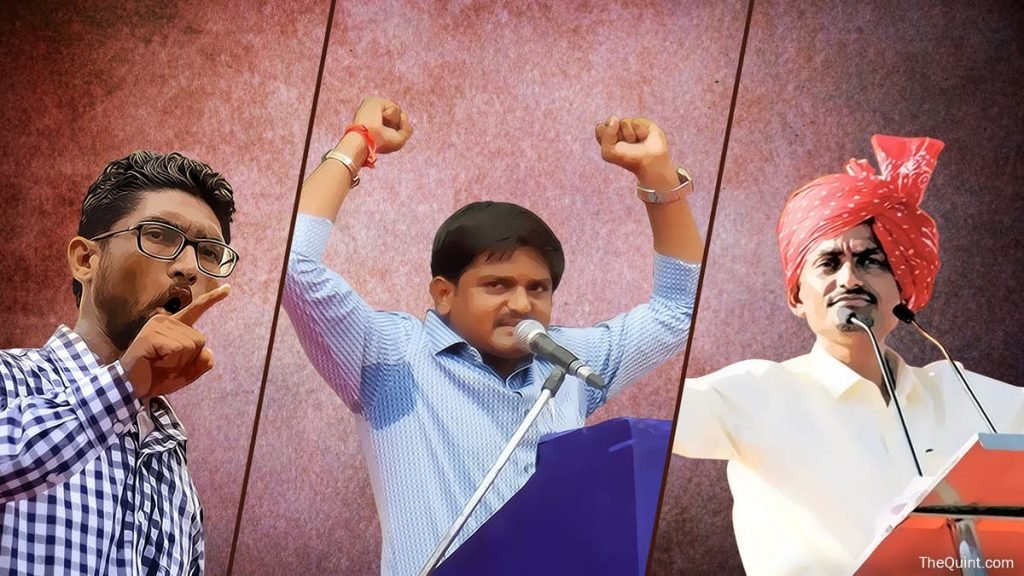 Both the parties are busy trying their best to gain the support of influential caste leaders and their supporters. Congress, which may not have stood a chance had it gone solo in these elections is confident of at least making a good dent. With the support of Patidar leader Hardik Patel, Other Backward Castes leader Alpesh Thakor and Dalit leader Jignesh Mewani, the elections have become all the more important now.

For two decades Gujarat has chosen BJP. However, with the rising voices of dissent of different communities, the party has more than just reasons to worry.

The Hindu-Muslim divide is nowhere as deep as in Gujarat. The tension between two politically sensitive communities keeps on simmering under the surface. Religion plays an important role in the lifestyle of Gujarat. 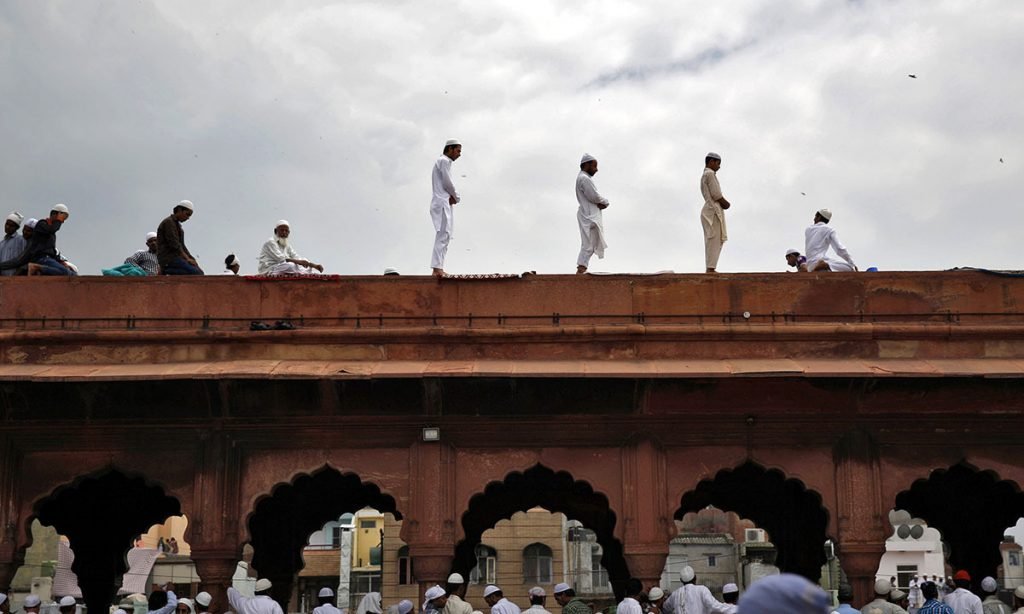 The BJP has very fiercely maintained its pro-Hindutva image. The same image is likely to pay off in this election too. It was, however, surprising to see Rahul Gandhi visiting temples and calling himself a Shiv-bhakt. It looked like a desperate attempt of the party to try and change the anti-Hindu image they have alleged to have.

The efforts to embrace Hindutva via soft measures, however, have to be done by Congress without upsetting the pro-minority image of the party.

The BJP has been ruling Gujarat since 1995. And in the past 22 years, all they have promised is to develop the region. Moreover, to be as friendly to the business community as a government possibly can be. While much of the infrastructure of the state has improved from 1995, it is difficult for BJP to convince people to vote for them for the same vikas. After these 22 years, even the voters would be unsure as to how this promise of development will be any different.

The dissatisfaction against the government’s programmes is visible in communities like Patidar, who had so far been traditional BJP supporters. The businessmen and trader community’s protests in Surat against the high rates of goods and services tax will also be a factor when the state goes to election.

Shankarsinh Vaghela: A rebel without a cause?

Shankarsinh Vaghela is a former Chief Minister. He was a senior leader of Congress with a significant influence in Gujarat. Upset with the party sidelining him, he left Congress along with his supporters in July. Vaghela then launched a new party called ‘Jan Vikalp’, which is reportedly contesting on all the 182 seats. 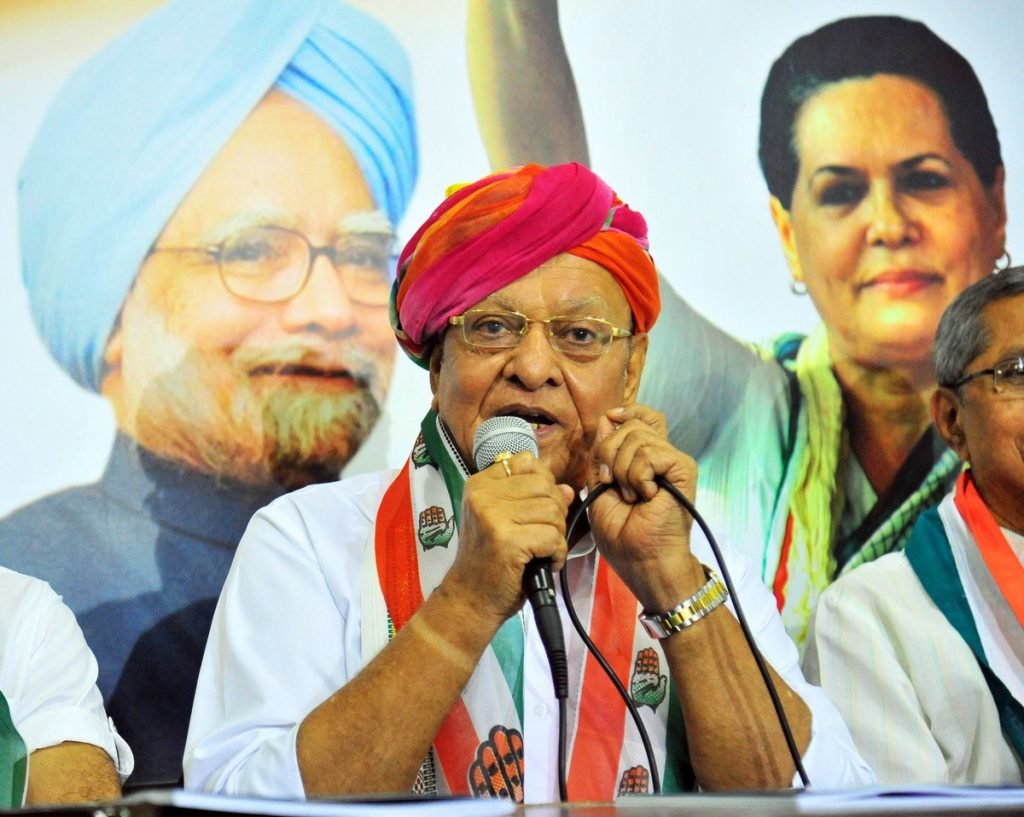 There have been rumors of Vaghela supporting BJP. However, the senior BJP and Congress party veteran deny joining hands with anyone. BJP will have to make sure that the Vaghela and Congress remain separated, while Congress could go out of its way to bring him back or to limit the potential damage.

The Assembly Elections in Gujarat will be held in two phases: 9th December and 14th December. The counting will take place on December 18th.

With a face off between the two major parties: Congress and BJP, this Assembly election is going to witness a lot of political drama.