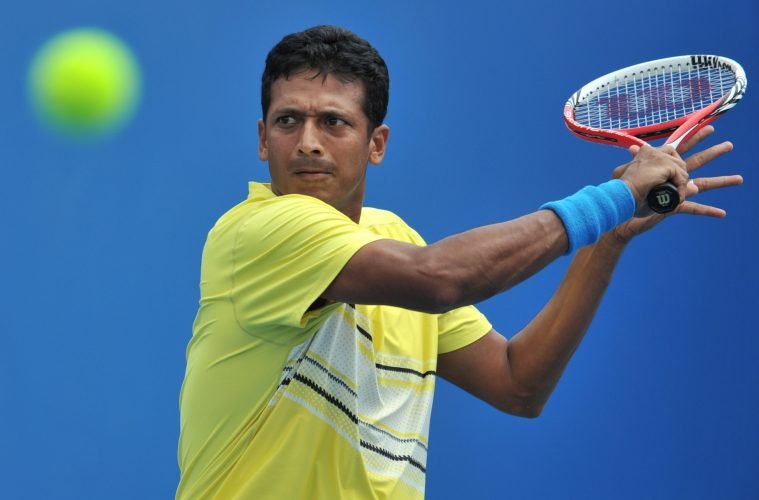 Tennis is a hard, unforgiving game. In all of two three, four or five sets that an average game lasts, the abilities of a player are tested to the maximum. The body refuses to cooperate and muscles are not so strong anymore. More so, when age catches up with players. It seems, however, to have stopped for one tennis great of all times, Mahesh Bhupathi. The Chennai-born legend has been so good at the game for so long, that at least two generations in their prime have seen him winning.

Bhupathi started his career 20 years ago with a win at the French Open. He earned his most recent victory four years ago in 2013 in Dubai. To keep winning from 1997 as a youngster to 2013 as a veteran is surely a long ride for any player.

As a young kid on the tennis circuit, Bhupati was famous for his big and powerful serve that left the best of his opponents flummoxed. That coupled with his aggressive play right at the nets kept his tennis a mystery for most of his career. Be it the hard court or clay, Mahesh Bhupathi would egg on his competitors to come forward and play at the nets; until they made a mistake. That aggression earned Bhupathi the respect of the best opponents and peers alike. It was this aggression and smart play that earned him a Grand Slam at the young age of 23.

Despite this aggression, Bhupathi was never the wonderkid in singles. He was good in the domestic tournaments which earned him the national calls. However, it was doubles and his partnership with Kolkata-born Leander Paes that defined most of his career.

With Paes, Bhupathi really came into his own. He stopped being the average player in international arena. Bhupathi’s aggression was matched equally by Paes’ tactics, some of which would continue to baffle opponents for years to come. While Paes continued with his ‘drop the ball right at the net tricks’, the huge backhands that Bhupathi served would confuse opponents on whether to attack or defend.

The duo became tennis machines who could serve volley after volley. They would hold long rallies which would have fans clapping as they won a point at the fag end. The taller of the two, Bhupathi improved his on-court tricks, serving aces at incredible speeds.

Apart from his skills with the tennis ball and the racquet, Bhupathi was also a mastermind of strategy. Thanks to the superb understanding he had with Paes, Bhupathi was often seen putting a hand at his back and signalling his partner with fingers. These signals were often meant to convey the strategy they were going to choose or the shot the partner should play.

For years, both Paes and Bhupathi represented India at highest levels, showcasing what India had to offer. The “Indian Express” team as they were called, had arrived.

The warmth in their friendship and cordial relations, however, took a plunge for the worst soon. Difference over ideas and ideals started surfacing. Their partnership was unable to get as much success as it used to. So, Bhupathi made a move for partnering other players, in the doubles as well as mixed doubles formats. Paes, whose form had suffered due to a garden-variety of issues, felt cheated.

The spat spilled over from bad to worse. It went from hush hush tones to open allegations and name calling. While people alleged that Bhupathi had a problem with the name and fame Paes was getting, the former always maintained it was Paes’ attitude towards the game which irked him.

The partnership which broke in 2006, has since bared all its fans. The ugliest fight being right before the Davis Cup. Paes calling Bhupathi unprofessional for not picking him in the team, while the latter challenged former’s commitment to the game.

Despite all the fights and allegations becoming public, Bhupathi’s image as one of the greatest of the game has hardly taken a hit. He will have to answer some tough questions whenever his and Paes’ names are taken together. Yet, there is not one who could question his commitment to the game, his abilities as a player. Though he has retired from active tennis, the game of tennis could do with a few more player and statesmen like him.