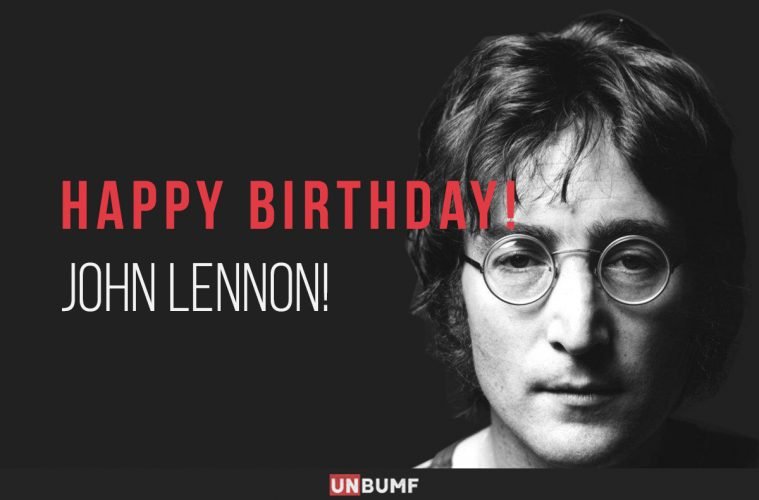 Man Who Taught Us How To ‘Imagine’: Happy Birthday John Lennon

When I was five years old, my mother always told me that happiness was the key to life. When I went to school, they asked me what I wanted to be when I grew up. I wrote down ‘happy’. They told me I didn’t understand the assignment, and I told them they didn’t understand life.

John Lennon personified this statement. One of the most prolific musicians of all time, Lennon changed the landscape of music. He along with his band, The Beatles defined what super-stardom meant. Lennon, McCartney, Ringo and Harrison were household names for almost 3 decades. Lennon was unique even among this extraordinary group of people.

John Winston Lennon was born in a world of conflict and strife. Son a of an Irish merchant marine and an English woman, he was born in Liverpool. As was the strife in the world around him, his early life had to face a similar blitz. His father was away for long periods of time and finally abandoned the family. He was just 3.

Therefore, he was sent off to live in Woolton with his aunt, Mimi. Here is where the first glimpses of the lunatic-poet were to be seen. From learning to play the mouth organ, to being taught the Banjo by his mother, Lennon was on his way to infamy. 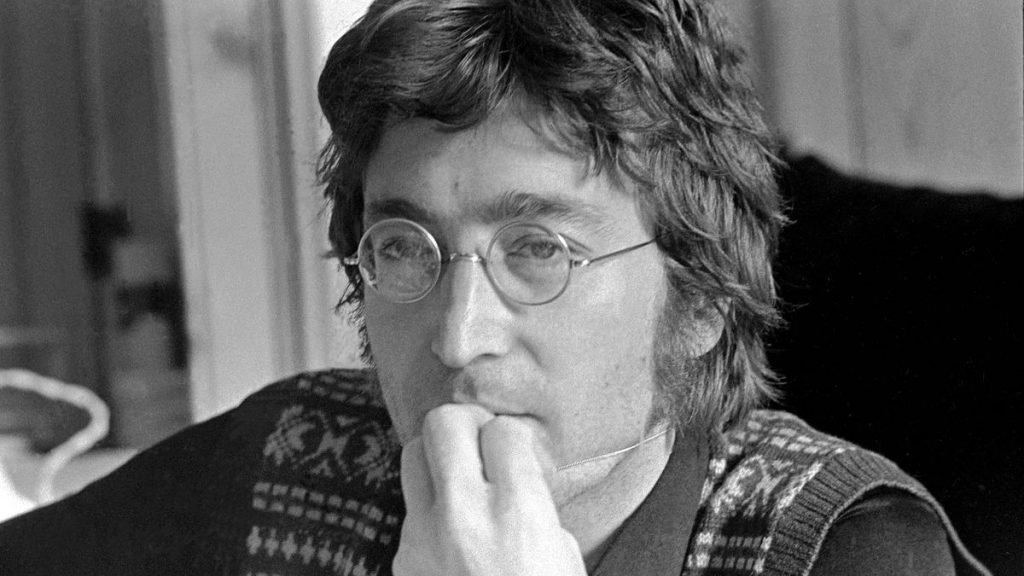 While his artistic prowess grew, so did his notoriety. John was a riot at school. Though he was friendly and outgoing, he was predicted to be an utter failure in life. He clashed at school because he had a hard time accepting authority. Somehow, he blamed his family life for this behaviour. This helped Lennon co-found the possibly most influential band of all time.

The writer personally is a third generation collector of Beatles music and this speaks volumes.

Beatles was a phenomenon unlike any other. There are stories of collectors in the times when Kolkata was Calcutta and communist. When cinema halls held special screening of Beatles performances. It was not a fan following, it was a cult. 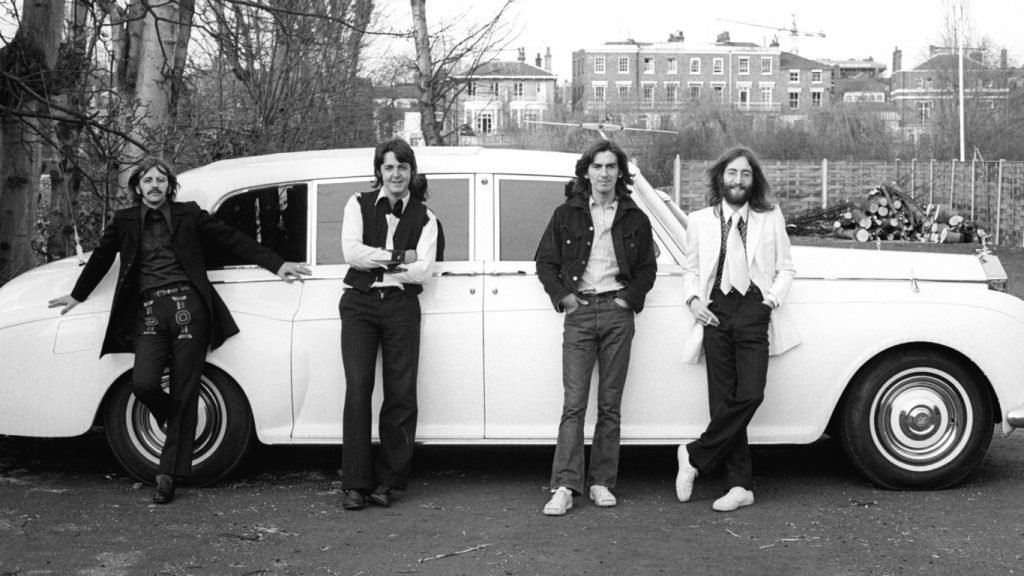 Alas, all things must come to an end. And in 1969, as Bryan Adams was having his first teenage romance, Beatles was over. Lennon left secretly in September, but McCartney made it public in April 1970. Some say it was Yoko that pushed the split. Others say it was the inflated egos of McCartney and Lennon that broke the magic.

Although, John was never able to forgive Paul for milking the breakup like he did. ‘How Do You Sleep?’, a public war of words for three years, it was ugly. While Ringo and Lennon remained friends for years, Harrison drifted away. It wasn’t as bad as McCartney, until he published his autobiography, ‘I, Me and Mine’.

In Lennon’s own words,

I was hurt by it. By glaring omission … my influence on his life is absolutely zilch … he remembers every two-bit sax player or guitarist he met in subsequent years. I’m not in the book.

Another misgiving Lennon had was related to Yoko Ono. He perceived an unabashed hostility of the other Beatles towards her. Therefore, Yoko Ono became infamous. The instance in which a woman successfully breaks up your crew.

But who was Yoko Ono to John Lennon?

He met her in an art exhibition in London in 1967. Their first meeting was as bohemian as their tumultuous 13 year long relationship. Yoko possibly shaped and anchored Lennon’s life the way no one else ever did. He left his first wife Cynthia for her in 1968 and possibly recorded his greatest solo works with her. ‘Give Peace a Chance’, ‘Instant Karma’ all were recorded with Yoko. 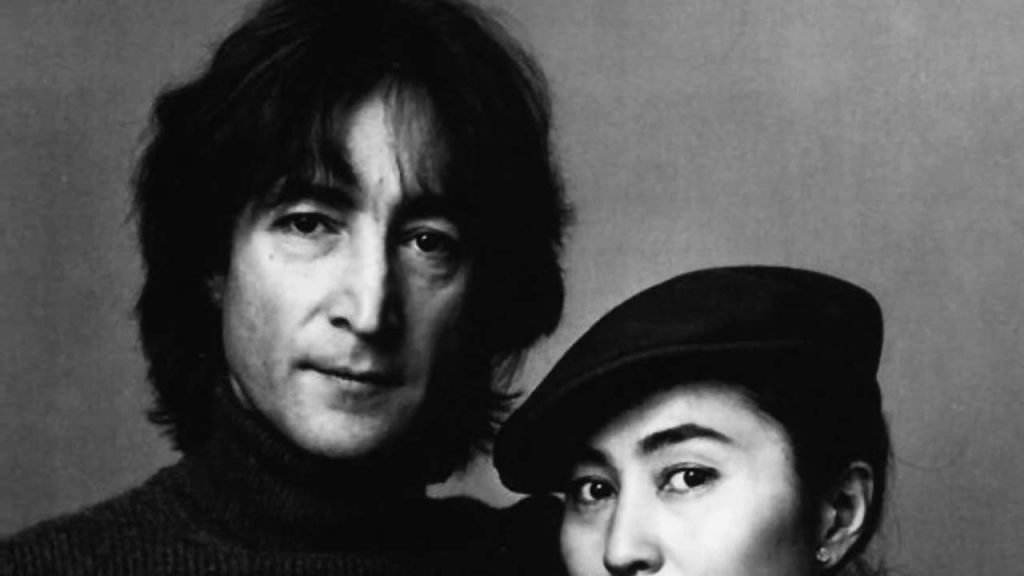 Yoko also propped up another facet of John’s personality. Lennon was an avowed Anti-War activist who protested most notably against the Vietnam War. This nearly got him deported from The US. Things got so out of hand, they had FBI snooping on him and Yoko. His revolutionary emotions didn’t garner him much appreciation either in the conservative US. Though, he became the symbol for a depressed western youth.

‘Imagine’ infused a new life in many a young soul. It still does.

The song moved me to tears the first time I heard it. The sheer level of raw emotions conveyed in that song was astounding. It spoke to the deepest levels of one’s soul. Moreover, it evoked to every man’s desire for peace on earth. ‘Imagine’ ceased to be a song, it became an anthem. 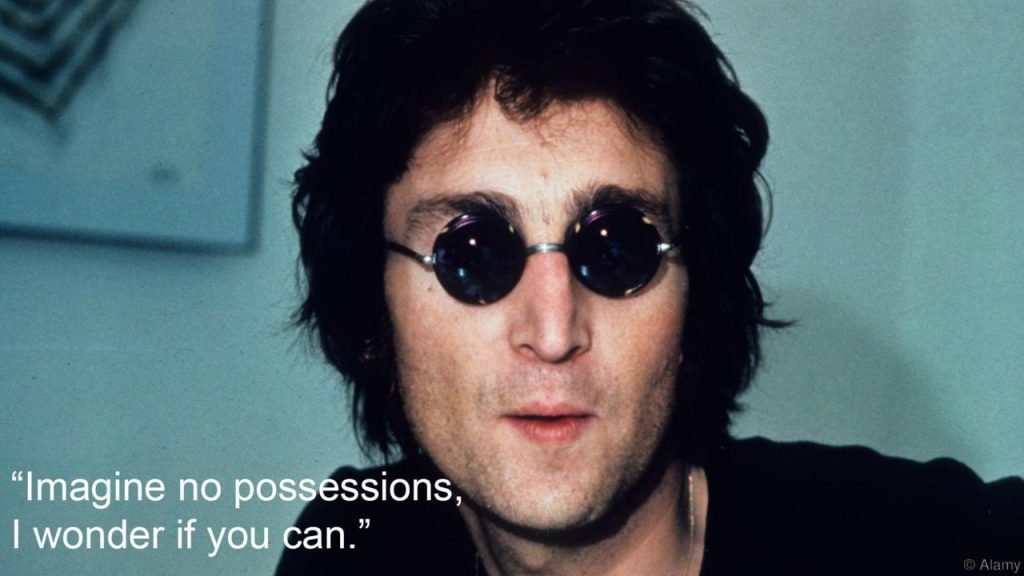 Lennon was a poet through and through. His songs, his writings, his random scribbling, they spoke at a very personal level. Moreover, John wasn’t scared of the public glare. He rather seemed to enjoy. It was as if he had a pathological need to be noticed. Arguably the most popular man on earth then and he still had to make controversy every week. His very, very public separation with Yoko, becoming a house-husband for Sean, his son with Yoko. John Lennon was controversial and ground-breaking in the most delectable of ways.

He would have been 77 today. An old rockstar fading away in glamour. Seeing Sean grow into an accomplished musician and a great humanitarian just like his father. He would have lived on in his bohemian magnificence.