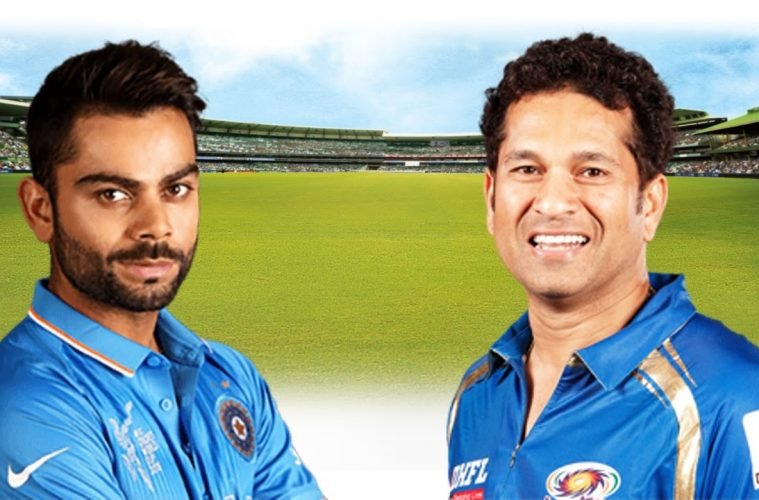 Has Virat Kohli’s 10,000 Runs In ODIs Landed Him In Sachin Tendulkar’s League?

Virat Kohli becomes the fastest man to reach 10000 runs in ODIs. 54 innings faster as compared to that of Sachin Tendulkar. Virat Kohli scores his 37th century, will he go past Tendulkar’s tally. Will he score 100 international centuries? Is Virat better than Sachin Tendulkar? How would Kohli fare against bowlers of Tendulkar’s generation? With no field restrictions? Bigger bats?

Many still believe that Sachin Tendulkar cannot be eclipsed because cricket was tougher during his times. The Indian team was all about one man then. Losing Sachin meant a collapse was triggered for a considerable amount of time. Also, Tendulkar faced the best bowlers right from Allan Donald to Glenn McGrath to Shoaib Akhtar and Wasim Akram. However, this comparison is totally unfair to a batsman of Virat Kohli’s class. Given Kohli’s caliber, it does appear, after all, that he would have fought well against these bowlers.

However, it might make sense to compare Kohli and Sachin on the basis of their contemporaries.

Consistency is a key feature in every sport. However, the level maintained by Virat is phenomenal. Let us not forget to add the captaincy aspect to it as well. The amount of matches played by India every year is way higher than what it used to be once. The biggest difference between Sachin and Virat is that the younger one can deal with pressure better than anyone. His ability to take everything as a challenge and still rise tall has managed to stun everyone in unison.

Virat Kohli leads the batting charts this decade(2010-present) by an astounding margin of almost 3000 runs. While he has played more number of games, his average of 60.92 is a sublime proof of his superiority. Only AB De Villiers has a better average and strike rate but Kohli beats him everywhere by a considerable margin. The others with 6000 odd runs in the list include his teammate Rohit Sharma, Hashim Amla and Kumar Sangakkara with an average around the 50s.

33 out of Sachin’s 49 centuries came in wins, For Kohli, the number has been even staggering with 31 hundred in victories out of 38. If Sachin was scoring runs in England, Virat Kohli tormented the Proteas at their own backyard or the Australians down under. Not only has the Indian skipper equaled Sachin’s records but left him behind by a fair bit.

The biggest factor which keeps Tendulkar miles ahead of Kohli is longevity. Sustaining 24 years of cricket is beyond imagination. The rigors he has gone through, the level of expectations, the injuries and battles to comeback. The fact that Sachin Tendulkar was India’s best batsman even when he was 37 speaks volume of the Master. His numbers are overpowering. 463 ODIs, 18,426 runs, 49 centuries, 96 fifties. It took him almost two and a half decade to build these statistics.

For every rising batsman in the world, Sachin was the benchmark of comparison. Every two years, you would witness Sachin vs Kallis, Sachin vs Lara, Sachin vs Ponting. The basis of judging any batsman’s greatness dwelled upon how they fared in front of Sachin. We can divide Sachin Tendulkar’s career into two halves, the 1990s and 2000s.

The whole 1990 decade set precedent for Sachin the batsman. He led the batting charts during the whole period. The right-handed batsman did find an arch nemesis in his teammate Mohammed Azharuddin, Mark Waugh, Saeed Anwar, Brian Lara, and even Inzamam Ul Haq. In every department, the little master dominated scoring 8571 runs. He scored a phenomenal 24 centuries during this period(1990-1999), which was followed by Anwar at 17. Waugh and Lara both were tied at 13.

The 2000-2009 period saw Ricky Ponting leading the batting charts. Sachin stood second in the list but with a better batting average. Another decade of domination for the Master. This doesn’t include the double hundred he scored in 2010. Other batsmen in the list include Jacques Kallis who was a close competitor to both. Other greats like Mohammed Yousuf, Sanath Jayasuriya, Chris Gayle, and Matthew Hayden lacked in some or the other department.

Hence, Tendulkar stayed at the top for two consecutive decades. Something esoteric, god-like feature that you get to witness once in millennials. The impact he created in an era before social media is unmatched.

Virat Kohli at this moment is capable of being the greatest batsman ever. He already is the best in the current generation. If he can continue to sustain the Mr. Consistent tag, there’s no doubt he will eclipse everyone on his way. And looking at the level of his fitness, Kohli is likely to be as much fitter even in his late thirties.

However, if you ask me right now, Sachin Tendulkar is undoubtedly the greatest batsman till date. There’s a good chance that Kohli may leave him behind, but that’s going to take a while. Also, that will require Kohli to embrace consistency even during his end days. Hence at the moment, I firmly believe that Sachin is better than Kohli. 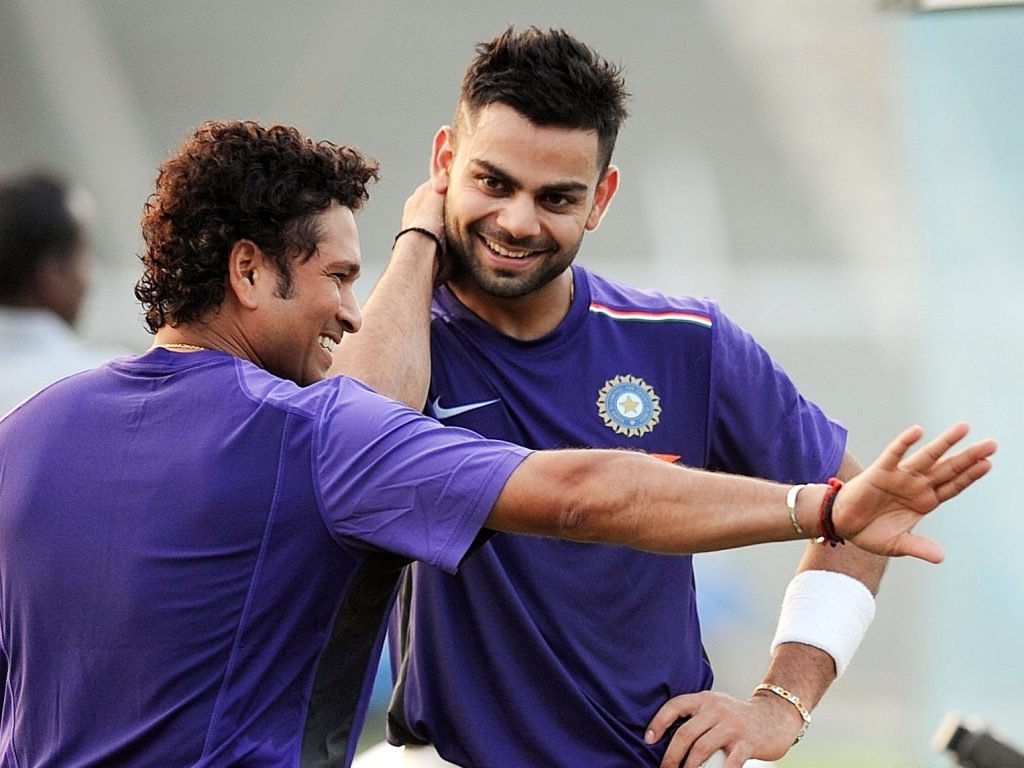