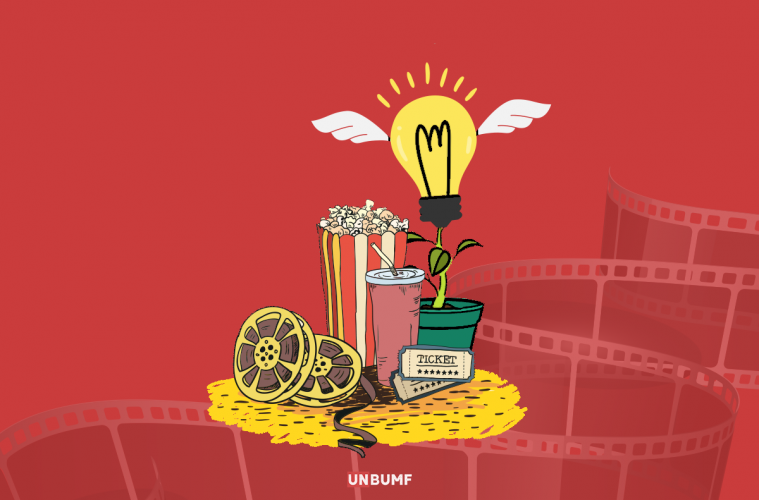 From the centuries-old stories of world-conquering emperors to series of events that happened some decades back, certain films have never been reluctant in deriving interesting stories from the lap of history.

Stories based on real people, places, and true events tend to be more enchanting than sheer fiction. Usually while filming such stories, screenwriters and directors take historical correctness for granted and exaggerate incidents.

Here is a list of 7 famous films that have twisted history in the name of creative liberty: 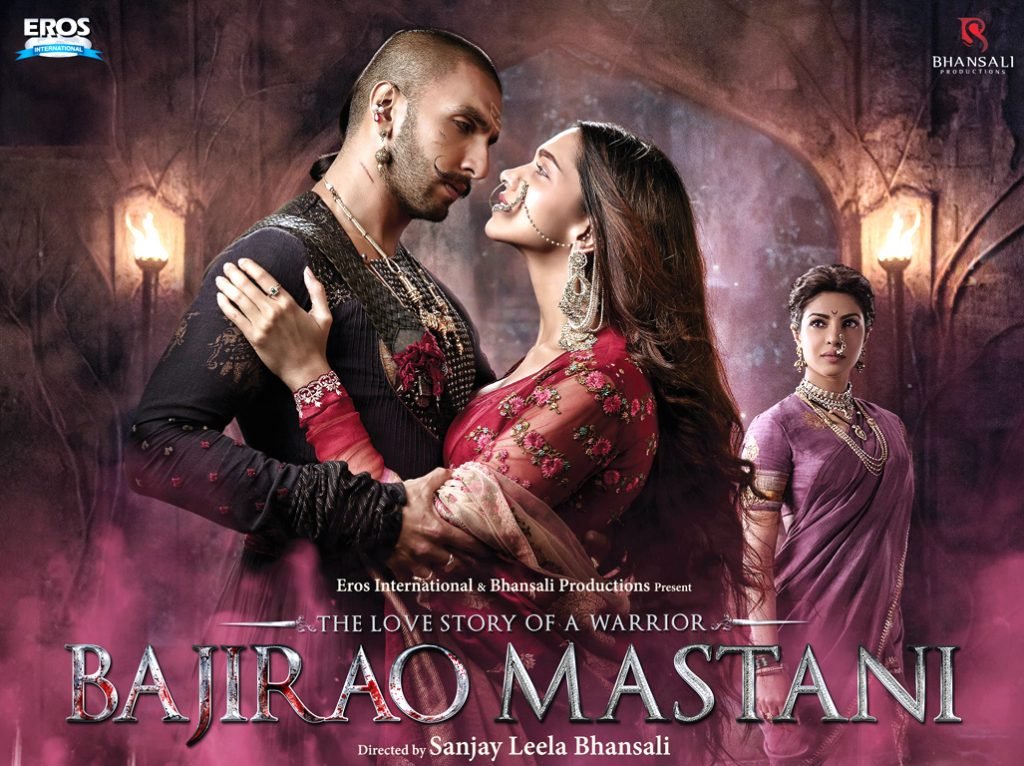 Some filmmakers seem to be using them to create an easily cashable two and a half hours long drama. A drama full of music, romance and everything but historical accuracy.

Sanjay Leela Bhansali’s obsession with tragic love stories reduced the legacy of the Maratha leader Peshwa Bajirao to Bollywood Romantic Drama. Needless to mention, it was short on facts.

For instance, Kashibai had arthritis and could not have performed a dance like Pinga. Mastani was given to Bajirao in gratitude by Raja Chhatrasal of Bundelkhand. Also, there is no mention of a romantic relationship between the two in history. Neither did Bajirao die because of pangs of separation, nor did Mastani die in chains because of a heartbreak.

The entire Maratha society is portrayed as cruel and radical, always conspiring against Mastani for being a Muslim. In fact, after Mastani’s death, Kashibai raised Shamsher Bahadur as her own son. 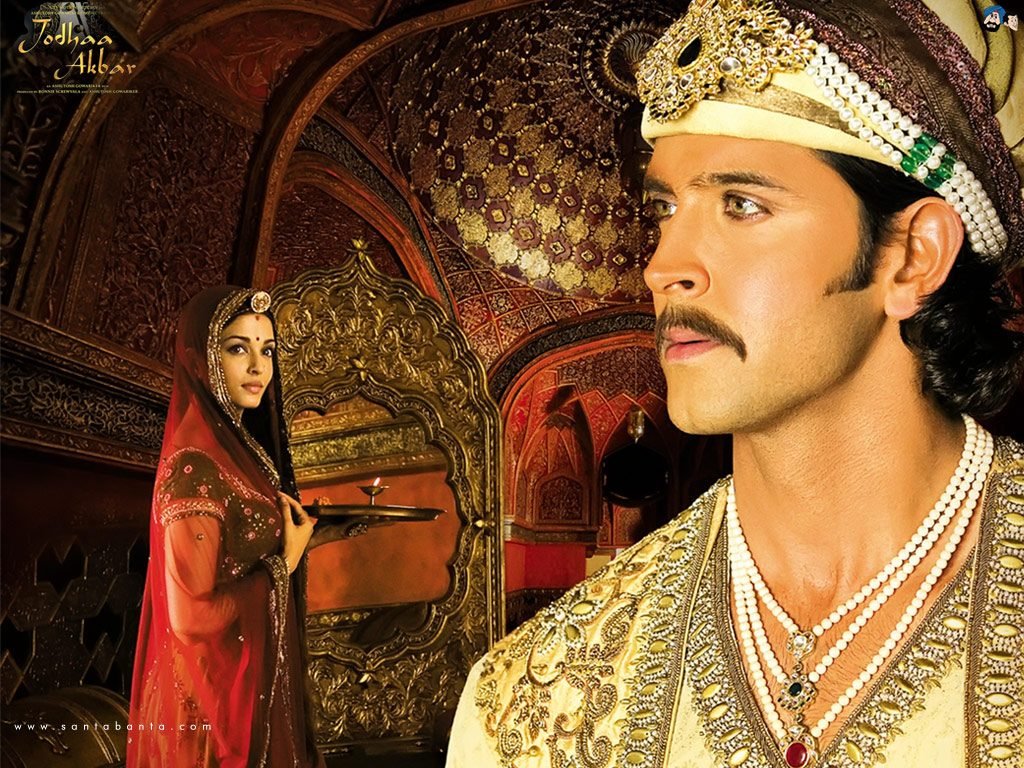 While people may have praised the dramatic love story between the Mughal Emperor Akbar and a Rajput princess Jodha Bai, the actual truth behind the story lies in history. It is surprising that in historical records, there is no mention of any wife of Akbar with the name ‘Jodha’.

There were three historians during Akbar’s rule and none of them have ever mentioned ‘Jodhabhai’ in their books. The official biographies of Akbar have no record of any Hindu Rajput wife of Akbar named ‘Jodha Bai’. Only the biography of Akbar’s son Jehangir mentions about his mother who was a Hindu Rajput princess who adopted the name ‘Mariam Zamani’ after marrying Akbar.

The movie is based on a purely fictional love story between Mughal Emperor Akbar and a Rajput princess. In reality, Akbar married the Rajput Princess called ‘Jodhabai’ only for political reasons and he had several other wives. 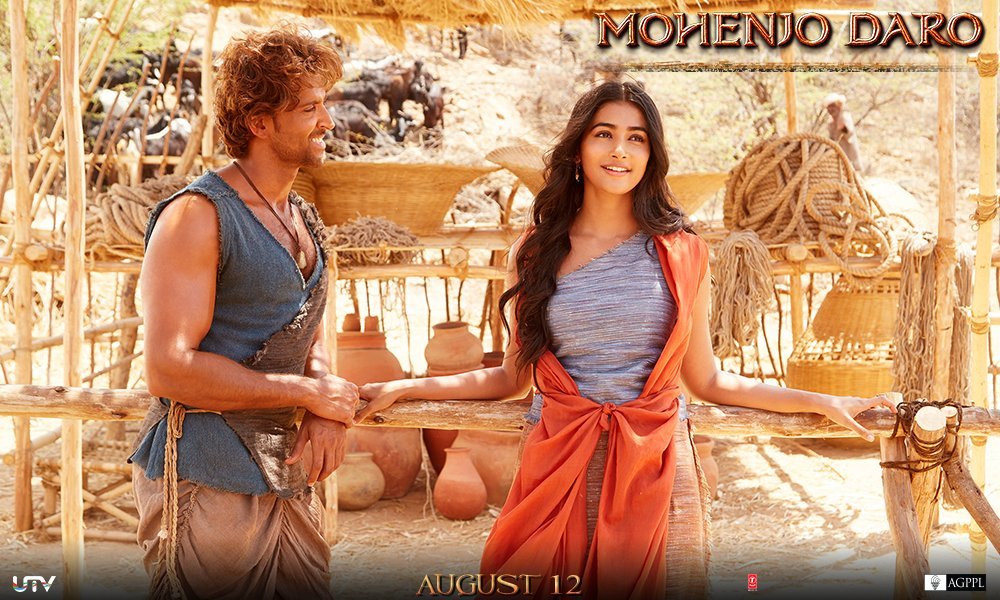 Talking about historical inaccuracy in the name of creative liberty, Ashutosh Gowariker’s Mohenjodaro has been receiving a lot of criticism. The terribly wrong depiction of history ever since its poster got released, recieved a lot of flak.

The movie indeed lacks in research. It looks like a bad attempt to recreate history. Horses came to India much later than 2016 BC, so did the Europeans. The filmmaker has also manipulated the geography and added elements to make the film appear more appealing. 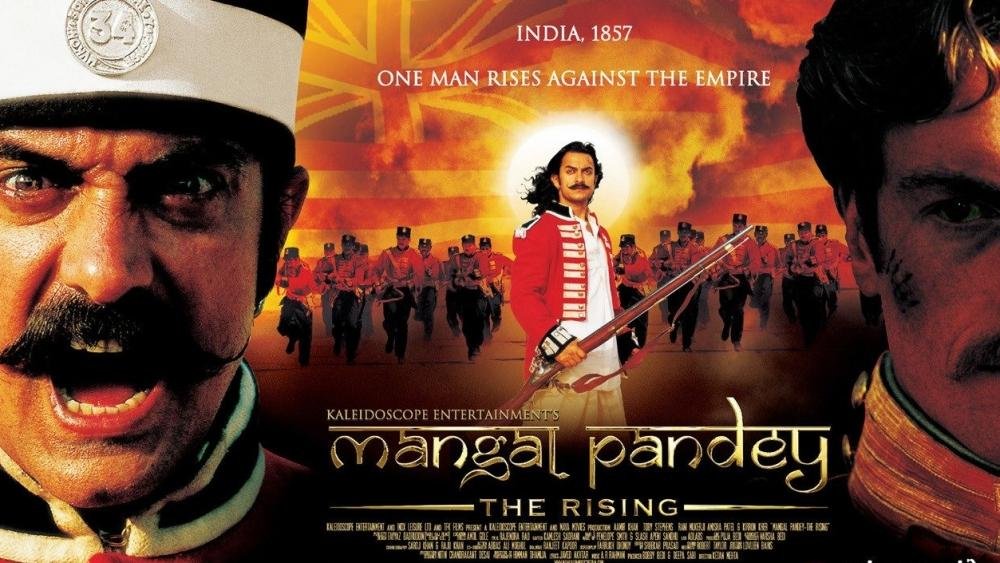 Mangal Pandey has been slammed in media enough times for glamorizing history for making money. The film, which was based on the life of Mangal Pandey, the soldier who led the 1857 Sepoy Mutiny had a number of historical hits and misses out on the key facts about the revolt.

A petition was filed in the High Court against the movie for depicting the first Indian revolutionary in a negative and demeaning manner. The movie suggests that Mangal Pandey had married a prostitute called ‘Heera’, which is absolutely not true.

Not only Bollywood, but even Hollywood has committed this mistake in its films time and again. 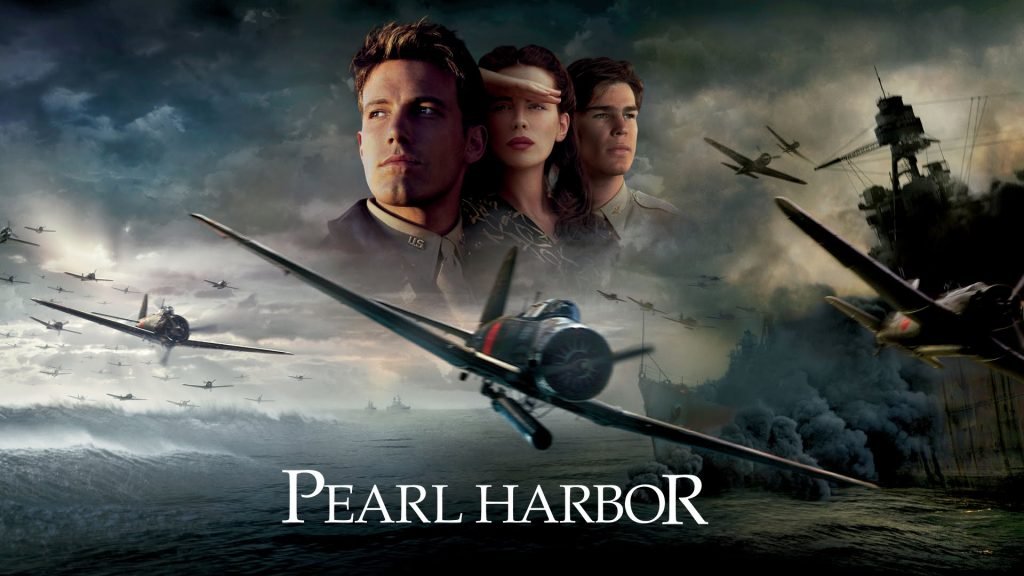 Michael Bay’s Pearl Harbor was a huge Box Office success. However, the movie has its own fair share of historical inaccuracies and errors. In order to create a love triangle based romantic war drama out of the terrible attack on Pearl Harbor on 7th December 1941, Bay has overlooked the gravity of the subject.

There are some humongous factual lapses in the movie. For instance, joining of Ben Affleck’s character in the Eagle Squadron. It is impossible because active-duty U.S. airmen were not allowed to join this Squadron. Other major inaccuracies include the incorrectly timed events during the attack, incorrect depiction of attacks on hospitals, depiction of wrong aircraft weaponry. There were some other silly mistakes, like Marlboro Light cigarettes in a sailor’s pockets long before they were actually introduced. 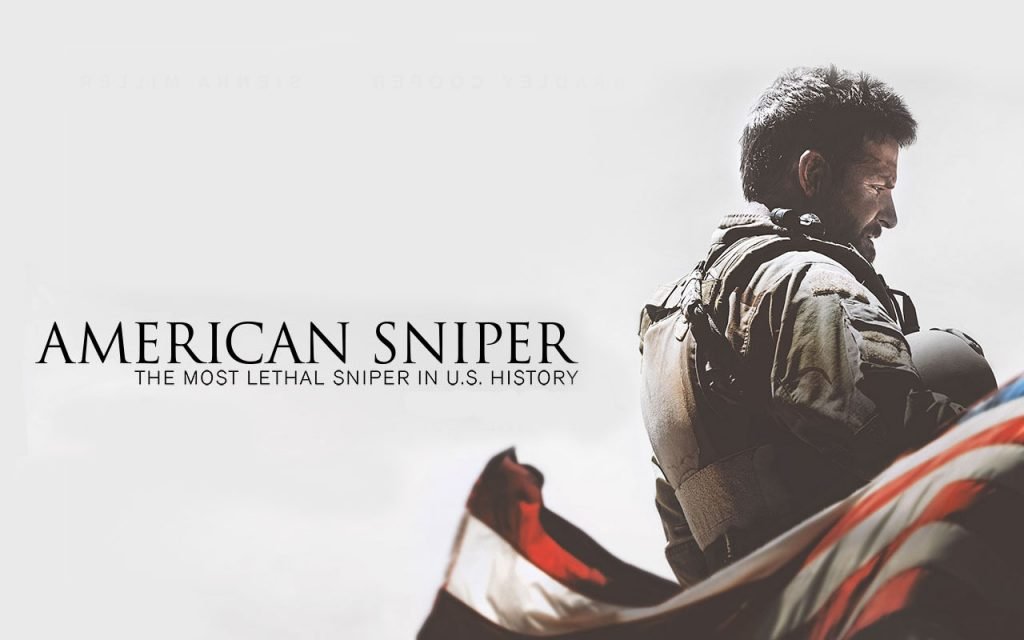 Clint Eastwood’s American Sniper is a biographical War Drama film. It is based on the life of Chris Kyle, who became the deadliest Navy S.E.A.L Sniper.

The portrayal of Chris Kyle, a hate-filled killer as a modest patriotic hero raises a number of questions. The story of American Sniper takes inspiration from a memoir written by a cold-blooded veteran sniper. He wrote that he never regretted killing anyone in the US-Iraq War. He had the most number of killings in the war. After coming back, from the war, he decided to write down his experience, exaggerating most of the events as there was no evidence to support his claims.

The character of Kyle as portrayed in the movie is very different from reality. Hence, it misguides its viewers, in the name of creative liberty. The over-exaggerated sniper battles are also not true. 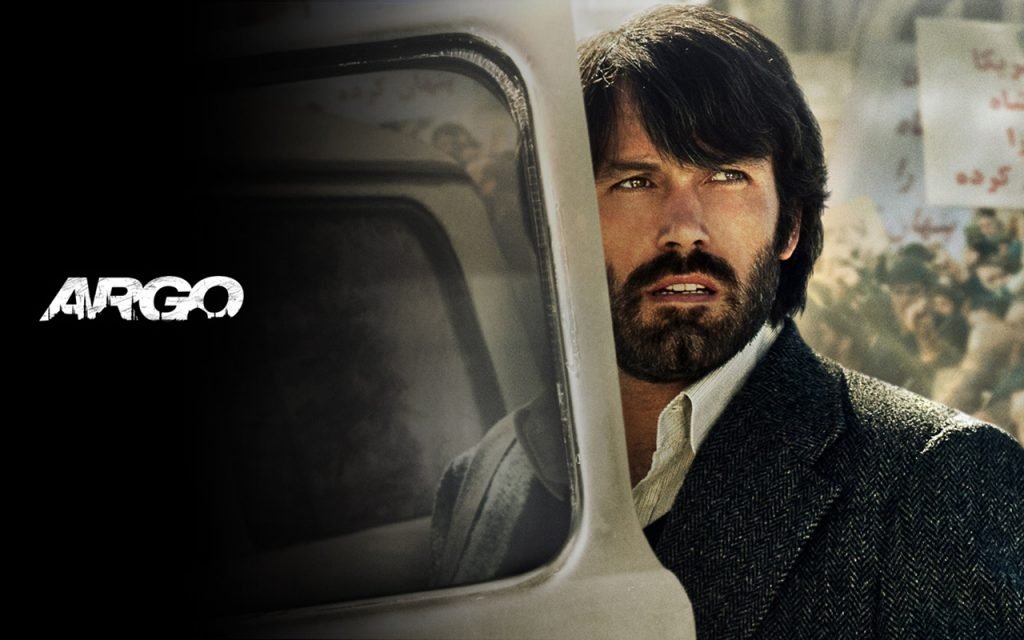 Directed by and Starring Ben Affleck, Argo is the story of an operation undertaken by a CIA agent masquerading as a Hollywood producer. This was done in order to rescue six US diplomats from Tehran during the Iran Hostage crisis in 1979-1980. The movie not only offensively portrays Iranians as bearded fanatics but also downplays the support offered by other countries during the operation.

The movie glorifies the US without giving due credits to other countries like Canada or New Zealand, which played a key role in the operation. The most debated part of the adaptation was the depiction of the events regarding the role of Canada in the escape.

There was also a bit of dramatization and use of artistic license to play with the facts.