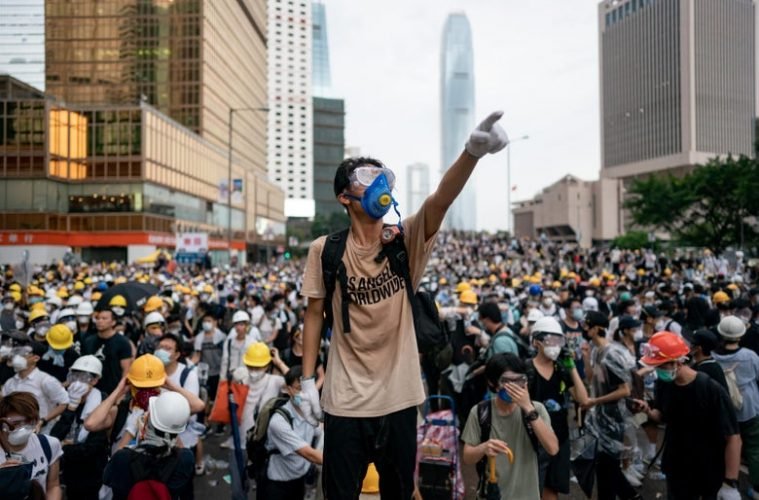 In the wake of an extradition bill being introduced by the Chinese government in Hong Kong, the city started exhibiting huge rounds of protests. But the ways the locals have come out with to show their discontent, are different as well as interesting.

Hong Kong is a special administrative area of the Chinese government under the “one country, two systems” advocated by Deng Xiao Ping. Under this rule, Hong Kong has autonomy in most civil matters until the year 2047. However, the recent extradition bill introduced by Carrie Lam has sparked resentment in the people of Hong Kong. Although the bill has now been withdrawn, it has not been fully blocked. Thus, it clearly remains a matter of concern for the people.

Firstly, people from different occupations have come together to protest against the administration. Most of them have not informed their family, relatives and friends about their participation in the protests. Thus securing anonymity, lest they shall be imprisoned. Which means an end to the revolution.

Teachers, pilots, students, workers of the transport sectors (the working class) are refusing to work. Which has caused immense slowdown in the economic activity of Hong Kong.

The situation is so volatile that virtually everyday the police is being ordered to use tear gas against the people. But to counter that people have invented makeshift protection gears to protect themselves from it.

From barricading the roads to blocking train doors to leaving cash at the subway station for train rides to hide their identities, people are doing a lot to save themselves from the “communist government” in China. And the fear of losing their autonomy in 2019 or 2047 is driving the movement.

People refuse to bow down to even tear gas. Traffic cones are being used to diffuse the gas by enclosing the cylinder containing the gas with it and then pouring water in the hole. They have armed themselves with umbrellas for protection against tear gas. 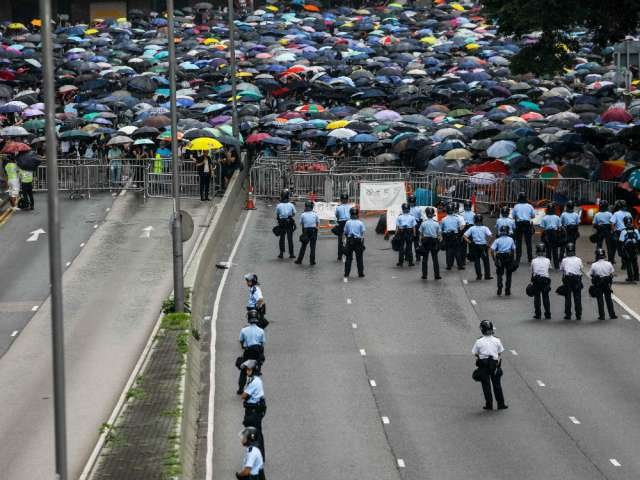 People leave their houses on the pretext of going to their colleges or offices and sit down inside malls disrupting all forms of activity there can be. Small WhatsApp groups are made and no contact numbers are saved on the mobiles to protect the identity of the people. Civil aviation workers and workers of the transport sectors have refused to go to work leading to hundreds of flights getting cancelled. An official crackdown of all forms of transport has broken the city.

Laser pointers are being used to point at the faces of the policemen to blind them so that the identity of the people involved is not revealed, while protesting on the roads.

A mass movement cannot sustain itself for long if and when people start getting tired. And there is room for that in Hong as well. The protests which started in June are not getting diluted in the near future and are only getting fuelled. This goes to show people’s resentment against not only the government in Hong Kong but also the Chinese administration. The reason why the protesters are not backing off are plain simple. They feel their freedom is being pegged down and they have no reason to let the matter go. Maybe this is the last nail in the coffin. But that is it really so is something that is yet for us to see!

Only structural and economic reforms and an assurance that people’s freedom will not be tampered with can bring the protests to a standstill. This seems to be the only way to restore peace and faith in the government. Until then, this fight for freedom seems to stay.