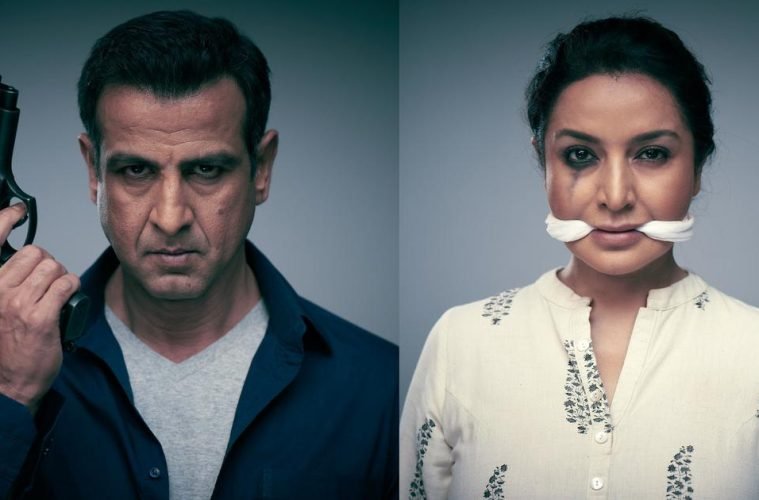 What do you get when an established film director like Sudhir Mishra is at the helm of the official adaptation of a globally acclaimed thriller? What if you add critically acclaimed actors like Tisca Chopra, Ronit Bose Roy, Dalip Tahil and Parvin Dabas into the equation? The answer is Hotstar’s latest web offering “Hostages”. A show which combines the narrative force of the hugely popular Israeli TV show with the artistic might of Indian film industry’s acting stalwarts.

The opening scene stays true to the title and depicts a family being held hostage by masked rogues. Without delving deeper into this scene, the director introduces SP Prithvi Singh (Ronit Bose Roy), a retiring policeman, who successfully captures a terrorist on the last day of his duty. Coming to the family, we meet Dr. Mira Anand (Tisca Chopra), a successful yet rising surgeon at a well-known hospital. Her husband, Sanjay (Parvin Dabas) is the principal of a school where their son Shovan (Sharad Joshi) studies. Their daughter, Shaina (Malhaar Rathod), forms the fourth leg of the family.

It does not take long for the viewers to comprehend that all is not quite well within the family. Dr. Mira is given the immense responsibility at her work. This responsibility comes with a firm opposition from Mira’s senior doctor thanks to his professional insecurity. Meanwhile, Mira’s 18-year old daughter, Shaina, clearly craves for her mother’s attention because all is not well in the girl’s life. Her son, Shovan also craves attention, but not from his parents, but his peers. Mira’s husband, Sanjay is undergoing a stressful time financially.

However, Mira herself seems to be a stranger to the secrets haunting her family members. Add to this the fact that the masked rogues want her to do something unthinkable. What follows is a tense journey spread across ten episodes which lead us to Mira’s final decision.

Throughout its promotions, “Hostages” has been advertised as a thriller. But it is undoubtedly also about family relationships as much as it is about circumstances. One cannot help but wonder if the title of the show is not just about the family taken hostage but also about how circumstances make a hostage out of each one of us. Even the most rational of us, falter in the face of undesirable events as our ability to reason out a course of action is taken hostage.

Like any mystery tale, “Hostages” has no shortage of characters and subplots. Although there is a heady concoction of clichéd thriller devices like a countdown till ten (“Main dus tak ginunga lekin uske baad…”), strategically empty guns and unintentionally blurted giveaways. The viewer will not feel bored while witnessing the drama unfold. The writers Nisarg Mehta, Shiva Bajpai and Mayukh Ghosh have done a worthy job of keeping the viewers interested with the show’s fast pace. One is drawn right in to the thick of things and there is no urge to distract oneself from the narrative. The hugely popular device of foreshadowing events has been meticulously put to use.

Though Sudhir Mishra has spoken about the ability of a web series of giving a free hand to a director to tell his story without being mindful of a time limit; however, adapting an original show has led to inclusion of a few loose subplots in Hostages. Nothing makes a viewer’s interest wobble in a mystery like being able to figure the mystery before its actual reveal. Sadly, Hostages fares poorly in this regard from the very start.

There are even clear lapses in the plan of the bad guys. It is understandable that a part of this lapse may be due to infighting among the villains but it is rather naïve of the show’s makers to expect viewers to accept that.

The show also suffers due to an overdose of coincidences. The hostages seem to have too much wiggle space (metaphorically), while they are clearly in a difficult situation. Though the plot is riveting in itself, the show’s character development could have been better. The relaxed/confused hostage keeper relationship, does not generate a feeling of sympathy.

Tisca Chopra has done a commendable job and portrays a myriad of emotions throughout the series. She comes across as a natural whose no-nonsense attitude makes her an agreeable center-piece of the narrative. Her charisma is an equal match to Ronit Bose Roy, who dazzles as a stoic man on a mission. The other actors (Parvin Dabas, Dalip Tahil) are ineffective in leaving a mark on the audience.

A special mention goes to the series’ background score by Karel Antonin. The Czech music composer’s rendition plays a major role throughout the series in making most of the situations thrilling. 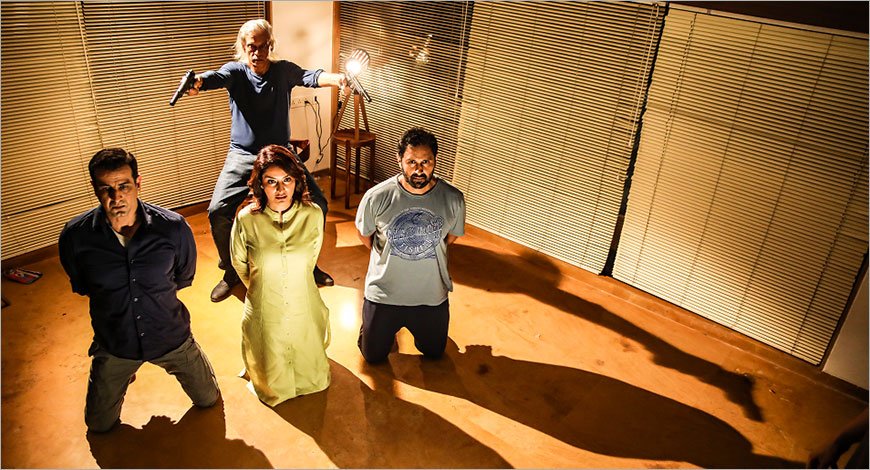 By the last episode of the season, we are thinking more about a “why?” rather than a “who?” of the planned crime. However, Hostages rewards its viewers for sticking to it with a reveal in the end. If you can overlook the few conveniences and coincidences in its plot, Hostages makes for a captivating viewing.