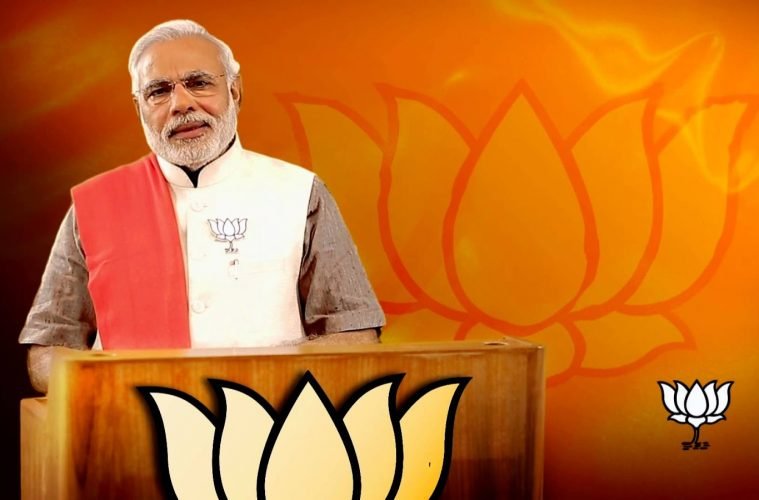 The BJP led NDA’s thunderous win in 2014 Lok Sabha elections left a memorable mark in the history of Indian politics. It managed to almost obliterate the already limping Congress party. It reduced the Congress party to a position where it could barely form a decent opposition in the Parliament.The factors which lead to this victory were multifarious.

How 2014 election was a win-win game for BJP

The state of affairs at the time worked quite well for the BJP. The only national party except for the BJP was Congress and it lacked able leadership. Basically, a politically viable face to contest the popularity of Narendra Modi was missing.

India at the time was facing an economic slowdown as the Congress-led UPA. Although in power for the second time in a row, it was guilty of corruption and poor governance. It distressed and infuriated the citizens. The string of scams that the then Government has pulled off made them fervently wait for an alternative. The BJP played the field and projected itself as the knight in shining armour. It promised to save the masses from the pitiable Congress rule. 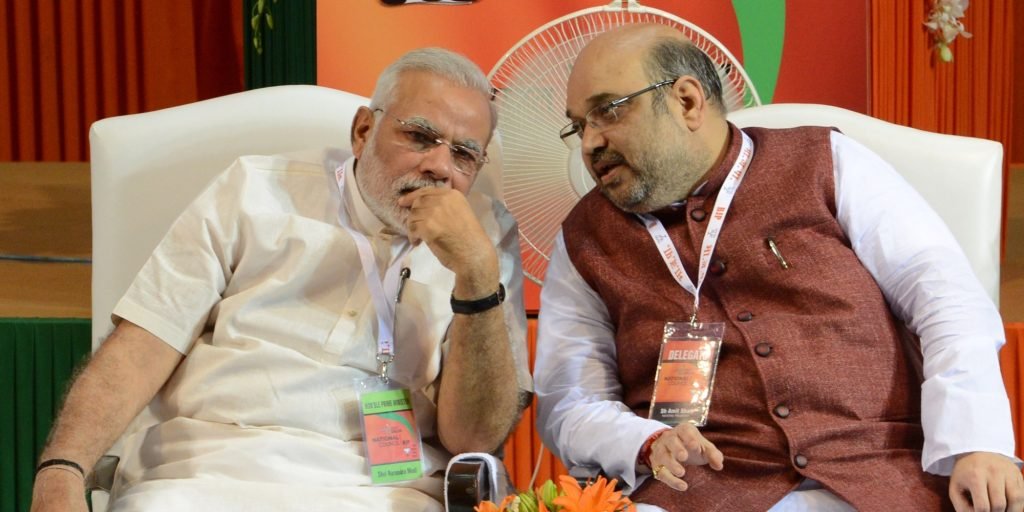 With the economy spiralling downwards, ideological struggles, alleged saffronization, minority politics and other fringing problems… 2019 does not seem to be a cakewalk for the BJP.

The problem to policy ratio does not paint a happy picture in the current times. Basically, a governance policy to tackle each and every glaring problem which can prove to be obstructive on the roadmap leading to power. Now, these policies can either be theoretical or in practice, but the fact that they are necessary is unarguable. The BJP has not taken a back seat and is getting ready march towards the house with a clear majority.

The party president Amit Shah has already laid down an aim to win 350+ seats in the 2019 elections. He also has prepared a roadmap to win with a thunderous majority emphasizing on the 150 seats lost during the previous election. Being the shrewd and able politician that he is, Amit Shah will leave no stone unturned in applying meticulous strategies at the grass root level.

Major mishaps by the current government

The foremost impediment for the BJP before 2019 LS polls is the feeble economy which is a result of the Government’s policies namely; Demonetization and the GST. The economy needs a cure and that too urgently if the BJP wants to see the light of 2019. It is true that ideological critique, religious and appeasement politics can be done with but no leader or political party; however strong, cannot escape the havoc of economic criticism. Having realized the same the Government has planned to pump in a Rs. 40,000 cr stimulus in order to revive the Indian economy. This aid is aimed at boosting the economic exports, encouraging domestic investment, supporting small and medium enterprises, rural infrastructure and affordable housing. Also, importance is to be paid for creating employment opportunities. 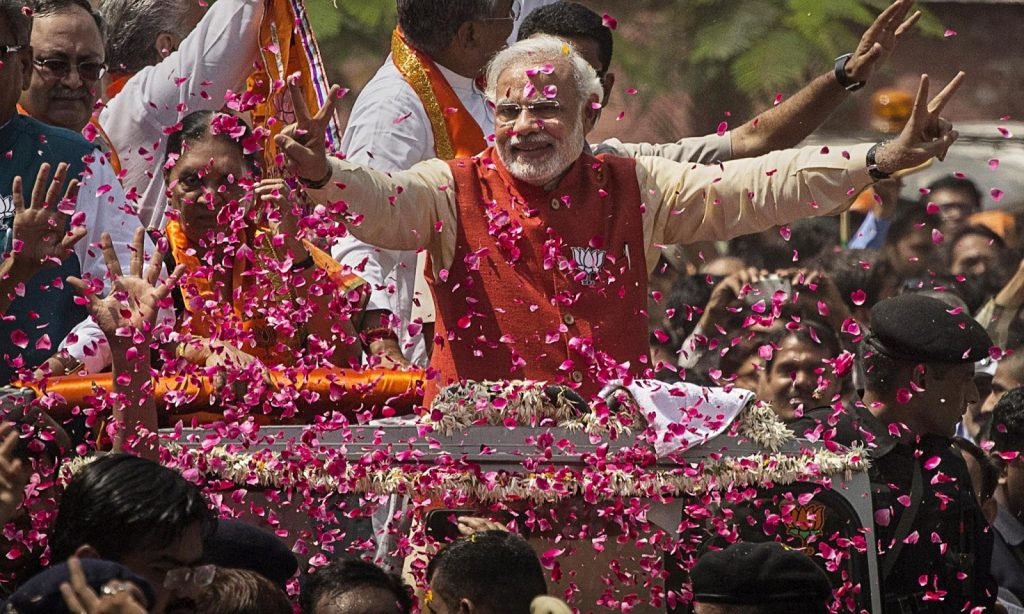 Also, another way in which the government is hoping to revive India’s economic fortunes is- increasing capital expenditure. Mainly on roads and railways. The Ministries of Roads and Transport boasts of the Kashmir underpass and the Dhola–Sadiya Bridge also referred to as the ‘Bhupen Hazarika Setu’. The Ministry of Roads and that of railways Railways lead the “Ujwal Bharat” that envisages to ensure 24*7 power to all. Also, the “Bijli Har Ghar” yojna providing electricity connections and solar power packs and the many schemes with laudable objectives wherein the completion time is mostly 2022 are all to be used as arsenal in the upcoming 2019 polls.

Another glaring problem is unemployment. India’s jobless haunts BJP’s 2019 poll ambitions. To rescue this problem BJP’s drill for 2019 polls will hugely concentrate at channelizing the youth energy. This also comes as a tactical move as the BJP endured the youth blow in the recent Gujarat Elections. Leaders like Hardik Patel, Jignesh Mevani, Alpesh Thakor if not the sole deciding factors but were instrumental in reducing the BJP to a meagre 100 seats. It barely managed to form a government in Gujarat. Thus to mobilize the youth of the country is of utmost importance and BJP is wasting no time in it. 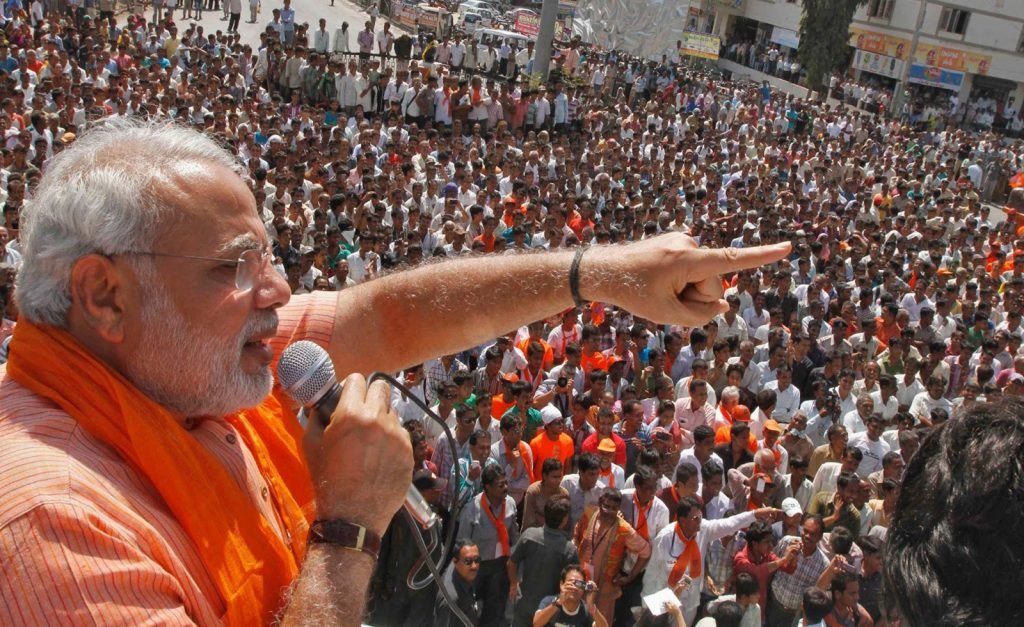 Even before the official start of 2019 poll campaigns, BJP has prepared a blueprint to reach out and mobilize the youth of the country. From organizing the “Yuva udghosh” conference in the PM’s constituency Varanasi to making an endeavour to “connect” with the youth; BJP’s 2019 drill  “CONNECT” basically aims at forming a connection between the government and the masses.

The “Millenium Voter” program wherein the first-time voters (those who will be attaining the age of 18 years and will be eligible to vote for the first time in 2019) will be registered by the BJP workers themselves. Various other programs like “blood connect” will be organized. It which aims at assembling the independently working blood donors at district levels. This program is specially instituted to start from 12th January 2018 (Swami Vivekanand Jayanti) to be continued until 23rd January (Subash Chandra Bose Jayanti).

A list like this will help maintain a nation-wide directory of blood donors. Organizing the booth and college level programs are helpful. It envisages at providing information of the various government programs to the youth. The poor shape of agricultural sector demands attention. The government envisages policy reforms in this area too so much so that the Union Budget of 2018 will concentrate on benefitting the farmers and the youth.

The BJP has been time and again accused of polarization politics and the alleged “saffronization” being spread nation-wide.

But the party, in order to maintain its secular image has paid emphasis in the minorities affairs; from initiating digitalization of Madrasas to providing aid to the BPL minority families. The Triple Talaq Bill also finds a highlighted mention here which served a bigger purpose.

Ayodhya Ram-mandir issue is another worth-mentioning issue which will again hurl in the political galleria to again instil a hope in the masses. Thus a concoction of triple talaq and gau-raksha is on the table. BJP is ready to garner the support of Muslim women mainly by the Triple Talaq venture and also by permitting them to go for Haj without a “Mehram” (male guardian). On the other hand, it has planned to organize a “Rashtra Raksha Mahayagya” in March 2018 at the premises of Red Fort which is going to be a week-long yagya with 108 hawan kunds at the premises.

The master tactics which led to the massive victory in 2014 was connecting with the grass root and managing the rural community, their distresses and problems. 2019 polls will adopt the same formula. Thus the BJP plans to hold frequent surveys to get a feel of the “pulse from the ground” to alter the strategies accordingly.

The Focus for 2019 election

The party has decided to focus and thrust on 150 seats. Mainly in states like West Bengal, Assam, Odisha, Telangana, Tamil Nadu, Karnataka and Kerala. The party is trying to emerge as a key electoral player. Thus according to reports, various union ministers like Ravi Shankar Prasad, J.P Nadda, Prakash Javdekar, Dharmendra Pradhan etc have been allocated with different LS seats from these states wherein they are expected to use their broad organizational experience.

The Lok Sabha constituencies will have 600 full-time workers deputed until the 2019 elections. Full-time workers will monitor each Lok Sabha seat. BJP has already started work in West Bengal by contesting two by-elections. Now going for the Panchayat elections which will help them test their preparedness on the ground in the state. 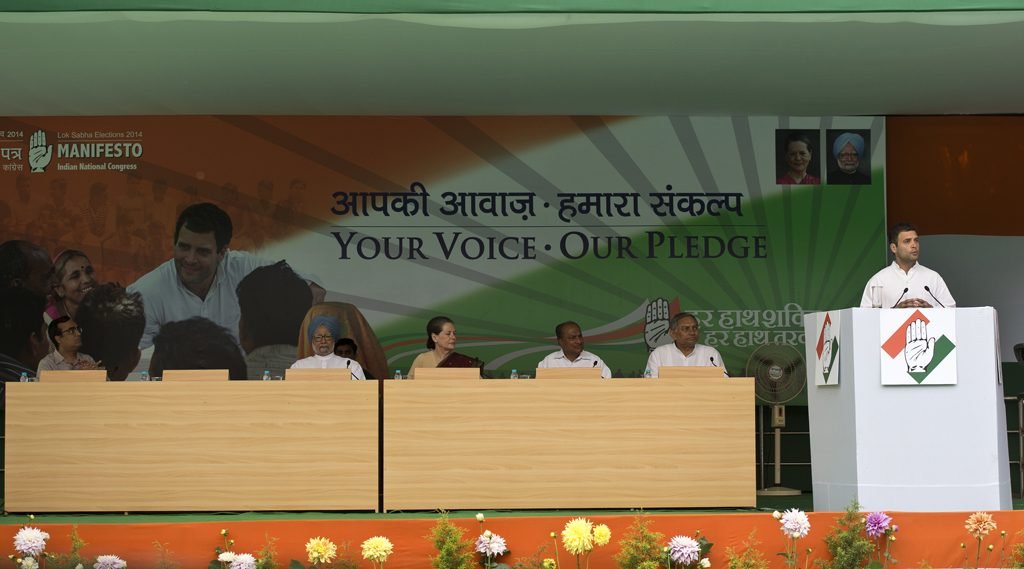 BJP and its competitors

BJP’s leadership has showcased a quest for exacting power either by hook or crook; be it befriending long enemies to “buying” MPs and MLAs. Thus, the only viable leader with a pan-India acceptability is Modiji. The leaders who could be a threat are either in jail or do not pose as a challenge.

A possibility of a “Mahagathbandhan” is still hovering.The recent debacle of Congress and Samajwadi Party in Uttar Pradesh, Mayawati’s decline and Lalu Yadav’s imprisonment… the future of this Mahagathbandhan doesn’t seem to be very bright. Moreover, with Nitish Kumar on the BJP’s side as well; the coalition politics will again be sans any able leadership which will, in turn, benefit the BJP. To make good the loss of popularity, the BJP is luring the youth, local leader or even regional parties.

Conclusively, it would be safe to say that 2019 is a scalable peak but not an easy one. Modiji delivered his first speech as the Prime Minister of India back in 2014.He called himself the “Pradhan Sevak”. He announces that the first four years of his office will be working for the people and the last for politics. The circumstances stay true and thus the year 2018 is going to be crucial for implementing schemes and policies, reviving the economy, infrastructural changes and so on. It is undeniable that Modiji still possesses the popularity quotient. But time has come for the BJP to back it up with credible work.