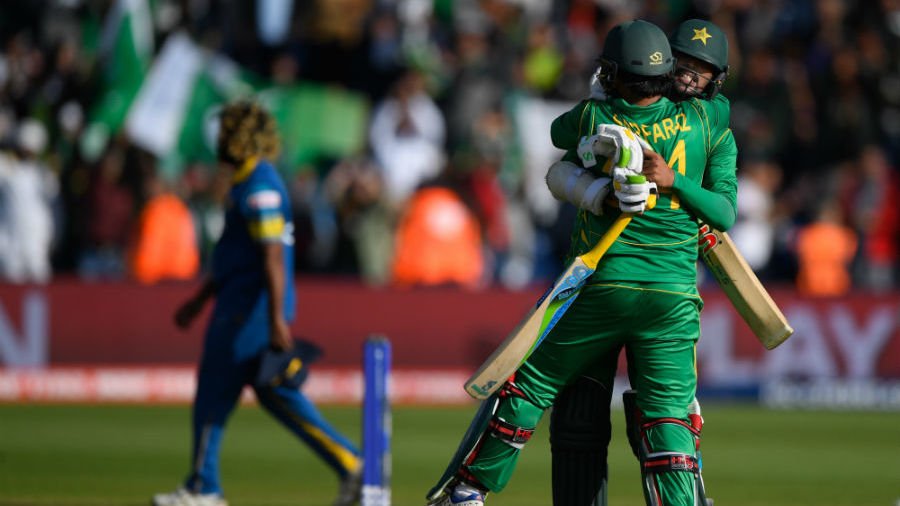 Pakistan Cricket team no longer has the will. They are not worth it anymore. Their players are sloppy, unhealthy and no match at international standards. Nope. Pakistan no longer had it in them to move beyond the knockout stages of the Champions Trophy 2017, let alone reach the final. And yet, here they are in the finals, raring to take on the finalists from today’s winner.

So what really happened? How did the Pakistan Cricket team strike gold, when most people thought their hits were actually misses? And could someone please explain when did they exactly realise their potential? Did Mickey Arthur discover some age old pep talk that suddenly aroused the right potential in everyone and they just won when it mattered? More importantly, how did they peak just at the right time? 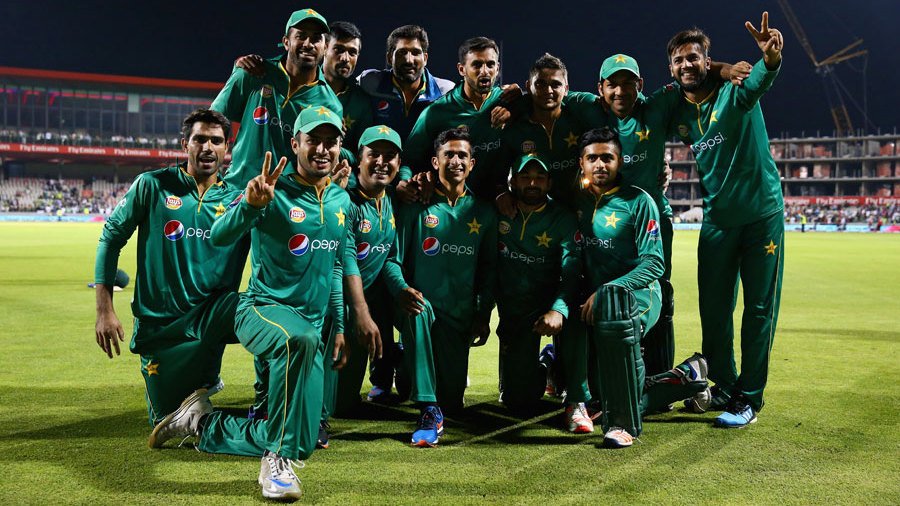 32 year old Azhar Ali has just 49 One Day International under his belt. His opening partner, Fakhar Zaman, is three ODI games old. Zaman is 27. At one down, comes Babar Azam, cousin of Kamran and Umar Akmal. Apart from their strike bowler, Mohammad Amir, Pakistan’s fast bowlers are no longer lethal. They are good. They lack the sting which the likes of Shoaib Akhtar, Wasim Akram, Waqar Younis, Mohammed Sami or perhaps even Wahab Riaz had. A team like this does not inspire the captain and the fans too much.

And sure enough, this on-paper weak team just managed to scrape its way through to the finals. The important point to note here is that they did. In their first match, they were steamrolled by India. In the second match, rains and South Africa’s bad luck as usual helped. The third crucial match against Sri Lanka was more of the former’s loss than Pakistan’s win. Sure enough, the former dropped catches when it mattered the most. It would, however, be a fool’s imagination to not give the captain, Sarfaraz Ahmed, any credit. Amir helped, but Sarfaraz kept his cool, pushing along when the world around him was crashing.

Every match, someone came handy. Every game, some player made a contribution around which everyone rallied. This is not a team which is sure to give you good opening partnership. With Zaman coming in to the team, the opening pair’s scores have surely been better. But the duo has a total experience of 52 matches. India’s opening pair, Rohit Sharma and Shikhar Dhawan have played nearly 5 times as many ODIs.

What Worked For Pakistan?

What worked for Pakistan was their ability to rally around one player and finish the task at hand. In the one game that they lost, Pakistan came up against one team which looks as invincible as Ricky Ponting’s Australia of 2003-2007. Barring that one game, Pakistan climbed those mountains one step at a time. 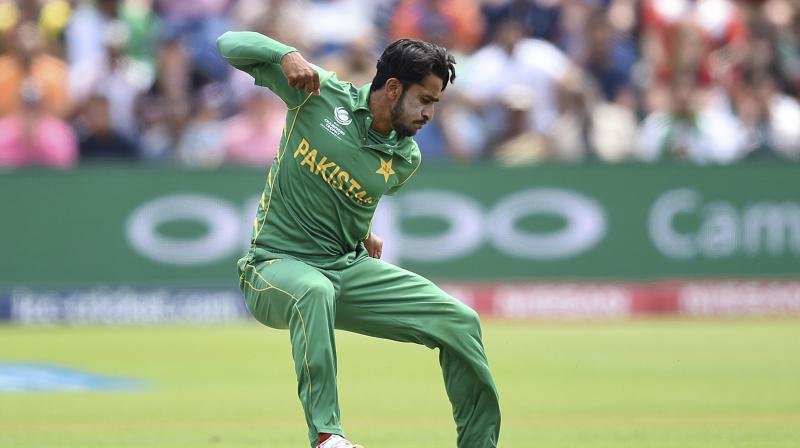 In the game against South Africa, the team supported Imad Wasim and Hasan Ali’s economical bowling figures with some sensible batting despite losing three early wickets. While Imad bowled eight overs for 20 runs without conceding a single boundary or six and snapped two wickets, Hasan Ali bowled eight overs for 24 runs, and snared three wickets. Between them, they had sent back Faf Du Plessis, Hashim Amla, A B De villiers, J P Duminy and Wayne Parnell.

Sure enough, the rain gods helped them at the right time. But hey, fortune favours the brave. And Pakistan were certainly brave that day.

In the next game against Sri Lanka, Pakistan Captain Sarfaraz pushed the engine along. He did not lead from the front. Pakistan has almost squandered the game away. Chasing a target of 236, they were off to a flying start, having made 74 without loss in just 11 overs. Things went south from there, until they were 7 down for just 162 runs in the 30th over. If not for Sarfaraz , we would have had a Sri Lanka-England semi-final yesterday. Alas! That was not to be.

In Semi-Finals against England

A written off, warn-torn, battered and bruised team had just managed to eke out a win and reach the semi-finals. Every other critic put an end to Pakistan’s story there. Surely, they had managed to win and reach the semis. But that was it. Fortune was no longer at play here. It was a league of big boys, where a non-descript team like Pakistan would not survive. That was it. The deal was sealed.

Pakistan broke the deal. Pakistan made sure people sit up and realise. They rallied around one player again. It was Hasan Ali again. Opting to field first against England, Pakistan fielded like their life depended on it and ran after balls like they would chase their dreams. The unfit player were panting, but not ready to give up yet. The girth of their waist was not about to become a hurdle. Not in the semi-finals.

After containing England to a paltry 211 in their quota of 50 overs, Pakistan were off to a flier, thanks to their openers. Zaman and Azhar Ali played with vengeance. They punished the bad deliveries and caressed the  good ones with beautiful strokes. Zaman batted as if he was possessed. He has been batting like that since his debut. He was swatting balls like they swat flies in government offices. Whack! Azhar Ali, the more clinical of the two watched from the other end. He was happy to be in the viewer’s spot and enjoy the carnage while it lasted. And just like that, Pakistan were home with eight wickets to spare. By the time Azhar Ali was back to the pavilion after being bowled for 73, Junaid Khan was already in his shorts. Relaxed and confident that they had this game. 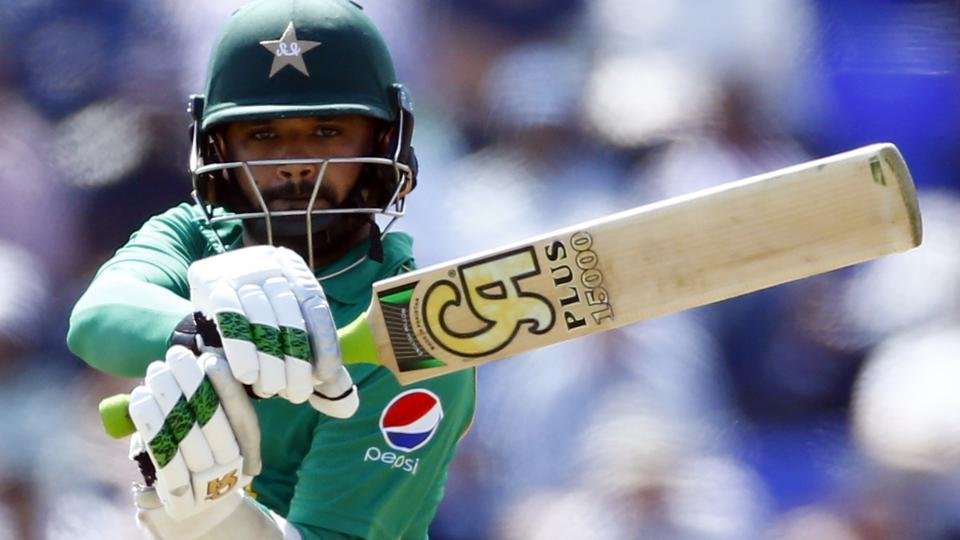 As fans, nearly 3 billion people would be rooting for India to win today, so that an India Pakistan final can be set up. That, however, is speculation. And wishes of the viewers. Only if wishes were horses.

Pakistan will either meet India or Bangladesh in the finals. In either case, there is much at stake. With both the countries, Pakistan has a long history of political differences, which inadvertently creeps on the field. The sportsman spirit does take a backseat and biases flare up in the open.

Pakistani critics back home who had written off their own team after loss to India, will now be eager to see another game, a final and no less being played this time.

If Bangladesh manages to pull off a surprise today, it will face Pakistan in the finals. Memories of the 1999 World Cup match, when the former beat the latter by 62 runs, are sure to return to haunt the ardent fans. And it was only in 2015 that Pakistan was humbled by Bangladesh three times in three back to back ODI matches. That pain will also surface.

All said, it will be interesting to see what game Pakistan’s semi-cohesive unit brings to the field in the finals on Sunday. Because be it India or Bangladesh who win today, Pakistan will have to come up with their A game!