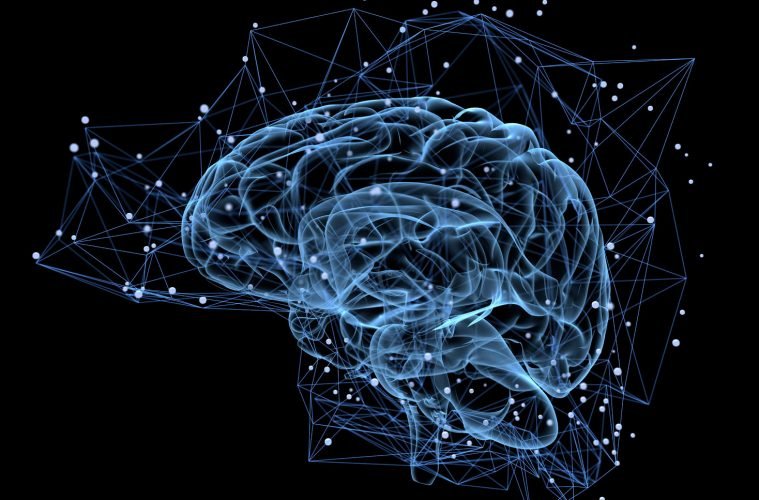 4 Ways How Technology Is Changing The Mental Health Treatment Field

Mental health issues have been plaguing humanity for long. Despite advancing centuries, taboos associated with the same are still widely prevalent. As such, advances in technology in this sphere were minimal and unknown. But recent times have seen a boom of technological initiatives that aim to curb and cure mental illnesses.

The strides in technology, computing, and data analytics have led to the intervention of technology in this elusive field as well. Technological disruptions are working closely with these methods to provide more effective solutions.

The advent of various new-age technologies has led to the snowballing of projects for mental health wellness. The major technologies causing this wave are as below. 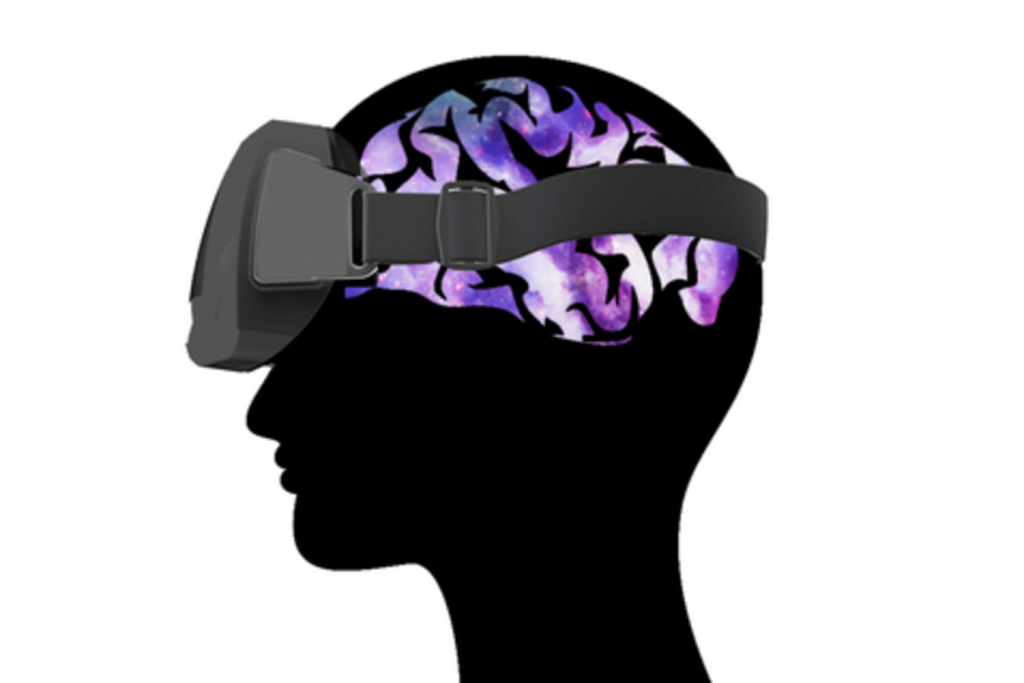 Virtual Reality has immense potential for becoming a psychologist’s go-to therapy plan. In the current scenario, VR is being extensively used for the purpose of gaming and entertainment. However, research is underway for its application to the therapy domain. The best use-cases for VR: Anxiety disorders, PTSD (Post Traumatic Stress Disorder) and Phobias.

Best way to understand the potential of VR is an example. Say you are Ron Weasley and suffer from arachnophobia. (Which I do, to some extent) For behavioral therapy, you would be exposed to spiders regularly and over time, you can overcome the fear. For simpler cases like these, VR may be disposable. Now say you suffer from acrophobia (fear of heights that is.) It would be insensible to make one stand on top of high buildings when it is known that they are sensitive to it and may fall. Take another example, aviophobia (fear of flying.) It would be illogical as well as highly expensive for a patient to fly regularly to overcome this fear.

In case of PTSD, VR is even more useful. Most PTSD patients suffer from war experiences, either as a soldier or as a civilian. To overcome this disorder, behavioral therapy, as well as counseling, is employed along with medications. However, it is much harder for the doctor to understand and recreate the situations causing the trauma.

This is where Virtual Reality comes in. VR can easily help in creating virtual environments with the click of buttons. The creation of these often hazardous environments in actual safe environments is what makes VR very lucrative. It is safe, affordable and much more impactful in creating environments than just recalling them. 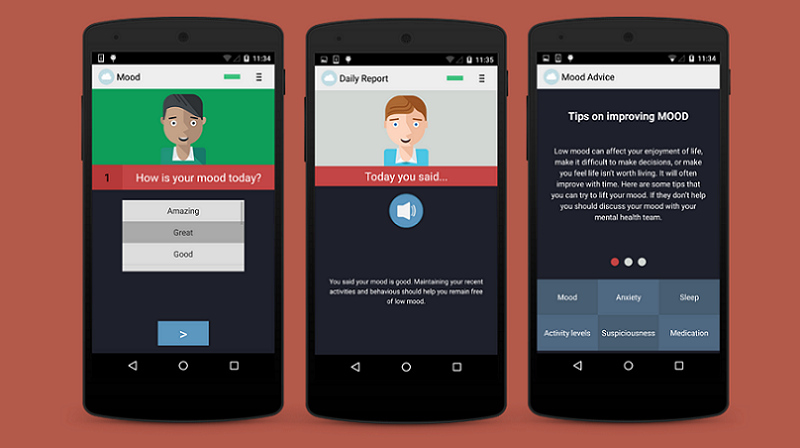 We don’t have to talk about the penetration of internet, smart devices into our lives. With the increased accessibility to the internet across the globe, mobile applications are becoming a very important data collection and analysis center for medical issues as well. A plethora of apps is working in this sector to assist psychiatric evaluations. All these applications function on the basis of user data which may be input by the user or tracked using built-in sensors on smart devices.

The apps essentially differ in terms of the kind of functions they perform. Self-management apps require input from the user and provide feedback based on this data. Skill-training apps help the users in building focus, better thinking cycles and breaking the chain of overthinking. They also help with anxiety and depression and train the user to be mentally active.

Supported care applications connect the user to a professional healthcare specialist who can offer instant guidance and support. Passive Symptom Tracking Applications record user data passively. The data collected helps in understanding the mood of an individual as well as their social connectivity. The application then analyzes this data and takes appropriate measures such as providing user feedback or alerting a caregiver. 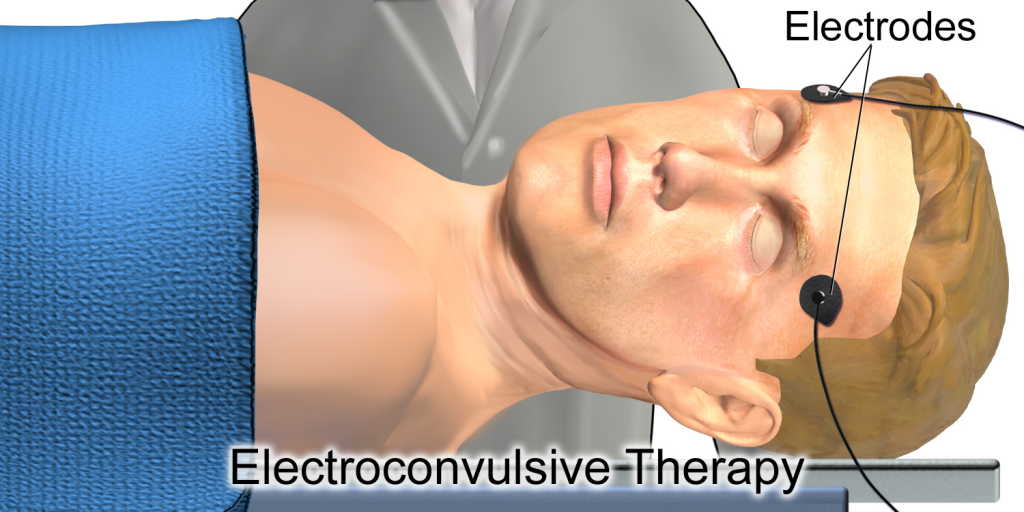 Advances in magnetic field stimulation for electroconvulsive therapy (ECT) are creating better innovations for treatment of chronic depression. Let’s talk about what ECT is first. Electroconvulsive therapy is the application of electric current to the human brain causing seizures resulting in the change of brain chemistry. Sounds scary af. But it has proven effective in curing chronically depressed patients. As well as the depressive part of Bipolar disorders.

Over the years, with better technology coming around, ECT has become less invasive. It has also become more patient-controllable as well as less severe. So much so that seizures are rare. All this advancement is a result of studies into magnetic fields and electricity. One such device is the Transcranial Magnetic Stimulation (TMS). It is placed on the scalp and sends bursts of pulses to specific mood-controlling regions of the brain. Another advance equipment is the Vagus Nerve Stimulator. 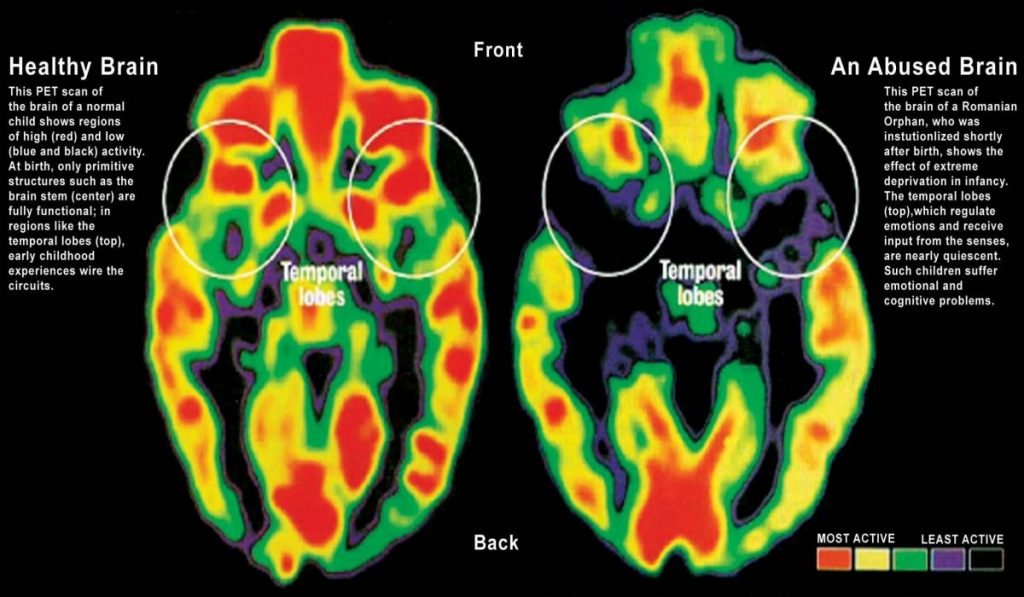 Medication for psychiatric issues isn’t as direct as for physical ailments. While one medicine may work for one patient, the same doesn’t work for another. As such, the initial months of prescription are often that of trial and error until it is possible to stick to a stable drug. This process is exhausting, expensive as well as side effect-ridden owing to the strong medication.

But with the advent of data analytics and computational power, this problem can be solved. Enter, intelligent brain scans. So these scans map your brain and its activity. This helps in finding similarities in brain activity and thus, the probability of a certain medication working on similar people increases. Power of data at the show again.

The power of technology is formidable. It can change the world as easily as it can destroy it.

But the advent of technology into solving problems that have weighed down mankind for so long is exciting to witness. While mental issues are still a sensitive topic for many, better and easier methods for prevention and cure will change the perspective of the upcoming generations. And if your smartphone can help you get over your phobias, I am sure the Gen Y would be all up for it!