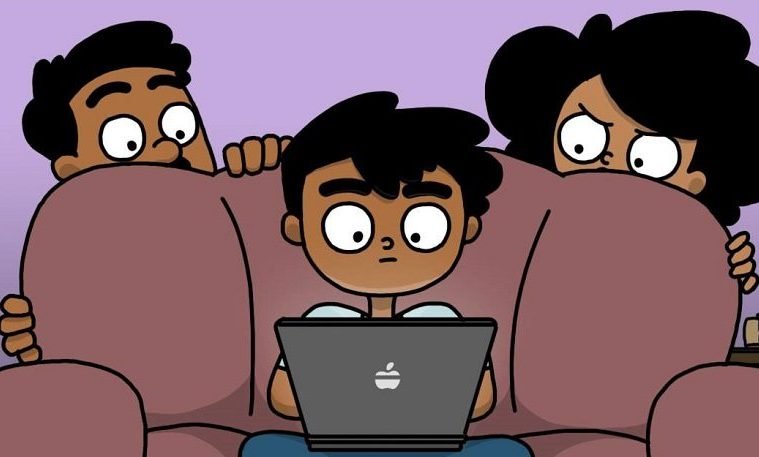 Devang Patel is mostly known for parody songs that were an instant hit back in the 90’s. The above line is also from one of his albums named Patelscope. The entire song is dedicated to all of the weird things that Indians are addicted to doing. While some people may find it offensive with the premise that it doesnt apply to every living indian, we pretty much have to agree as the observations are entirely correct. It may or may not be something to be proud of, but the humour of the song is not lost at all. But since Mr. Patel composed this song way back in the 90’s, a lot has changed. No, we as indians have not changed. It just that the weird things we do have gone above a notch. Let me walk you through some of these iconic acts.

Now that computers are a dear and beloved household member of every home in the country, its not hard to imagine our dependencies on the machine. But sometimes machines have issues too. So what do we do when our laptop/desktop encounters a problem?

This is what we call the “Ram Ban Illaj” of fixing everything when the computer doesnt work. It usually works too. Only when it doesnt, the computer engineer of the family is expected to know everything and fix the problem. (Which usually most engineers cant and its then that the members of the family start thinking,”all that money for engineering is surely wasted“)

2. Platform Peeking for the train

When on a railway station, there are enough display boards and coarse speakers that involuntarily keep us updated on when the train is supposed to come. Yet, out of habit, one member from each group travelling will make it a point to walk till the absolute edge of the platform and peek out on the rail track.

There is some sense of victory in spotting the train light from a distance and announcing that the train has arrived. (Most times, it turns out to be a freight train and our informer is made fun off).

3. Staring at people urinating in the street

While PM Modi’s Swach Bharat Abhiyaan has caught on, urinating in the streets is still something that is considered as a birth right for most men. But thats not all there is to it. Spotting someone urinating and then staring at them till they go out of sight is a sport most pillion riders enjoy.

There is absolutely no logic to it. But it happens all the same.

On a usual note, Speed of light and sound were used to convey speed. A cheetah in pursuit of a deer, a galloping horse and a scurrying rabbit were also heard of. However, there is an older and more effective measurement tool for speed. Its the speed with which the people behind you start honking as soon as the traffic signal turns green.

Its kind of a sport really with some impatient riders honking even before the last five seconds are counted down. Guess the fastest draw in the west would have some serious competition with these in case of a battle of agility.

The Bajaj scooters have been around for a fairly long time and even though our generation usually prefers bikes to them, we can still see the old scooters around. Of course with age, they tend to get cranky and demand attention when started early in the morning. A quick workaround is to tilt the scooter, give it a minute and then kick start it. It is so effective that most people who own them, now tilt them even before the first trick.

And you thought you are the only one doing yoga every morning.

This is one of the most common trait that you will come across among people in India. No matter what the occasion is, be it a birthday, an anniversary, a promotion or even someone buying a new car.

Here too Devang Patel observes correctly and mentions in his song:

Mr.Patel hit all the right tunes with his songs on an Indian and his antics in life. Maybe our new generation rappers can come up with an updated version. After all, “Hum hai toh Indian, please don’t mind” 😀