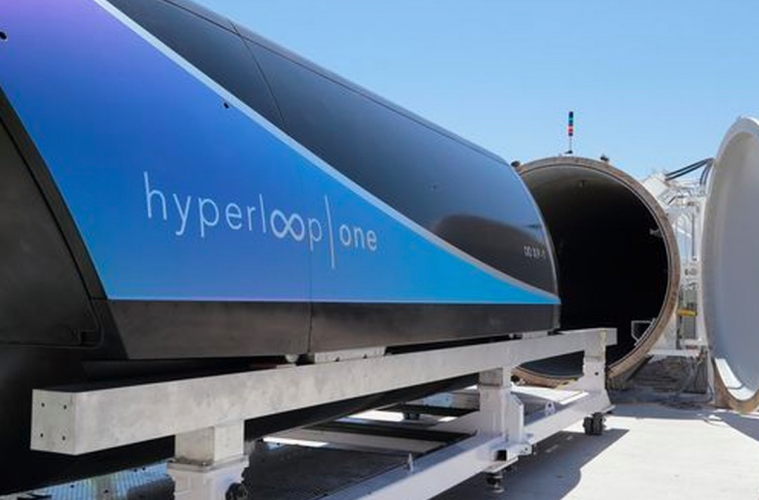 Hyperloop One – The Future is Here!

For anyone who has lived in Pune or Mumbai or in the adjacent areas has inevitably travelled between the two cities for some or the other purpose. The 150 kms travel might be a daily commute to some as well. Nevertheless, love it or hate it, one just can’t avoid the Mumbai-Pune trip! Ways of commute are multifarious. We have trains, flights and the very famous Mumbai-Pune highway all these cater to thousands of passengers who are ferried to and fro.

The highway traffic accounts for more share when compared with train or airplane. Before the new scenic highway, there was the old two way highway which took about 5-6 hours for the commute. There were trains as well, most importantly the Deccan Queen which ferried passengers from Pune to Mumbai in about 3 hours. Commercial air flight between these two cities is not treated as a feasible option given the short distance. Thus given the large demographic needing to travel between these two cities the quest for a shorter and faster route between Mumbai and Pune never ends. 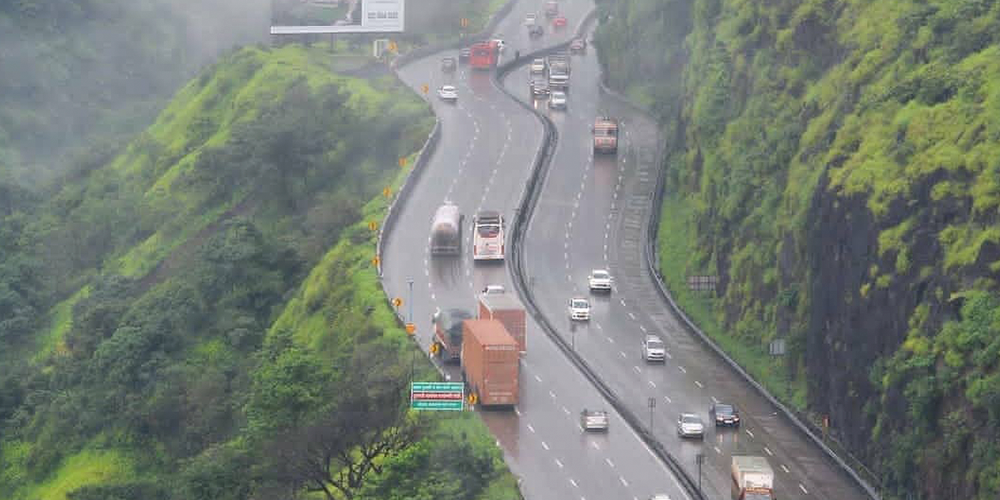 The Mumbai – Pune expressway was an ambitious project by the Government of Maharashtra. It was built after a feasibility study was conducted by a U.K. based civil engineering giant. The expressway is India’s first six-lane expressway till date, which became operational from April, 2002.

However, despite of the safety measures undertaken periodically the expressway has seen many fatal accidents since its inception. The landslides and heavy rains add to the agony. According to the data provided by the Maharashtra Highway Safety Patrol (HSP), 47 people died in 41 fatal accidents till June 2017, 151 people died in 97 accidents in 2016 and 118 died in 93 accidents in 2015. The average per day traffic on this road is heavy. According to a surveillance carried out by an activist, an average of 4,224 vehicles travel through the road in a day.

Because the expressway connects the financial capital to the cultural, educational and now seemingly growing IT hub, it is one of the busiest expressways in the country with a looming danger of safety along the road. 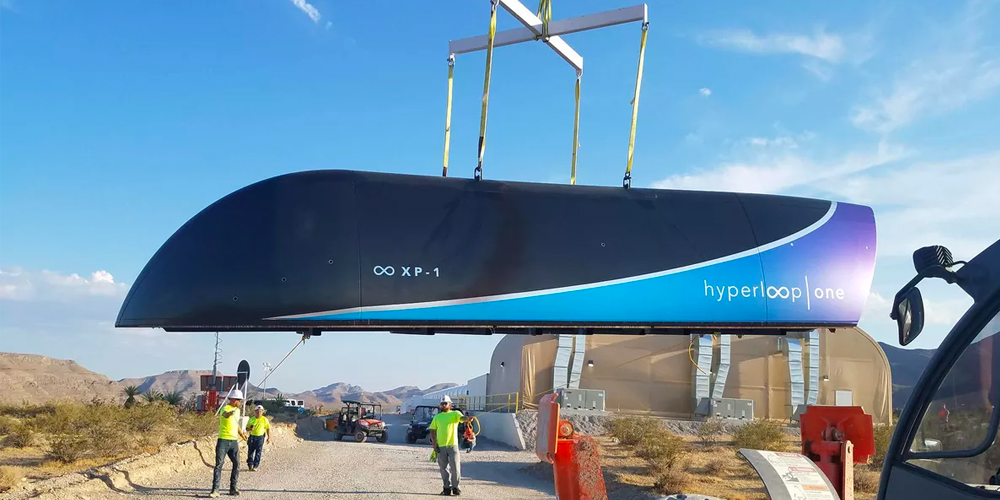 What might be called an endeavour to make this journey less risky and more rapid, the Government of Maharashtra signed a MoU (Memorandum of Understanding) with Virgin Group. The MoU will enable them to build a hyperloop transportation system between Mumbai and Pune, which aims to reduce the travel time between the two mega cities to 20-25 minutes from the current durations of three hours. Virgin Hyperloop One, a unit of Virgin Group is based in Los Angeles, U.S.A and propels a similar project between Dubai and Abu Dhabi and between Los Angeles and Las Vegas.

The first ever hyperloop route in India will link central Pune with the megapolis as well as the Navi Mumbai international airport. Prime Minister Narenda Modi laid the foundation stone for this project on 19th February, 2018. With a proposed completion time of about 6-7 years, the project will be executed by a public-private partnership. This business relationship will be involving Indian investors, IT companies and the best brains in India. The Chief Minister of Maharashtra, Mr. Devendra Fadnavis visited the Nevada test centre of Virgin Hyperloop One to assess the technology which will prove to be a major breakthrough in the arena of travel.

How does it work? 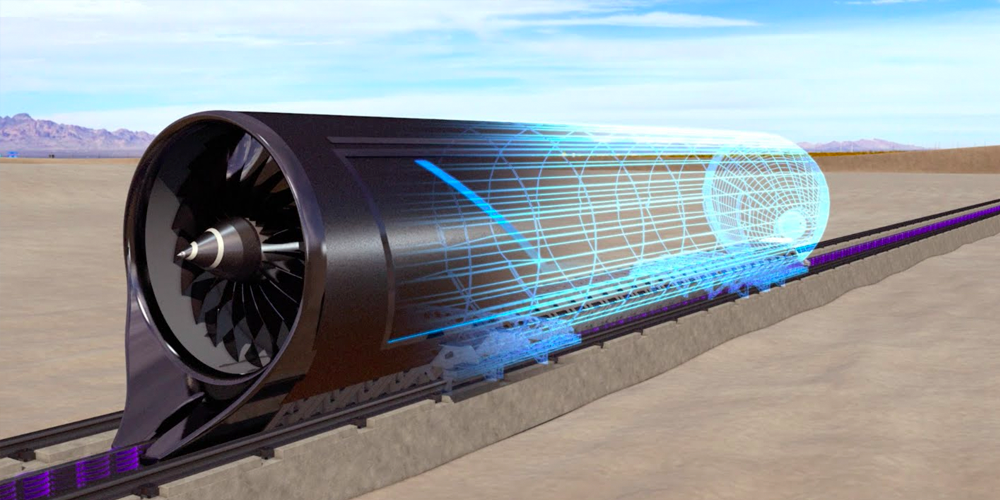 The hyperloop is based on open source technology conceptualized by tech billionaire Elon Musk. Hyperloop uses aluminum pods to ferry passengers, freight and even cars through low-pressure or vacuumed steel tubes. The vehicle floats above the track using magnetic levitation. Thanks to the ultra-low aerodynamic drag, it glides at airline speeds for long distances.

Virgin Hyperloop One systems will be built on columns or tunneled below ground to avoid dangerous grade crossings and wildlife. It’s fully autonomous and enclosed, eliminating pilot error and weather hazards. It’s safe and clean, with no direct carbon emissions. The hyperloop vehicle can travel at projected a speed that exceeds 1,000km/hr.

Why should we care?

Mumbaikars and Punekars alike would be over the moon if a 3 hour long journey comes down to under 30 minutes. Practically people travelling within Mumbai take more than 20 minutes to reach to work or for that matter anywhere! Pune’s internal traffic too isn’t that far behind. Also there are people who work in Mumbai and live in Pune and travel to and fro everyday. For them Hyperloop One will be a blessing.

Increasingly, people who are working in Mumbai are buying houses in Pune because the latter is slightly more budget-friendly than the former. The Hyperloop project will directly benefit them. This trend could become more popular resulting into better living standards and lowering the population burden in Mumbai.

The government should analyse the credibility of the project after studying its pros and cons. The pros of the Hyperloop one are very apparent however the budget-friendliness is arguably a deal-breaker. The Mumbai-Pune hyperloop, which could be a 100-150km long project could also cost upwards of $10 billion. This would make it more expensive than the 650km-long bullet train project between Mumbai and Ahmedabad. The project would cost $17 billion.

Hyperloop is an experimental technology which is devoid of any past experiences. This does raise a doubt or two about its worthiness. For a developed country like the U.S.A and a rich country like Dubai such a constraint hardly arises. However, for a country like India with its economic underperformance, the necessity of such a project becomes highly debatable.