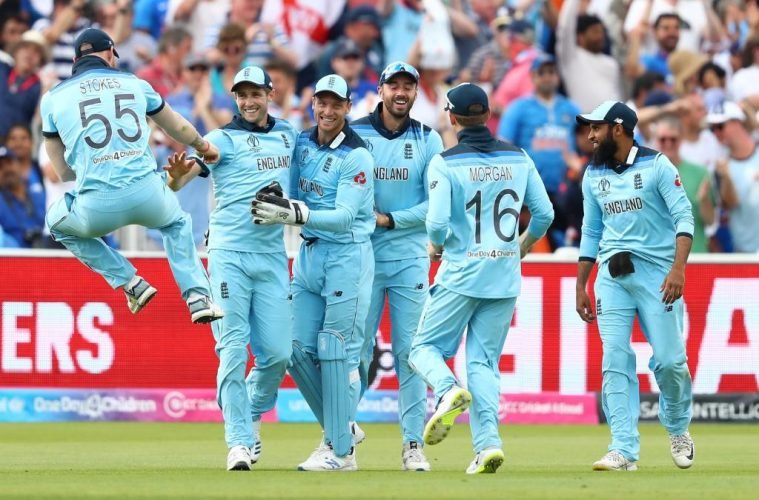 As India walked out at Edgbaston to face England, the whole subcontinent stood up and cheered for them. For a moment, you may have got mesmerized by the kind of crowd support. To see people so united just a day after the fans of two neighboring nations came to blows was heartening. Of course the stakes were high. In addition, three other teams’ hopes for a semi-final spot were pinned on the Men in Blue. Hence, when MS Dhoni and Kedar Jadhav gave up on the chase in the end overs of the match, it disappointed almost 2 billion people across the four countries.

Jonny and Jason provide a splendid start to England 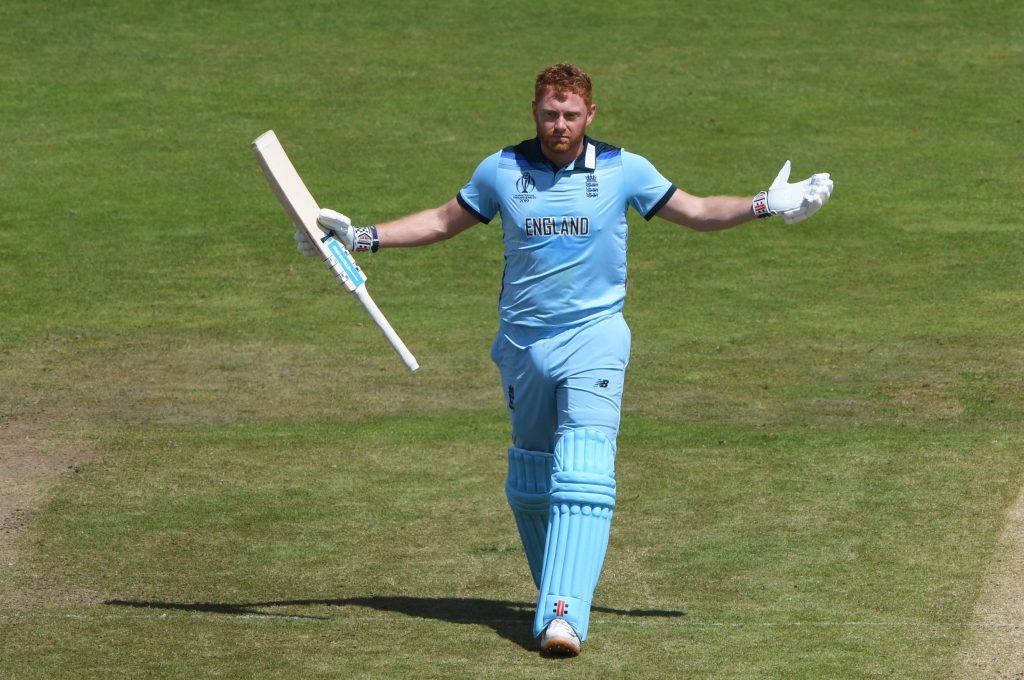 The match began with the hosts England deciding to bat first on a pitch that looked a belter. In the initial overs, Mohammad Shami managed to trouble Jonny Bairstow who held by the edge at Edgbaston. The comeback man Jason Roy gloved one to the wicketkeeper but everyone right from the umpire to the DRS specialist MS Dhoni failed to spot that. England didn’t take any risks with Jasprit Bumrah finishing his fourth over. The plan to not give away early wickets had worked.

Both the openers cashed in with a splendour 160-run partnership. Jason Roy departed after scoring 66 as Ravindra Jadeja who has been picked in the World Cup squad as a fielding specialist honored his duties with a spectacular catch. Jonny Bairstow had an entertaining week earning flak for reacting to all the criticism that poured upon the English side for the consecutive losses. He let the bat do the talking and produced a fantastic ton. The English team that lost to a low-on-confidence Sri Lankan side less than ten days ago were totally dominating India – a team that had remained unbeaten so far in the tournament.

Shami strikes back but Stokes has the final laugh

At 204/1 in 31 overs, England were looking to set India a total of anything in excess of 360. Cometh the hour, cometh the man. Mohammad Shami again stood up in the hour of need as he got the crucial breakthrough of Bairstow who seemed to have suddenly lost touch. In his next over, skipper Morgan was also dismissed as India were right back into the game. However, Ben Stokes had other plans and went all bonkers after spending ample time at the crease.

Not only did he lift England’s total to 337/7 but also went on to smash a quickfire 79 runs from 54 balls. While Shami ended up with a fifer, he was taken away to the cleaners by Stokes and Buttler as he ended up conceding 44 runs in his last three overs. Meanwhile, Jasprit Bumrah conceded just three runs in the last over. England scored 92 runs of the last 10 overs, Bumrah bowled five of them conceding just 26 runs which again proves his dominance with the ball. 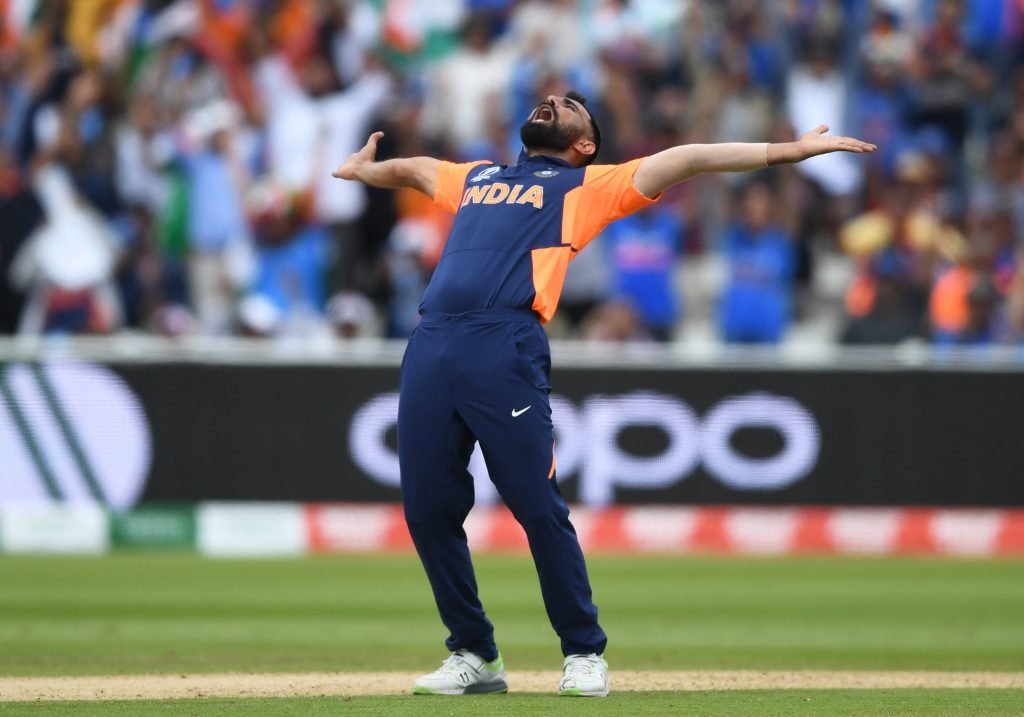 Chasing a total of 338, India needed a stellar start. Instead, Chris Woakes provided his team one as he began the innings with three consecutive maiden overs which included the wicket of KL Rahul in the second over, who’s nine ball duck just made India miss Shikhar Dhawan even more. Rohit Sharma and Virat Kohli tried to not lose any more wickets as India crawled to 31/1 in 11 overs. However once both decided to cut loose, runs started coming at an extraordinary pace.

India had raced to 144/1 in 28 overs, Rohit was batting on 77 while Kohli had completed his fifth consecutive half century. Liam Plunkett then managed to get the big man as the young Rishabh Pant walked out to bat at No.4, in what can only be described as a destined journey. Known for slogging, Pant just blindly went about swinging his bat at everything. Even though he failed to find the middle of the bat for most of his innings, he scored 32(29). 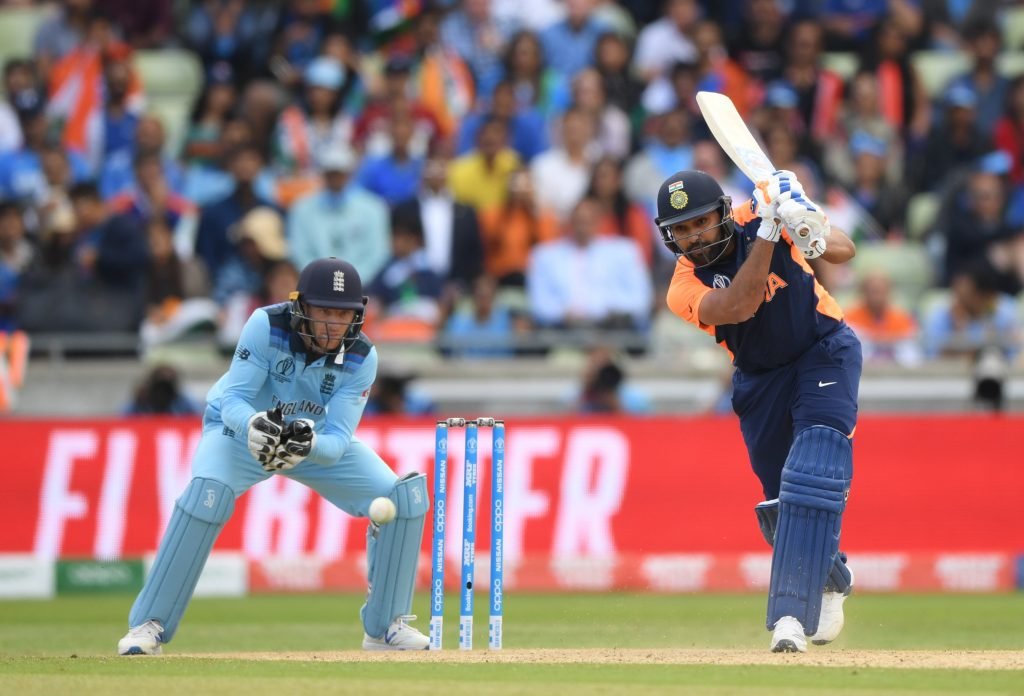 Try Try Till You Succeed? Well Not Really

Hardik Pandya who was looking in good touch suddenly went into a shell and ended up miscuing one to long on. All the eyes again glared at MS Dhoni with glimpses of hope. The man who has been considered the pioneer of finishing in modern day cricket had a difficult task in hands. While no one expected Dhoni to hit 71 runs in the last five overs, it was the absence of intent that was absolutely disappointing.

The fans witnessed a dull show in the middle as both Dhoni and Kedar Jadhav were happy enough to rotate the strike without trying to go for any big hits. The crowd booed as they were totally let down by the lack of determination by both the batsmen. The target was already out of the plate. But there seemed no sincere effort to even try making a game out of it. While Rohit at the press conference felt that it was the surface which slowed down. It seemed more of a camouflage yet another dismal show by the lower order.

England And The Race For Top 4

The win was much needed by England to lift their campaign for the 2019 World Cup. They need to defeat the Black Caps in their last game to seal a spot in the top four. Meanwhile, India have less time to ponder as they face Bangladesh on Tuesday. However the loss may have given them a much needed reality check. If India wants to win the coveted trophy, they will be looking at winning the next 4 matches. This will be similar to 2011 World Cup; where they went on to win four straight games to win the tournament. The only loss being to South Africa then. Can we do it again?

Read some of our other articles related to World Cup 2019, here.