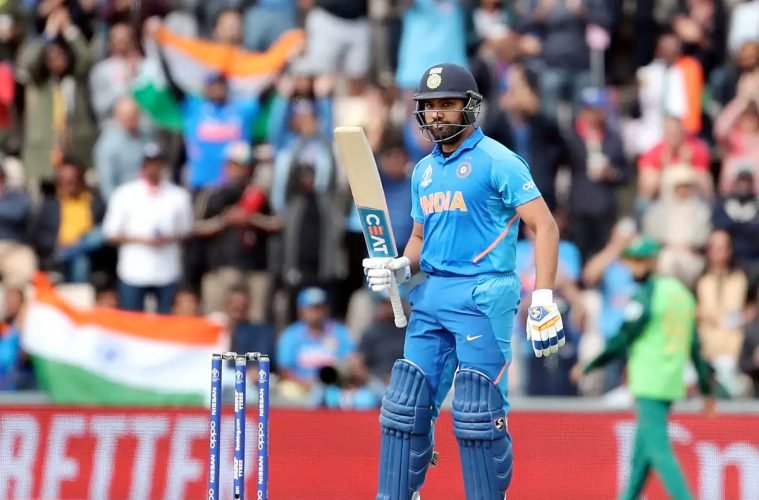 India kickstarted their ICC World Cup campaign with a hard fought win against South Africa who showed great resilience despite posting a low total. Rohit Sharma took the mantle upon himself to take the team through after Yuzvendra Chahal did the damage earlier in the day. The Proteas who won the toss and elected to bat first surprisingly, suffered their third consecutive defeat and now fear an early exit. Virat Kohli was an absolutely happy man as he registered his first World Cup win as a captain.

On what seemed a double faced surface at the start, Jasprit Bumrah extracted some movement from the pitch. Soon enough he had Hashim Amla in his grasp who nicked one to second slip. Bumrah struck again to dismiss Quinton de Kock, who enjoys a great record against India. In his very first ICC World Cup game, the right arm pacer made his intentions clear with a fiery spell. The Proteas were reduced to 24/2 with both their openers back to the pavilion.

Skipper Faf du Plessis and Rassie van der Dussen tried to ease in the pressure as they put a fifty run stand for the third wicket. Just when it seemed the South African were gaining a bit of momentum, Yuzvendra Chahal sprung in with a surprise as he outfoxed both of them in the same over. Kuldeep Yadav followed it up with the wicket of JP Duminy as his team was left reeling at 89/5.

The likes of David Miller and Andile Phehlukwayo revived the Proteas from what could have possibly been a really low total. Later on, some important contributions from the likes of Chris Morris and Kagiso Rabada who put up a 66-run partnership for the eighth wicket, helped South Africa register a total of 228/9 in 50 overs. Bhuvneshwar Kumar who had gone wicketless managed to pick up a couple of wickets in the last over. 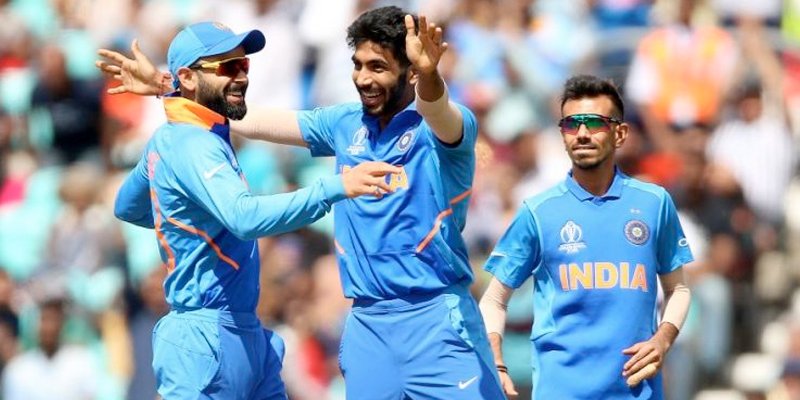 The Indian openers were greeted by leg spinner Imran Tahir in the first over followed by a spell of some really aggressive bowling from Kagiso Rabada. After creating some close chances against both, the Proteas pacer finally got the better of Shikhar Dhawan. Rabada didn’t stop as he welcomed Indian skipper Virat Kohli with a short ball. India played extremely cautious at the start as they were 14/1 in 7 overs.

Rohit Sharma who struggled initially tried to break the shackles as he went after Rabada. However after Andile Phehlukwayo got the important breakthrough of Kohli, leaving India in a spot of bother. As KL Rahul came in to bat at No.4, the Indian vice captain stepped up his game, playing some wonderful shots as he took charge of India’s run chase. 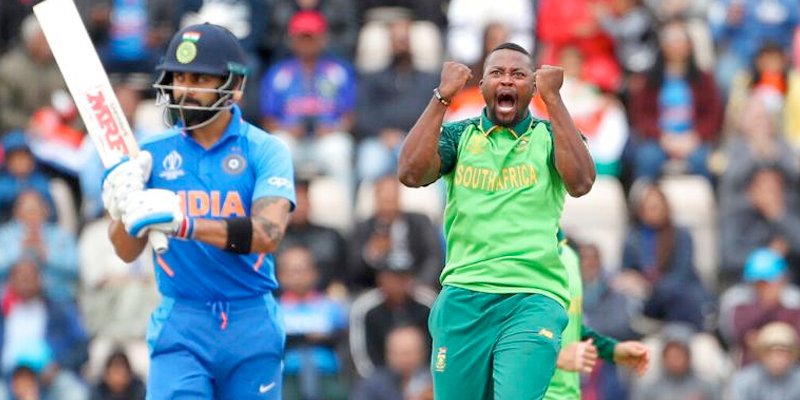 Rohit Sharma Takes The Team Through With A Cautious Innings

While Rahul had a soft dismissal after scoring 26, Rohit continued to play according to the plan. The 32 year old brought up his second century in World Cup as he battled out in the middle. Shouldering the responsibility of batting till the end, the Hitman displayed great perseverance throughout his innings. No wonder it turned out to be his slowest century in ODIs. MS Dhoni kept rotating the strike and was quite composed as India added 74 runs for the fourth wicket.

As for South Africa, everything from dropped chances to marginal decisions to their rotten luck turned against them. David Miller dropping a sitter of Rohit Sharma on Rabada’s bowling just summed up their tournament so far. Both him and Morris had perfectly exploited the conditions pretty well but Rohit’s execution was absolutely spot on. Hardik Pandya hit a four to finish the game as India won the game by six wickets. 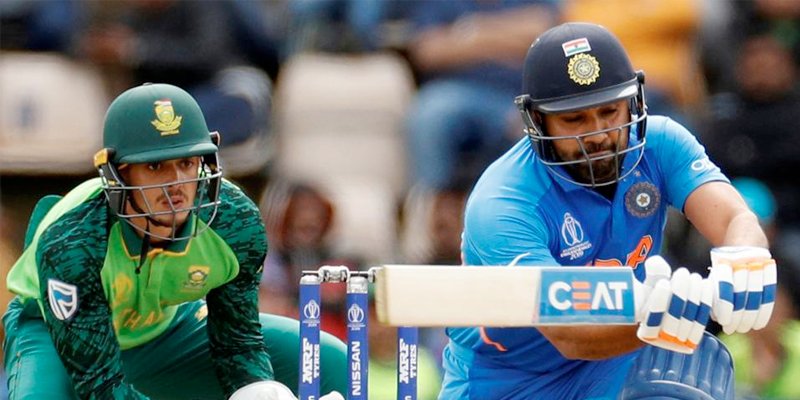 India’s next challenge comes up against defending champions Australia who ended their campaign in the previous edition. Thus, the Men in Blue will have some scores to settle. No doubt, the victory in their first game will give them a heap of confidence. While Chahal had a great start to his first ICC World Cup with a four wicket haul, Rohit Sharma was rewarded the Man of the Match for his match-winning century. Such was the temperament of his innings, that even the Indian opener conceded, “It wasn’t a typical Rohit Sharma knock.“ 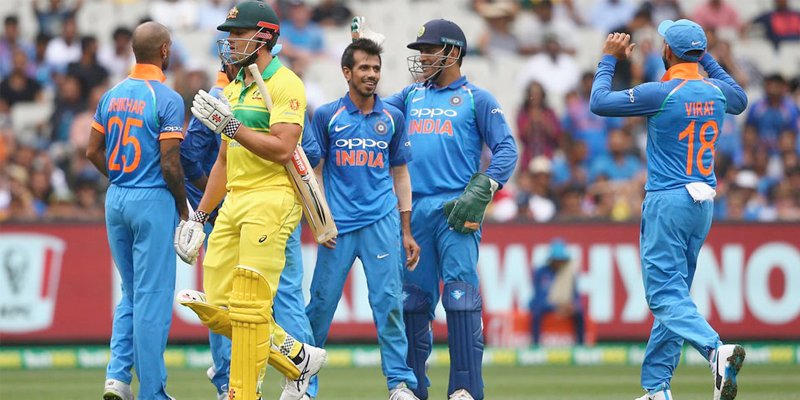