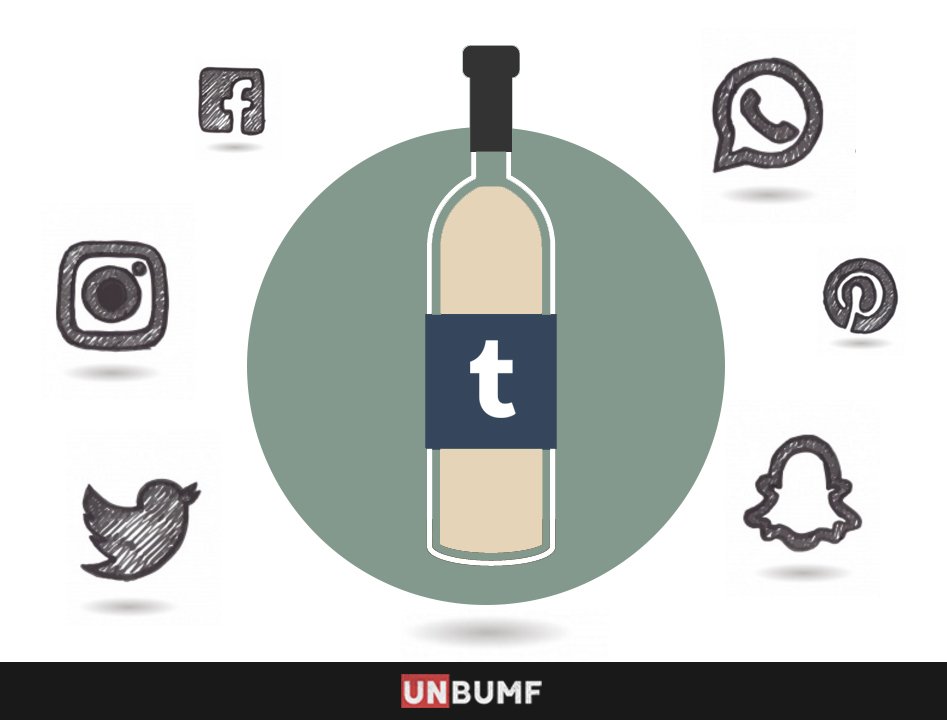 If Social Media Is A Party, Tumblr is Its Alcohol

Did you know that there’s a science side of Tumblr? There is, and it is very logical and very systematic. But don’t worry, today I prove my hypothesis while I am completely in my senses. Here goes:

What if I told you social media is not a tool, not a profession, not a virtual world phenomenon built up of codes and tags? Instead, social media is a party you’ve been invited to.

With the internet access pass, you’ve made inroads. Facebook is the assorted platter of starters served to you the first thing when you step in. Some dishes are spicy, some chewy and some preparations are absolutely undecipherable. You keep scrolling through and realize you might want to play safe and just have a cold drink which is the real-life equivalent of your best friend tagging you in memes: fizzy, but harmless.

Instagram is easily the fancy, gooey dessert, whose name we cannot pronounce right. It is a delight nevertheless. But soon you get exasperated with all the #foodporn.

Twitter is the crispy salad served with the main meal. If you’re lucky, your favorite macaroni salad may be trending today.

A Weblog is the main meal: a potpourri of all cuisines, the platter of all opinions, served with a side of Snapchat, because dinner means awkward conversations and conversations mean show-off.

Tumblr, however, is undoubtedly the alcohol in this party. Well, isn’t it obvious? No one mentions it, and yet we all know they are on it. It’s making you trip and it is bringing legitimacy to your weird demands and dreams, none of which make sense.

When I compare Tumblr to alcohol, I am not referring to the obvious nerve-wrecking and intoxicating impact it has on your mind. (Even though that is true, too!) What I am talking about it the lack of inhibition which is so characteristic of users at Tumblr.

Usernames. There’s a girl-with-a-weird-username, there’s fandomfeelsgonewild. And there’s a whole repository of usernames that could make for a fairly weird conversation: excuseyou, youcalled, the-next-person…it  might never end. Here’s an example of littlebreadstick.

Disclaimer: If you are feel these usernames are weird enough to not possibly have been thought of except under intoxication, then you are right. Tumblr is the tequila shot, or whisky or neat rum- whatever gets you drunk at this party. 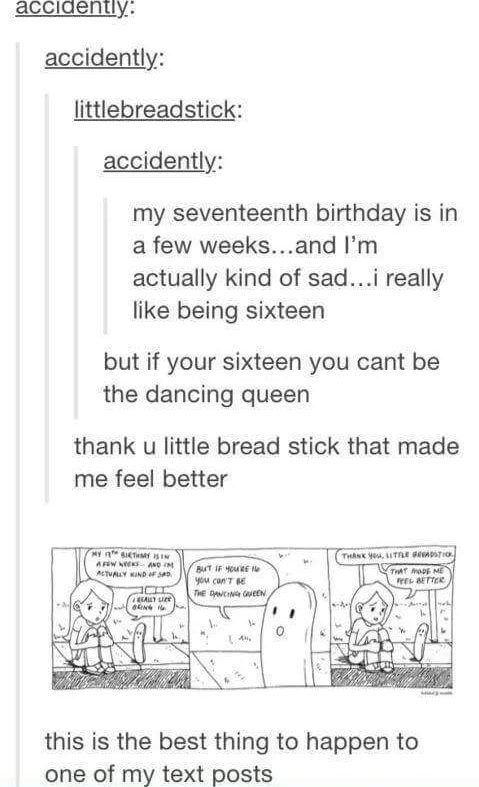 Under the state of inebriation, there’s a fair and obvious unpredictability in the actions of the inebriated. It can swing anywhere from romantic to murderous within a single sentence. But the others are reeling under alcohol too, so the kind of responses you get are innocently ruthless. There’s absolutely no filter on anyone’s thoughts. There is no inhibition in the expression of opinions.

But this does not mean they abandon logic for even a second, mind you. Have a look: 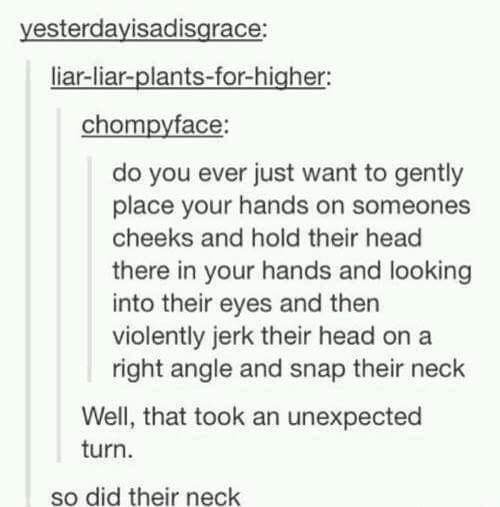 3. Wit shoots beyond the roof

The sarcasm, wit and sass of the responses and the general discourse shoot beyond the roof, all the way into outer space. More often than not, it hits right where it hurts. The surprising part is that parents often exhibit the best variety of sass. All the posts that make you go, “Burn” in real life, have a 90% chance of having originated from Tumblr. 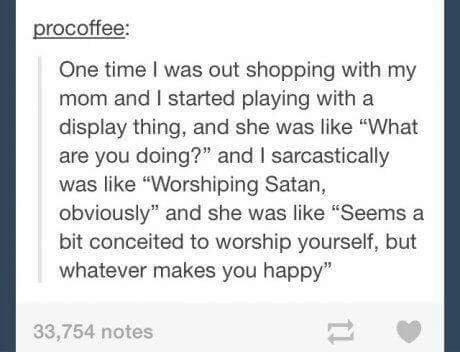 The Tumblr playground is an ungoverned territory and under the inebriation of Tumblr notes and reblogs, there is absolutely no control over where the conversation might end up. After all, it is the alcohol speaking. And obsession is a common trait. 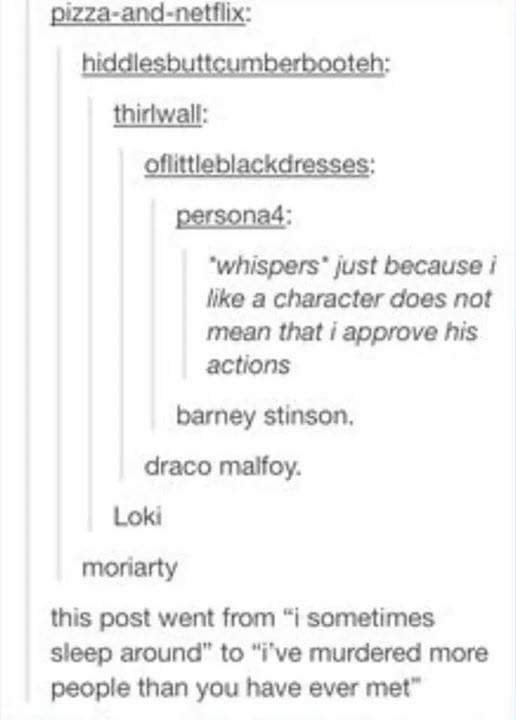 So if I were to ask on Tumblr a way to replenish my unicorn sparkle, I will get many responses. One from an obsessed fan fiction writer, another from a cartography enthusiast who will outline a map to the destination, and another might serve me the recipe to make my own unicorn shit. And, I won’t be surprised when that happens. You know why? Because now I’ve been on Tumblr for more than an hour and I am drunk as hell.