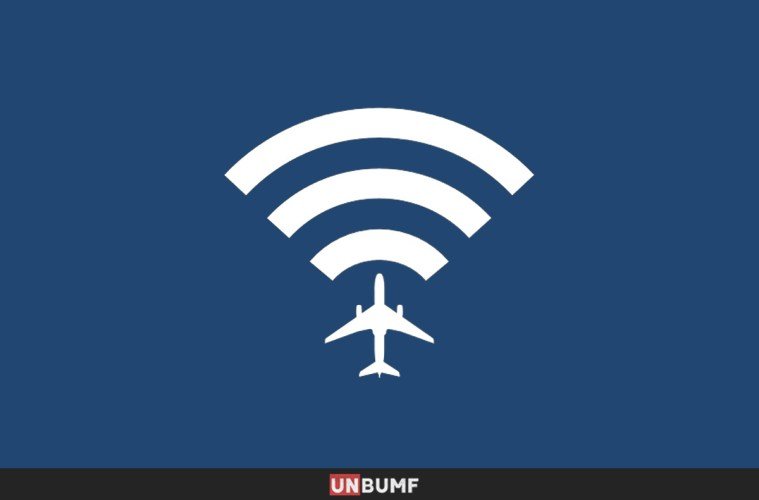 Inflight entertainment has always been an essential part of air travel. Traditionally, this came in the form of magazines, food, drinks or more recent, on-screen audio and video. However, I always felt that my favourite book can be a good entertainment for a short haul flight, an array of options to spend the extensive time on long-haul flights is necessary.

And there I experienced, JetScreen!

The world is gradually becoming a single entity. This trend was bound to penetrate our air travel mediums as well. It indeed has!

However, Jet Airways is the first Indian airline to offer “JetScreen” – its in-flight entertainment stream. I had the opportunity to avail and explore this amazing service recently.

But what exactly is the JetScreen? Let me break it down for you.

JetScreen is a new-age service provided by Jet Airways on almost all of its domestic flights. It allows the passenger to connect to the onboard streaming and watch their favourite movies and shows on their own devices.

JetScreen can now be accessed from the Jet Airways mobile app itself. You don’t have to download the AirTime player separately, which was a requirement before. There were plenty of movies, music and shows to choose from. Since I was travelling to Delhi, I had around two hours of time to explore all the options available on JetScreen.

The service is indeed impressive. They have quite a few options so far as entertainment is concerned. From movies to music to games to TV shows. Regional movies along with Bollywood or Hollywood are included. Music has close to hundred playlists, belonging to varied genres and languages. Movies, albums, bands – you name it and they have them.

Moreover, it also features a kids section (though it has only one movie as of now) and a trailers section for the movie trailers available on JetScreen. This helps you decide which movie you would want to watch on your flight.

While on board, I decided to stream one movie and few shows. The streaming and buffering was seamless. Sound and picture quality were pretty impressive. The best part being that in flight announcements did not interrupt my viewing experience. However, it is advisable to pay attention to the announcements. As my phone did not have a good playlist, I decided to play some music using JetScreen as well.

While streaming movies and shows, I had plenty of options to choose from. From Bollywood and Hollywood movies to English and Hindi shows, you have over hundred options available. The collection will increase for sure, with time. 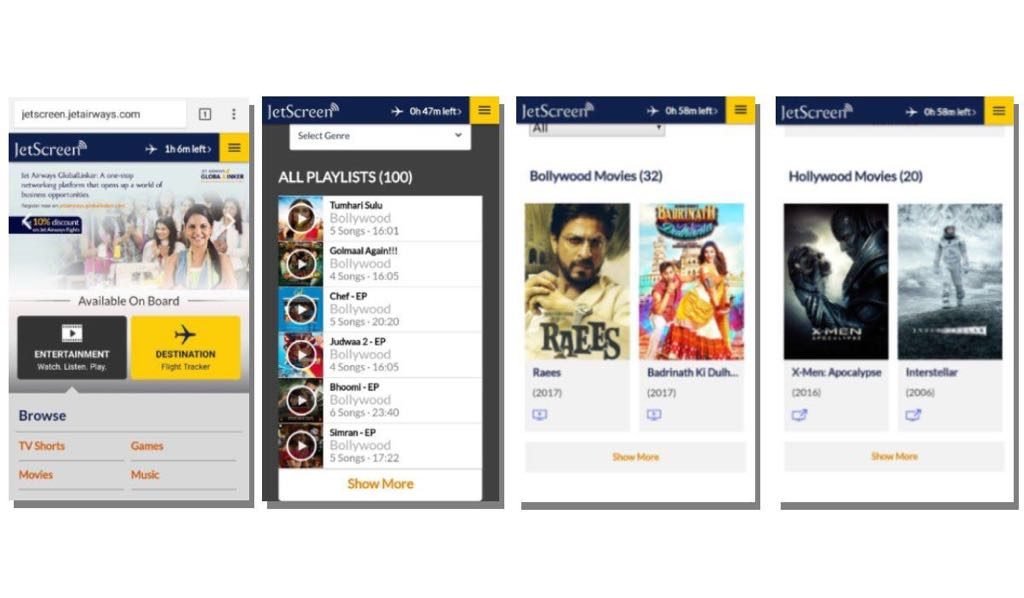 For the first time in India

Jet Airways is the only Indian airline offering this service on domestic flights. The conventional entertainment systems onboard flights has always been hardware driven. The screens have to be fixed into the seats or somewhere in the flight.

These devices are to be individually accessed by the passengers. The available options for entertainment are also well defined and minimal. The entire system is static and pre-loaded into the devices.

But the phenomenon has changed a bit for India. In other markets like USA, Wi-Fi is introduced initially, which allows the passengers to access their mails, social media etc. Streaming is introduced much later.

However, in Jet Airways, streaming has been introduced first with JetScreen. The reason behind this is that by introducing Streaming first, the airlines is helping their guests to get accustomed to in-flight connectivity, so that when Wi-Fi is introduced, the guests are already aware of how it functions.

Its dynamic nature. You don’t need any hardware accessories to tap into the available content. Just a Wi-Fi enabled device, which nowadays, is a universal commodity. Moreover, you can use your own earphones and accessories to stream a seemingly unlimited repository of content.

JetScreen- Say hello to the future!

All things considered, the JetScreen is indeed a feature to look forward to in the near future. With good movies’ collection, playlists and sound quality, in-flight entertainment on Jet Airways domestic flights is quite impressive.

There is not much to offer in the game section, but well, with so many movies and shows option, I doubt you would want to play solitaire on board.

Yet, the JetScreen is a major step towards onboard connectivity, for the domestic airlines that is! Jet Airways is the only airline in India offering in-flight streaming on domestic flights. The day is not far when the passengers will be having a direct access to the whole world wide web thanks to Jet Airways futuristic approach.

So boring flights, say no more! Jet Airways has the perfect plan for you by giving you streaming access while you are flying in the sky.

With scrumptious food and entertainment, Jet Airways is definitely securing a top place in my list of preferred airlines.