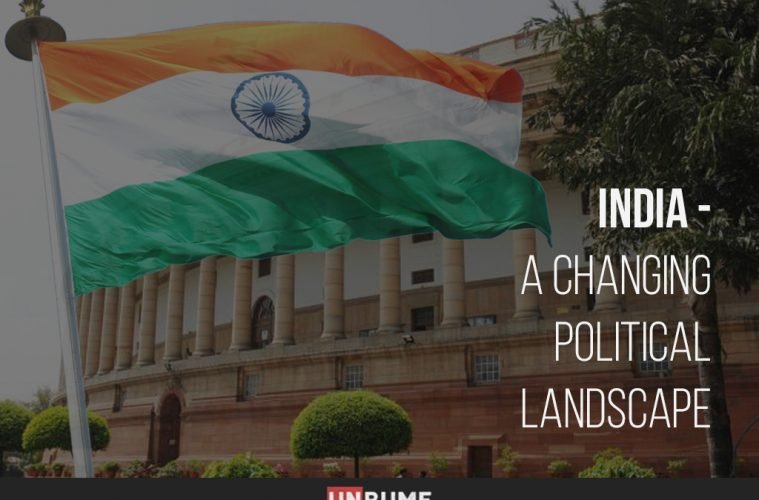 On 5th of September 2017, shots rang out in suburban Bangalore. On the receiving end of those shots was Gauri Lankesh. A journalist who was notably forthright against the present ruling government. Also a rare example of a person advocating inclusion of Maoist insurgents into the mainstream political process. She succumbed to the wounds and died instantly. There was a huge public outcry in its aftermath. Then suddenly the entire situation became a textbook study on how India has changed completely in its political life. Also, how far we have veered away and to some extent fanatically adhered to certain ideals of our founding fathers. 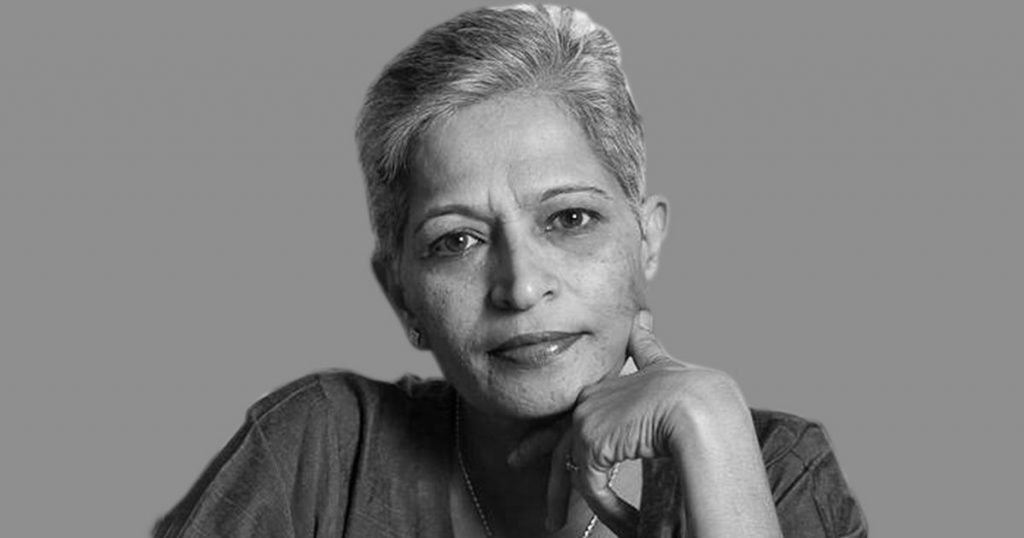 On one hand there was the entire opposition up in arms. The claims that the incident was an assassination and not a murder is echoing across the political opposition. The opposition is accusing the ruling party of harbouring and supporting certain rogue groups that are major suspects in this gruesome murder. These groups are also the suspects of creating an environment of insecurity akin to those in countries with totalitarian regimes like Islamic Republic of Iran or Democratic People’s Republic of Korea. Public dissent there is punishable by death or even worse.

The ruling party on the contrary is blaming the extreme left Maoist insurgents for this hit. It cited the expired journalist’s link to and consistent threat to her life from them. It went down to the basic question as to why Lankesh was not provided police security by the state government when such a credible threat existed. This almost hinted that the innocent ruling party and its ideological demagogues were being pulled into some sort of a conspiracy theory by the frustrated opposition. Thus pulling them in taters due to recent fractures in the promised coalitions and an absolutely pitiful leadership.

In this entire narrative it is not just the blame game going around by all political parties across the spectrum. But also the ever present polarization that has developed in such a stark manner in our country. The Indian National Congress, once with a pan-India appeal, is now resorting to claiming the support of minority groups. The same groups that it had marginalized with its constant barrage of statements and propaganda, earlier. Thus claiming a sort of a communal civil war, that is in progress in this country.

On the other hand, the ruling party blatantly refuses to recognize this new reality. Thus, fanning the fire even more. Polarization may help the opposition to secure the minority votes, but in the hindsight they have forgotten the fact that by doing so they are automatically isolating themselves from the vast majority of the population which will veer towards the ruling nationalist party.

It seems that, India, usually a country which fights against the changes in international political scenarios seems to be leading it now. An internationalist country, with its values strongly entrenched in the hindu way of secularism and inclusiveness, is spearheading a movement of hyper nationalism and cultural chauvinism. Or so it seems.

The penetration of economic prosperity, mass media and ideas of a majority long oppressed by a minority has taken such strong roots in this country, it seems almost unrecognizable from what it used to be just at the dawn of this century. It was the same party at helm of this country, an equally charismatic and powerful Prime Minister as is now. The sheer force of these two men, Atal Behari Vajpayee and Narendra Modi is almost awe inspiring as to how they seem to unite the nation under a nationalistic banner. The Kargil war in 1999 and the attack in the military installation in Uri, Jammu & Kashmir raised vitriol and nationalistic fervor unparallel in the history of our young nation. But at the same time the two leaders responded with quick reaction which had two very different results.

Vajpayee’s response in Kargil raised the expectation on his regime to such an extent that when the Parliament was attacked my Pakistan based militants in 2001, the riled up public was aching for open nuclear warfare with the rogue nation in the west. The enemy had defiled the temple of Indian democracy amd Vajypayee ji responded by inviting the Pakistani dictator Parvez Mushharaf to the negotiating table. This was rewarded with electoral trouncing of the NDA coalition in the 2004 assembly election. Modi however, knows his game plan. 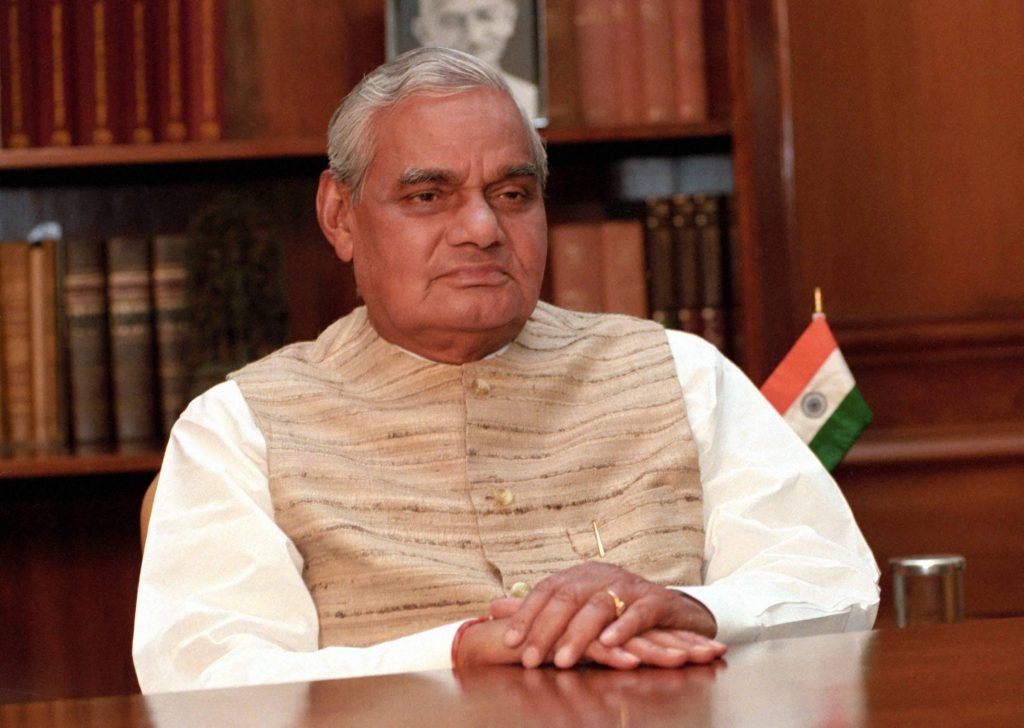 The surgical strike carried out in illegally held Kashmir by Pakistan sent a message to the international community. The policy of strategic patience with Pakistan is over. But this also brought together a country torn by sectarian and religious conflict only temporarily. India suddenly became a hotbed of casteist, religious and even ethnic violence. The media seemed to be pumping news of a minority member being lynched, a woman from a disadvantaged community being stripped off her dignity, journalists being shot dead or jailed for their opinions. Insurgencies, long resolved, suddenly coming to a fore. It was almost as if our country was breaking apart.

The economic aspirations of a common man in our country seemed to be smashed by the sudden demonetization of the Rs. 500 and Rs. 1000 bills. Industries became cash strapped to pay the daily wage labourers. Interstate business and transportation seemed to have come to a standstill. But again, it was for the greater good of the nation. Tens of millions of urban Indians, lined up diligently to exchange their now defunct cash for hours at ends for this noble cause.

Suddenly, all the troubles, all the strife went away from the public eye. The country stood behind the man who was being branded as a dividing force in the country. The case here being unlike any other in the history of the Indian Subcontinent. Instead of sticking to their ethnicities, religion or community, the country was willing to stand behind a man. This was irrespective of his ideology and irrespective of the history of the party he stands for.

The answer for this is as simple as it was paradoxical. The left narrative had failed terribly. The social democratic utopia dreamt by the Khruschev-Nehru in 1960’s had vanished in the economic gutters of the late 1980’s. Also, India’s foreign policy had met an abysmal failure in its immediate neighborhood. The Tamil Tigers were still strong, and Pakistan was carrying its nukes. The politicians were winning elections in Nepal riding on Anti -India sentiments, the Farakka Barrage. Illegal immigration and the exclaves with Bangladesh were ever present. And we had no say in the mess that Afghanistan had become by the mid 90’s.

Things have changed in ways seen before in our history. Victory of the party in the Centre in majority of state assembly elections has granted Modi the centralized, consolidated power veer the entire nation to his will. Aggressive international and diplomatic projections furthers his cause as the strongman who rules the destiny of his country. Modi is not the likes of Erdogan and Trump. Unlike them he is not focusing on the existing fault lines in the country for political gain. He ignores those fault lines deliberately. He lets them sizzle to a point where it is to his advantage while quietly working in broader national interest.

No one knows what the future holds, but 2019 belongs to Mr. Narendra Modi.