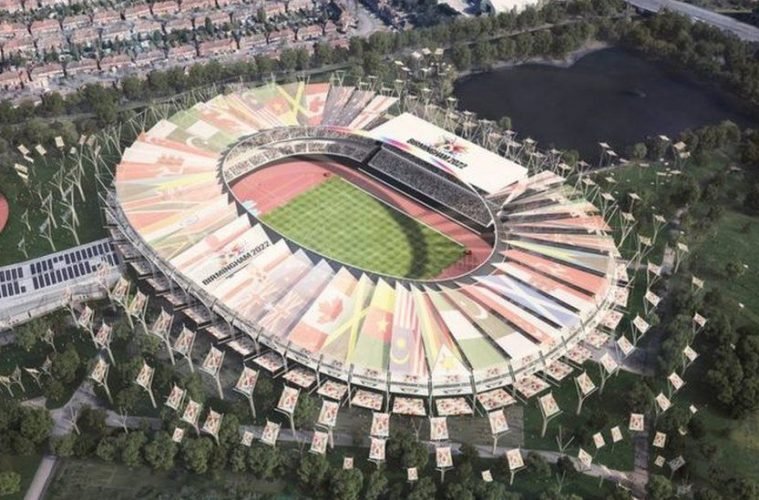 Should India Boycott Or Negotiate A Stand In Commonwealth Games 2022?

The Commonwealth Games to be held in Birmingham (England) in July 2022 are less than three years away. For a sportsperson competing in such a high-profile multi sport event, every moment of preparation counts. Yet, the Birmingham Commonwealth Games have not featured in recent news for any athlete’s rigorous regimen. Rather, the event has been marred by controversy that has engulfed many participating countries in its fold.

Interestingly, the Indian Olympic Association finds itself at the heart of the debate surrounding the exclusion of shooting events from the Birmingham Games. Let us try to understand the Commonwealth and the Commonwealth Games before taking a closer look at the controversy itself.

What are Commonwealth Games?

The Commonwealth (previously called the ‘British Commonwealth of Nations’) is an association of 53 nations. Most of the countries of The Commonwealth are previous territories of the British Empire. It was way back in 1926 when Britain and its territories adopted the term ‘Commonwealth’. Post World War II, Britain’s control on its dominions declined and many constituent nations turned to self-governance. Throughout its history, the Commonwealth has witnessed a host of changes in its memberships, laws, and objectives.

The birth of the Commonwealth Games (the 1930 ‘British Empire Games) has its roots in a mild protest against the 1928 Olympics. The Canadian contingent was unhappy on account of favoritism shown towards Germany and USA. The unfair treatment to Canadians incensed a Canadian sportswriter, Melville Marks (Bobby) Robinson (image below), to this extent that he decided to launch the British Empire Games. 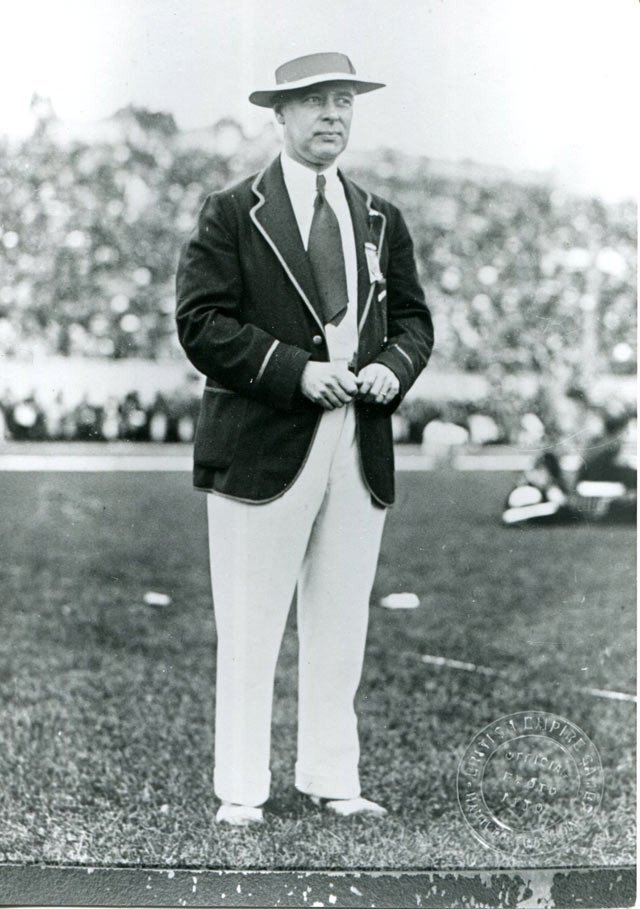 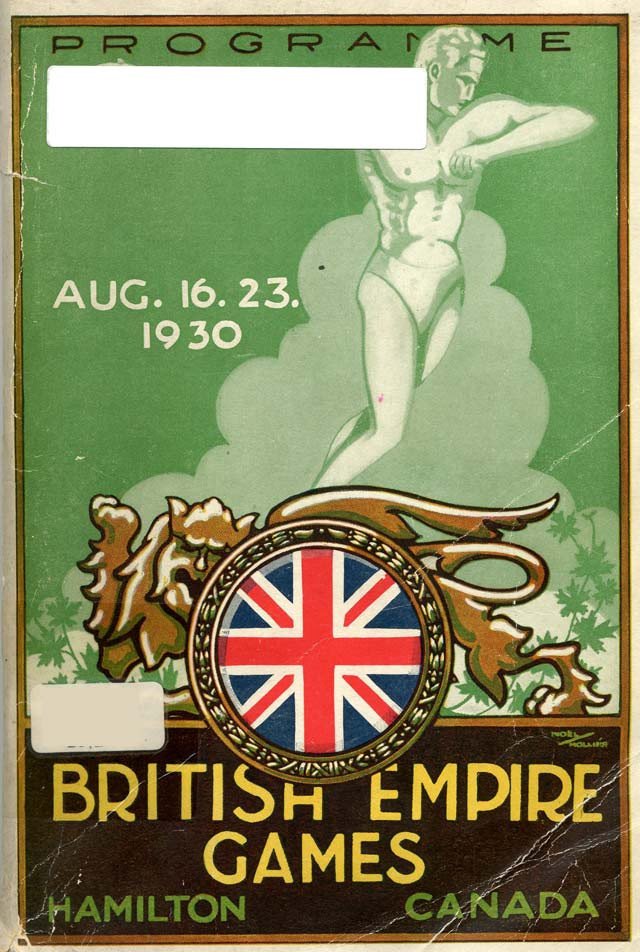 India’s Performance at the Commonwealth Games

Of all the Commonwealth nations’ combined population of 2.4 billion people, India is home to more than 1.26 billion people. It has been a consistent participant in the games since its inclusion in the games since 1938. In 1938, Rashid Anwar bagged the first Indian Commonwealth medal (a bronze) for wrestling. However, India gave a miss to the event in 1950, 1962 (owing to war with China) and 1986 (owing to Britain’s unwillingness to impose apartheid-related sanctions on South Africa).

Considering the combined tally of medals throughout the CWG’s history, India ranks a healthy 4th among all the participant nations. Its most successful outing was the 2010 Delhi edition in which India bagged a whopping 101 medals. In the most recent games of 2018 (Gold Coast), India earned a respectable 3rd rank with a tally of 66 medals. 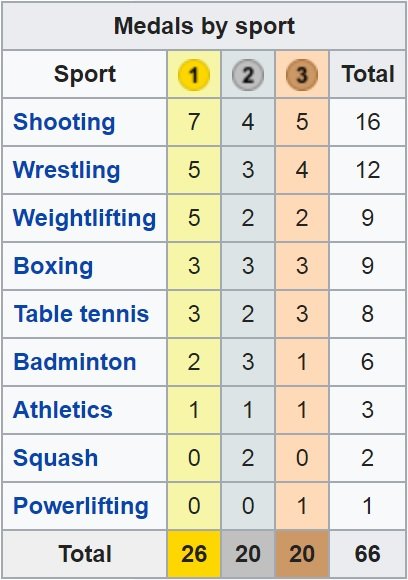 The 2022 Games are already wrapped with controversy. In September 2015, the Commonwealth Games Federation picked Durban (South Africa) as the host for the 2022 edition. It would have been the first time that the event was to be hosted in the African continent. But in March 2017, David Grevemberg, the Chief Executive of the Commonwealth Games Federation (CGF) said that Durban did not meet CGF’s criteria owing to financial constraints. In March 2017, the CWG confirmed Birmingham (England) as the host for the 2022 Commonwealth Games.

The latest controversy engulfing the 2022 event is the exclusion of Shooting. The Indian Olympic Association (IOA) has cited this as a form of unfair treatment. It was expecting a horde of medals in Shooting. This has led the IOA to consider boycotting the Commonwealth Games permanently.

The Commonwealth Games Federation divided its approved sports into three parts: core sports, optional sports and recognized sports (which require further development before they become eligible for a CWG event). A host city has to compulsorily include all the sports from the core category (aquatics, athletics, badminton, boxing, hockey, lawnbowls, netball, rugby, squash and weightlifting). Additionally, it can include an additional seven sports from the optional category.

Every CWG event since 1960 has featured shooting (except Edinburgh in 1970). India has performed particularly well in the Shooting disciplines. With 63 gold medals, it ranks only behind Australia (70 gold medals) in the overall tally throughout the history of the Games.

Citing unavailability of Shooting facilities, the Birmingham 2022 Games’ organizes dropped Shooting from its list of hosted sports. Ian Reid, the Chief Executive of Birmingham 2022, confirmed the snub to Shooting in January 2018. The organizing committee considered hosting Shooting events at Bisley, 130 miles away from Birmingham. But the remote location proved to be inadequately beneficial to West Midlands, the region from where most of the funding originated for the Games. Talks between the International Shooting Sport Federation (ISSF) and CWF regarding inclusion of merely two Shooting events at Birmingham were rejected by ISSF.

The first Indian voice of dissent regarding the Birmingham Games came from Jaspal Rana, himself a multiple CWG medals winner and a four-time Asian Games gold medalist. Now donning the hat of India’s junior Shooting team coach, Rana appealed for an Indian boycott of the Birmingham Games back in March 2018. 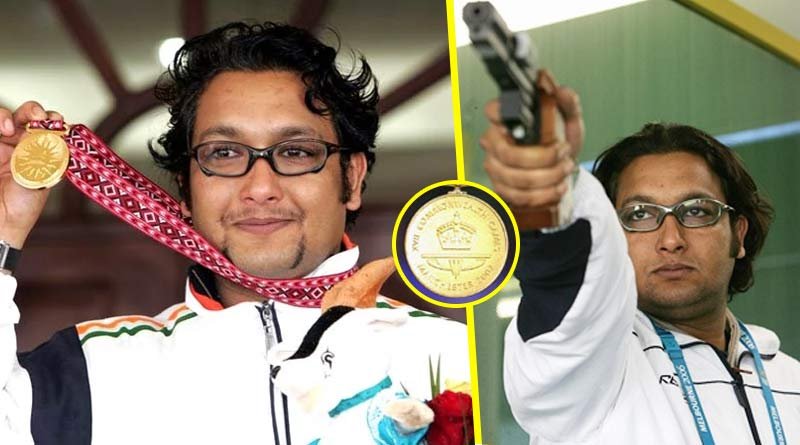 Rana found a strong supporter in Raninder Singh, the President of the National Rifle Association of India (NRAI). In April 2018, Singh urged the Government to boycott the Games in entirety. At that time, the Indian Olympics Association (IOA) chief, Narendra Batra, had dismissed the idea of boycott as “far fetched”.

However, Batra has changed his stance since then. In a letter (made public in July 2019) to Union Minister of Sports, Kiren Rijiju, the IOA has indicated “its intention to most probably not participate in the 2022 Commonwealth Games in UK due to non inclusion of Shooting”. As per IOA’s contention, India’s medal tally will likely suffer. As a result, its standing in CWG will worsen from 3rd in 2018 to anywhere between 5th and 8th in 2022. 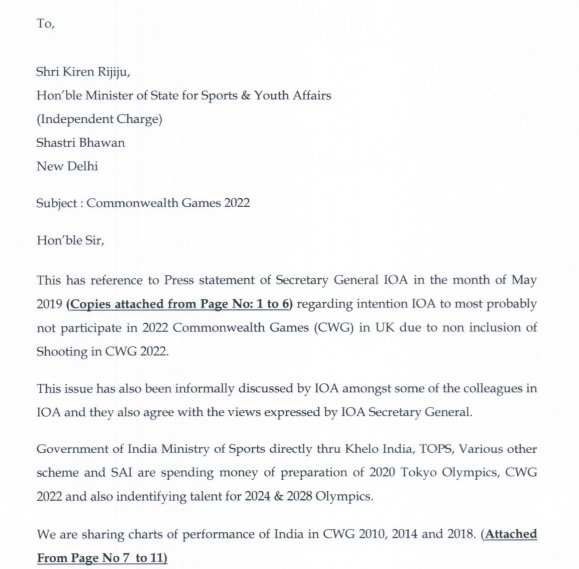 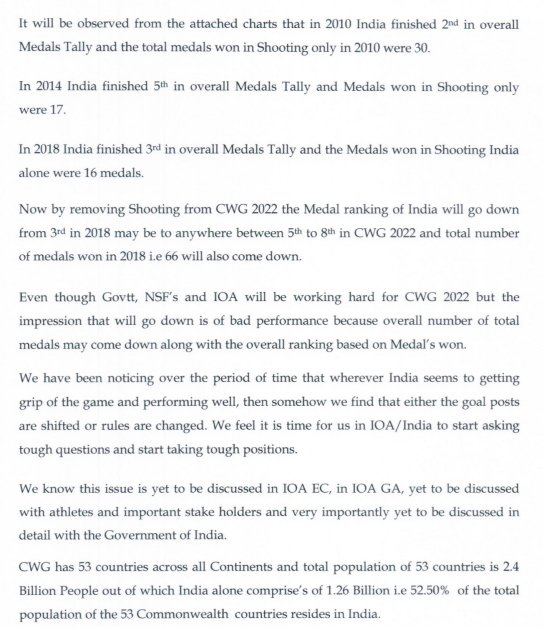 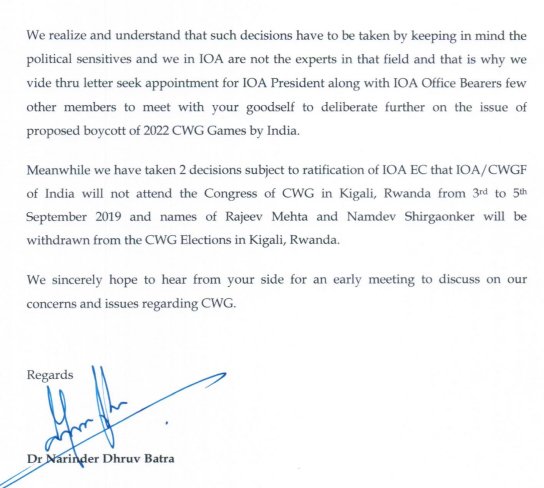 The IOA President has stepped up his criticism of the Commonwealth Games. He has contended that India should permanently pull out of these Games as they “have no standard” and are a “waste of time and money”. He has also criticized the Commonwealth Games as a 70- to 100-medal at the CWG translated to a mere two medals at the Olympics.

Given the scale of multi-sport multi-nation events and the visibility that they offer, there have been many instances of countries boycotting these events. The protests have had varied reasons ranging from geopolitical issues, wars, racial discrimination and allegations of unfair sporting behavior.

However, India’s only individual Olympic gold medalist, Abhinav Bindra, has expressed a contrarian view to calls for boycotting the event. Through his Twitter handle, Bindra suggested that, “Boycotts don’t win influence. They just make you irrelevant and punish other athletes.” His advice for IOA was to strive for its members to get into CWG committees and push for Shooting’s inclusion in the core category.

Bindra’s sentiment was echoed by 2012 London Olympics Bronze medalist Gagan Narang. In an interview to The Times of India, Narang said that boycotting will merely cause the athletes to be denied of records and nation to be denied of glory.

The IOA’s admission of the absence of Indians in CWG’s Executive Council or functional committees reeks of inept representation. Understanding that Shooting is an Indian forte, it should never have been allowed to be pushed out of the brink of core sports. However, there was no hue and cry from the Indian administrators when the CWF sidestepped Shooting back in 2007. It could do well to take a leaf out of the BCCI’s administration book which has held a dominating role in world cricket.

The unavailability of infrastructure at Birmingham might just be an excuse. But the fact remains that England will be hesitant to include an event in which the home team performs poorly and is neither a crowd puller. Besides, the Birmingham 2022 administrators are playing by the book and are not obliged to include Shooting.

The IOA Chief has stated that the level of competition at CWG is not high enough. This statement sounds like a case of sour grapes. True that India’s achievements in Shooting are laudable. Yet, athletes from other disciplines are not served medals on a platter. It is only by bringing their years of training into practice that they can compete at the International level. India has not finished at the top of the table in every sport. For example, the men’s basketball team finished eighth in their event at the 2018 Gold Coast Games. Thus, calling an entire multi sport event below one’s sporting ability is ironically as unsportsmanlike as it could get.

Sporting events are a goldmine when it comes to discovering talent. Ask Dipa Karmakar who broke into limelight with a bronze at the 2014 Glasgow Commonwealth Games. Though an Olympics medal eluded her, Karmakar is today synonymous in India with the Produnova vault.

Ask table tennis players Manika Batra and Mouma Das whether the Commonwealth Games competition is pale. The Indian women’s table tennis team returned with a hard earned Gold from Gold Coast. It was the first time that the Singapore women’s team faced defeat since the sport’s introduction in Commonwealth Games since 2002. The veteran Mouma Das had a particularly memorable third Commonwealth appearance. She progressed from a Bronze in 2006, a Silver in 2010 and a Gold in 2018 Games. 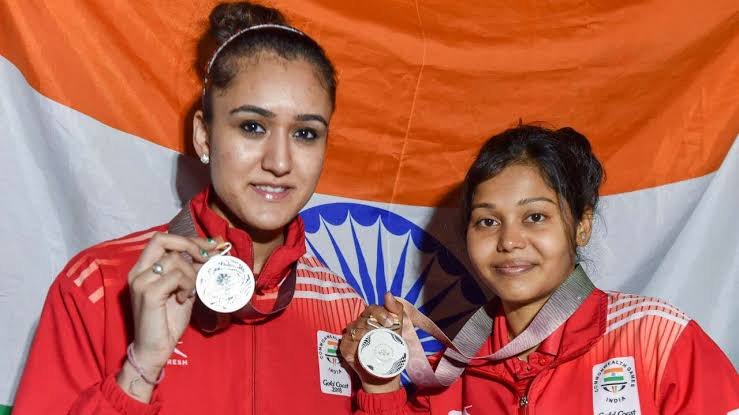 Defending athletes’ interest is no doubt the duty of the IOA. But skipping the Games altogether will be an unfair disadvantage to other sportspersons. Spare a thought for the women’s Indian cricket team. They have a golden chance to take on England to whom they lost in the World T20 Semi Final in 2018.

All in all, barring the Asian Games and World Championships, Indian athletes have a dearth of opportunities available for quality International competition. Multi-nation events give athletes a unique chance to mingle with other athletes, test themselves in unfamiliar conditions and lock horns with proven competitors. The inability to convert Commonwealth medals into Olympics medals cannot be overcome by missing the Commonwealth Games.