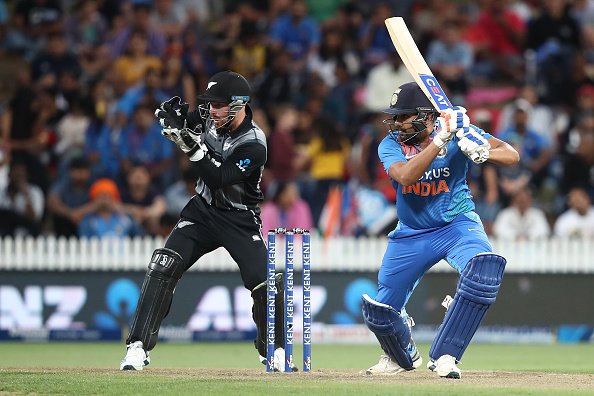 After two consecutive losses, New Zealand finally displayed their mettle at Seddon Park in Hamilton. However in the end, it all came down to the Super Over and the Black Caps who surely hate it by now went down in a nail-biting finish. Rohit Sharma went all berserk as India managed to win a thriller. Earlier it was Mohammed Shami who managed to keep his nerves after the hosts were just a couple of runs away from their first victory in the series. With the win, India have now sealed the series as they lead 3 nil.

Rohit-Rahul launch themselves against the NZ pace attack 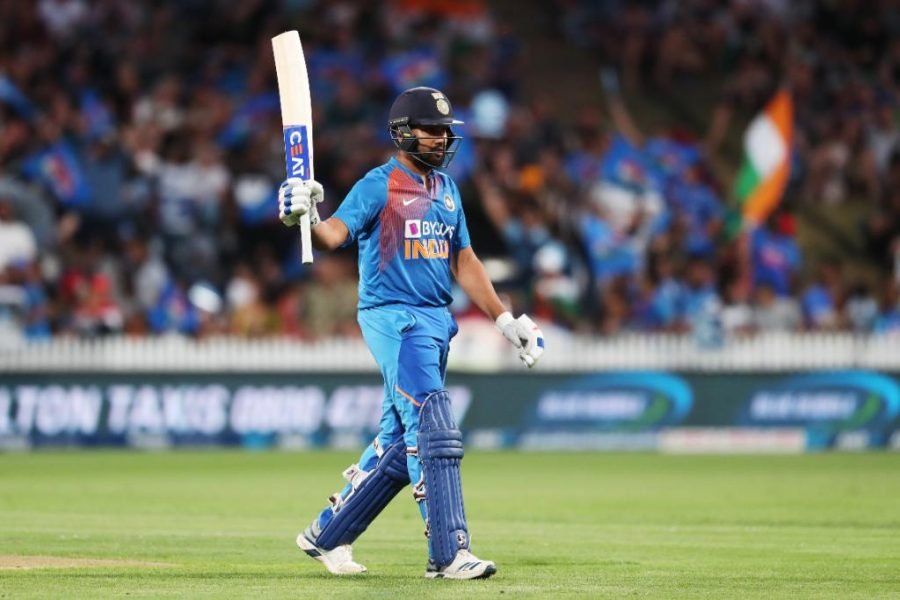 With India put to bat first again in the third ODI, both the openers KL Rahul and Rohit Sharma were off to a flying start. Rahul began his onslaught with a fantastic upper cut in the second over that went for a maximum. The opener who has been on song made his intentions clear with some quick runs. Rohit who showed restraint in the first few overs launched himself against Hamish Bennett. He played his trademark pull-shot for a six followed by a lofted drive over long-off for another big one. He followed it up with a couple of boundaries before depositing another one in the stands.

The Indian opener hit 26 runs in just five balls to reach his half-century. He also became the fastest opener to cross the 10k runs mark in international cricket taking just 215 innings and breaking the Master Blaster’s record of 219 innings. The Men in Blue put up 69 runs in the powerplay overs without losing a single wicket. Both batsmen put up an opening partnership of 89 runs from just 54 balls. With such a scintillating start, a total of around 200 was always there for the taking.

The hosts script a spectacular comeback 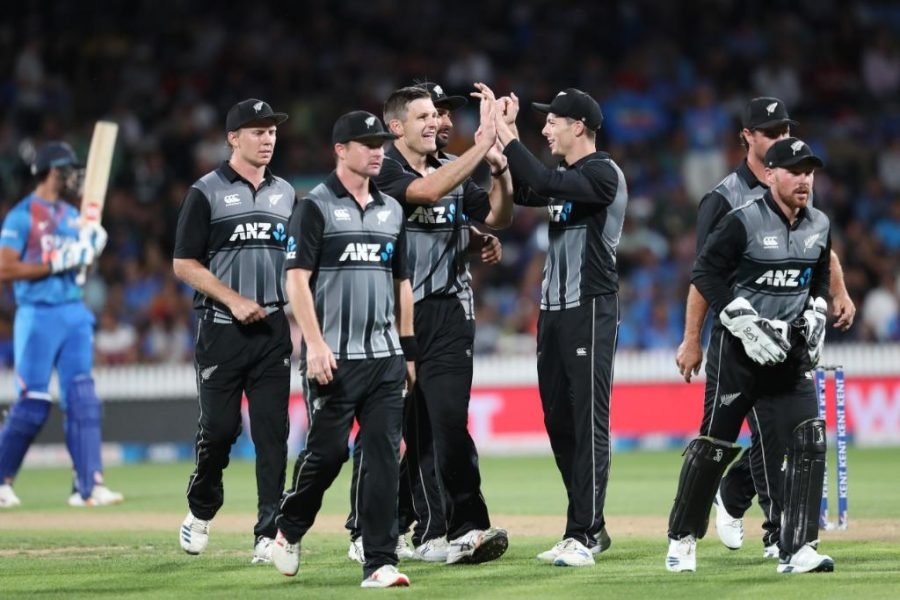 As KL Rahul walked back to the pavilion, the Indian team management sprung in a surprise as Shivam Dube walked out to bat at No.3 with Rohit at the crease. However, the move didn’t quite work in India’s favour as he began with some dot balls. Bennett got his revenge as he deceived Rohit with a knuckle ball as Tim Southee took a comfortable catch at long-on. Dube who was always struggling to get going was dismissed cheaply as India went from 89/0 in 8.5 overs to 99/3 after 12 overs.

Having applied the brakes into the Indian innings, the hosts were on top. While skipper Virat Kohli decided to break the shackles against Mitchell Santner, Ish Sodhi conceded just four runs in the 16th over. Santner was again taken away to the cleaners by Iyer before having the last laugh as Iyer was stumped. Bennett accounted for another wicket in the penultimate over as Kohli got out for 38 (27). A couple of sixes in the last over from the bat of Manish Pandey and Ravindra Jadeja steered the target to 180 for New Zealand. 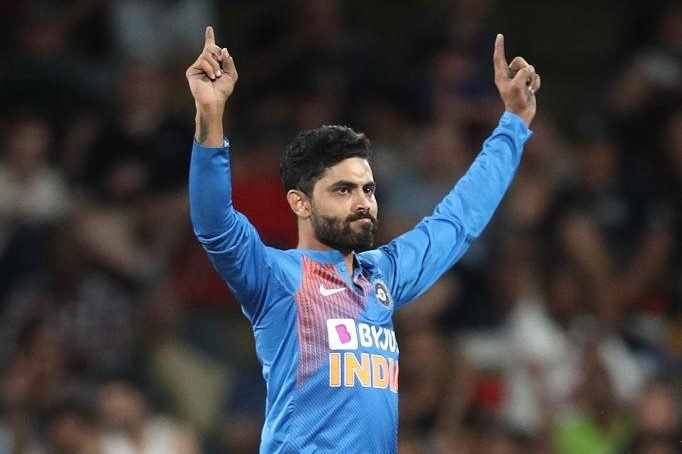 30 (19) in the first T20I, 33 (20) in the second and 31 (21) today. Martin Guptill continued to give blistering starts to the Kiwis. The opener again got off the mark with a maximum of Shardul Thakur in the second ball. He went a step ahead and deposited India’s best bowler, Jasprit Bumrah into the stands twice in an over. New Zealand raced to 51 runs within the power play overs. Colin Munro who played second fiddle failed to replicate his performance from the last game as he scored a slow 14 (16).

The Black Caps had Mitchell Santner coming in early so that he could go all-out against the Indian bowlers. However, the ploy didn’t quite work out as Yuzvendra Chahal bowled him out. On the other hand, Ravindra Jadeja was absolutely economical with the ball. The left-arm orthodox conceded just nine runs in his first three overs as India gained momentum. It was skipper Kane Williamson leading from the front as he led the runchase for New Zealand.

51/1 after the opening 6 overs of the chase. Guptill out for 31 in the 6th. Munro and Williamson in the middle. LIVE scoring | https://t.co/EC8WVq1dU6 #NZvIND pic.twitter.com/PFZWDzNokb

Down To The Wire 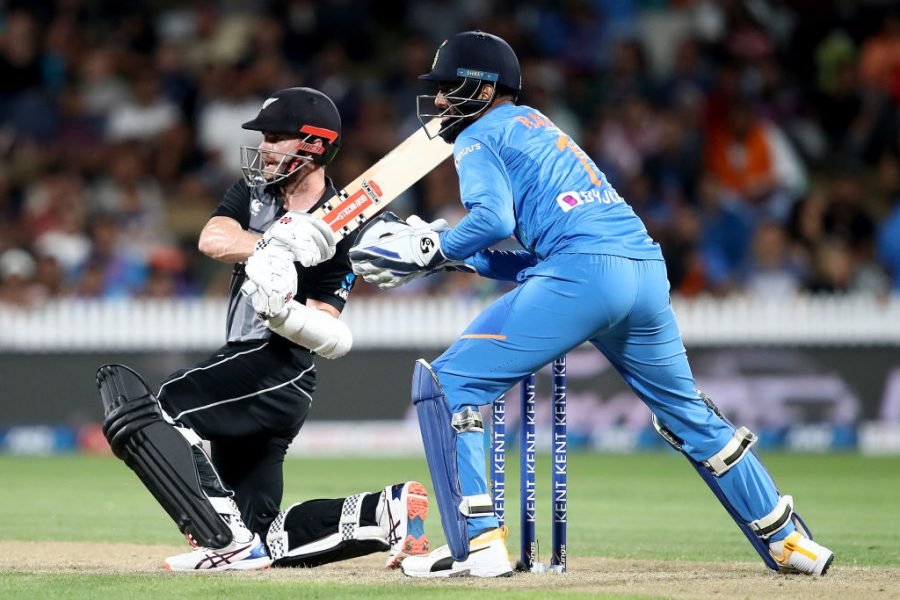 The New Zealand captain went after Yuzvendra Chahal and Mohammed Shami as he played a lone hand for the hosts. While Colin de Grandhomme tried to extend his stay at the crease, Williamson wasn’t willing to stop as he slammed Jadeja for consecutive sixes to bring down the equation to 52 runs needed from the last five overs. It was the 16th over where Kane displayed his aura as he hit Bumrah for three consecutive boundaries. With 29 off the last three overs, Chahal bowled a decent over giving away just nine runs.

Last two overs, Bumrah and Shami left to bowl, all eyes were again on India’s best bowler. However, it wasn’t his day as both the batsmen hit boundaries off Bumrah to make it 9 off the final over. Ross Taylor dispatched the first ball for a maximum as the hosts inched closer to victory with just two runs required of the last four balls. Shami first got rid of Williamson and bowled beautifully to ensure just one run off the next two balls. Taylor ended up playing the final ball onto his stumps as the match went down to the super over.

Form was with Shami reputation with Bumrah #NZvIND #Superover

Shami defended 2 runs of 4 deliveries and didn't get the Super over.#NeverForget

Rohit Sharma finishes off in style in the Super Over

Despite going for 45 runs in his four-over quota, skipper Kohli displayed his confidence on Bumrah to bowl the Super Over. He was off to a good start with two singles before Williamson hit him for a six and a boundary. Taylor finished it off with a four as India were set a target of 18. Both the Indian openers were set with a huge task as Tim Southee began well. With ten runs needed off the last two balls, Rohit Sharma finished it off in style with consecutive sixes as India won the game.

With this, India also scripted their first ever T20I series win in New Zealand. Rohit who was the standout performer for the Men in Blue in both phases of the Indian innings was awarded the Man of the Match. His respone? ‘Never done that before. I hadn’t got runs in the first two ganes, wanted to do well today’. Well, he certainly did a lot better didn’t he? With the fate of the series sealed, it will be interesting to see if India make any changes in the upcoming games.

Find our previous articles on the first two matches in the series, here.