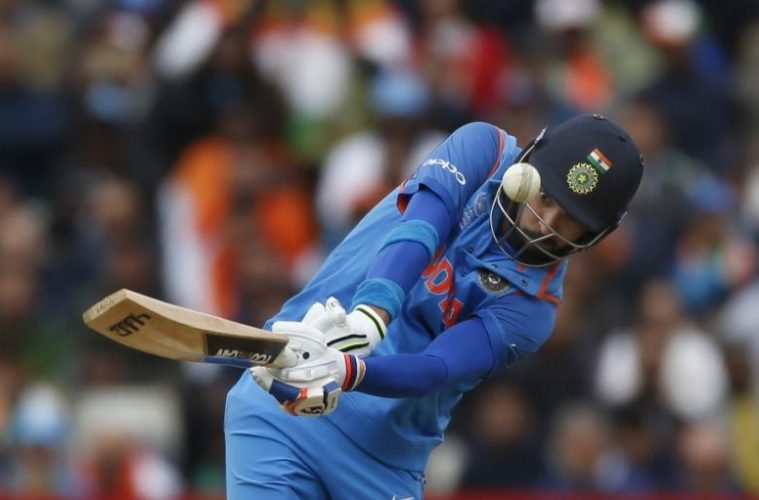 The India-Pakistan Clash That None Of Us Wanted

My first memory of India vs. Pakistan encounter is when Jadeja was thrashing them left, right and center. No, not this one, I am talking about the original Jadeja; Ajay Jadeja. He made sure he whacked Waqar all around the park. And then came the turn of Venkatesh Prasad. I am talking about 1996 world cup. If you are initiated into India Pak rivalry in such an era, you are setting yourself for a life of abusive relationship with cricket. You stop loving the vanilla flavored matches where your team is set to win. You want to bite your nails and tear your hair. Obviously, you want to hurl abuses to the TV and call out to gods.

Unfortunately, this was a vanilla flavored match. Call it my age but as a fan, I just didn’t feel scared of the Pakistani team anymore. The patriot in me is loving the fact that India won, the cricket lover animal in me hates the fact that Pakistan did not even put up a fight. The India-Pakistan clash of Champions Trophy 2017 will be remembered for many things but not for the fabled fighting spirit of Pakistanis of yore when Wasim, Waqar, Shoaib, Aaqib would breathe fire down the necks of Sachin, Sourav, Sehwag and Dravid.

The duo of Rohit – Shikhar started cautiously and rightly so. Mohammad Aamir started the opening spell and Rohit missed edging a couple of balls to the keeper. The ball was swinging, pitch looked mean and Aamir looked spirited. Sadly, this was the best over for the Pakistanis from a psychological point of view. Everything went downhill after this. Indian openers took their time and made sure they were sure footed before they went on with their business. One decision by the Paki captain that left many of us bamboozled was when he brought on Imad Wasim, the spinner, in the second over after a fabulous first over by Aamir. Had he done his research, he would have realized that Rohit averages 58 odd runs against spinners and only 38 against pacers. To top that, this was done on a swinging pitch!

First 10 overs were spent cautiously. By cautiously I mean, first 4 came in fifth over brand of cautiously. But slowly and steadily they started flexing their muscle and cruised on to make their respective half centuries. Shikhar departed after scoring 68 of 65 deliveries and a beautiful six over deep mid wicket to Shadab Khan. Kohli came in to replace him and somehow, Kohli did not seem like Kohli. The balls he usually easily lodges into the boundary ropes were mistimed and he was visibly frustrated with himself. Rohit on the other hand started to show his true colors with a six and a four to Wahab Riaz. But that was the last of him in this match. He soon was run out on 91 trying to steal a quick single. 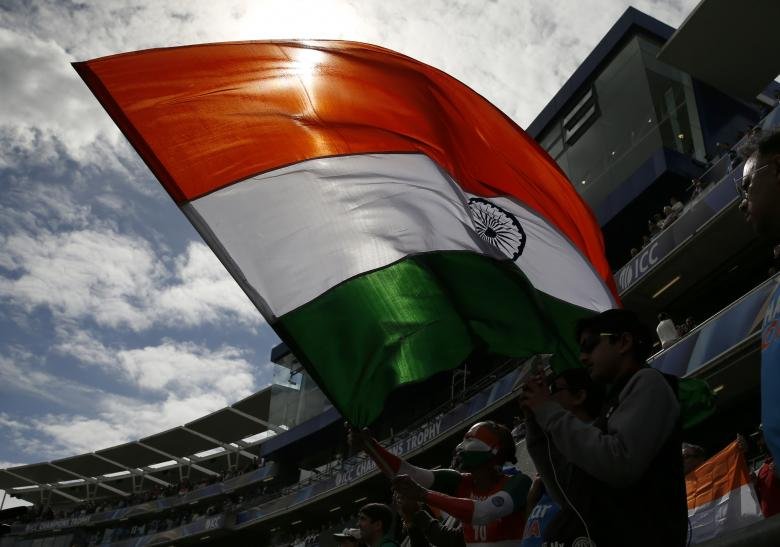 And here ladies and gentlemen, tide turned. What was so far a dull match, changed for good because Yuvraj Singh walked in and in his head, he was batting in 2007 and not 2017. What we saw was vintage Yuvraj. He brilliantly took the pressure off Virat and in the process hit some majestic boundaries. Pakistani fielding was abysmal and they dropped Yuvraj singh in the 39th Over. And frankly, match was evenly poised and they had succeeded in reining the batsmen in till 39th over when India’s score was 206/2. From there on, game changed. Yuvraj went on to play a scintillating knock of 53 on 32 balls. Capt. Kohli hit first six to Hasan Ali in 45th Over and his pent up anger came out in the form of traditional “Hatt Bhenchod!” From there everything he hit went past the boundary. Some majestic shots.

By this time game had been reduced to 48 overs due to frequent interruptions by rain. After Yuvi’s return to pavillion when Hardik Pandya was sent in to bat, many Dhoni fans including yours truly went “Hatt Bhenchod”. But my oh my! He welcomed Imad Wasim with 3 long sixes in first 3 deliveries of the final over. Needless to say, the term “Hatt Bhenchod” had to be used 3 more times! India ended the first innings on a high leaving a target of 324 for Pakistan. This is where it stopped being a contest and became a formality instead. 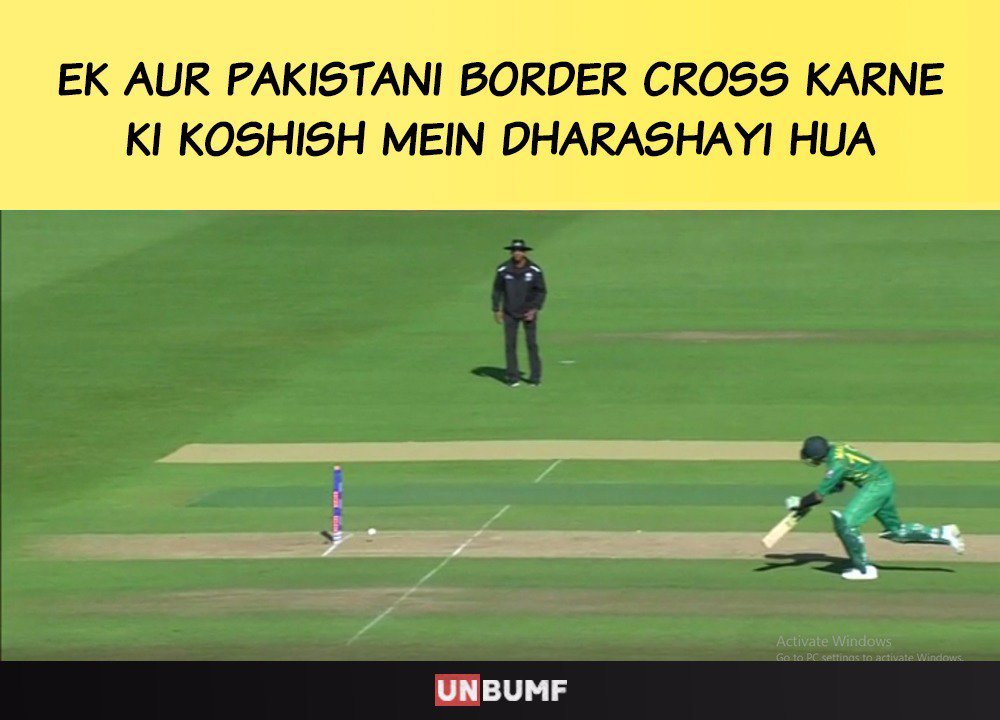 Pakistani batting display was so paltry that I shall not bore you with much. After another bout of rain interruption, target was revised to 289 in 41 overs. Only score of any significance was of opener Azhar Ali who scored 50 while his partner Chinese Kohli- Ahmed  Shahzad, reached double digits, thanked his stars and went back to chill in the dressing room. 9 Pakistani players were all out scoring 164 runs and Wahab Riaz couldn’t bat due to an injury.

For the love of game, we want a better Pakistani team. It’s no fun being a Superhero if there is no Super Villain. BCCI needs to adopt Pakistan cricket team and nurture them till they can give a challenge at least.

(For the ones who want to see the scorecard, please click: here)