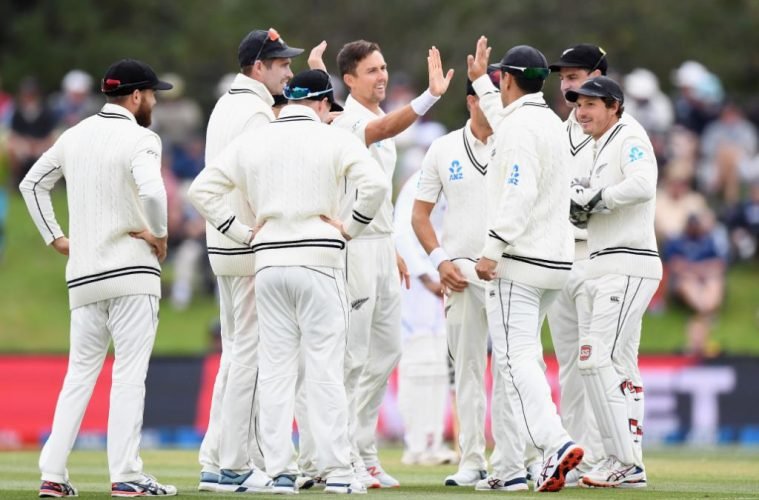 The grass is always greener on the other side. The Indian batsmen may well be aware of the fact after facing the onslaught from the Kiwi bowlers. When was the last time an Indian team faced such a rousing defeat in New Zealand. 2014 was quite competitive and more about India giving it away than the Black Caps. This tour is reminiscent of the horrors in 2002, the only time India was whitewashed at the Kiwi’s den. A striking coincidence is that back then, India had lost to the hosts by ten wickets at Wellington in the first test. The way New Zealand openers batted today, the margin could’ve been quite similar in the second Test as well.

India’s best batsman in the series was Mayank Agarwal whose average was a paltry 25.50. Given the pitches in New Zealand, everyone knew that the bowlers would dominate. Underpreparation would be a very small term for a batting unit that has failed to cross 200 thrice in four innings. The bowling too couldn’t match the reputation they had created in the last few years as they could only account for 23 wickets of the hosts at an average of 31.48. Compare that with India’s average of 18.05 runs per wicket in the series and you get to see a drastic difference. 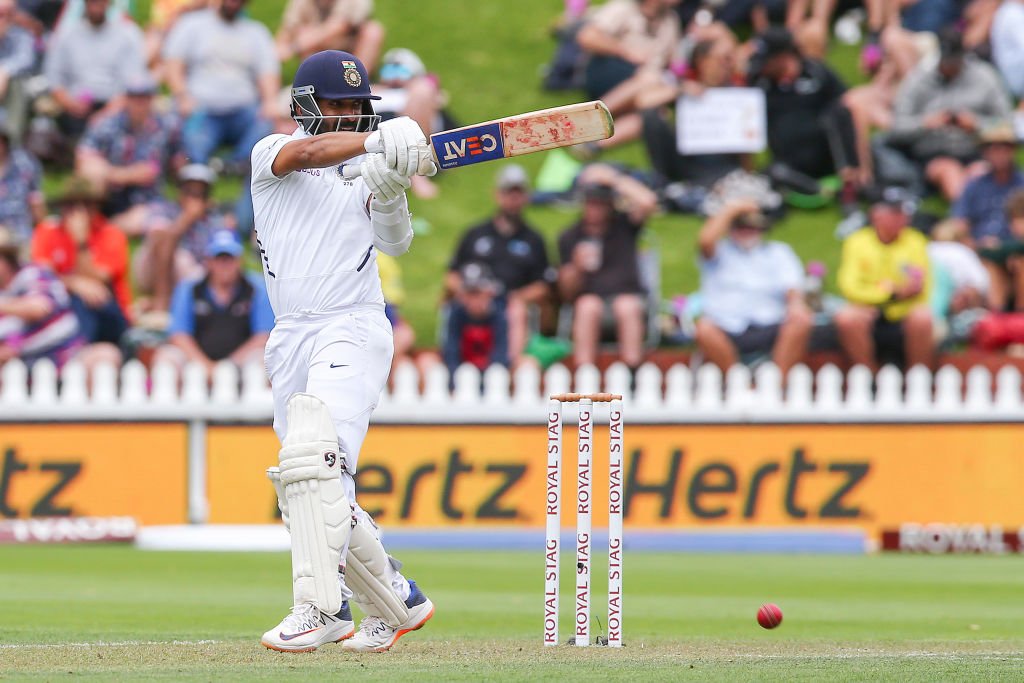 As the No.1 ranked Test team walked out for their first big challenge in the ongoing ICC World Test Championship, they were undefeated. With 7 wins out of 7, India already had one feet at Lord’s. Within the first 20 overs, two of India’s most experienced batsmen were back to the pavilion. Kyle Jamieson on his debut had accounted for both Cheteshwar Pujara and Virat Kohli. Only Ajinkya Rahane displayed some mettle as the rest of the batting lineup fell like a pack of cards. India were folded up for a total of 165 with Tim Southee and Jamieson getting four wickets each.

As for the New Zealanders, Kane Williamson and Ross Taylor stitched a crucial partnership at the middle. However once both got dismissed, the home team was reduced to 225/7. Old habits die hard they say. The tailenders continued to irritate India overseas as Jamieson and Trent Boult began attacking the Indian bowlers. Both took the Kiwis to a respectable total of 348. Trailing by a margin of 183 runs, Mayank Agarwal scored the first and only half-century for India in the Test match as Boult went on a rampage.

While India continued to lose wickets, there were slim chances as Rahane and Rishabh Pant occupied the crease with 148/4 on the board. What followed was a collapse as India were all-out for 191 runs. Southee completed a five-wicket haul and also won the Man of the Match.

Not good enough at Christchurch 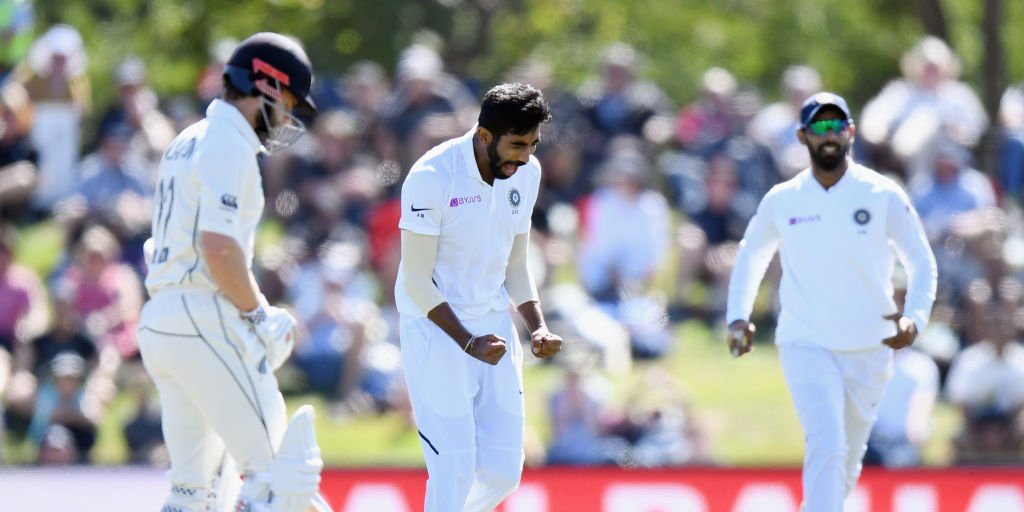 For a change, Prithvi Shaw batted with great composure and registered his first fifty since his comeback to international cricket. While the likes of Mayank, Kohli and Rahane were dismissed cheaply, India were still in a good position at 194/4 with Vihari and Pujara having completed fifties. That’s when the batting order underwent another collapse as the visitors were reduced to 216/9. Some cameo by Shami amd Bumrah helped take the total to 242. New Zealand were off to a good start before their middle order collapsed again. From 109/2, they were reduced to 177/8.

Again, India let off the pressure as the tailenders Jamieson and Wagner put up a ninth wicket partnership of 51 runs. Mohammed Shami finally broke the partnership as he got the last couple of wickets to finish with 4/81. India had a chance to make things right but they ended up putting forward their worst batting display in the series so far. The World No.1 team was all out for 124 runs. New Zealand who needed 132 runs to win the game were off to a spectacular opening stand with both Tom Latham and Tom Blundell scoring fifties. The hosts won the game by seven wickets eventually with two days to spare. 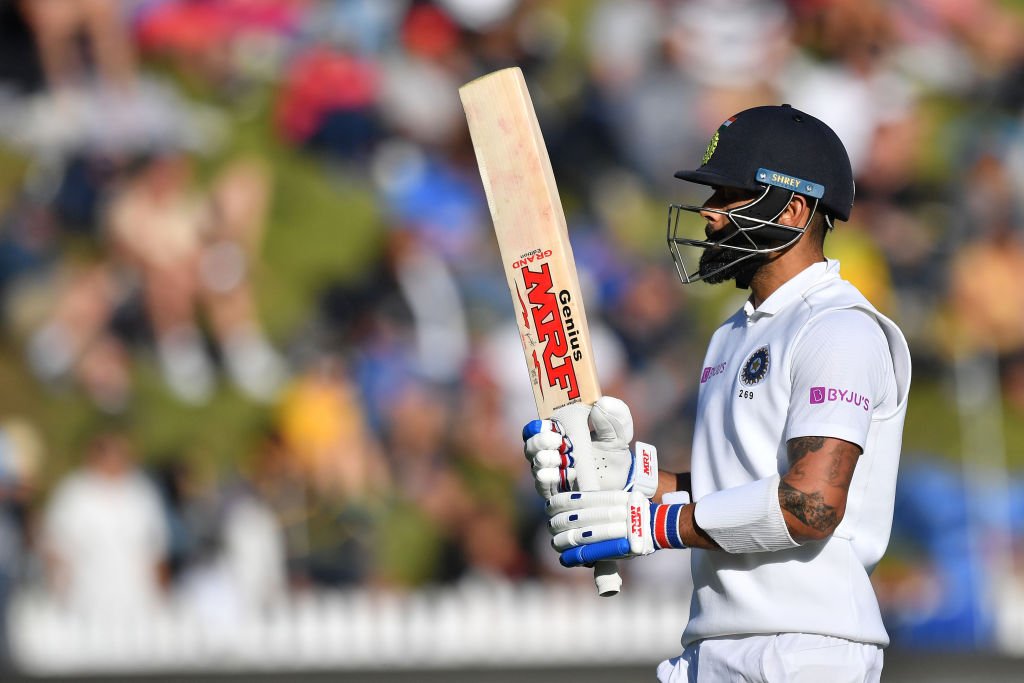 This was the first ever whitewash faced by Virat Kohli the captain in Tests. However the major concern for India will be losing out on crucial 120 points in the World Test Championship. Their next assignments are against Australia Down Under followed by England at home with nine Tests to be played which makes the task even tougher. India have plenty to worry about. Virat Kohli’s failure with the bat hurt Indian prospects. Even the likes of Ajinkya Rahane and Cheteshwar Pujara was nowhere near extraordinary. The inexperienced duo of Shaw and Mayank wasn’t consistent at the top and the lower order too failed resulting in frequent batting collapses.

Coming to the bowling, no one seemed to be bowling the right lengths except Ishant Sharma. However, his fitness concerns have been a major issue for India. Jasprit Bumrah who came back from an injury and struggled to get going initially finally got in the groove in the second Test which was the only positive for India. Shami too couldn’t get it right continuously. With the Indian team not playing a single Test in the next nine months, it will be interesting to see how they embrace the challenge after the T20 season. The road from here is surely not going to be a cakewalk for India.

Find our other articles on test cricket, here.