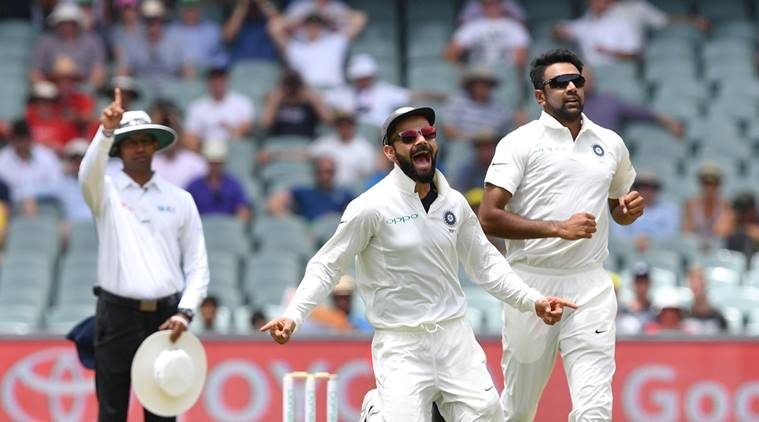 India Vs Australia First Test: Pujara Rises To The Occasion At The Adelaide Oval

After a decade, India managed to register their first victory in Australia. On a day when most people are going through Monday blues, the Virat Kohli led men achieved a scintillating victory. The Baggy Greens did put up a brave front though it was a little too late. Throughout the Test match, the momentum kept shifting but India eventually had the last laugh.

Since India have always been slow starters to any overseas tour, the win was really special. The Test match didn’t begin on a great note for India. However, they slowly found their way into the game. Australia on the other hand displayed great valour but their batting was a huge let down. This was India’s third victory in overseas tests this year after Johannesburg and Trent Bridge.

There has been considerable criticism over Pujara’s poor form outside Asia and rightly so. The right hander was even dropped for the first Test in England. However, after his century at Southampton, there were glimpses of his mettle. Coming out to bat at No.3, he stayed at the crease for almost a day to get India out of the woods. Batting first, India were reduced to 19/3 with the openers and captain Virat Kohli back to the pavilion.

Ajinkya Rahane continued his poor slump while Rohit Sharma’s love for stupidity had no bounds. In the midst of it all, Pujara led the Indian team to a decent total. A slow but staggering knock that irritated the Australian bowlers at an infuriating level. A magnificent knock of 123 runs that comprised seven boundaries and two sixes. The likes of Rishabh Pant and Ravichandran Ashwin made important contributions as India posted 250 on the board.

Head and Tail to Australia’s rescue

The Australian batting order without Warner and Smith was always going to be problematic, especially after what we witnessed in the UAE tour. Ishant Sharma had Aaron Finch’s stumps flying all over in the very first over. Ravichandran Ashwin got some turn in the pitch as he accounted for three wickets. The Indian bowling was tight as Australia were soon reduced to 127/6.

India’s ghosts came back to haunt them. Their inability to restrict the lower order quickly cost them dearly. Travis Head who was a doubtful starter at the beginning of the Test proved his valuability in the Australian batting. Playing a watchful knock of 72(167), he took the hosts to 235-8. That’s when Mohammed Shami who had gone wicketless till that point took consecutive wickets to get done with. India had a lead of 15 runs.

The GoAT Lyon leaves his stamp at Adelaide

Contrary to the first innings, India were off to a better start. However, the openers still failed to inspire much confidence. While Murali Vijay was dismissed early, KL Rahul looked good for a decent amount of time. However, he got out playing a ridiculous shot. Pujara was back to the crease and his old fashioned style of playing Tests was enough to annoy the Australians. Kohli too joined in though he was dismissed for 34(104) by Lyon. While Pujara didn’t score a century this time, his 71(204) totally broke the momentum of the Aussies.

Rahane too capitalized and scored 70 runs. Pant who came with the license, let himself loose on the bowling lineup. He decided to go after Lyon who had been Australia’s best bowler in the innings. Hitting him for three consecutive boundaries followed by a six, Lyon returned the favor by getting him outdone in the next over. Unlike the Australian lower order, the Indian batting faltered like a pack of cards. From 303-6 to 307 all out, the likes of Ishant and Shami were dismissed for ducks. Nathan Lyon ended with figures of 6/122.

A target of 323 was never going to be easy. The Australian batting order again kept losing wickets at regular intervals. The likes of Usman Khawaja and Peter Handscomb failed to make much of an impact again. India needed 6 wickets to win on the last day while Australia had 200 odd runs more to chase. Experienced campaigner Shaun Marsh stuck at the crease for a while as he scored a half century. The hero of the first innings Travis Head failed to withstand a short one against Ishant.

At 187/7 after Tim Paine’s dismissal, it seemed that India were just minutes from wrapping it all up. However it was the tailenders that again tried to spoil the visitors party. Pat Cummins was in the middle for 121 balls while Starc and Hazlewood batted for close to 100 balls together. After his atrocities with the ball, Lyon started hurting India with the bat as he raced his way to 38 runs not out. The situation became really tense in the middle as the match could’ve gone either way.

That’s when KL Rahul held on to a fantastic low catch at second slip as India won by just 31 runs. Coincidentally the same margin by which they lost the first Test against England at Edgbaston. Skipper Virat Kohli’s jubilation was visible especially after the heartbreaking memories from 2014. Cheteshwar Pujara was awarded his first ever man of the match award outside Asia. While the competition was close, there’s no doubt that India were the better team in the last five days. They go to Perth with an upper edge in the series now.