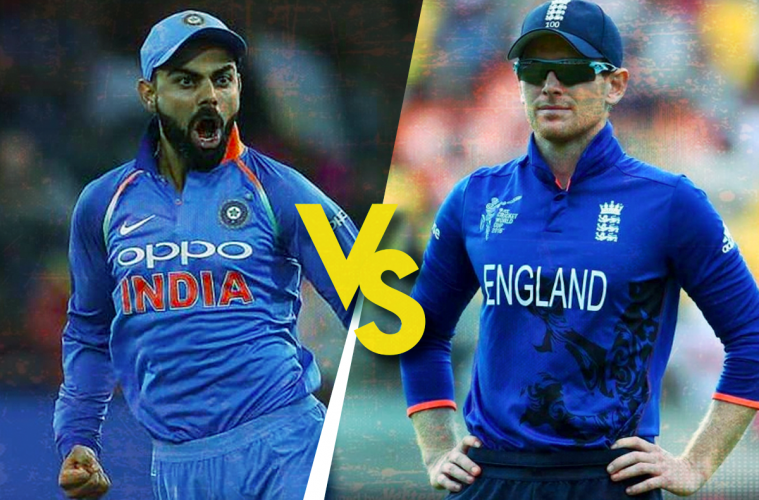 The Indian Tour of England has been eagerly awaited by the cricketing universe. Owing to recent performances and their status as the No.1 ODI team, the Englishmen would obviously start as favourites. The way they tormented the Aussies was sensational. However, India has always been known as a great limited overs side. In fact, the Indian team hasn’t lost a single ODI series against England since 2011. However, when it comes to the T20Is, the hosts have an upper hand.

Here we analyse the Indian squad, stating their strengths, weaknesses, opportunities and threats ahead of the series. 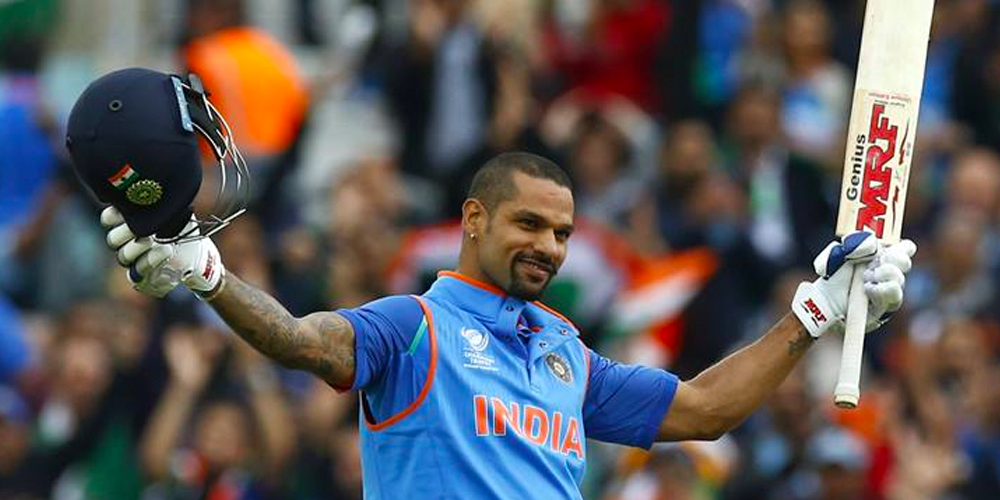 The Indian batting lineup has always been a dominant force. A top order comprising of the ever talented Rohit Sharma and an elegant Shikhar Dhawan who enjoys a batting average of 73.67 in England. While the opening combination has been one of India’s greatest pairs in One Dayers, the recent performances of KL Rahul have given India some selection headaches in the T20Is.

Virat Kohli’s presence at No.3 is a phenomenon for India. He would undoubtedly be looking forward to stamp his authority in England as well. The return of Suresh Raina will certainly allow MS Dhoni to play with freedom at the middle order. Considering his fascinating form in the IPL, a lot will be expected from him.

The presence of Dinesh Karthik and Hardik Pandya provides India with a lot of batting options in the lineup. The bowling looks good with Bhuvneshwar Kumar to lead the attack. He has a lot to take from his previous tour where he was extraordinary with the ball. The wrist spinning duo of Yuzvendra Chahal and Kuldeep Yadav have been consistent even in unhelpful conditions. 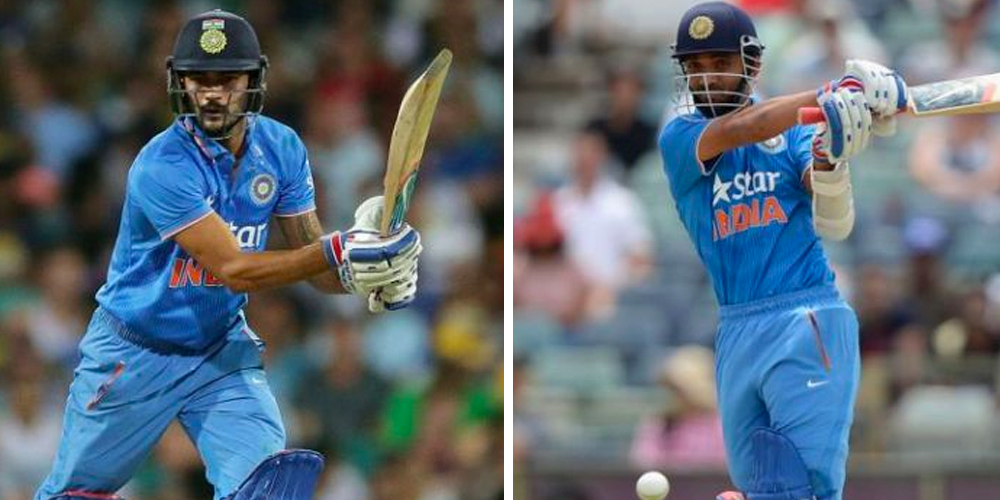 While the top 3 have been in some amazing form, it’s the middle order that has always had a question mark. India have tried a good number of players in that position. All of KL Rahul, Kedhar Jadhav, Manish Pandey, Ajinkya Rahane, Shreyas Iyer and Dinesh Karthik have got a chance. However, each one of them has failed to claim that spot as it still remains up for grabs.

Suresh Raina is returning to the ODI squad after almost 3 years. It will be interesting to see where he bats, the middle order or the lower order. Manish Pandey is a weak link in the batting side for the T20Is though he may not get a game after his latest outing against Ireland. However, the biggest problem for India is the pacer’s department. The absence of India’s prime bowler Jasprit Bumrah is surely going to hurt their prospects.

With batsmen like Jos Buttler and Ben Stokes expected to bat during death overs, India need to come up with something extraordinary to stop them. Hardik Pandya can bowl well but you don’t want to rest your hopes on him to take wickets. Also, with the flat pitches seen in the recently concluded England-Australia series, the Indian bowlers better be wary. 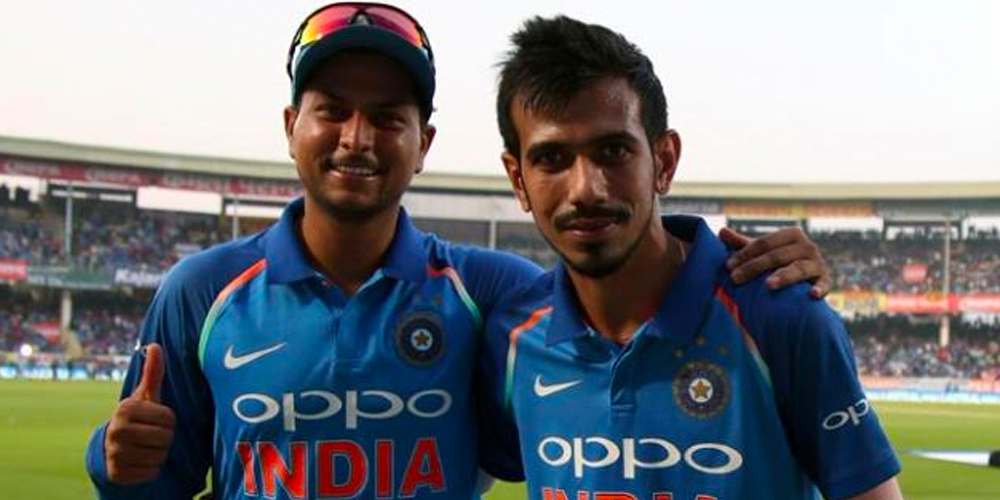 The Indian team has a great record when it comes to the One Dayers in England. Alongside the bilateral series wins, their success in the 2013 Champions Trophy as well as being the runners up in 2017 Champions Trophy is a sublime proof of the same. They have a good chance to get acclimatised to the conditions before coming here again, next year for the World Cup.

The batting seems to be quite in shape with the availability of so many options. The top order will give a tough time to the opposition on a flat deck. Bhuvneshwar Kumar swinging the new ball in English conditions is going to be a delight to watch. If he can account for the early wickets of England openers who have been in splendid form, it may well open the gates.

The wrist spinning duo of Yuzvendra Chahal and Kuldeep Yadav have been in some phenomenal form over the last one year. They have managed to outfox the opposition with their variations almost every time. Their bowling in the middle overs is going to be crucial in determining India’s fate in the series. Also, with England players not known for their batting against spin, it makes for an exciting contest. 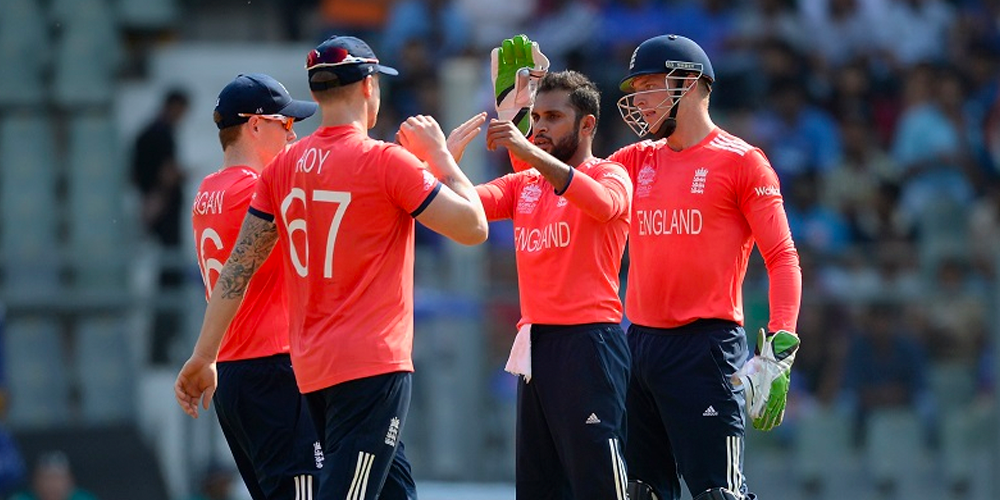 While it’s a short limited overs series, India’s over reliance on the top order is worrisome. Virat Kohli doesn’t have a great record in England and facing his old demons would be the last thing India want in this series. While Indian batsmen have been good players of spin, they would be wary of the threat imposed by the duo of Moeen-Rashid who have been in spectacular form.

In the absence of Bumrah, Bhuvneshwar Kumar is expected to shoulder a lot of responsibility. While Umesh Yadav was good in the IPL, he isn’t a reliable death bowler as seen in the past. Siddharth Kaul did well against Ireland in the T20Is but he is still inexperienced and the same goes for Deepak Chahar. With the kind of batting form displayed by England recently, the bowlers cannot afford to commit errors.

Jason Roy announced his return to form against the Australians. Jonny Bairstow has four hundreds in his last 8 innings. Jos Buttler has been magnificent whether it’s opening the innings in T20Is or finishing it in ODIs. If the Indian bowlers can somehow manage to keep them quiet, then the visitors have a great chance of applying brakes to their innings. Otherwise they may well take England home.