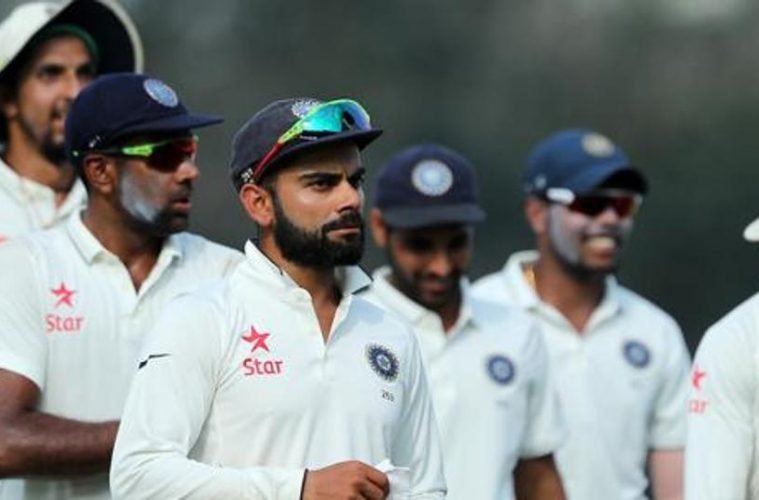 The Mecca Of Cricket witnessed a rain interrupted affair between India and England. The performance of the visitors was so disappointing that inspite of the first day being washed out, England won with one day to go. As Ishant Sharma walked back, a sense of disappointment arose in the Lord’s balcony of the Indian dressing room. Completely contrasting to the 2014 outcome at the same ground.

The glum faces of the Indian players were reminiscent to that of India’s previous tours to England. While the 2011 event was more like a catastrophe, the 2014 series did provide a glimmer of hope initially before crushing all of them. If nothing, this game was more a reminder of the fifth test match at Oval where India lost by an innings four years ago.

After Rain Gods took over Day One, the next day saw Joe Root opting to bowl first in overcast conditions. India knew they were in trouble with the moving ball and the swing being generated. As Jimmy Anderson began the proceedings, little did India knew what he was about to inflict upon. After completely outfoxing Murali Vijay, he had KL Rahul edging an outside off delivery. If that wasn’t already worse, a confusion in the middle resulted in Pujara’s run out.

15/3. All down to Virat Kohli again. And this time he had  Pujara’s wicket to make up for. The constant rain interruptions didn’t help India’s cause. If Anderson was firing cylinders, Chris Woakes was probably bowling the spell of his life. The right arm medium pacer finally accounted for his RCB captain after a missed chance in the previous ball. India’s worst nightmare had come true.

The England pacers were displaying a stupendous show of fast bowling. The trouble continued for India. Sam Curran bowled an absolute peach delivery to Dinesh Karthik who stood no chance. Ajinkya Rahane continued to repeat his mistakes. India barely managed to cross the 100 run mark before getting all out. Jimmy Anderson finished with figures of 5/20 in what was an outstanding spell.

Same old story: India gaining momentum and then throwing it away

Following the events that transgressed on Day 2, India may have already regretted not playing an extra seamer. After a series of poor bowling, Ishant Sharma and Mohammed Shami struck in consecutive overs to bring India into the game. The first session ended on a good note as Shami also got rid of Joe Root just before lunch. Inspite of conceding the lead, Jos Buttler’s dismissal offered India an opportunity as England were reeling at 131/5.

However what followed was a magnificent 189 run partnership between Chris Woakes and Jonny Bairstow which drove India out of the game. It took third seamer Hardik Pandya to end the misery for India after more than 40 overs. While Woakes registered his maiden Test century and had his name mentioned at the honours board, Bairstow just fell short of his sixth hundred. The Englishmen continued to rub the wounds as they batted for a fair bit on Day 4 before declaring.

In 2014, Murali Vijay fell five runs short of a century at the Home of Cricket. This time he ended up registering a pair as Anderson got his 100th wicket at Lord’s. KL Rahul followed as India stared an innings defeat. Ajinkya Rahane who walked in at No.4 had a fantastic chance to make it count. However, he blew it away trying to flirt with an outside off delivery. Stuart Broad bowled one that went through Pujara’s gates and knocked his off stump. Virat Kohli got dismissed early while Dinesh Karthik continued his trend of getting out to different bowlers in this series so far.

61/6, trailing by 228 runs, India weren’t looking good to score even 100 runs. That’s when the duo of Ravichandran Ashwin and Hardik Pandya played some attacking style of cricket as India had their first fifty run partnership in the game. It didn’t last long enough to make a difference for the visitors. Pandya was dismissed for 26, which was more the combined total of Vijay, Rahul and Karthik in both the innings. The pacers didn’t take much time to wipe away the tail as England registered an astounding victory by an innings and 159 runs.

Take-downs from the game

If the last game displayed how Kohli is a one man army of the Indian batting lineup, this match exhibited how the kingdom falls apart when the lion fails. India failed to last more than two sessions in both the innings. The Indian batting sans Kohli looks nothing more than a stack of cards piled up one upon the other waiting to take a fall. Moreover, there are a reasonable number of questions right now than answers for the current scenario.

Two of India’s most experienced players right now have faced the music in the past. While Ishant Sharma had his horror in the 2011 series averaging 58.18 with the ball, Virat Kohli had a batting average of 13.40 in the 2014 tour. Both came back with splendour performances to shutdown their critics. The whole team needs to stick together and inspire confidence from the duos performances. If India are to create a turnaround from here on, both the coach and the management will have a huge role to play.